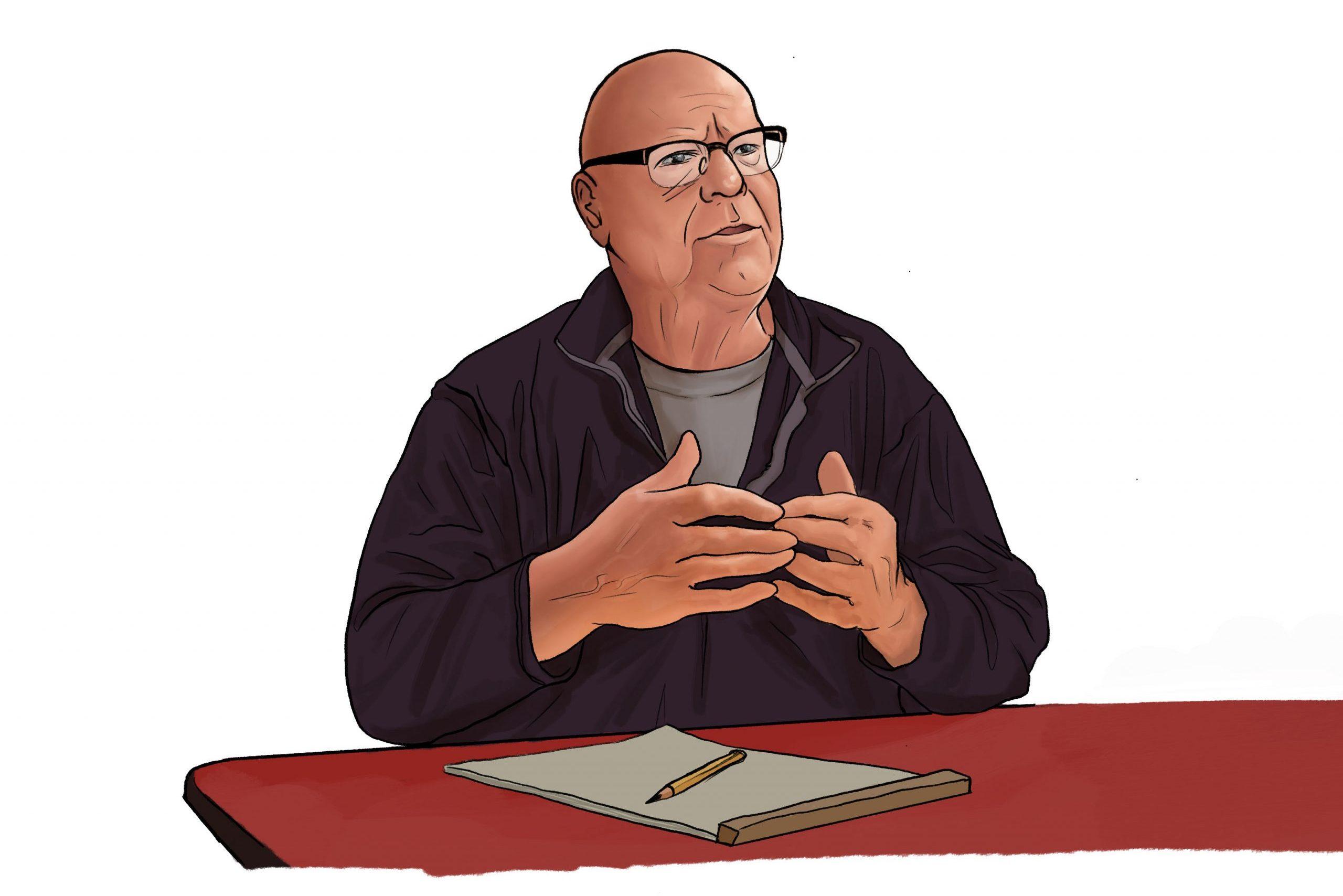 THE THIRD WAVE, REVISITED — In 2016, Verde Magazine had the opportunity to speak to Ron Jones about the Third Wave social experiment and its relevance to the controversial 2016 election. Now, on the eve of the next election, Verde spoke to Jones once again to find out his perspective on the current political climate. "Once we're a part of a group, we want to defend that group," Jones said, referring to the polarization of political parties in America, especially today. Click the play button to watch the full video. Art: Samantha Ho

The Third Wave: Tides of tension: A 2016 story and its relevance today

Presented with a raw story idea and much to be uncovered, Verde Magazine staff writers Emma Cockerell and Stephanie Lee had little idea what they were getting themselves into when presented with a unique story idea weeks before the 2016 election. The editors at the time wanted to publish a story on a social experiment known as the Third Wave, conducted by Palo Alto teacher Ron Jones 50 years prior. The student journalists were prepared to reflect and report on the anniversary of this monumental event, but quickly realized that the tale they were enlisted to tell was far more than just a narrative about a classroom simulation gone rogue.

As Cockerell and Lee began their process of researching and reporting, they became fascinated not only by the experiment itself, but also by its connections to the election.

Now, four years later on the eve of the next election, our nation stands even more divided. The consequences of the polarization caused by what Jones describes as a government moving towards authoritarianism are more evident than ever before.

After facing difficulty conveying the way Adolf Hitler gained power after World War I to his students, Cubberley High School teacher Jones created a simulation in his class to mimic Hitler’s regime.

He began by engaging in simple activities with his students like creating an official salute to build discipline and community. When Jones returned the next day, he was surprised to see his students continuing to play their experimental roles, and decided to continue the experiment for the remainder of the week.

Over the next four days, the experiment spiraled out of control; Jones’ students started to turn against each other under the guise of loyalty to the wave, and Jones himself began to enjoy his new power so much that he was afraid of ending the experiment and letting go.

This turn of events gave both Jones and his students a clear picture of the influence of authoritarianism.

The Third Wave at 50

While a story about a 1960s social experiment modeling an event of the 1930s may seem disconnected from the present, the writers began to see parallels between the Third Wave and the political climate of 2016. 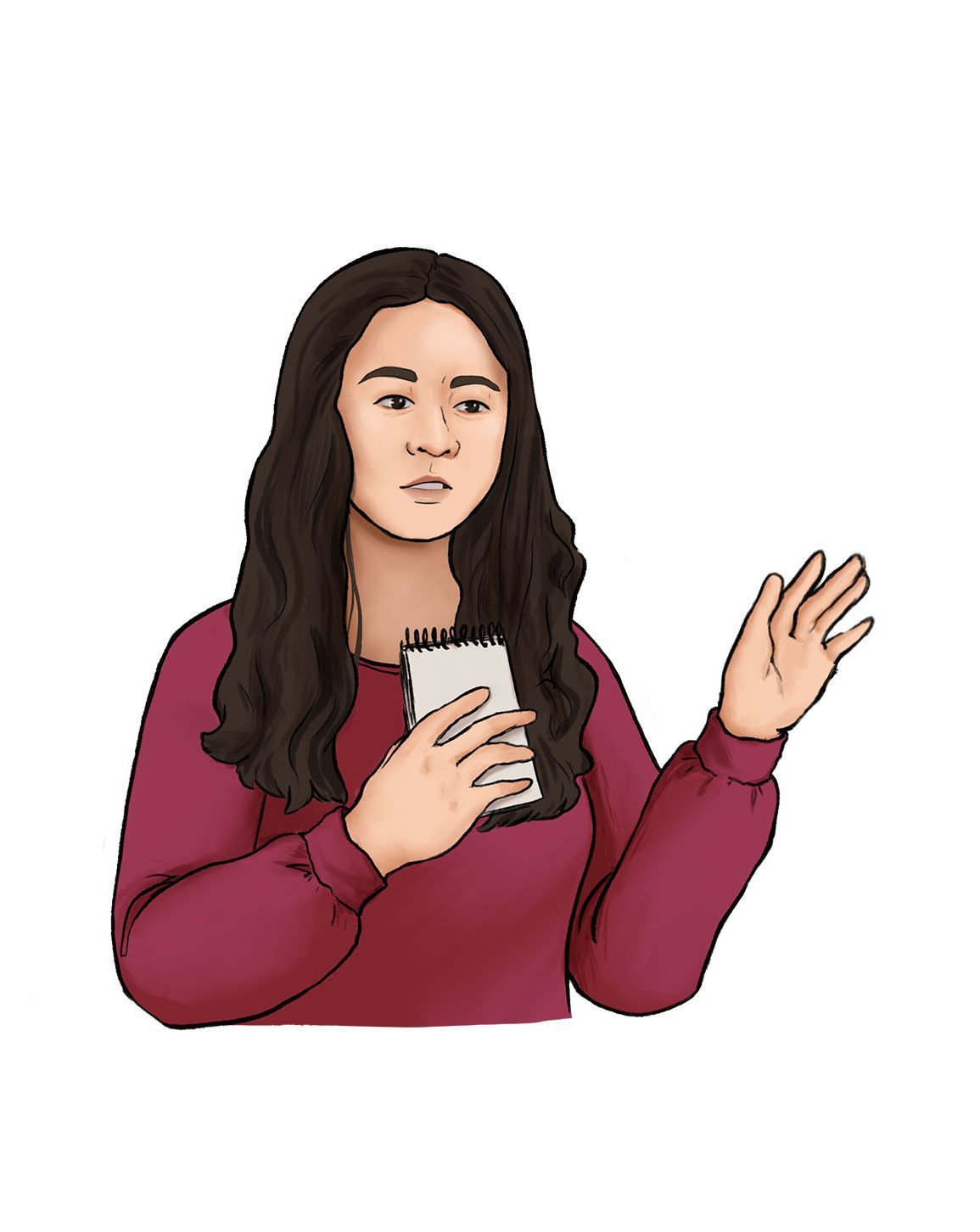 “You could see the striking similarities [between] the kinds of tactics that Jones was employing and the rhetoric that Trump was employing on the campaign trail,” Cockerell recently said.

During an intimate interview in Jones’s San Francisco home, the writers gained incredible insights into the minds of politicians through the teacher’s experience at the head of an authoritarian movement.

“He had a lot to say that he’d held back for so long, but he [Jones] really felt a moral imperative to speak against some dangerous trends in Trump’s behavior,” Cockerell said.

Unfortunately, the story did not ultimately draw as much attention from the press as the magazine had hoped, apart from a video of their interview with Jones that gained 5,000 views overnight. However, both Cockerell and Lee found that the process of researching and writing this story was not just important from a journalistic standpoint, but fundamentally changed them as writers and people. 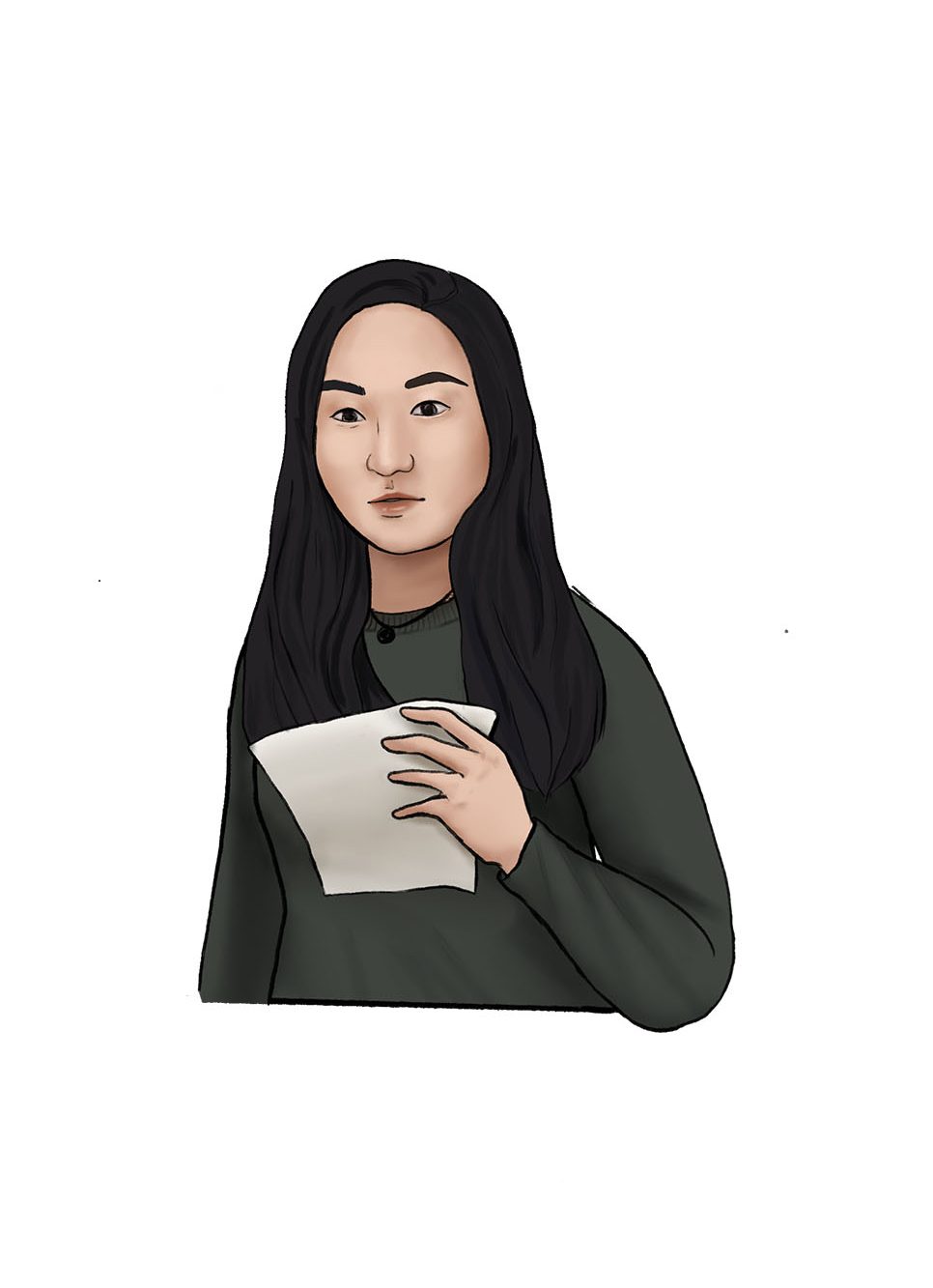 For Lee, it helped her understand the necessity of keeping her point of view separate from her reporting in order to write an unbiased story.

“It [the story] forced me to confront my biases,” Lee said. “It made me realize the need to keep my personal feelings and politics out of reporting.”

Cockerell shared her own perspective on how writing the story affected her mindset towards journalism.

“[I learned about] the idea that there is no objective truth, and all that you write is…the accumulation of a lot of other people’s thoughts and opinions,” she said. “It was a challenge to separate and disentangle his [Jones’s] personal beliefs from a more objective truth.”

The Third Wave at 54

The current political climate is tense for many Americans of all political affiliations. Though the current race is different to that of four years ago, the strategies of fear mongering and ostracizing minority groups are still a prominent political tactic.

A 2019 Pew Research Center study found that the partisan gap is wider than it has been in 20 years. A different study, also from the Pew Research Center in 2019, found that 72% of American Republicans believe Islam is more likely than other religions to encourage violence, a belief that has shown a steady increase since 2016. Muslims are just one group targeted with hateful rhetoric by the Trump administration, and the effects of this as well as a strong message of political animosity is evident.

While a sense of belonging and unity has historically been a key value of American democracy, Mark Hancock, one of Jones’s students and a participant in the original Third Wave experiment believes that events and tension in the past few years have tarnished this feeling.

“America in the last four years has gotten away from that sense of community that has been so good for this country,” Hancock said. “I would love to see more people talk about coming together and [fewer] people trying to pick on other people.”

“I think community is one of the most profound things that we all chase as human beings. We all want to be a part of something.”

Jones reinforced the importance of community in our nation.

“I think community is one of the most profound things that we all chase as human beings,” Jones said. “We all want to be a part of something.”

According to Jones, despite the polarizing impact the current administration has had on our country, the recent rise of protests in response to the killings of George Floyd, Breonna Taylor and many more have united people from across the nation in the fight for justice.

“When I look on the streets and see people protesting peacefully, I see it [America] has potential,” Jones said. “These are big shifts taking place right in front of us.”

Through his experience in the Third Wave, Hancock realized the importance of critical thinking and curiosity — concepts he continues to value today.

“You’ve got to have the curiosity to ask questions and look behind all that [political rhetoric], and not just take it at face value,” Hancock said. “Standing up and getting involved is so important.”

As we wrapped up our recent interview with Jones, he concluded our meeting with a poem that he wrote, which he sang to us before saying goodbye.

“There is a moment”

There is a moment, moment in time that comes to everyone

This moment in time, it’s not expected

Injustice, right in front of you

What will you do this moment that is here today

Will you speak out loud or pray it away

This moment, a choice you must make for silence and fear or risk that will take you to freedom

What will you do

There is a moment

The Third Wave at 50

Ron Jones: After the Wave

The Third Wave: Timeline of events

The Third Wave: Recognition in the media