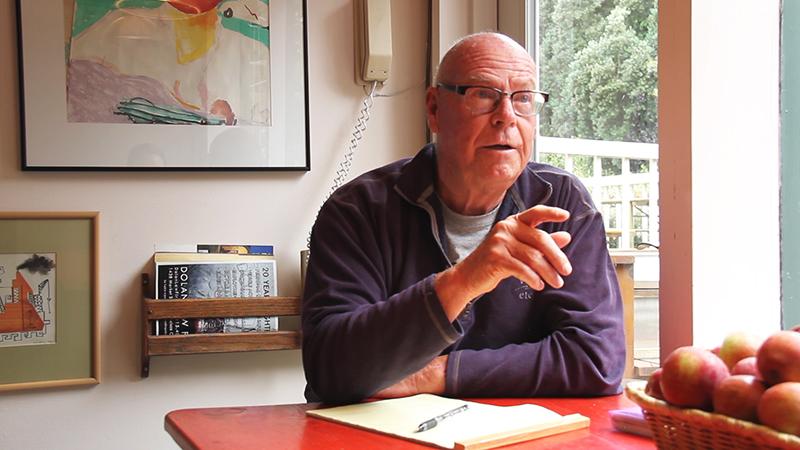 Ron Jones: After the wave

Inside his Haight-Ashbury home, Ron Jones stands in his brightly adorned kitchen, hunched over vintage newspaper clippings splayed on his colorful kitchen table. He picks up one up and laughs.

Many things changed in the 50 years that have elapsed since the Third Wave, a social experiment Jones conducted in which he turned his classroom at Cubberley High School into an authoritarian regime for a week in order to demonstrate Hitler’s rise to power. (Main story about Third Wave here.)

Two years after the Third Wave, the school administration refused to tenure Jones as a teacher, supposedly for reasons unrelated to the experiment. More than 300 students and parents protested the district’s decision, which alleviated Jones’ sorrow; however, he still felt heartbroken, as it had always  been his dream to be a high school teacher and basketball coach.

Jones went on to work at Mount Zion Hospital and Stanford. He late met a woman named Janet Pomeroy at a party, resulting in his next and final job at the Pomeroy Recreation and Rehabilitation Center.

There, Jones spent 30 years teaching mentally and physically handicapped adults, in addition to coaching San Francisco’s first adult Special Olympics basketball team. Even after retirement, Jones helps out in the local community by leading youth theater and performing his own comedy and spoken word.

“I coursed my life into new things, and I am blessed for that… I have great children, great grandchildren, and that’s all that matters,” Jones says.