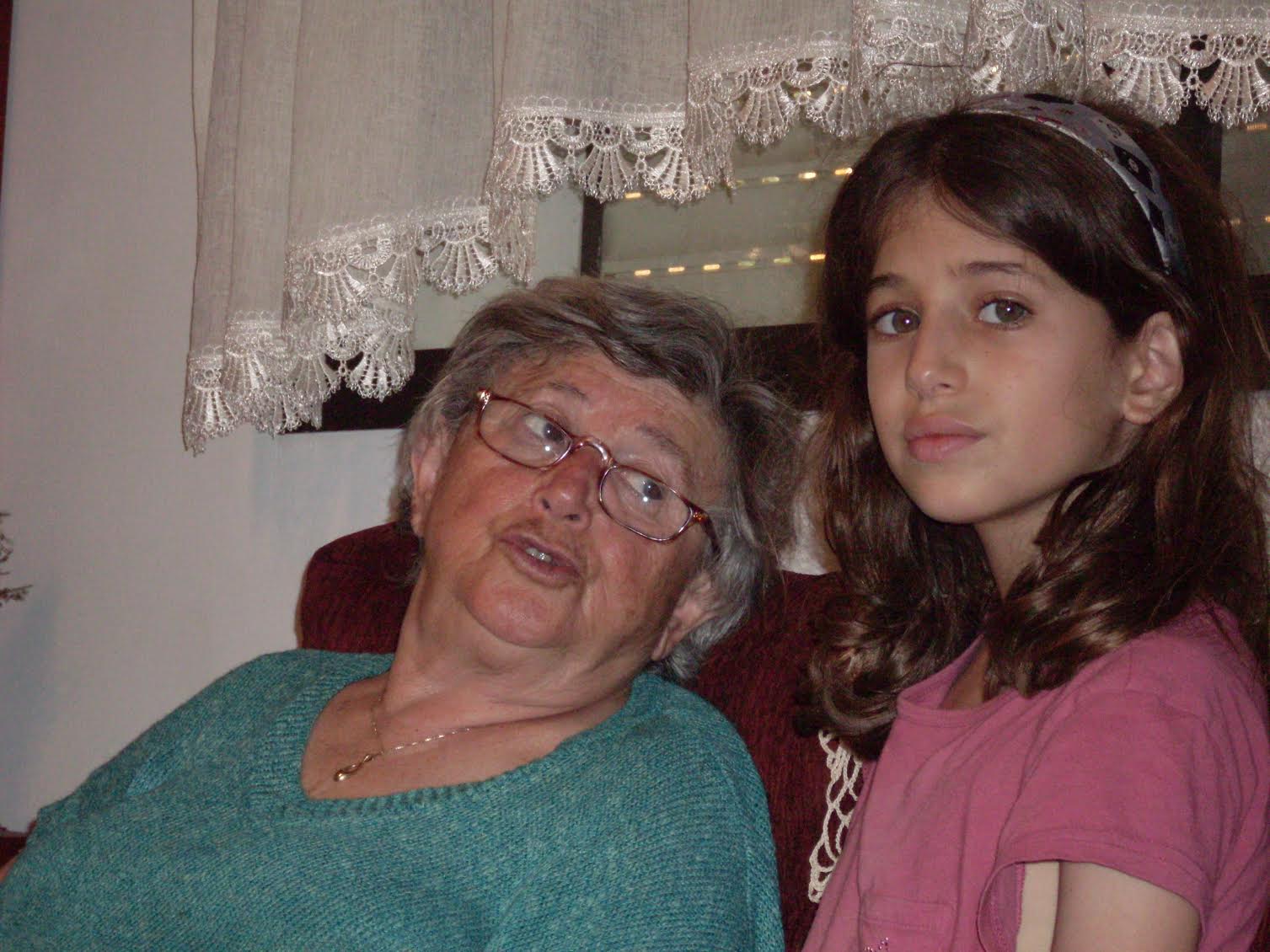 Dear Grandma: Why Haven’t We Learned from the Past?

My grandma at age 5.

It has also been nearly five years since you passed away peacefully, surrounded by your loving husband, children, grandchildren and friends.

A lot has changed in five years.

New words have entered the common English vocabulary such as “twerk” and “selfie,” Justin Bieber is still around and last week I nearly rear-ended a self-driving car.

Innovation has skyrocketed, climate reform policy has been passed, and gay marriage is now legal in the United States

But some things haven’t changed.

Grandma — I wish that I could tell you that throughout these past five years, people have become exclusively more accepting, tolerant and empathetic towards one another, but recently, things seem to have gone somewhat in reverse.

In the past few years Syria has been in the midst of a gruesome civil war that has produced over five-million refugees. And the problem isn’t just in Syria. According to the United Nations High Commission for Refugees, the number of refugees and internally displaced people has been highest since you were a refugee, after World War II, with over 60 million refugees.

This has caused the attention of extremists around the world to be averted from neo-Nazism to supporting fascist leaders who are elected on anti-refugee and anti-Muslim platforms. In the past year, countries such as as Hungary, Romania and France have all elected politicians who encourage anti-foreigner, anti-migrant policies.

These countries are not alone in this era of politically supported xenophobia. In the past year, a new phenomenon has hit the United States — Donald Trump.

You may remember him from his days as a big-shot New York real estate mogul, or from his reality TV show “The Apprentice.” You may remember his outspoken persona, ego-ist remarks and blowhard attitude. Most of those traits still hold true.

Well I don’t know how to tell you this, but Donald Trump is the Republican nominee for the upcoming presidential election, and Grandma, the only way to describe my emotions as the country casts its ballots is terrified.

Trump has captured the hearts of millions of disaffected and disenfranchised voters and built a campaign focused on invoking their nationalistic, nativist attitudes. Many of these voters feel like global trade deals and the current economy, which hasn’t fully recovered since the 2008 financial collapse, let them down. They have succumb to scapegoating others for the problems our country currently faces, which Trump eagerly exaggerates.

Hitler came to power during a time of desperation in Germany. The global economic depression after WWI hit the country especially hard, and millions of people were unemployed, similar to the situation today here in the U.S.

Hitler provided something that other politicians didn’t — a solution. His enthralling rhetoric suggested that Germany wasn’t the problem, rather the victim of Jewish and foreign malice. Hitler’s all-knowing  persona was reassuring, and his promise to make Germany great again was an irresistible glimmer of hope for many Germans.

I doubt that Trump would be a fascist president. It’s hard to believe that America would succumb to becoming a fascist nation — democracy is too core of a value. But his campaign relies on many of the same fascist themes supported by leaders such as Hitler and Mussolini. You would be shocked with the magnitude of support his campaign is receiving. 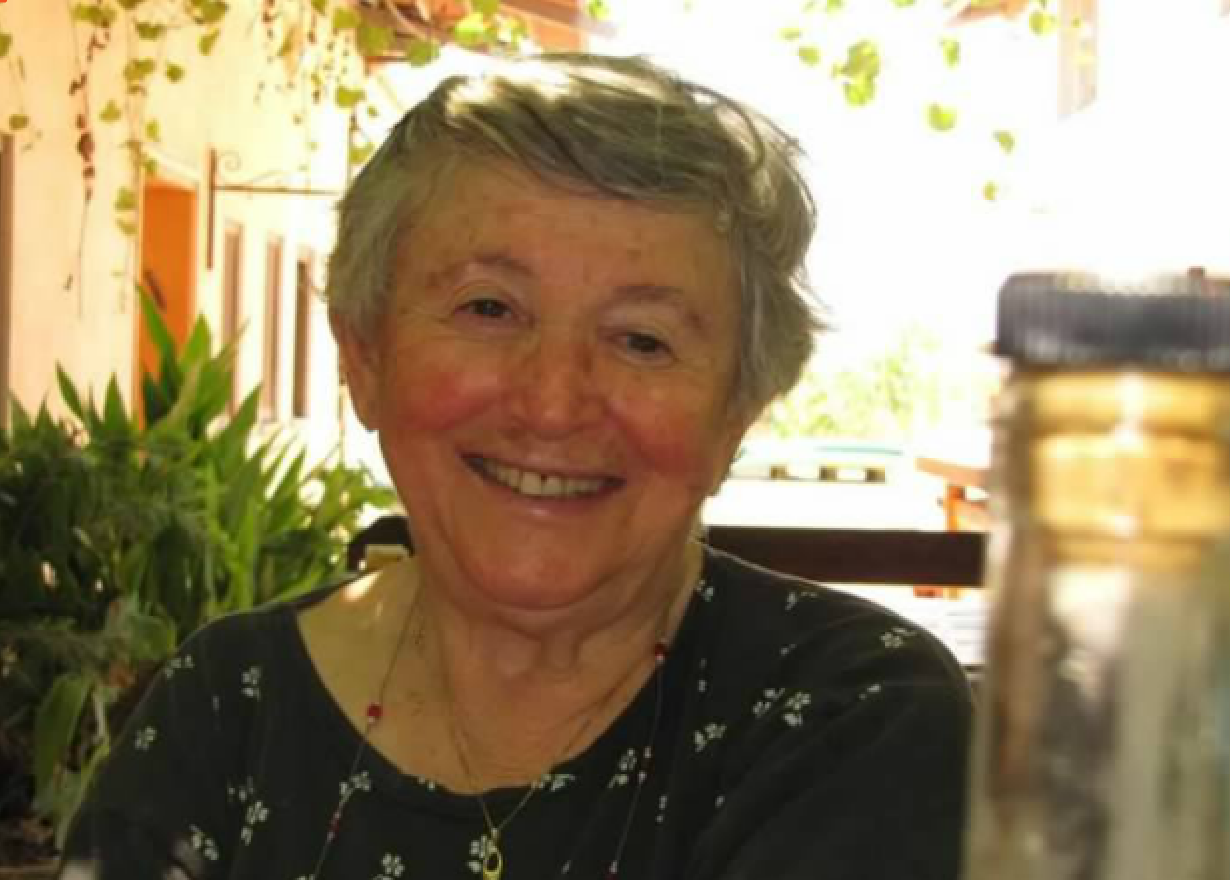 My grandma Cipora enjoying a Shabbat dinner at my aunts house in 2010.

To say that Trump is Hitler is misguided. It undermines the months you survived through the cold Polish winter without underwear, the years of eating potato peels from garbage bins and the abuse you endured. But the similarities between the two demagogues is striking — and too few people seem to care.

Trump’s rhetoric is being overshadowed by his goofy, accentuated persona and ability to turn any statement into a viral meme.

But Trump is not a joke.

No, America is not in the same place where Germany was in the 1930’s, and no, I don’t think that we are on the verge of a second Holocaust. But I know that you deeply valued America’s assurance to view all people as equals, and would agree that we should not allow our fear of the future to turn us back toward the shadows of our past.

After World War II, the global community promised “never again.” While in actions this mostly still proves true, I feel as though people are slowly losing the underlying message of your story.

“Never again” is so much more than just the hallmark of remembrance of the victims and survivors of the Holocaust.

Ands on November 8th, “Never again” means checking the box for the candidate who ensures a bright and safe future for all Americans.

Grandma, “Never again” must be a constant action, that I feel is being forgotten.