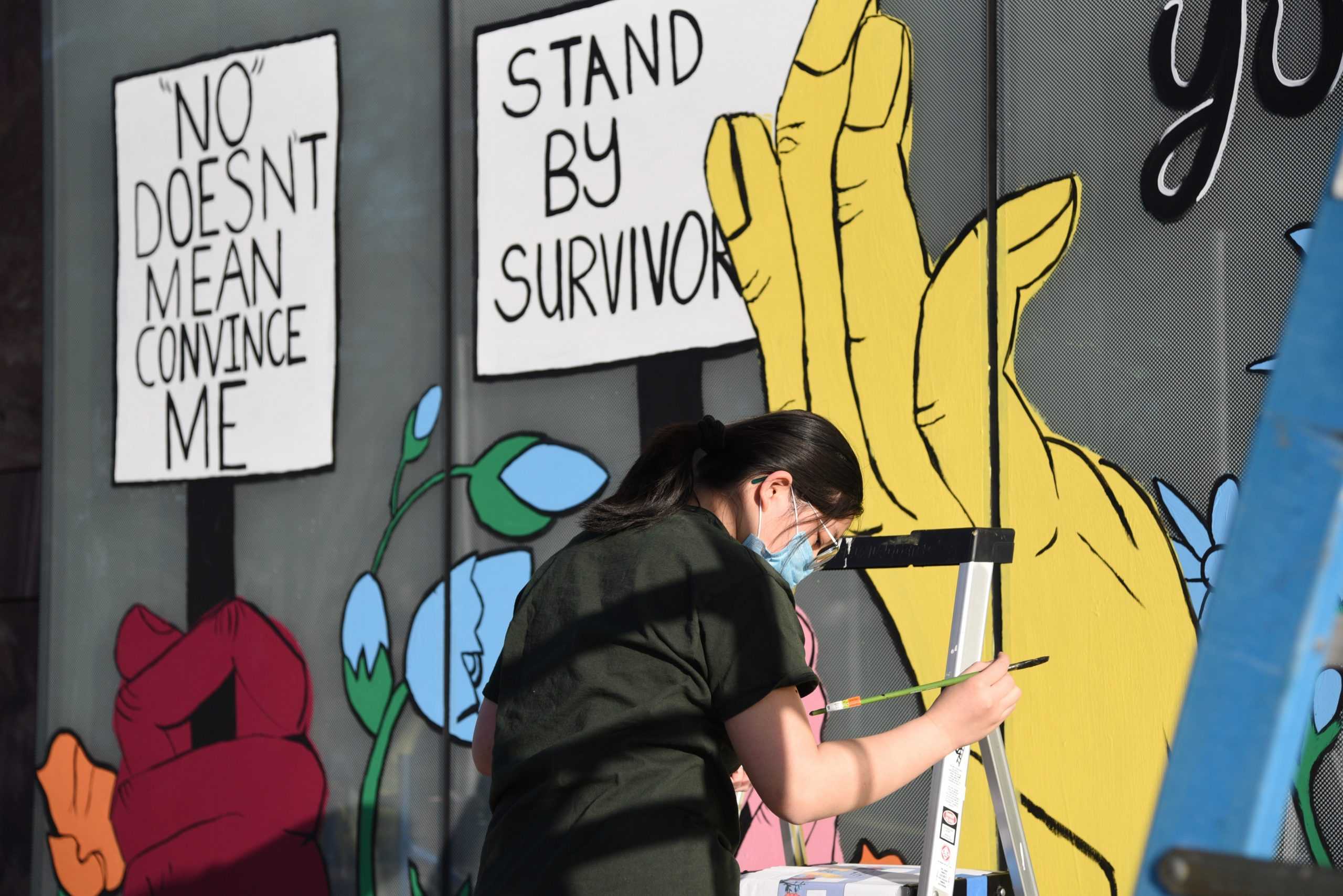 STAND BY SURVIVORS — Palo Alto High School sophomore Johannah Seah paints a section of a mural organized by the Palo Alto Teen Arts Council on March 20 at the Mitchell Park Community Center. The mural project aimed to show solidarity with survivors of sexual misconduct and support them in an uplifting manner. “We want to give an opportunity for survivors of sexual assault to express themselves creatively through this and to do so in a positive outlet,” Teen Arts Council co-president and Paly senior Emma Cudahy says. Photo: Emily Yao

Editors’ note: While most public dialogue surrounding the Palo Alto Unified School District’s handling of Title IX cases by survivors has been negative, those who had a positive experience may be less likely to share their experiences with us. As we attempt to investigate the Title IX process in an unbiased manner, we note that the sources who shared their stories with us may not be an accurate representation of the entire student population, or of those who have interacted with the Title IX Office. All sources have consent from a trusted adult to be quoted in the story.

Content warning: This story contains mentions of sexual harassment and assault, and may be triggering for some. Please read on with caution.

“If people keep getting away with assaulting young women and men then how can anything change?” writes former Palo Alto High School student Rose, a survivor of sexual harassment and rape, whose identity, along with the identities of all other survivors interviewed in this story, has been changed to respect her privacy. “These assaulters will think they did nothing wrong and continue to do it.”

Rose and over a dozen other survivors independently took to Instagram starting on Jan. 24 to share their stories online. The movement they created flooded social media with support for survivors of sexual misconduct while eliciting anger towards perpetrators and the Palo Alto Unified School District administrators who are involved in the Title IX process.

Title IX of the Educational Amendments of 1972 is a federal law that prohibits unlawful discrimination and discriminatory harassment, including sexual misconduct, in schools. The PAUSD Title IX office investigates complaints regarding potential violations of Title IX. The office has been criticized for its handling of Title IX cases many times in the past decade, especially regarding instances of alleged sexual misconduct.

In response to these criticisms, the district adopted the Uniform Complaint Procedure for reporting Title IX cases and created parent and student advisory boards in 2016. These procedures were hailed as the “gold standard” of Title IX processes, and considered a national model when first created.

The district assures students that the process is still up to standard, and student voices are taken into consideration as the process is amended. However, many survivors remain dissatisfied with the way the district handles complaints.

To evaluate the success of the current Title IX process, one must understand how it is supposed to function.

Currently, when a case of sexual misconduct is reported, the complaint is automatically sent to multiple Title IX administrators, according to the PAUSD website. The site also indicates that all PAUSD employees have received Title IX training and must report any complaint they receive to the Title IX Office within 24 hours. 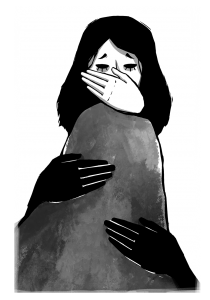 After this happens, cases are reviewed immediately and the office should update the complainant on the status of their case, as well as provide support such as changing schedules to avoid survivor-perpetrator interactions when possible, according to the district’s general counsel Komey Vishakan.

An investigation follows, where evidence is gathered and examined to draw up a report. Finally, an external decision-maker makes a final call based on the cumulative evidence, and all parties receive an outcome letter.

The District investigates each and every complaint on a case-by-case basis as every report/complaint is unique,” Vishakan wrote to Verde in an email statement on March 23. “Appropriate action is taken in every case as we take it seriously any time our policies are violated by anyone. However, in order to respect student privacy, and as required by law, information regarding student discipline cannot be shared.”

The foundations of PAUSD’s Title IX process are solid, according to Vishakan. However, some survivors say they have felt frustrated with their experiences.

According to a recent online Verde opt-in survey of 125 Paly students that was conducted from March 18 to March 22, following the outburst of shared stories on Instagram, 52% of respondents are “not confident at all” in PAUSD’s current system of handling Title IX cases.

This lack of confidence in the system stems partly from instances of minimal communication, according to Mary, a Paly student and survivor of sexual assault.

“They were very intimidating. They made me second-guess myself and why I was even reporting in the first place. … It made me feel like I had to downplay what I went through.”

According to the district’s website, both the Title IX Office and school site administrators must stay in contact with all parties involved in a complaint during the investigation process. However, Mary says she received little communication from her site administrators.

“I never received any personal updates,” Mary says. “I wasn’t communicated with directly. … They [Paly administrators] didn’t seem enthusiastic about dealing with me and resolving my issue.”

She also describes how the tone that administrators used towards her made her uncomfortable.

“They were very intimidating,” Mary says. “They made me second-guess myself and why I was even reporting in the first place. … It made me feel like I had to downplay what I went through.”

Rose, who first dealt with the reporting process in eighth grade, says she felt disrespected by administrators then. Because of this, Rose decided not to report her rape when it happened off-campus in high school and says after her first disappointing experience, she was left distrustful of the Title IX process. 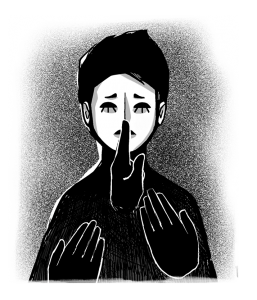 “I knew I was not going to be heard or respected,” Rose wrote. “The best I would [probably] get is a couple meetings with a counselor while my assaulter would probably have a talk with their parents.”

Title IX Office representatives say they are committed to listening to students and maintain that appropriate action is taken in every case. External investigators and firms are also used to ensure every investigation is unbiased and thorough, according to district civil rights investigator Robert Andrade.

Administrators have also faced criticism from survivors for their communication regarding the implications of processes.

Jane, another survivor of sexual assault described her assault to the Paly Wellness Center in the hopes of receiving support without necessarily filing a formal report. Jane says the staff she reported to notified Child Protective Services, who told her parents. While Jane was informed and aware of the mandated reporter status of the Wellness Center counselor, she says she was not aware that CPS would be involved.

“Sexual assault is never really expected,” Jane says. “So then when you do build up the courage to talk to someone about it, you would hope that … there are clear boundaries and clear lines.”

By law, all staff members are mandated reporters of sexual assault. However, the details of the mandated reporting process are unclear to some survivors like Jane, who wish they were given more information about its implications before reporting their assaults.

In light of recent discontent, both students and administrators hope to improve Title IX proceedings.

Junior Kyla Schwarzbach, co-president of RISE, says she believes the intricacies of the Title IX process are not widely known among students.

While a link to information regarding the Title IX process is available on all pages of the district website, students hope to see more communication directly with them regarding the process and its intricacies.

“We only evolve through increased education and dialogue.”

“It is not just policies or procedures that impact students’ experiences when they are engaging in the reporting and investigation process; it is all of the information that students hear and receive in advance and how students are treated following the process,” Gallagher wrote. “I am here to ensure that the students get as much information and guidance as possible about the process from start to finish.”

Beyond structural changes to the Title IX process, RISE and Gallagher say they hope to see lasting cultural changes in the community. 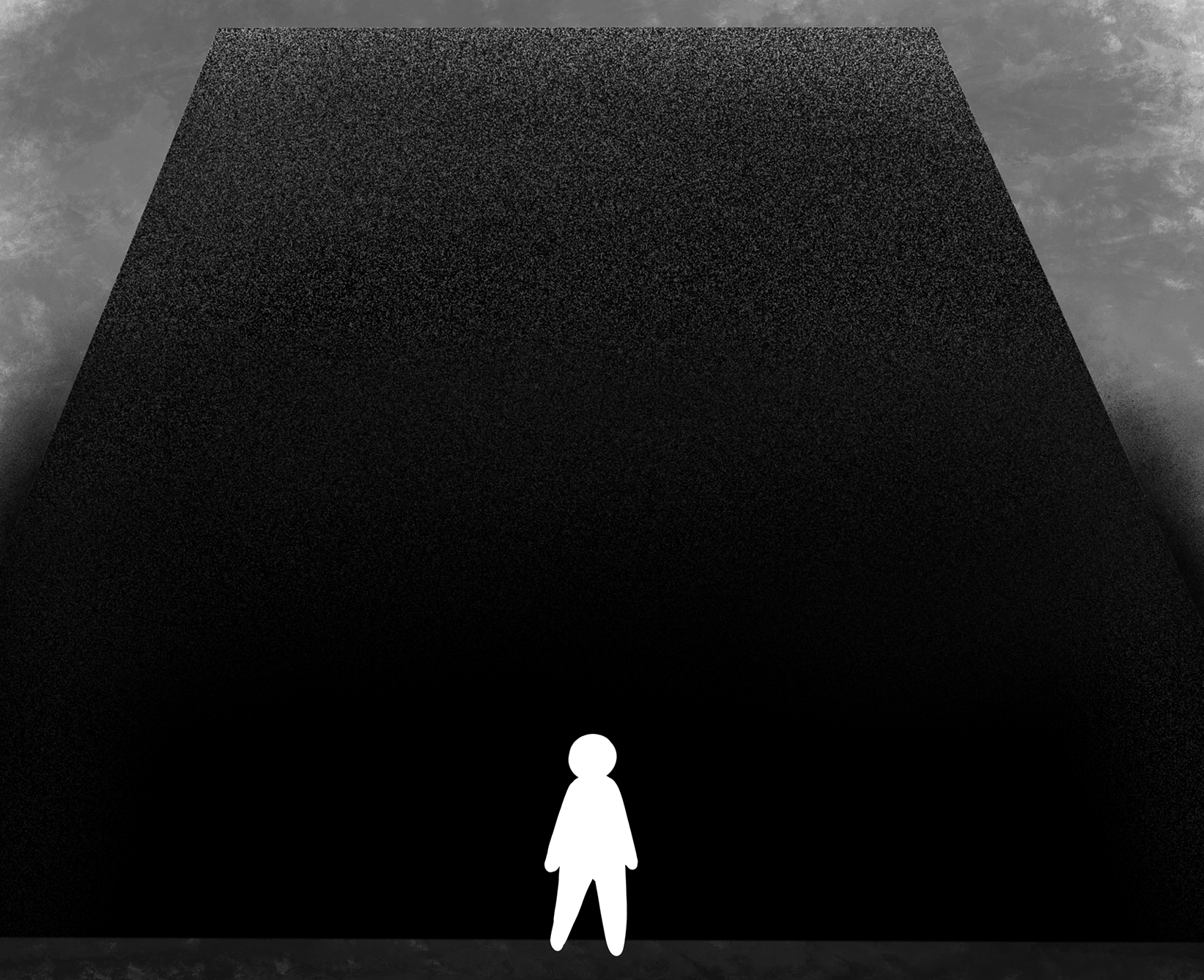 Senior Dani Colman, co-president RISE, says this change to the school environment can come through simple means such as calling out one’s friends for making jokes about sexual misconduct.

“When you’re joking about somebody else’s trauma … you are saying, ‘Hey, rape culture is a thing and I don’t care about it,’” Colman says. “You’re making it very clear that you are not an ally. I think that’s what makes people feel unsafe … if they know that people aren’t going to take them seriously.”

“Decreasing occurrences of sexual harassment and sexual assault is important in our schools, but it is not enough to think of these only in the context of Title IX,” Gallagher wrote in an interview with the Gunn Oracle this March. “Rather, to be thoughtful about the prevention of these occurrences, it has to be put in the context of a social issue and, like all social issues, we only evolve through increased education and dialogue.”

In 2013, Verde collected statistics through an opt-in survey of Palo Alto High School students regarding the rape culture present at Paly for the rape culture cover package. We conducted a similar opt-in survey of 125 Paly students using the same questions taken from the Rape Supportive Attitudes and Belief Scale from March 18 through March 22, 2021. Here are the results of the surveys side-by-side.