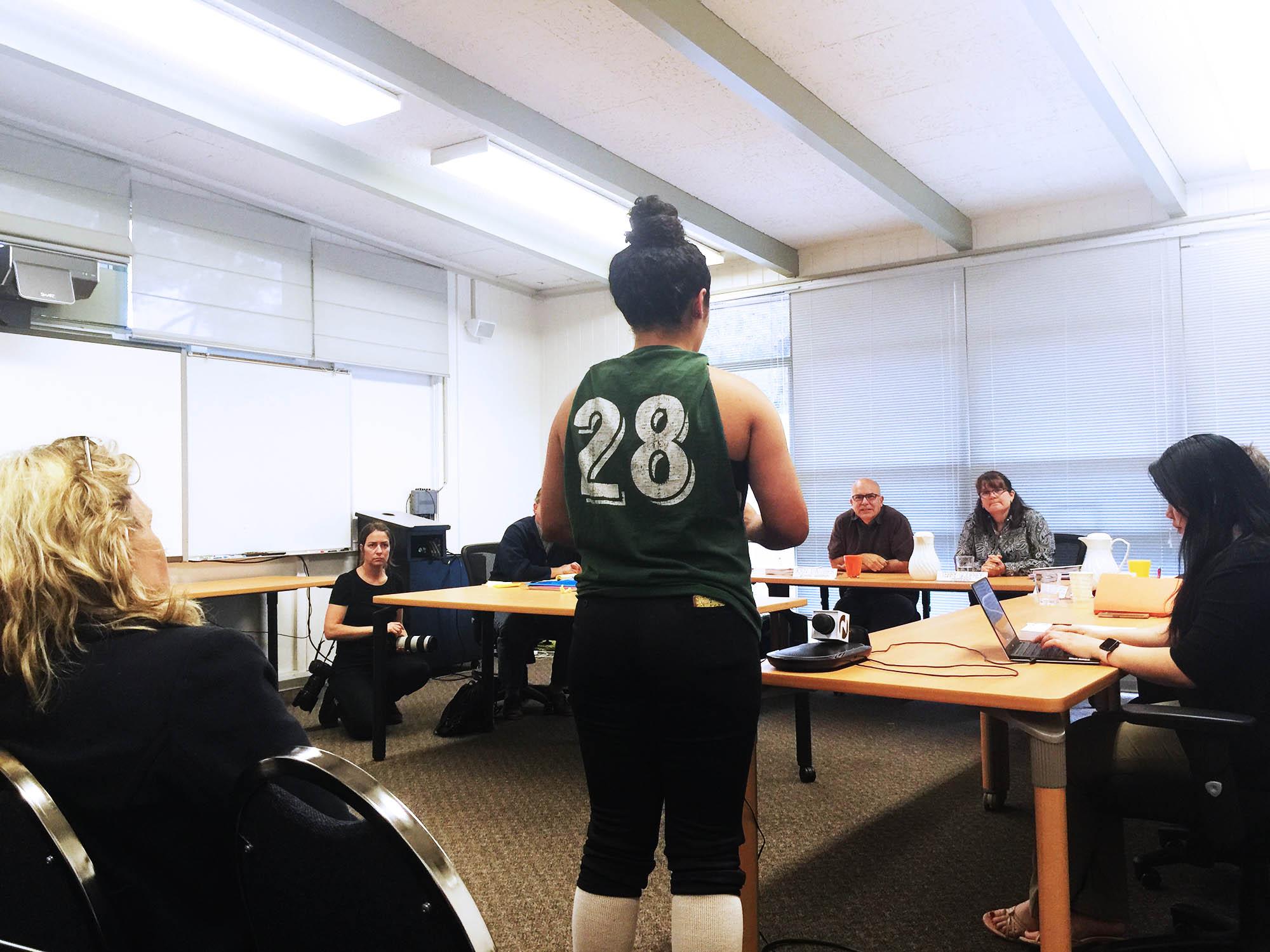 Community members are looking forward to the results of a formal investigation into the district’s handling of sexual assault allegations related to a male  Palo Alto High School student.

The investigation, approved after a May 16 emergency board meeting, is to be led by law firm Cozen O’Connor and came after frustration erupted about a lack of district transparency regarding the three assault allegations. Verification of the allegations has been deflected, as federal law prevents the school district from disclosing much about the investigation and disciplinary actions taken, according to district spokesman Jorge Quintana.

Some students say they want to hold the administration accountable for not taking sufficient action and being more transparent.

“It’s really sad to not hear anything from them,” says Palo Alto High School senior Magdalena Renteria in an emergency school board meeting on May 16, referring to Paly staff. “I am walking around other students who could have been a victim of what he is doing.”

Other students believe the administration should not be blamed.

“I think that a lot of people have been criticizing [Paly Principal] Kim Diorio despite the fact that the [law] is the reason that much of the information has been withheld,” says junior Kesi Sound.

Like Renteria, junior Edan Sneh also says students should have been aware of the acts of assault. Sneh, however, is more reserved about immediately criticizing administration.

“A lot of the information isn’t out yet and I think that people shouldn’t just jump to conclusions,” Sneh says.

As of May 16, the assailant will not complete the school year at Paly, according to his attorney in a statement to the Daily News.