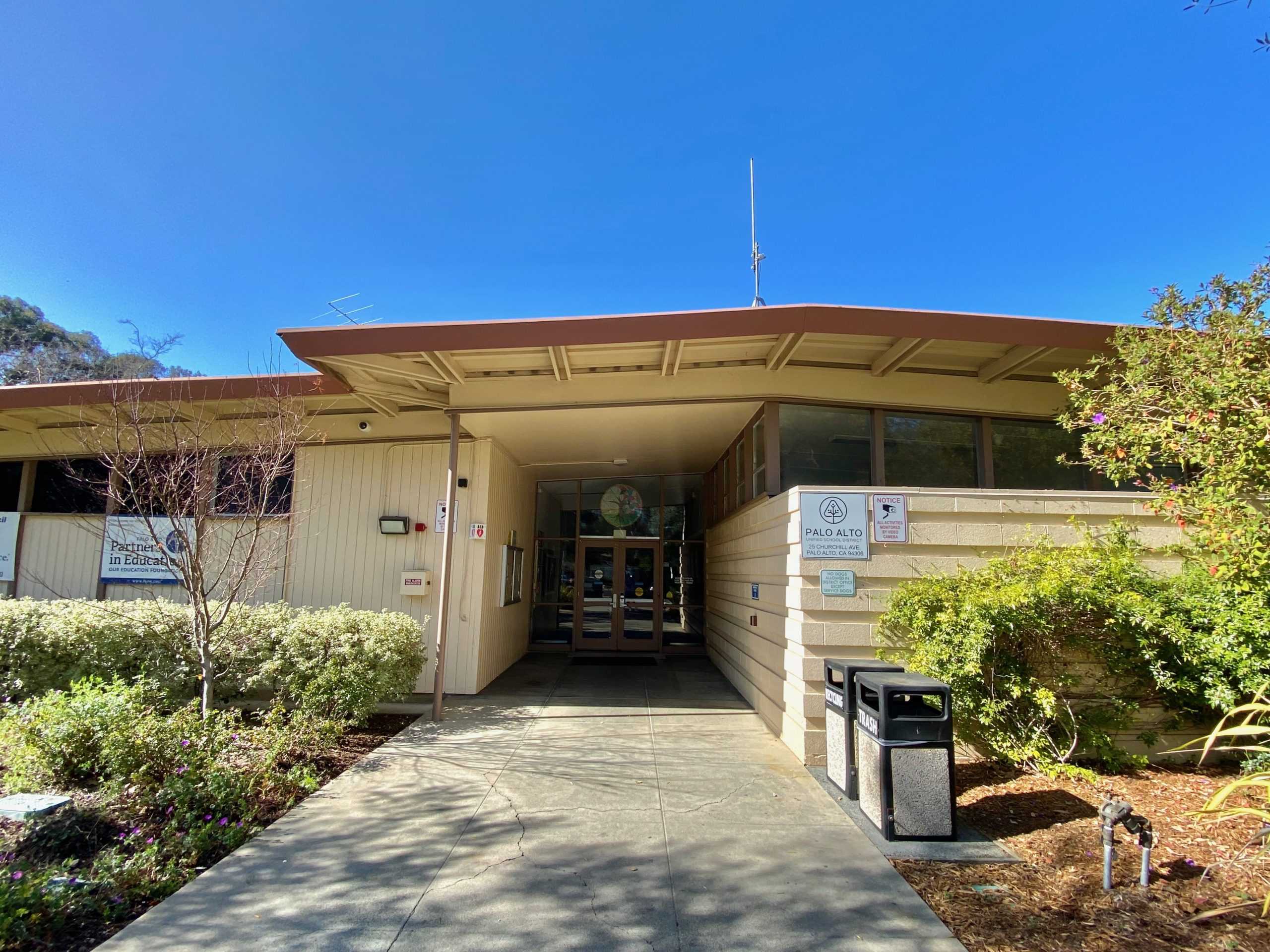 CALLS FOR CHANGE — As stories of sexual assault and challenges with the reporting process have emerged over social media in recent days, many students are hopeful for a culture shift within Palo Alto Unified School District. "The stories are so upsetting and overwhelming,” said Kyla Schwarzbach, co-President of Palo Alto High School’s Responsive Inclusive Safe Environment Student Task Force. “To see people use the RISE graphics get a lot of re-shares ... has been really incredible because I very strongly believe that rise is a great community, and that we can help a lot of people." Photo: Myra Xu

As a surge of students share their experiences with sexual misconduct online, members of the Palo Alto High School community are providing opportunities for discussion and demanding changes in campus culture and education surrounding sexual abuse.

At least 20 local students have come forward on social media platforms such as Instagram with their stories surrounding sexual assault in the past week, raising issues of rape culture and the Palo Alto Unified School District’s handling of Title IX cases. Multiple students have said that they were raped by the same former Paly student, while others detailed stories of groping and other instances of sexual assault. Many described difficulties with reporting their cases, and expressed anger with the district’s handling of their allegations.

“It was heartbreaking to see all these tragic stories come forth publicly, but at the same time, there was something in me that knew that this was the tipping point,” senior and co-President Dani Colman said. “By flooding social media with stories … I think that students, especially now, understand the urgency and ubiquity of sexual assault in our community.”

With sexual misconduct in the spotlight, 53 new students joined the club’s Remind text-notification group over just the last couple of days, according to Colman. She hopes that this momentum continues and motivates change to campus culture.

“Palo Alto students are kind of feeling right now as though they haven’t been heard over the last few years,” Colman said. “We witnessed the mishandling of several sexual assault cases and I think that seeing that kind of chaos and hysteria erupt in our community has made students feel as though it’s just better and easier for them to stay silent.”

Colman and co-President Kyla Schwarzbach are among many in the district calling for reform. They hope the board will consider redesigning its sexual assault student education initiatives to shift away from mandatory assemblies and towards peer-led discussions.

“We want teens to be helping to create these classes and these consent courses,” Schwarzbach said. “There definitely is a very different atmosphere when an adult is … telling you not to do something versus when you have a peer who’s like, ‘Hey, … here’s how you can not be a perpetrator of sexual assault.’”

Bring Change 2 Mind, a Paly club dedicated to fighting the stigma surrounding mental health, is also holding a meeting Thursday during lunch to discuss the intersection of sexual misconduct and mental health. Three members of Paly’s Wellness Team will be present to help facilitate discussion among students.

“I’m really hopeful that a lot of people will show up and that the message is being shared,” said club president Audrey Joachim, who is also a Verde staff member.

The meeting will cover three main points: how to address mental health issues triggered by sexual misconduct; how to support survivors, friends of accused assaulters and oneself; and how to take action beyond social media.

Joachim plans to add additional meetings to the club’s regular bi-weekly schedule to further examine this issue and provide follow-up to Thursday’s meeting.

Leaders from Paly RISE and Bring Change 2 Mind are also working together to gather resources on the district’s Title IX complaint process and student mental health in response to sexual misconduct.

In an Instagram press release stating support for sexual assault survivors, InFocus announced their decision to remove video packages produced by a former InFocus staff member and Paly student who was accused of sexual assault.

“I think as a publication, what we’re doing is the bare minimum, but it is our responsibility to ensure that we do not promote nor contribute to a culture that allows this to happen — both in the past and currently,” InFocus Executive Producer Cody Hmelar said. 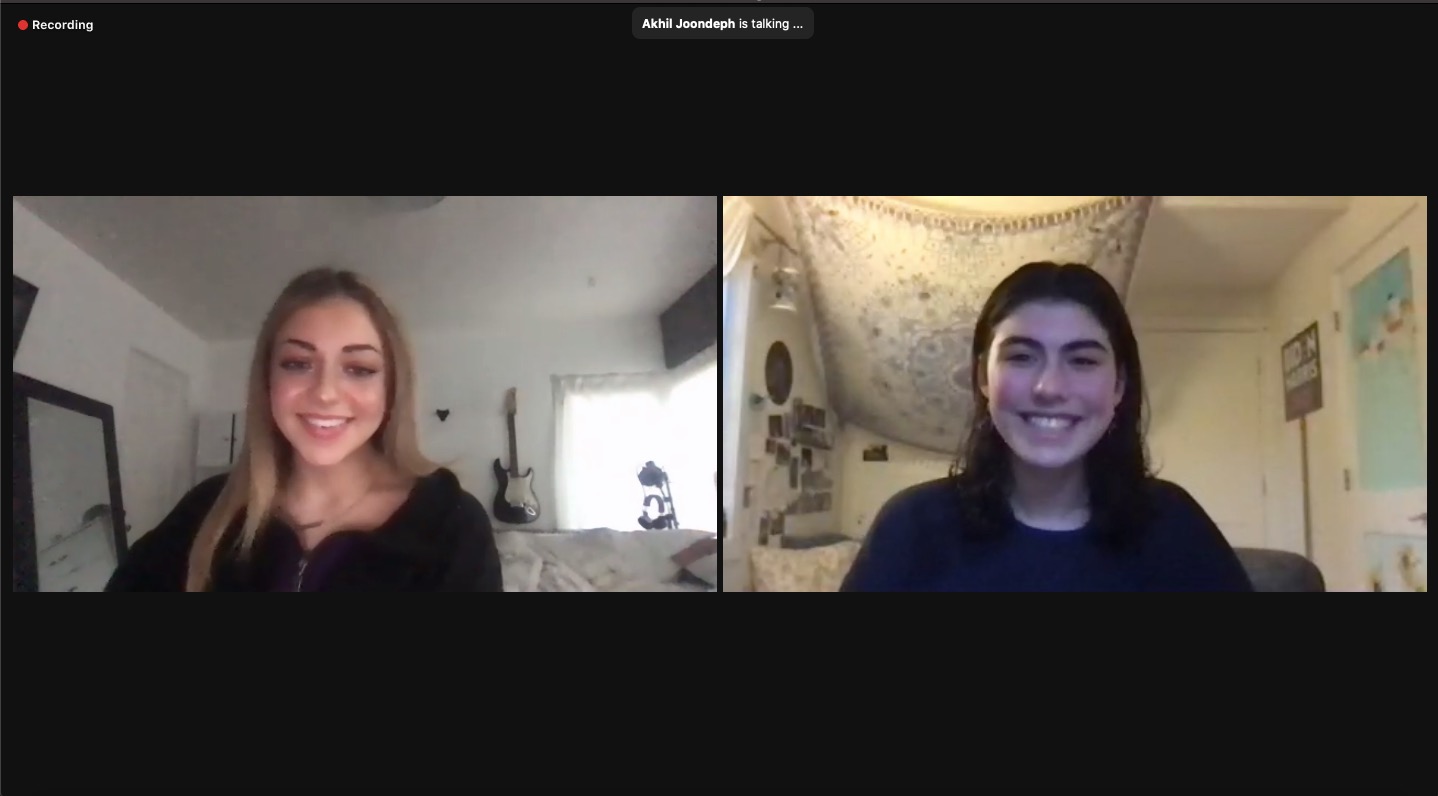 RISE UP — Co-Presidents of Paly RISE Dani Colman and Kyla Schwarzbach both hope that the current advocacy against sexual misconduct continues and brings about change. “We’re aiming to … amplify the voices of survivors and support them fully through the healing and reporting process and just really ensure that they are treated fairly and … know that sexual assault isn’t okay and they’re not alone,” Colman said. Photo: Akhil Joondeph

Title IX is a federal law that bans violations of laws and discriminatory harassment, including sexual misconduct, in schools or other federally funded education programs.

To file a sexual misconduct complaint with the district, students must report the incident to a school district employee, the district Title IX office or through the anonymous Title IX complaint form, from which the office will open an investigation between the complainant and the respondent (the alleged perpetrator of the incident). At the end of an investigation, a decision letter will be sent to the parents of the complainant and respondent (unless one is over the age of 18) to discuss violations of policy and potential disciplinary action.

“The Palo Alto Unified School District takes all reports of discriminatory harassment, including sexual harassment and sexual violence seriously,” PAUSD Title IX Coordinator Kelly Gallagher wrote in an email. “We are aware of the reports and concerns related to sexual violence that have been posted to social media.”

Gallagher encouraged students looking to share new allegations with the district to file a report with the Title IX office.

“It is my understanding that there are incidents referenced in these posts that were previously reported to the district and, in those cases, an investigation was initiated to review the matters,” she wrote.