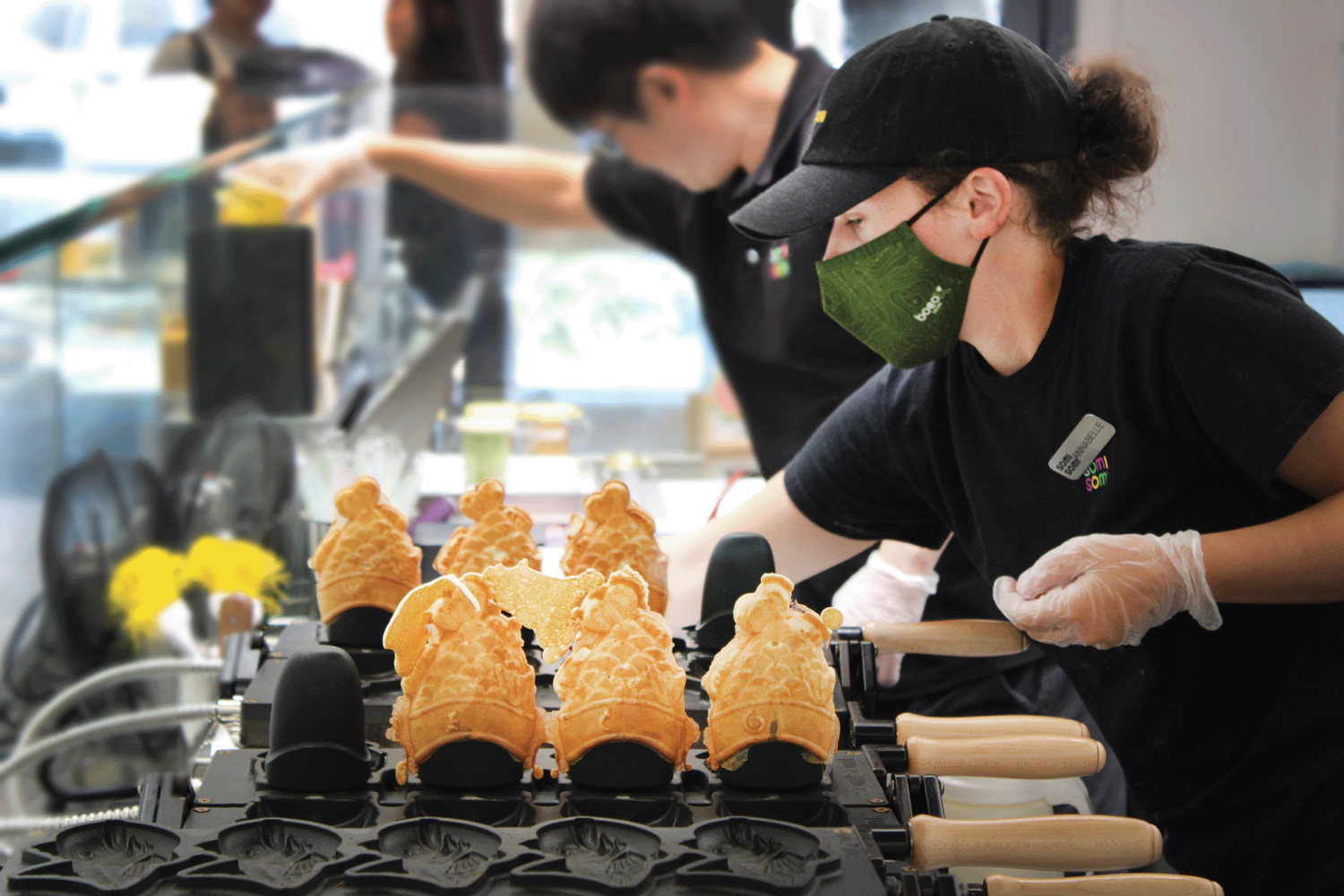 TASTY TREATS — SomiSomi staff begin to prepare orders for customers after opening. “We’re really focused on continuing our mission to share and spread happiness,” Marketing Director Nobi Nakanishi said. “We hope that people understand our vision, energy and intent long before they step into a store and taste our delicious products for the first time.” Photo: Esther Xu

It’s 9 p.m., and the decorative lights along University Avenue glow softly, illuminating a line of people gathered before a storefront. In the store, clustered groups of customers eagerly watch as the staff rush to decorate their picturesque desserts.

“I was so excited because I’d been to the one [SomiSomi] in Cupertino a bunch of times before, but it was too far to go to frequently,” Palo Alto High School senior Lauren Levine said. “I love that it’s [the new SomiSomi] so close and I go there with friends all the time.”

Customers can choose four different styles of ah-boong to experience: classic, upside-down, soft serve in a cup and cold brew float. Along with traditional Japanese taiyaki, different combinations of soft serve flavors and fillings for the waffle cones are also available to customers.

“I was honestly so excited for it [SomiSomi]. I’ve been to the one in the West Valley Fair shopping mall. It sucked so bad having to go that far to get freshly-made taiyaki.”

With a total of 30 locations across California, Texas, Nevada, Hawaii, Arizona and Washington, SomiSomi continues to expand in new locations like Palo Alto.

“We’re always looking for vibrant locations that have a strong potential for high impact and visibility, as well as accessibility,” Marketing Director Nobi Nakanishi said. “The long, storied history of University Avenue, along with the care that the community puts into architectural preservation, made this a unique project for the company.”

While careful research and selection of prospective sites helped boost SomiSomi’s business and popularity, social media has also contributed to its current success.

“Instagram popularity helped catapult the brand to the consciousness of the larger food and dessert community,” Nakanishi said. “We are planning to keep pushing east and share our taste of Southern California with the rest of the country.”

Soon after SomiSomi’s debut, posting pictures of ah-boong quickly became an Instagram trend. This spotlight and accessibility allowed for the brand’s recognition to soar quickly from the early stages and become a hot topic, attracting many younger customers as a result.

“From day one, we can have lines that snake around the building because we’re so well known via word of mouth, social media, etcetera.”

“I was honestly so excited for it [SomiSomi],” Palo Alto High School junior Emma Wang said. “I’ve been to the one in the West Valley Fair shopping mall. It sucked so bad having to go that far to get freshly-made taiyaki.”

According to Nakanishi, the enthusiasm from local and Asian-American communities has helped create the immediate turnout that SomiSomi experiences at every new location.

“From day one, we can have lines that snake around the building because we’re so well known via word of mouth, social media, etcetera,” Nakanishi said. “We’re eternally grateful for the loyalty of our fans and the support of everyone who gives us a chance because we are an Asian-owned business.” 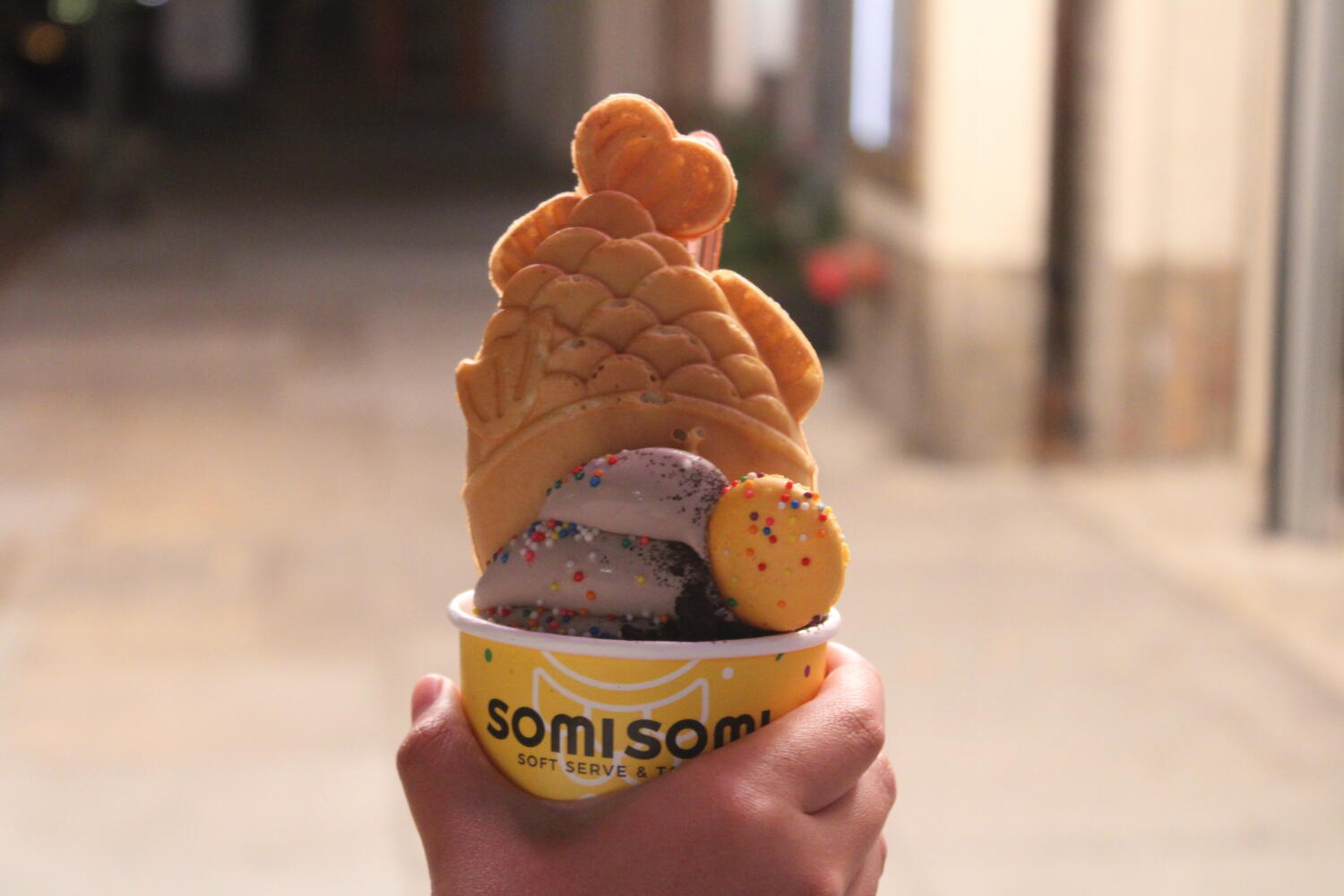 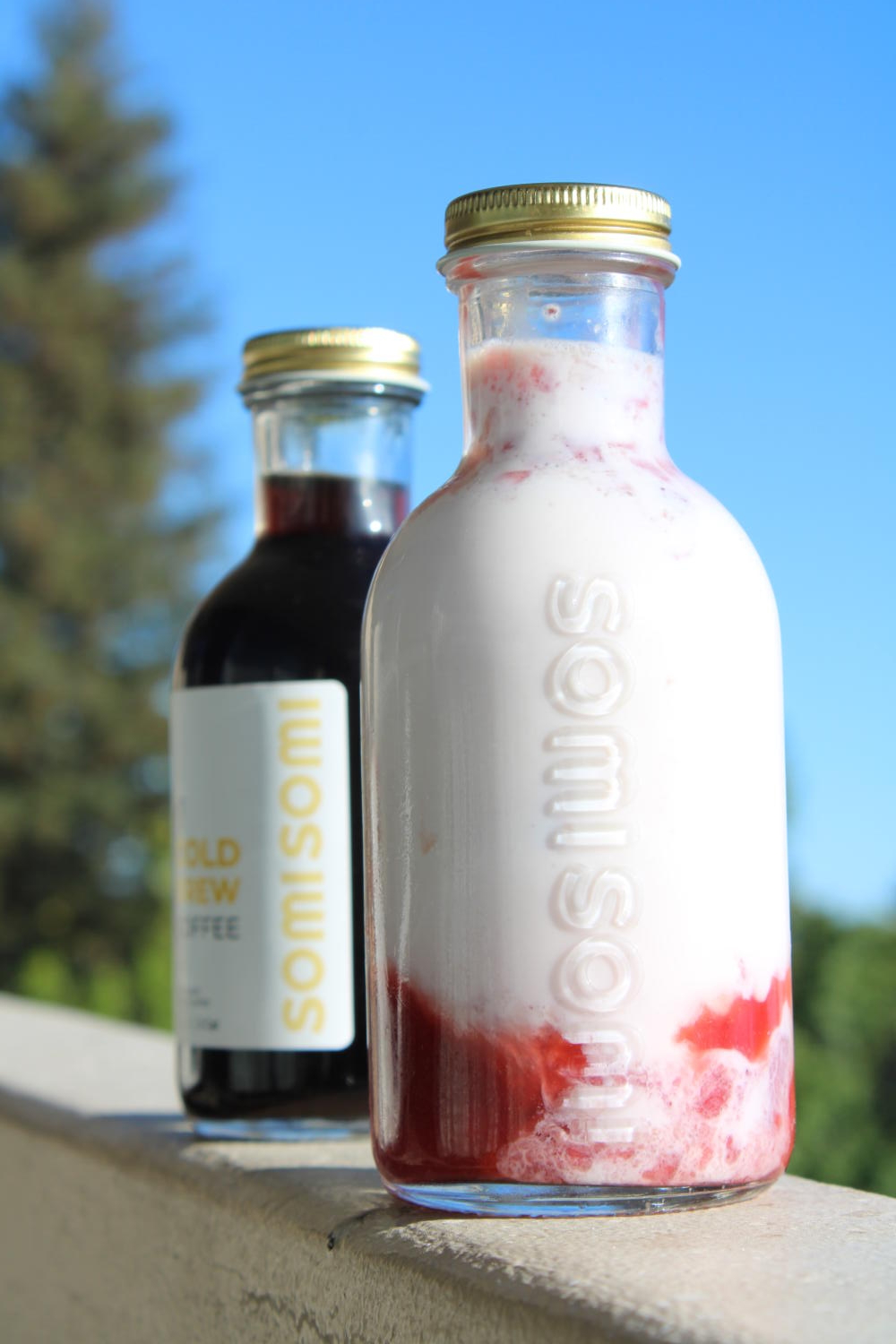 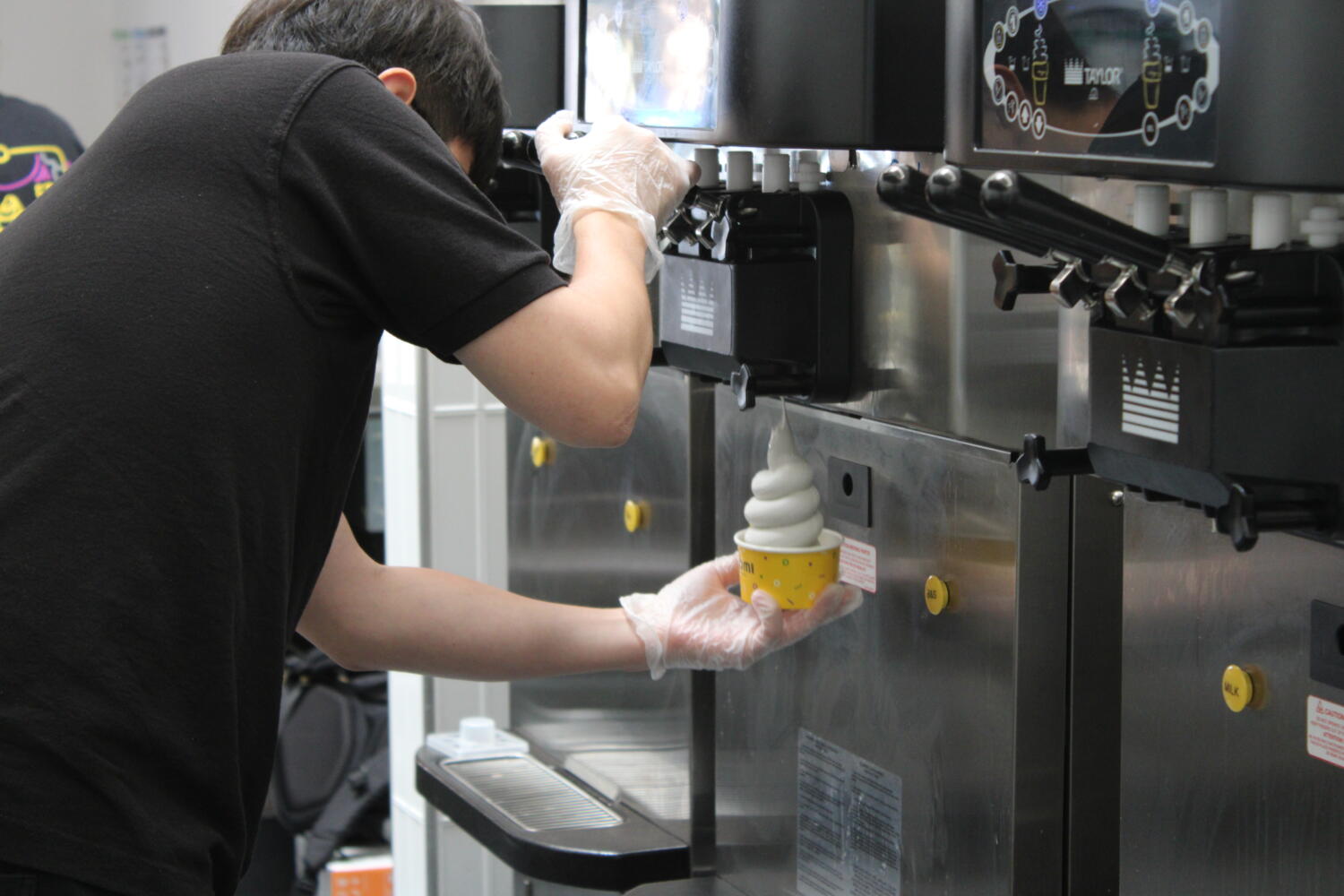 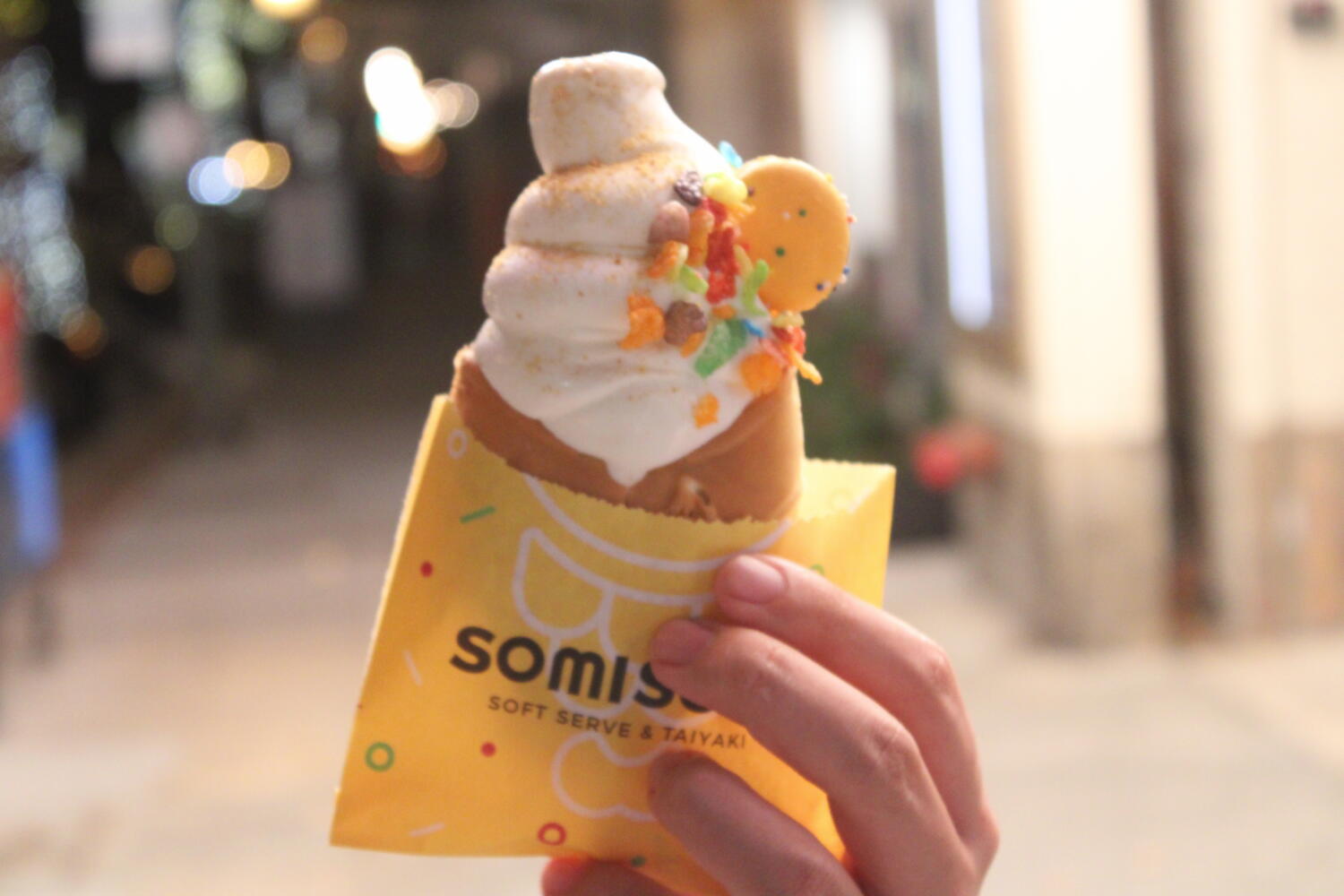 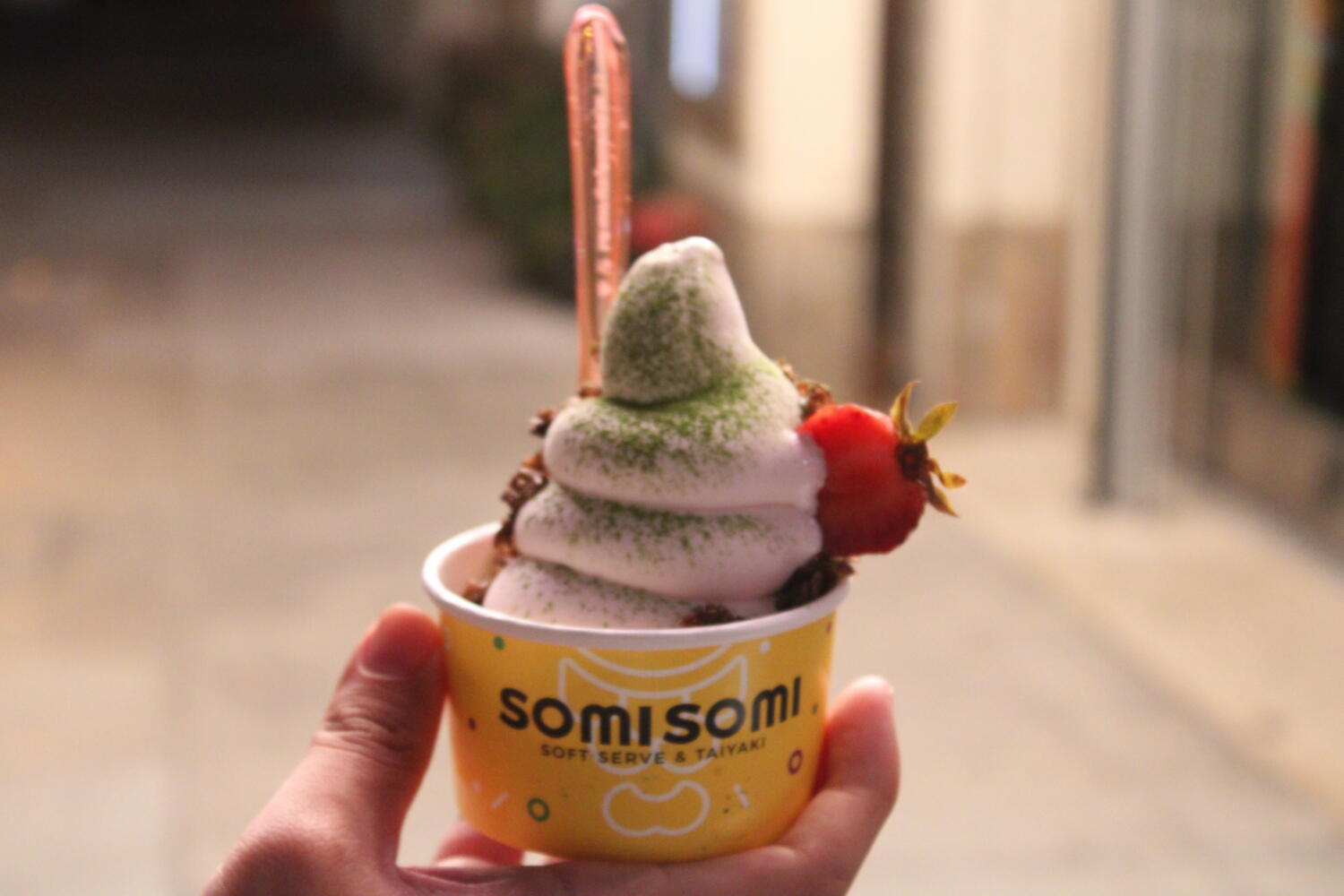 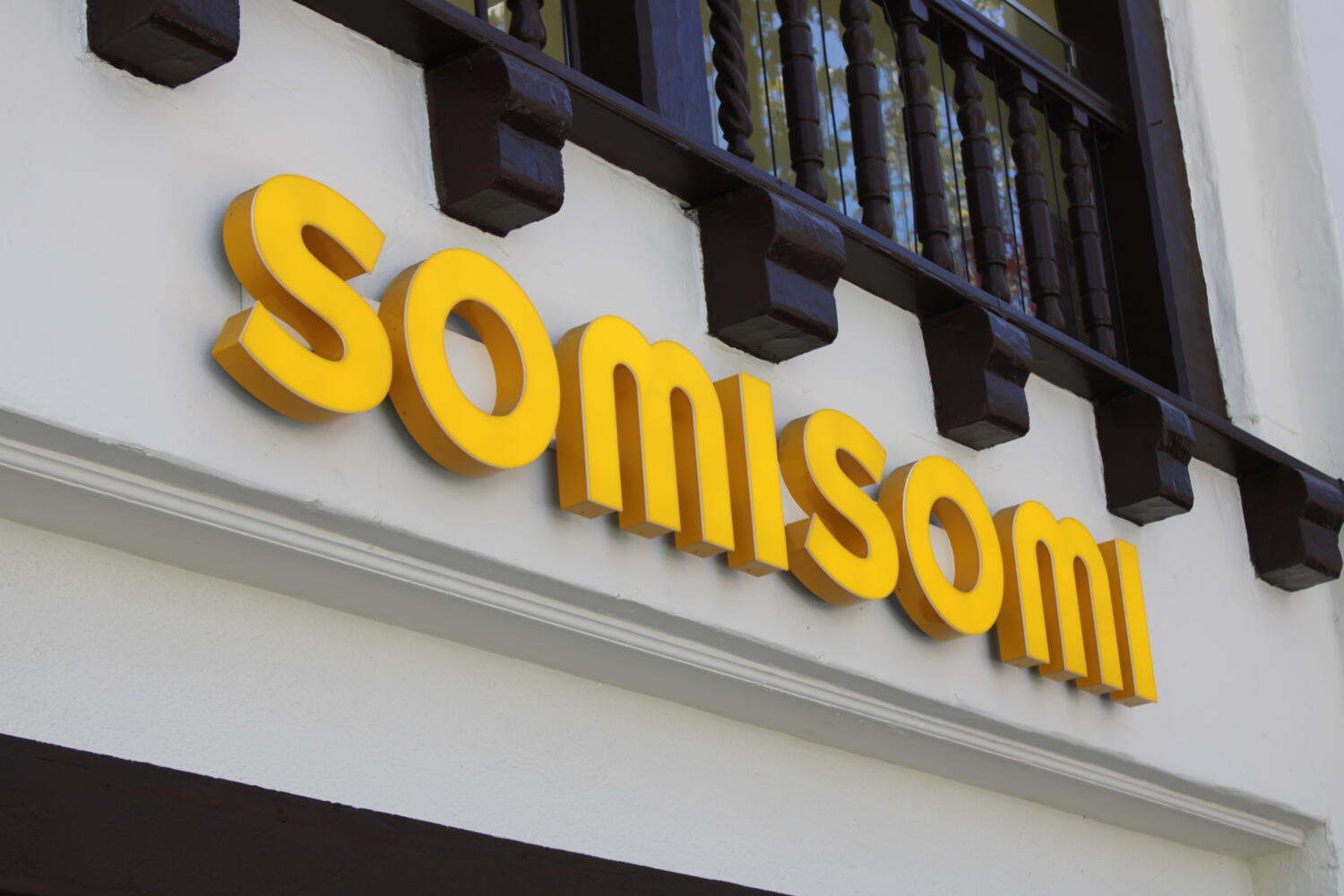 Keep it Korean — As the spotlight shines on Korean culture, Korean-owned businesses begin to gain more recognition. "I think it’s wonderful that the spotlight is on Korea, Korean culture and the Korean-American experience,” Marketing Director Nobi Nakanishi said. "I do hope that people use all the tools we have not just to consume the latest trends, but take the time to explore the rich, complex history and beautiful traditions of Korea that lie behind them." Photos: Esther Xu