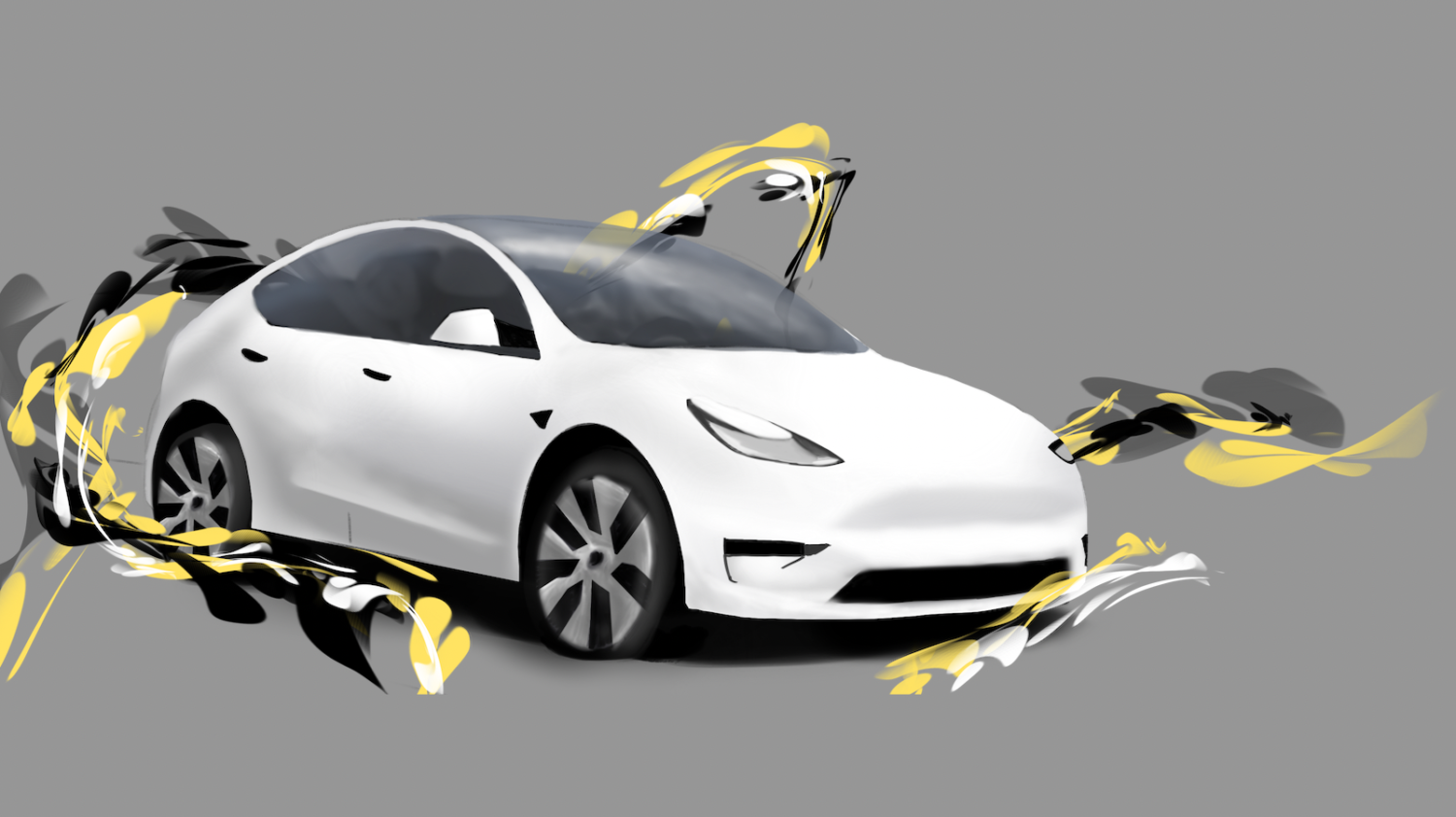 Fuel for the future: The rise of electric vehicles in Palo Alto

After a long day of school, Palo Alto High School senior Carmel Schwartz drives her hybrid Toyota Prius back home, happy to be a part of the growing number of electric and electric-hybrid cars on the road.

“Electric cars are a step in the right direction to protecting the future of our planet,” Schwartz said. “They are significantly more environmentally friendly because they release reduced CO2 [carbon dioxide] emissions, and I want to do my part, no matter how big or small.”

Schwartz is not alone in opting to drive an eco-friendly car — one in six Palo Alto households own an electric vehicle, according to the City of Palo Alto. Considering that the leading electric vehicle manufacturer — Tesla— was founded in Silicon Valley, it is not surprising that the popularity of electric cars in Palo Alto has skyrocketed in the area over the past few years.

Battery vehicles are powered by the electric grid, so no exhaust or tailpipe emissions are released from fuel combustion, unlike in traditional gasoline-powered cars. While this design keeps electric vehicles from directly producing greenhouse gases associated with traditional gasoline-powered cars, the electricity production to power the city’s grid still produces net emissions.

“If the electricity is produced using renewables, then that’s the best case scenario,” AP Environmental Science teacher Nicole Loomis said. “If it’s mostly natural gas like we have here in California, then that’s still better than coal like they have in many places on the East Coast.”

Most experts agree that electric cars powered by the grid are more eco-friendly than their gasoline-burning counterparts and produce fewer emissions per mile driven. This is largely due to electric motors being more energy efficient than traditional combustion engines.

“For every gallon of gasoline, it [a car] produces between 20, 24 and 30 pounds of carbon dioxide,” said Sven Thesen, an electric and environmental consultant for nonprofit solar company BeniSol Solar, said. “There’s a crazy amount of carbon dioxide created every mile you drive in a gas car. When you look over on the grid side, it’s much less.”

While the emission footprint of electric vehicles is more eco-friendly, the sourcing of raw materials used in the cars’ lithium batteries has been an area of concern for environmentalists. Lithium extraction requires large amounts of groundwater and may spread harmful compounds into surrounding habitats.

“Any kind of mining operation is going to be taking things out of the ground that disrupt habitats and there’s the potential for waste products from mining to leach chemicals into your local waterways, and to cause habitat destruction and pollution,” Loomis said. “Of course, there’s carbon emissions associated with mining as well.”

“Electric cars are a step in the right direction to protecting the future of our planet. They are significantly more environmentally friendly because they release reduced CO2 [carbon dioxide] emissions, and I want to do my part, no matter how big or small.”

Human rights concerns have also been raised about the sourcing of cobalt for electric vehicles. Around 70% of the global cobalt supply is sourced from the Democratic Republic of Congo, where mines are often unregulated and workers can be subjected to dangerous working conditions. These countries may also have less strictly enforced environmental regulations around mining practices.

“Those resources are distributed unevenly across the planet,” Loomis said. “In many cases, the rare earth metals that we’re looking at are coming from poorer countries that don’t necessarily have a lot of good environmental laws, and you may see increased levels of impact in those places for that kind of thing.”

California has taken significant steps in the past decade to reduce its carbon footprint through an increased number of electric vehicles; Governor Gavin Newsom issued an executive order in 2020 requiring all vehicle sales in California to be gasoline-free by 2035. The state has made significant progress in cleaning up its grid with 75% of its energy supply now regularly coming from renewable sources — particularly solar — in the past few years. As California continues to work on cleaning up the electrical grid, the environmental impact of electric vehicles will also decrease. Palo Alto has been particularly active in promoting eco-friendly infrastructure in recent years, with a current goal of reducing greenhouse gas emissions by 80% by 2030.

Grassroots organization Carbon Free Palo Alto has been a key force in pushing for local policy changes to combat climate change. Over the past 10 years, the group has presented numerous proposals that were instrumental in Palo Alto’s adoption of more carbon-free infrastructure. Thesen said these kinds of citizen-run initiatives including people from all backgrounds are needed in the global effort to slow climate change.

“It [Carbon Free Palo Alto] was a citizen’s group that got together, that geeked out about the science and the math and the financing and said ‘we need to go carbon free,’” Thesen said. “It took a whole assortment of people to get together, they weren’t all just engineers.”

The case for electric cars

From an economic perspective, Thesen argues that the benefits of electric-powered vehicles include greater price stability of electric energy as compared to gasoline. Paying a fixed rate for electricity means that owners do not have to deal with the fluctuating prices of gasoline. This cost disparity has been put on full display as global gas prices have skyrocketed in wake of Russia’s invasion of Ukraine.

“It [natural gas] is something that people have to get out of the ground, and depending on how many people want it or not, it fluctuates,” Thesen said. “Right now, it’s really fluctuating.”

An increasing proportion of electric vehicles may also be the solution to our finite supply of global gasoline.

“Oil is going to run out, so from a long-term sustainability perspective, we are going to have to find ways to do all of the energy generation renewably,” Loomis said. “If the electric car pushes us towards being more renewable, then that’s also going to be better.”

Take a look at our current amount of renewables: