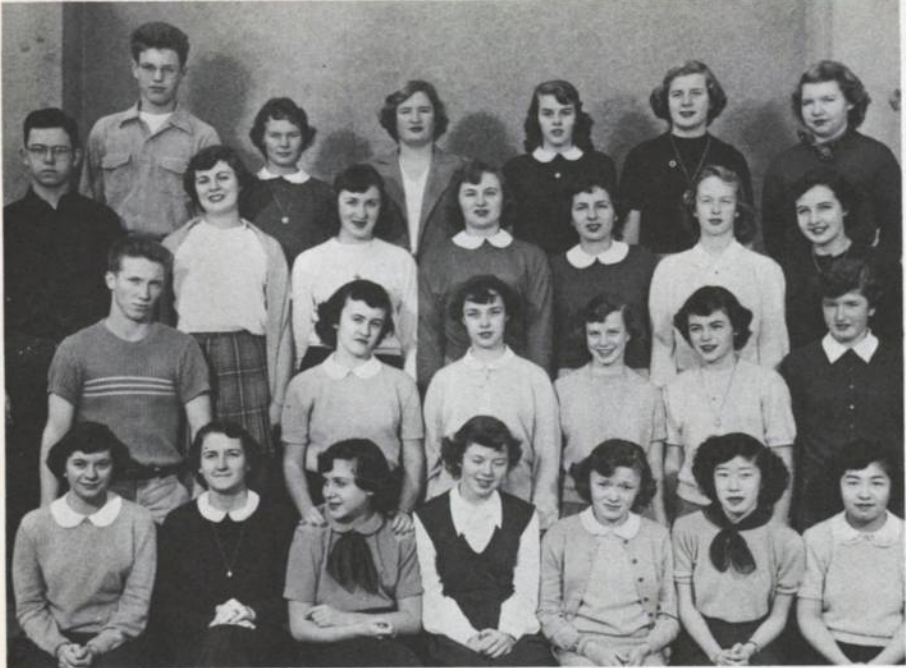 JUNIOR RED CROSS — The Junior Red Cross pose for a photo for the 1951 Madrono yearbook. Every week that year, the Junior Red Cross visited the hospital to see two Palo Alto High School students who had contracted polio, including the classmate of Carol Clifford Mitchell, who chaired the JRC in 1952. “I remember she [my classmate] had to use crutches,” Mitchell said. “I think it’s phenomenal that she lived for quite a long time.” Photo: Paly Journalism Archive

Polio in Palo Alto: Revealing story of epidemic 70 years from the past

In the summer of 1952, polio swept through Valerie McCullough’s Houston suburb. A doctor and two children on her block contracted the disease; no one knew who would be next.

One night, McCullough’s father came home with a bottle of Listerine and three bus tickets.

“We said, ‘Dad, what’s that for?”’ McCullough said. “He said, ‘You’ve got to take the bus back to California.”

McCullough was going into her senior year of high school. She thought she’d be living in Texas forever. But instead, she gargled the Listerine, “to kill the germs,” and climbed on a Greyhound bus headed to Palo Alto.

“It was the longest ride I could ever imagine,” McCullough said.

McCullough graduated from Palo Alto High School in 1953, going on to have a career in journalism and raise three children, believing that the threat of polio was behind her.

But this summer, McCullough heard news that shocked her: Health officials in New York confirmed that the polio virus had been detected in the city’s sewage system, and those unvaccinated for the disease could be at serious risk. It had been decades since the epidemics in the 50s that paralyzed over 50,000 people in the U.S. each year, according to the CDC, but McCullough’s memories of the epidemic are still clear.

While Palo Alto was largely able to evade widespread devastation from polio in the 50s, a search through the Paly Journalism Archive, the school’s 100+ year database of student journalism work, revealed that the disease still affected Paly students in irreversible ways.

Polio spreads through human contact, and most people who catch it remain asymptomatic, though are highly contagious. Many crowded public places were closed during the summer months of the 1952 epidemic, including swimming pools and movie theaters in Palo Alto. Parents were worried that their children would become the 1-2% of polio patients that became paralyzed, often permanently, according to the World Health Organization.

McCullough, having witnessed the toll polio took on Texas, felt lucky to live in Northern California. She played tennis at courts that would have been closed in her old town and served as the editor-in-chief of the Campanile.

But according to a 1956 Campanile article, there were 20 polio cases that year in Palo Alto alone. Signs of the disease were all around McCullough: One of her friends had contracted polio in 1948, and had to use crutches to walk before eventually undergoing spinal fusion surgery.

“It [the surgery] was a reminder of what polio could do,” McCullough said.

“It [the surgery] was a reminder of what polio could do,”

“She would pull a casserole dish out of the oven and it would crash on the floor because she didn’t remember she was missing those muscles,” Spears said. “It took both of them a while to adjust to their new normal life.”

During the polio epidemic, the “new normal” was an environment of uncertainty. Spears said he can still picture the quarantine sign that was placed on his front door when his parents were in the hospital. As a four-year-old, he couldn’t read what was written on it, but he knew exactly what it meant: isolation.

Families left casseroles on Spear’s front porch, but he was not allowed to pick up the food until after they had left. One day he saw his friend and their father dropping off food, and went out onto the porch to meet them.

“I don’t remember a fear of polio, per se,” Spears said. “What I remember is the fear on that man’s face. Holding onto his son to make sure he didn’t run up to say hello to me.”

“What I remember is the fear on that man’s face. Holding onto his son to make sure he didn’t run up to say hello to me.”

Carol Clifford Mitchell, a graduate of the Paly Class of 1953, remembers seeing footage of children in newsreels whose lungs and throat had been paralyzed by polio, using iron lungs to breathe.

“I felt lucky that I wasn’t there in the iron lungs,” Mitchell said. “They looked very lonely.”

Other Paly students felt a similar sense of empathy towards polio patients, which motivated them to take action. Students started to fundraise for the March of Dimes, an effort to fund care for polio victims and research toward a vaccine.

“The bills for a severe case of polio may range from $2,500 a year up to $10,000 if the patient is in an iron lung,” a 1956 Campanile article said. “Aside from combatting the suffering caused by the disease itself, the necessity of the March of Dimes is emphasized in view of what such expenses could do to the ordinary family budget.”

Mitchell and other Paly students went door-to-door on Halloween requesting money for the March of Dimes instead of candy. Paly students raised over $300 in 1951, according to a January issue of the Campanile.

Five years later, the need for polio care remained. Out of the 238 people in Santa Clara County who had polio, 176 of them received help from the March of Dimes, according to a 1956 article. Part of the reason why the drive was so successful, according to Mitchell, was the attitude toward polio at the time.

“We had a lot of experience with the effects of polio,” she said. “There was a general belief in the reality of the disease and how it would affect so many people.”

Polio brought the Paly community together in other ways. The Junior Red Cross, which Mitchell chaired in 1952, visited the hospital every week to see two Paly students who had contracted polio, according to the 1951 Madrono.

“We were all affected,” Mitchell said of the epidemic. “It was something we all shared.”

“We were all affected, it was something we all shared.”

When students became eligible to receive Jonas Salk’s polio vaccine in March of 1957, many leapt at the chance. A May issue of the Campanile, in that same year, reported that a total of 724 students and 240 adults were inoculated in March and April.

“It wasn’t like now, with COVID,” Mitchell said. “There wasn’t any hesitancy. I think everybody wanted a chance to avoid polio.”

Witnessing anti-vaccination beliefs during the COVID pandemic was confusing and unsettling for both Mitchell and McCullough.

“I don’t know why people resist the vaccine,” Mitchell said. “I guess they haven’t been frightened like we have.”

Only time will tell if the resurgence of polio will be enough to persuade more people to get vaccinated, but Mitchell and McCullough are choosing to follow science, content that the shot in their arm will protect them against the incurable disease. Part of the reason why neither of them contracted polio was the willingness of the community around them to receive the vaccine.

“We in Palo Alto ought to count our blessings because our city was not one of those plagued by polio,” McCullough wrote in a 1953 Campanile editorial. “You cannot imagine, until you have had the experience, how completely helpless a city is against such an epidemic.” 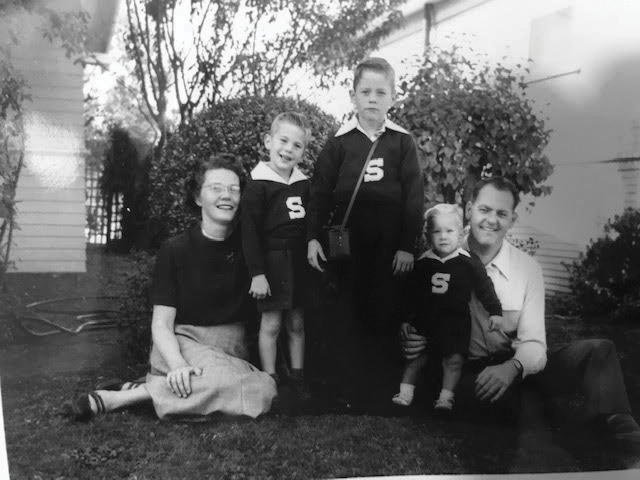 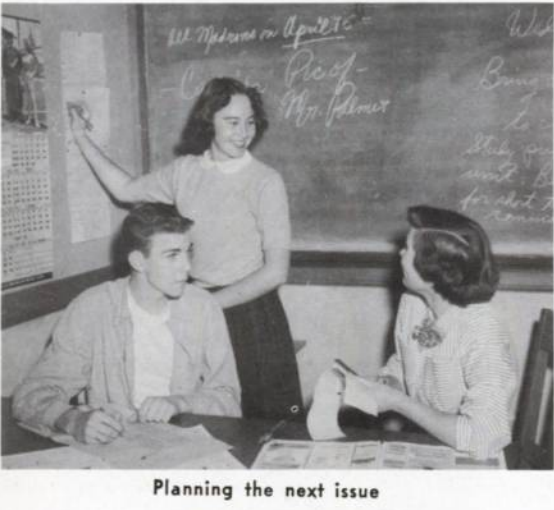 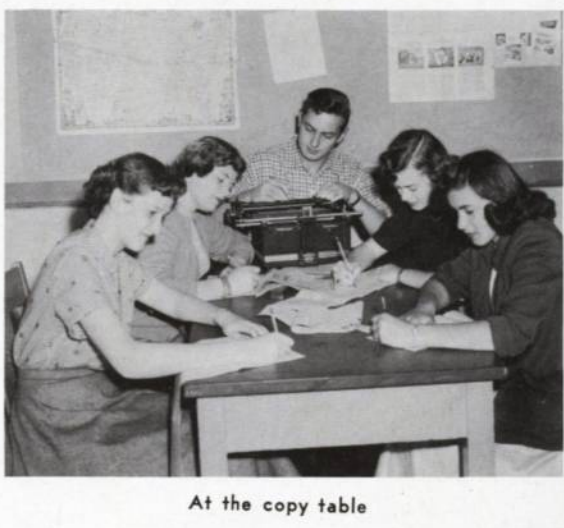 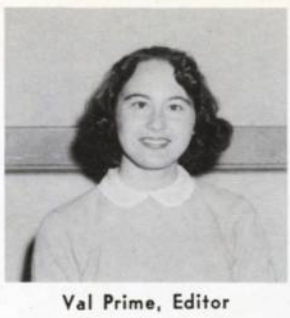