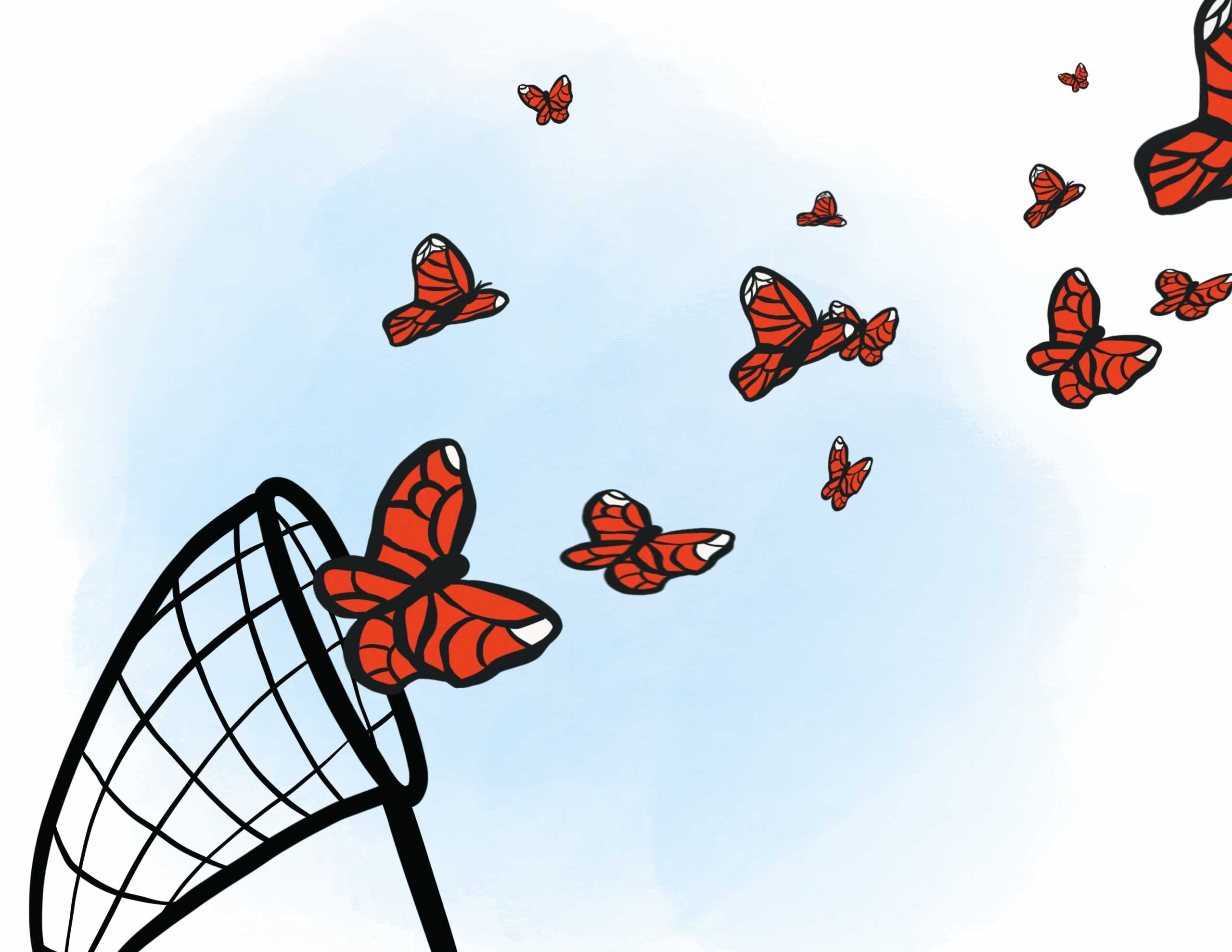 The digital side of deportation: The use of technology in immigration enforcement

Maria walks through the door, ushering in her two youngest children, ages 7 and 2, who cling to her hands. She is followed by her niece and eldest son, who diligently carry a stroller.

Maria, her husband Eric and her oldest son are three of over 2 million undocumented immigrants living in California, according to the Pew Research Center.

In April of 2018, President Donald Trump implemented the zero tolerance policy, resulting in  an increase in child separations and criminal prosecutions against undocumented immigrants.

Whether or not Maria and Eric, whose names have been changed to protect their identities, were aware, technology companies were using Department of Motor Vehicles information and online searches and purchases to create a mold that would fit many undocumented immigrants. This mold could then be used to identify and deport them, a fear that was a constant presence in Maria and her family’s lives from the moment they crossed the border.

“If someone doesn’t have papers, from the moment they enter this country they come with fear that the police will find them or there will be a raid.”

Since they first moved to America, they were cautious about the jobs they took and their daily decisions because there was always the hidden threat of technology that could make this fear a reality.

California is tied to the immigration debate not only because of its large population of undocumented immigrants, but also through Silicon Valley tech companies. By using data mining — a tool that enables companies or government agencies to examine large sets of data and create new information — these companies assist Immigration and Customs Enforcement in finding and detaining undocumented immigrants.

For undocumented immigrants in California and even here in Palo Alto, this new role of technology as an agent of immigration enforcement makes the fear of deportation even more real.

The role of tech

To the rest of the country, Silicon Valley is often perceived as the birthplace of successful technology corporations and a pillar of academic success.

Yet, as these tech companies grow in power, some question their integrity and whether their influence is being wielded appropriately.

Hana Morita, a 2018 Palo Alto High School alumna, is one such critic. She is a member of a student-led group at the University of Puget Sound called Advocates for Detained Voices, who work to protect the rights of immigrants. She said that the image Palo Alto projects does not exactly align with the reality of the community.

“We portray ourselves as this sort of utopia with liberal values,” Morita said. “We want to protect our immigrants and stand with people of color and people of different genders. But I think it is important to really ask about what our cities are doing and what the companies in our cities are doing, because underneath, that is not so good-looking, and it kind of goes against those values.”

Morita points to the Palo Alto based data-mining company Palantir as one of the corporations that has contributed to the detainment of undocumented immigrants. The tech company has faced opposition from the public and even from its own employees over the renewal of a $49 million contract with ICE in 2019.

The Information and Classifications Management system Palantir sells to ICE provides data from law enforcement agencies such as the Federal Bureau of Investigations. In addition, it collects data on the subject’s criminal record and work history in order to find and deport them.

Facebook employee Bruce Arthur thinks people have a right to protest Palantir’s decisions but that there is nothing inherently wrong in the choice Palantir made to renew its contract with ICE.

“Technology is always evolving and providing some tools for, let’s call it scary government security forces,” Arthur said. “And then sometimes taking things away too.”

Arthur says that the role of tech companies is simply to push the boundaries of technology; whether that technology is more harmful than beneficial is up for interpretation.

“It [technology] can also help immigration,” Arthur said. “I’d love a system where we use tech to actually identify people who want to come here that are likely to be great citizens. That would be a great use of it — evaluating potential people that apply.”

Technology is constantly evolving and, in turn, changing the world around it. Data that was once unfathomably large can now be processed in a matter of minutes. Arthur points out that this new ability allows for the exploration of scientific frontiers while also allowing advertisers to target individuals and their preferences on social media.

“It [technology] also allows scary surveillance stuff, which seems less exciting,” Arthur said. “I wish the federal government was a little more proactive about addressing that. It’s always going to be after the fact.”

However, with no such laws preventing Palantir from carrying on with data mining, they continue to help ICE bring to life the fears many undocumented immigrants hold.

As undocumented immigrants living in Silicon Valley, Maria, Eric and their oldest son — who were all born in Mexico — have faced many challenges in the U.S.

Leaving behind their lives and their families was not an easy decision, but Maria and Eric hoped to find better opportunities for their son, who suffered from hearing issues. They walked for two days to cross the border and worked day and night to support their family.

With her husband working at stores, car washes and construction companies where he could get by without documentation, Maria spent her days cleaning houses. From early in the morning to five in the afternoon and then again from 6 p.m. to 1 a.m. she worked. Even when pregnant, she toiled away.

“I spent the nine months working,” Maria said in Spanish. “I started to work in order to earn a little more money. He [Eric] alone could have worked, but it was not sufficient. So I said, ‘I have to work’ and I kept working. And like I told you, on Wednesday I cleaned two houses and that night he [my son] was born.”

In addition to economic challenges, they lived with the constant fear that they could be caught — a fear that, with the work of companies like Palantir, becomes more and more possible every day.

Even though some of Maria and Eric’s younger children are American-born, there is the constant fear in the back of her mind that they will be caught and her family will be split apart.

“It does scare me in that when you leave the house, you go to work and the kids are in school sometimes — I have seen it happen to three families — that they go to work and unfortunately they are found by immigration and are arrested,” Maria said. “And sometimes they put your kids in the care of another person.”

She says that they were never completely comfortable living in the United States, not only because of the economic struggles they first had to deal with, but also the constant fear of getting caught.

For Maria and Eric, this sense of insecurity is part of the reason that they have decided to return to Mexico. Life for them in the U.S. was never easy; they had to deal with the stress of being away from their family, were constantly working and always afraid.

“If someone doesn’t have papers, from the moment they enter this country they come with fear that the police will find them or there will be a raid,” Eric said. “One always has fear.”

By immigrants, for immigrants: Making a case for the American dreamers