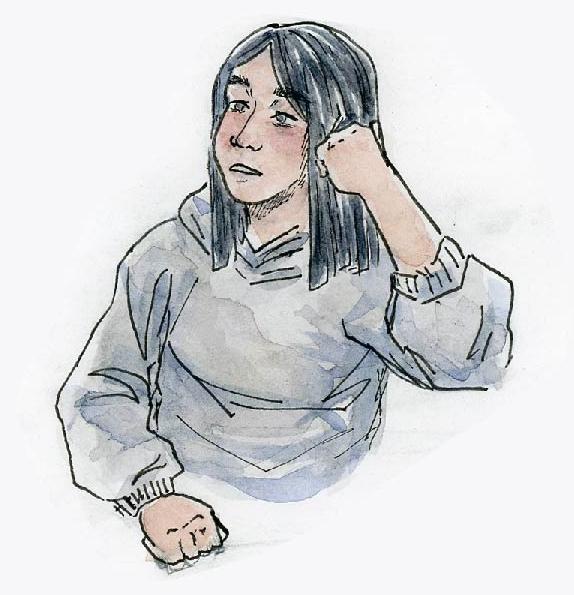 The calculating consumer: The complexities of everyday choices

Walking through Town and Country Village, Palo Alto High School junior Avantika Singh scans the stores around her. As she walks, her eyes are automatically drawn to the storefronts she is familiar with. The thought of having to choose where to shop from the entire set of stores is overwhelming to her.

“I would not be able to choose just because in my head, making a decision is the most chaotic thing ever,” Singh said.

In this age of political division and another rising generation of socially aware consumers, customers analyze everything from potential and environmental impacts to convenience when choosing the stores they shop at. 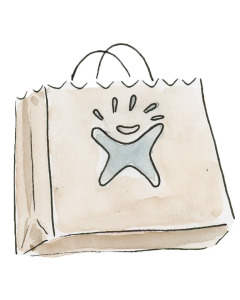 After news broke in early August that Stephen Ross, the chairman and majority owner of The Related Companies — which owns both SoulCycle and Equinox — had hosted a fundraiser to support President Donald Trump, calls for boycotts of these exercise outlets dominated social media.

Many Palo Alto residents took part in the boycotts themselves. Palo Alto High School parents and former Equinox members Nana and Brian Chancellor cancelled their membership after learning about Ross’ affiliation with Trump.

“I help fundraise for Democrats and causes countering the damage currently inflicted by the White House,” Nana Chancellor said. “It was an easy decision to cancel my membership.”

However, others in the Palo Alto community were less inclined to abruptly cut ties with these gyms. University of Southern California sophomore Sinead Chang has been part of the SoulCycle community for two years. She says her decision to continue her membership was mainly due to her positive experiences as a customer there.

“Stephen Ross does not define what SoulCycle is,” Chang said. “The CEO, Melanie Whelan, the staff, the instructors and the people I see every day in the studio are the people that have the power to control what SoulCycle is. Ross has the right to do what he wants with his own time and money, as do all of us.”

“When I [go to] SoulCycle, I am not supporting any cause and I am not aligning myself with any political party, I ride because I love the classes and the people.”

According to Chang, she has never felt discriminated against at SoulCycle based on her identity, political or otherwise. For Chang, the welcoming community SoulCycle fostered was enough to outweigh any political affiliations it has.

“When I [go to] SoulCycle, I am not supporting any cause and I am not aligning myself with any political party, I ride because I love the classes and the people,” Chang said. “SoulCycle has always been a vibrant and welcoming sanctuary, and there is no point in boycotting such a brilliant company.” 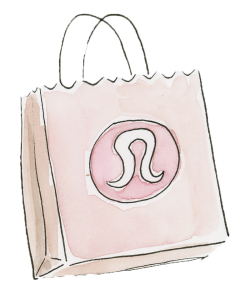 “You can get viral movements started [on social media], and even raise awareness,” Bloom said. “We’re way more aware and there’s much more information out there.”

Yet one of the most popular shops for teen girls is Brandy Melville, a clothing store known for its controversial “one size fits all” policy. Despite the controversy, many of Palo Alto High School’s students choose to shop at Brandy Melville, choosing to spend their money in a shop that is criticized for a lack of inclusivity.

Recently, the brand has received major backlash for its clothing, which mainly offers extra-small and small sizes and is tailored to fit almost exclusively tall, skinny models. Critics argue that this method of marketing to a single body type increases and amplifies existing body insecurities of patrons and idealizes the “model” body.

According to sophomore Melissa Garcia, Brandy Melville’s one-size-fits-all policy can have serious implications on a girl’s self-esteem and promote harmful ways of thinking.

“Girls who don’t fit [Brandy Melville’s] standards feel bad about themselves; they want to change themselves and sometimes that can be very negative,” Garcia said. “They can go through serious issues like being anorexic and have health disorders.”

Garcia is not the only person to voice her concerns regarding Brandy Melville’s controversial sizing policy.

“Not everyone is built the same way, you know, one size doesn’t actually fit all.”

Paly Economics teacher Debbie Whitson also says that the message the store is sending out to young girls is only targeting a specific kind of body type, thus perpetuating unhealthy expectations regarding the “ideal body.”

“Instead of being the ‘small skinny girls’ store, its [Brandy Melville’s] one-size-fits-all meaning is that one size fits all the people who matter,” Whitson said. “One size fits the ideal female form, or whatever that is.”

Singh points out that it is not fair for the store to label something as one-size-fits-all when the policy really excludes a large percentage of girls.

“Not everyone is built the same way,” she said. “You know, one size doesn’t actually fit all.”

According to Bloom and Whitson, trends are a strong factor when it comes to purchasing decisions, demonstrating how places where one spends money can be influenced by the current popularity of inclusivity and ethicality, even if it doesn’t affect shoppers directly.

The price of produce

The impact of trends is evident in the example of organic produce. Bloom points out that over time more and more Organic produce has shown up on shelves as awareness over environmental issues mounts and people look for ways to take action. 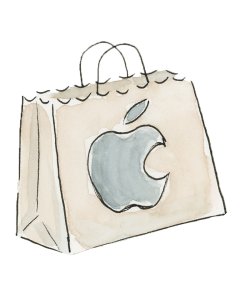 While buying organic produce has become a popular method of alleviating environmental stress, it is also a pricey one: organic products are often anywhere from 15% to 109% more expensive than their conventional counterparts, according to the United States Department of Agriculture. For wealthier Palo Alto residents, however, this barrier has not impacted buying decisions.

“We live in a wealthy community where we can buy what we want, or we can say, ‘I’m not going to buy that,’” Whitson said. “Because ‘that’ has too much waste attached to it.”

For Palo Alto resident and farmers market patron Elizabeth Gibbons, the source of her food is important.

“I try and choose organic and sustainable foods as much as possible and I come to this market,” Gibbons said. “This one is a non-profit and very focused on sustainable food and that is why I come here.”

Beyond just buying organic, Gibbons tries to purchase locally grown produce. She hopes these choices will help mitigate what she views as her negative impact on the world as a consumer.

“I try and choose organic and sustainable foods as much as possible.”

Another person often spotted at the local farmers market is Paly parent Virginia Rock. Before she heads out to the farmers market, she gathers part of her grocery list from her own garden. Rock constantly questions whether there is a more environmentally friendly alternative to the choices she is making.

“I absolutely buy things in disposable items,” Rock said. “I sometimes shop at Costco or I sometimes shop at Trader Joe’s because it’s convenient, even though it’s wrapped in plastic when at the market it would be just in a bin.”

Although Rock tries to be conscientious about the choices she makes, she doesn’t limit herself when she really needs something. The choices Rock and countless others make as consumers regarding where they shop have impacts that span beyond their diets: they decide who stays in business and who goes out.

Power of the purse

A crowd of people pack inside of The Prolific Oven Bakery in Palo Alto on closing day, Aug. 31, as employees try to call out orders over the sound of construction. Dozens of community members come early in the morning to place their last-ever order with the bakery before it shuts its doors for good.

The Prolific Oven, a beloved gathering spot to many in the Palo Alto community since its opening in 1980 came to a sudden close this year.

According to a letter posted by the owners, the rising cost of owning and conducting a business in the “ever-changing Bay Area” is what led them to shut their doors.

The business closed down because of the rent cost and shortage of staff, said Cristian Mendoza, a former employee at The Prolific Oven.

“In the end, there was just not enough business and not enough profit,” he said.

Recently, small local businesses like The Prolific Oven have been forced to shut down due to the ever-growing and demanding business atmosphere of the Bay Area. June 30, Milk Pail Market, a European grocery store in Mountain View, closed its doors too, having been bought by nearby developers.

The changing atmosphere surrounding business ownership and the introduction of large chain stores in the Bay Area are only part of the bigger picture; the decisions made by consumers to not shop in them factor just as heavily.

Still, there are those like Palo Alto resident Emily Gibbons who value what local businesses bring to the table.

“While you can buy organic at a grocery store, it’s not necessarily local,” Emily Gibbons said. “What I really like about this [the farmers market] is that… I can get to know people. It’s not just that you’re buying sustainable, it’s the community.”

Voting with your wallet

In recent years, shoppers have grown more aware of the many issues surrounding the choices they make as consumers, and media coverage has helped spread these messages.

“I watched a Netflix documentary about fast fashion and it showed burning factories and people who died in factory collapses,” Paly junior Hope Morita said. “After that, I was super inspired not to shop at fast fashion stores, but then I still did.”

Morita’s story is not unusual. Individuals swayed by external influences can fall back into old buying habits when factors such as convenience and price constrict flexibility Whitson says. The modern-day consumer is complex and their decisions are driven by the tradeoffs that they are willing to make. Despite this, Bloom maintains that it all boils down to a rather straight-forward idea.

“If you really want to put your money where your mouth is, just go to the farmers market on Sunday,” Bloom said. “Go to the local stores you like because they’re convenient, they’re family-owned, they’re connected to who we are and we like them and their values. I think that’s voting with your wallet: just spend your money at the stores you want to stay open.”

Letter from the editors: Our influence as consumers