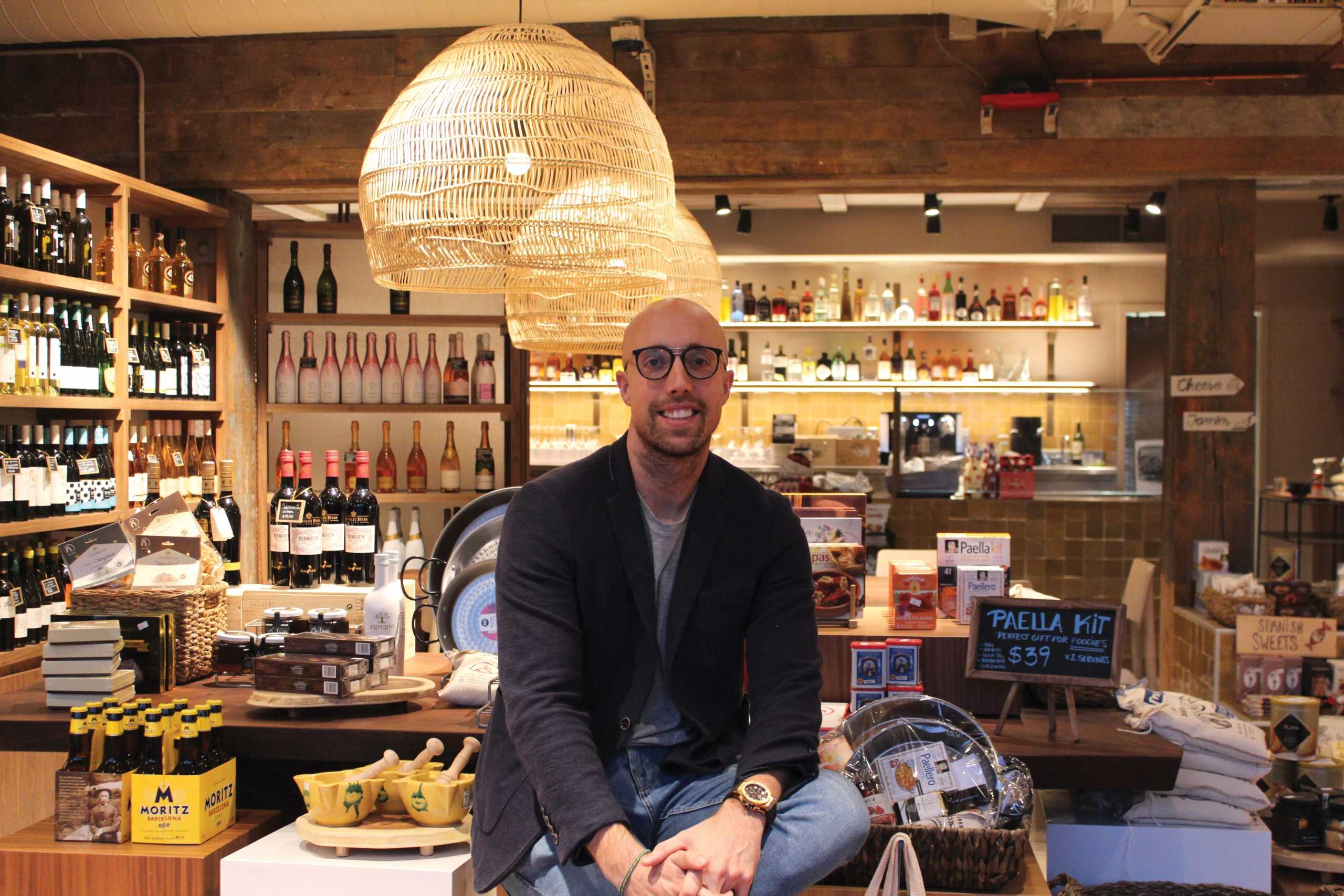 CULTURAL CONNOISSEUR Xavi Padrosa, co-owner of Telefèric Barcelona, is passionate about sharing Barcelonian culture. “My dream was always to make a chain in the United States of authentic Spanish food,” Padrosa says. Photo by Zoë Wong-VanHaren

Though eateries in Palo Alto already represent a rich mix of international cultures, authentic Spanish cuisine has only recently made a breakthrough on the local food scene this October.

At Town & Country Village, Telefèric Barcelona is the newest addition to the diverse lineup of available restaurants. Run by siblings Xavi and Maria Padrosa, the business has drawn diners from all over the Bay Area after its launch on Oct. 8 by remaining true to its unique Barcelonian origins.

“The experience … is not brought to the table by good service or good food. It is [brought] by … authenticity.”

The small family business began under a different name 25 years ago in Sant Cugat, Spain. A toy cable car, or telefèric in Catalan, going from one side to the other at this first restaurant led to regular customers calling it the telefèric restaurant. The name has since stuck and all five locations across Spain and the United States are called Telefèric Barcelona. 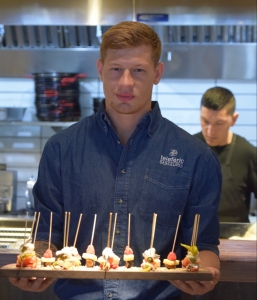 PINTXOS The Padrosa family was among the first to serve these small-bite skewers in Barcelona nearly 25 years ago. Typically made with meat, cheese or vegetables, pintxos are eaten as finger foods at Spanish restaurants.

As the winter season comes into full swing in Palo Alto, Spanish music, warm lights and lively diners welcome guests to experience an authentic immersion in Barcelonian culture. Inside the restaurant are good-natured waiters who approach with an “Hola” to every guest, switching fluidly between English and Spanish.

Closely mimicking Spanish nightlife, Telefèric Barcelona remains busy late into the night and takes reservations until 10 p.m. Though crowds peaked at around 7 p.m. on the Friday night of our visit, the restaurant hosts a fair amount of customers throughout its lunch and dinner hours.

After their meal, guests are free to explore the small Spanish market on the side of the restaurant, where they can purchase goods such as Spanish cookbooks, olives and gazpacho.

In an extra effort to stay true to authentic Barcelonian culture, the Palo Alto site also plans to host Flamenco Nights beginning around January with professional dancers from Caminos Flamencos — authentic Spanish performers who have already proved popular at the Walnut Creek location.

“Not many restaurants give an authentic experience to guests,”  says Xavi Padrosa, co-owner of Telefèric Barcelona. “And I always say that the experience … is not brought to the table by good service or good food. It is [brought] by an experience you generate with authenticity, like the flamenco show of dancers.” 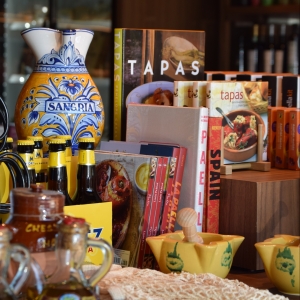 A TASTE OF SPAIN In El Merkat, Telefèric Barcelona invites customers to experience the atmosphere of a Spanish market. The space is complete with authentic recipe books, Barcelonian pottery and a large selection of wines.

Spanish and American food cultures may seem vastly different, from eating times to ingredients and the norms around sharing food, yet Telefèric Barcelona easily opens a window for its customers into an authentic Barcelonian lifestyle.

“I try to share the message of how Spaniards like to eat when [they’re] not at home,” Oscar Cabezas, executive chef of Telefèric Barcelona, says.

To help spread Spanish culture as far as possible, the menu at Telefèric Barcelona is set to change every three to four weeks as part of an effort to keep the restaurant dynamic.

According to Cabezas, the three most important things that characterize Spanish food are local ingredients, taste and flavor; hence, these are the restaurant’s core values in serving its patrons.

Telefèric Barcelona has proven its success with the opening of five locations in Spain and the United States; the Padrosa family has no plans to stop expanding and intends to share its culinary expertise with more cities in the near future.

“We are planning to open [another location] in Los Angeles next year,” Padrosa says. “Whatever good opportunities come to the table, we’ll take them.”

Below are some of the dishes Verde tried at Telefèric Barcelona.

This salad is made with arugula, oranges, sun-dried tomatoes and figs with a mound of soft burrata cheese. The sweet and savory dish is topped with balsamic vinegar and crushed pistachios for added texture, with fig jam on the bottom layer. 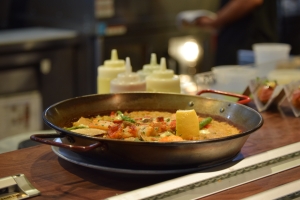 PAELLA DE VERDURAS This well-known Spanish dish is fresh and not too hot with a crispy bottom layer. Cooked vegetables such as asparagus and bell peppers enhance the flavor, while a savory white sauce tops off the dish.

Crispy potatoes are served in a yellow ceramic bowl and covered in a delicious biscayne sauce with aioli. The taste of garlic is not overpowering and the combined flavors create a delightful dish which has proved popular among customers.

This straightforward dessert is served warm with a small bowl of chocolate sauce and mint leaves. A crispy exterior hides soft dough on the inside and the churros are neither overwhelmingly large nor sweet. 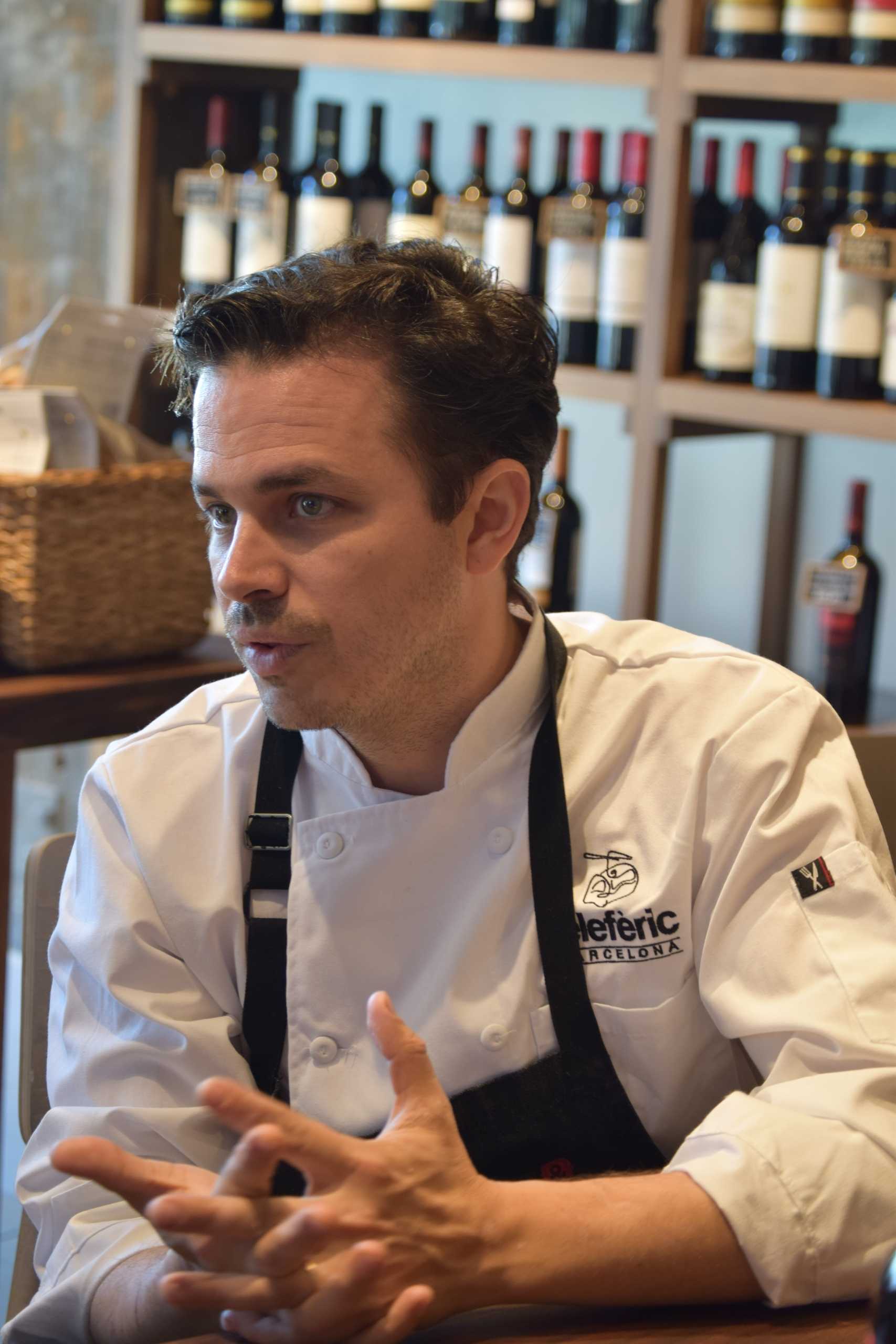 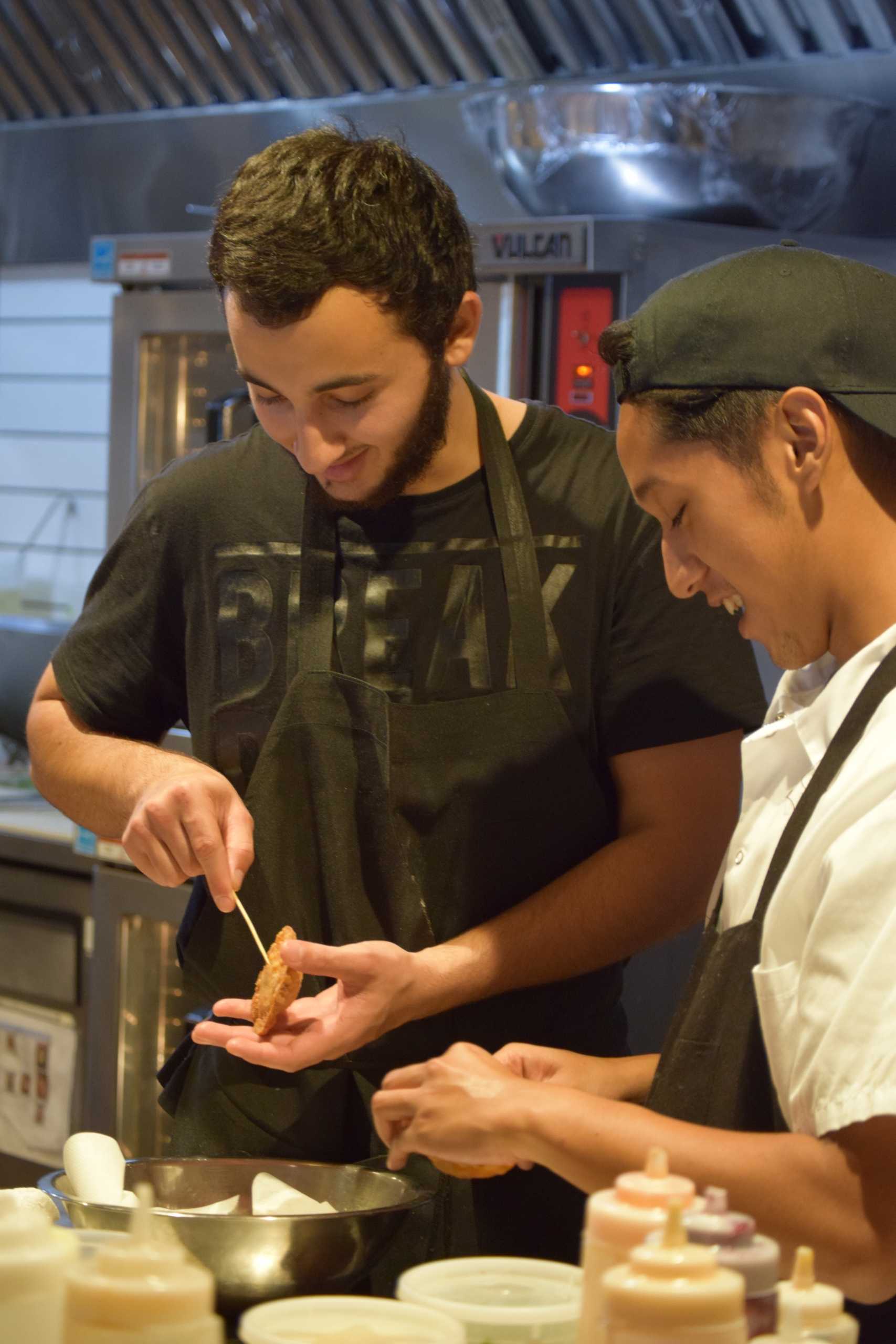 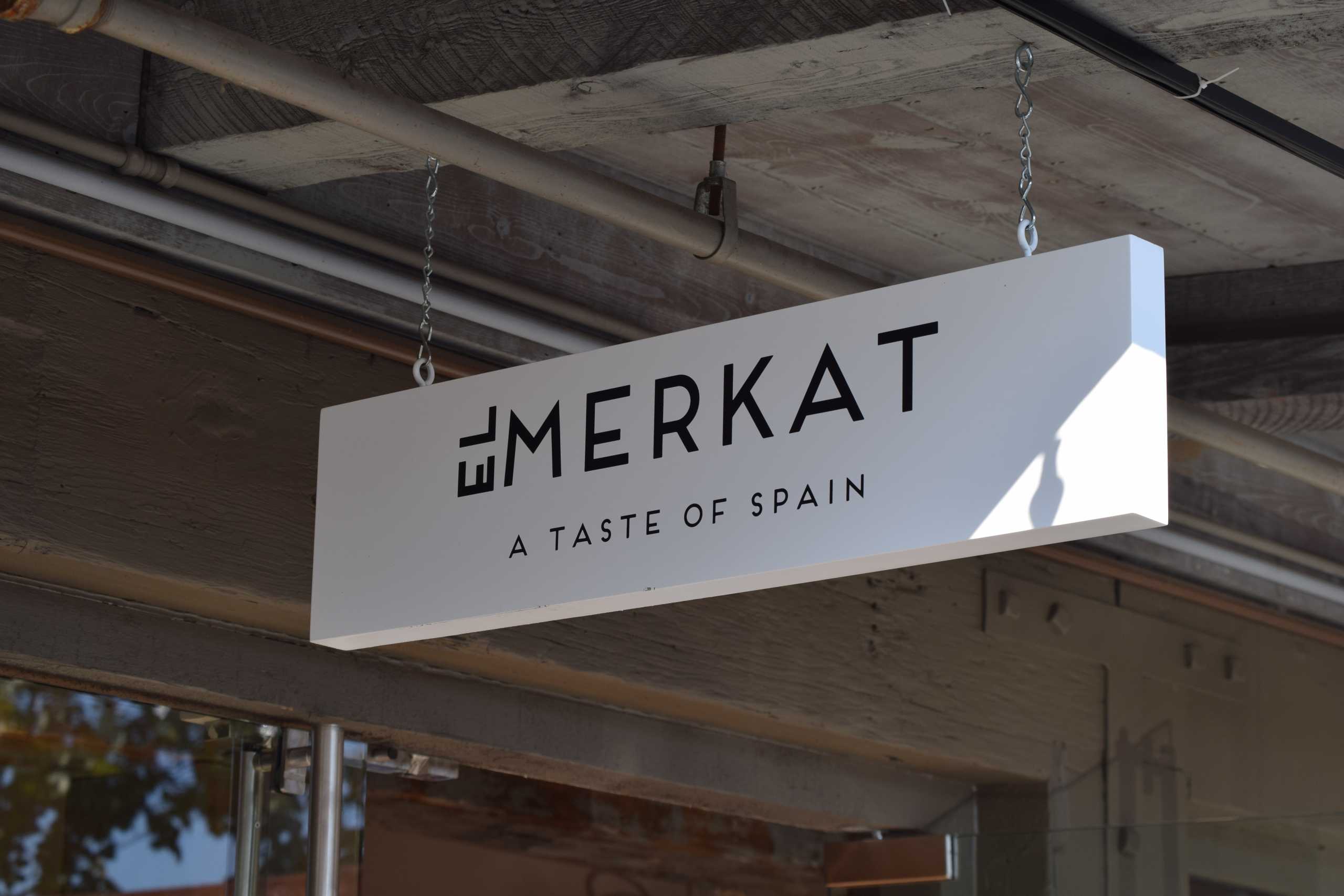 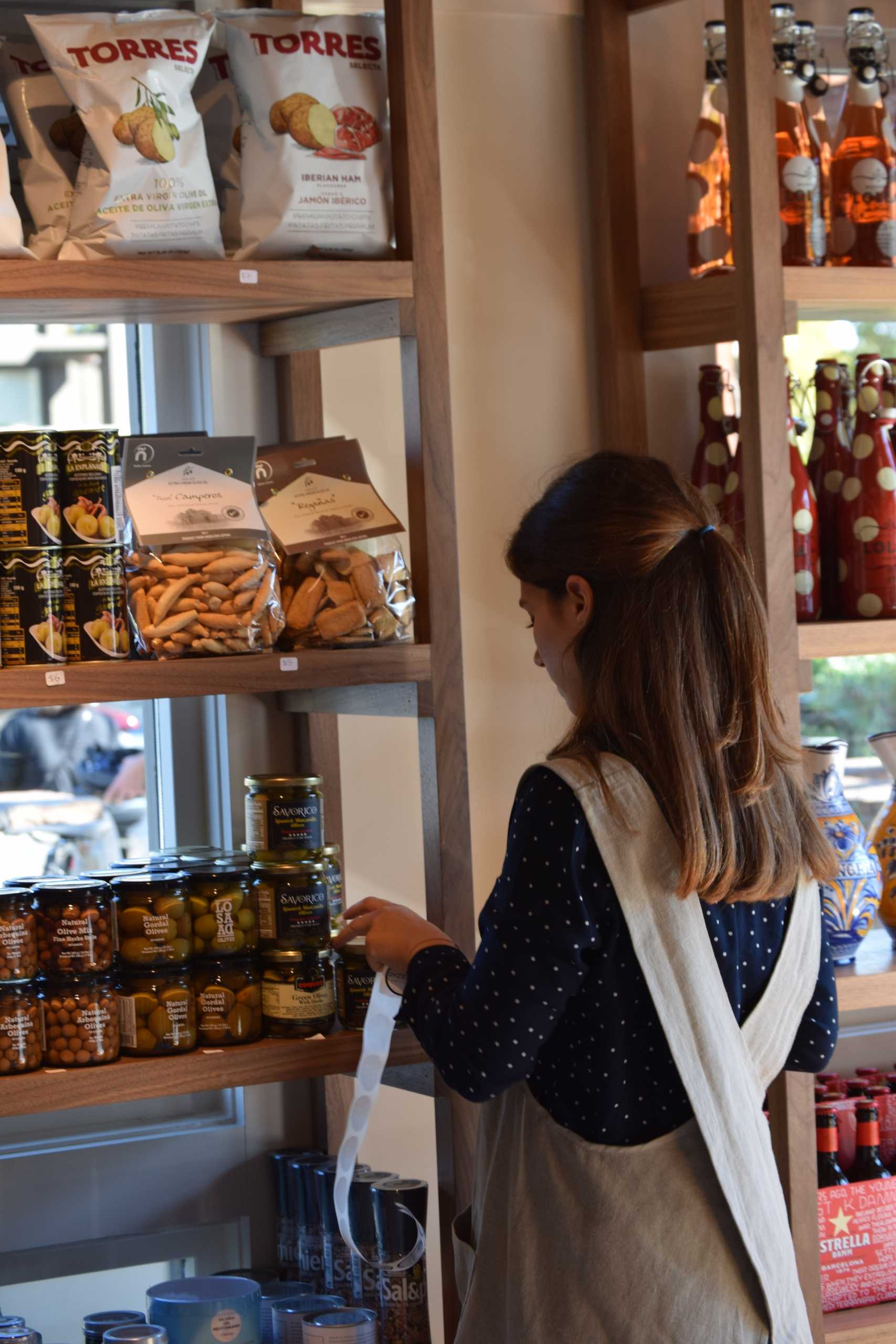 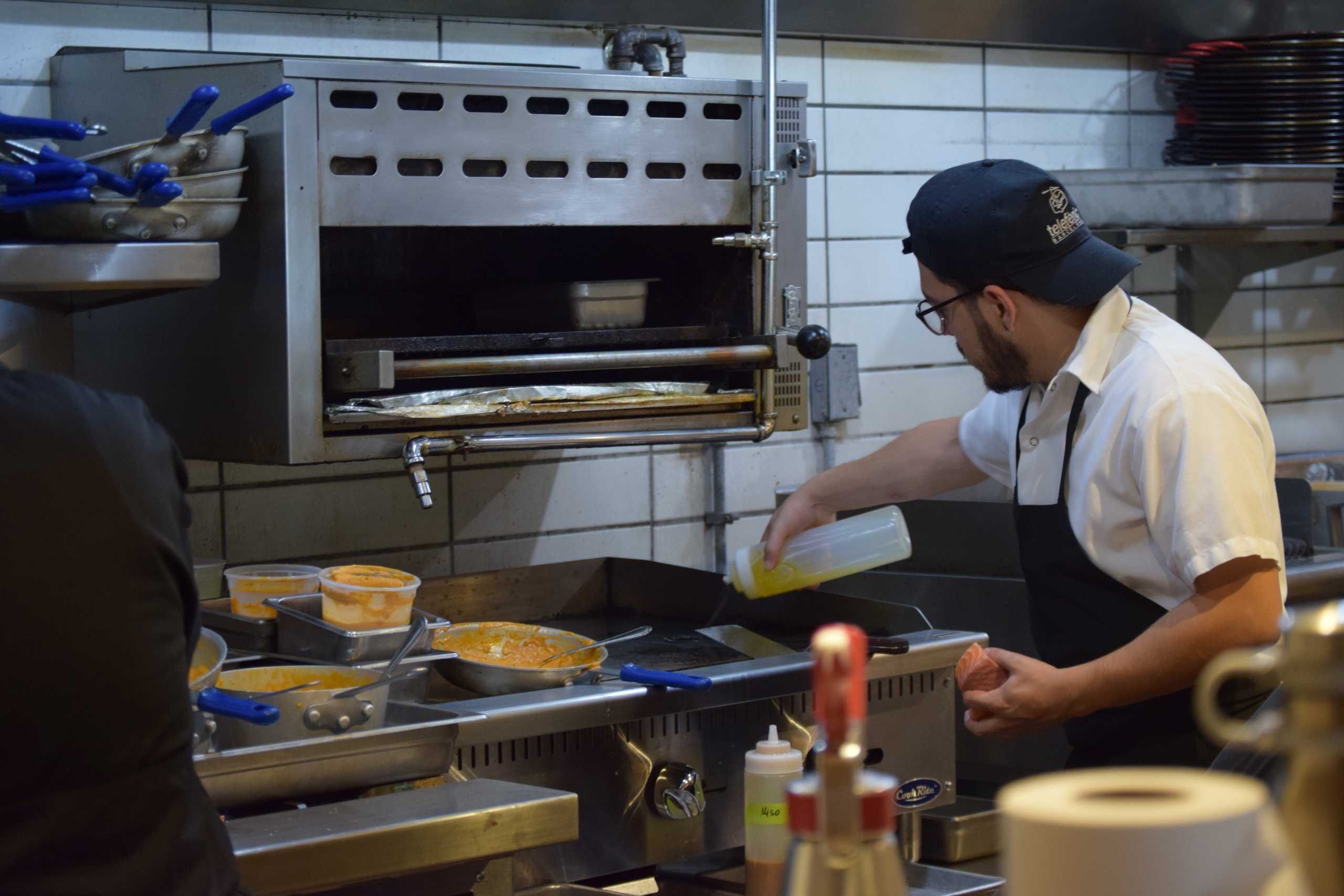 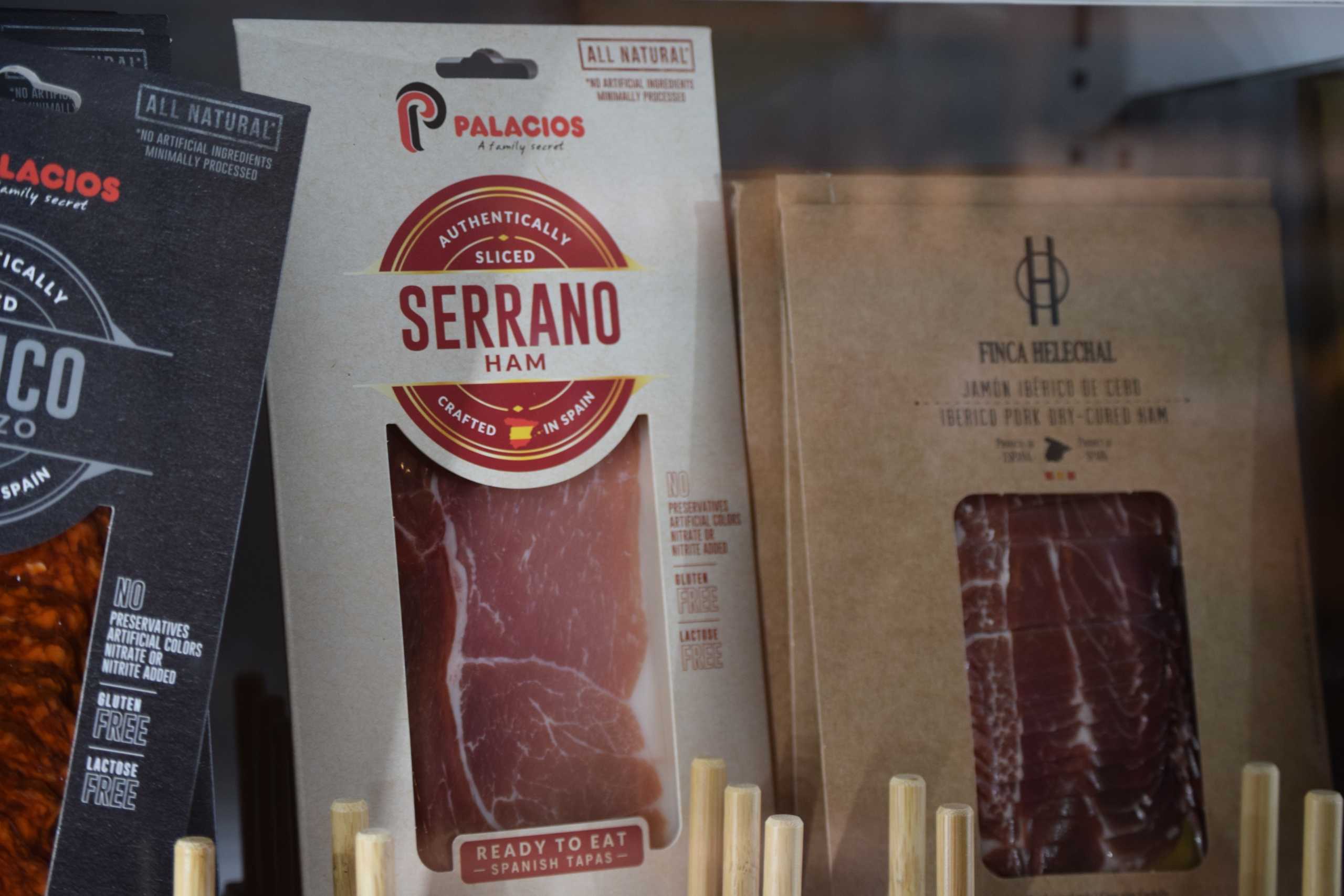 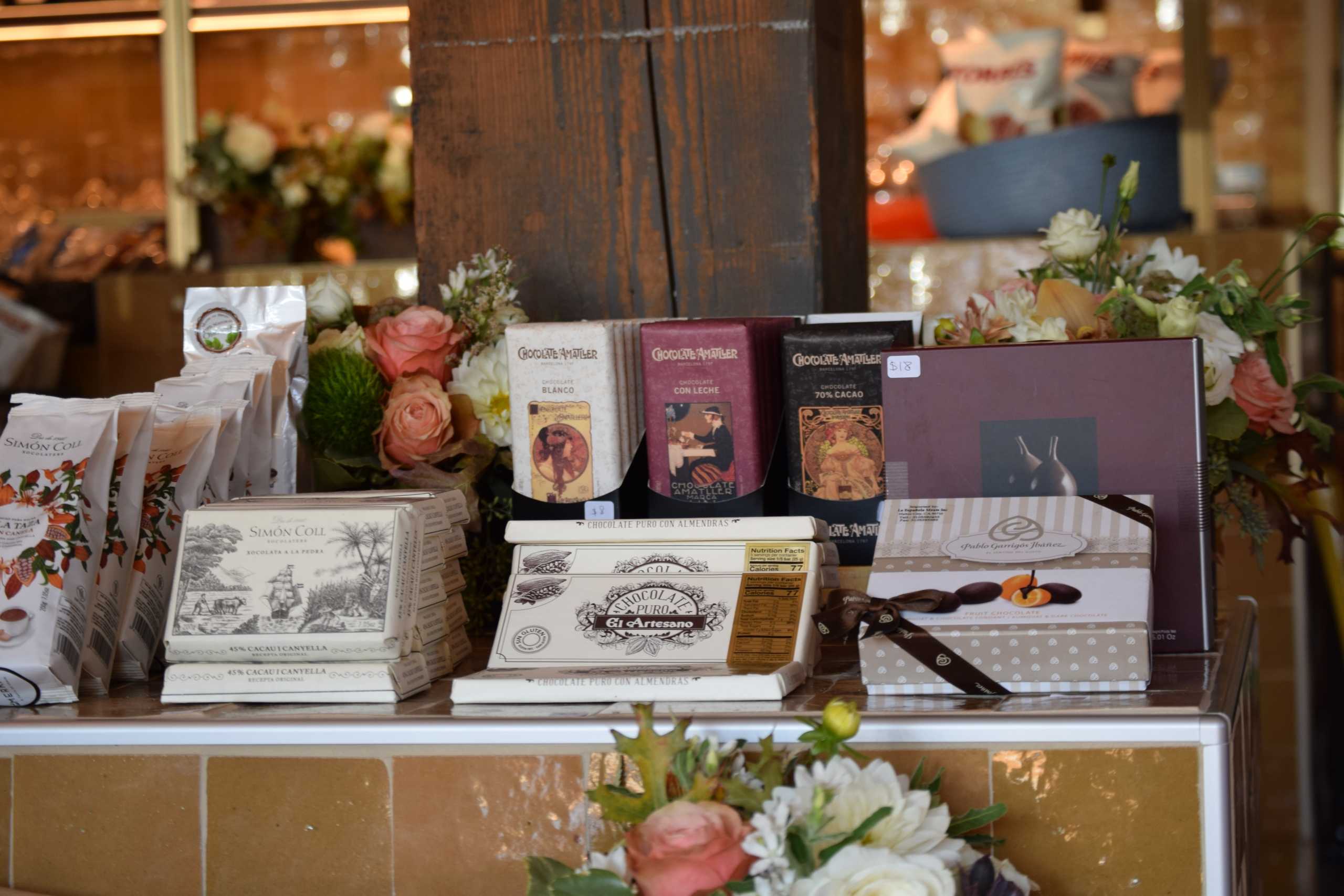 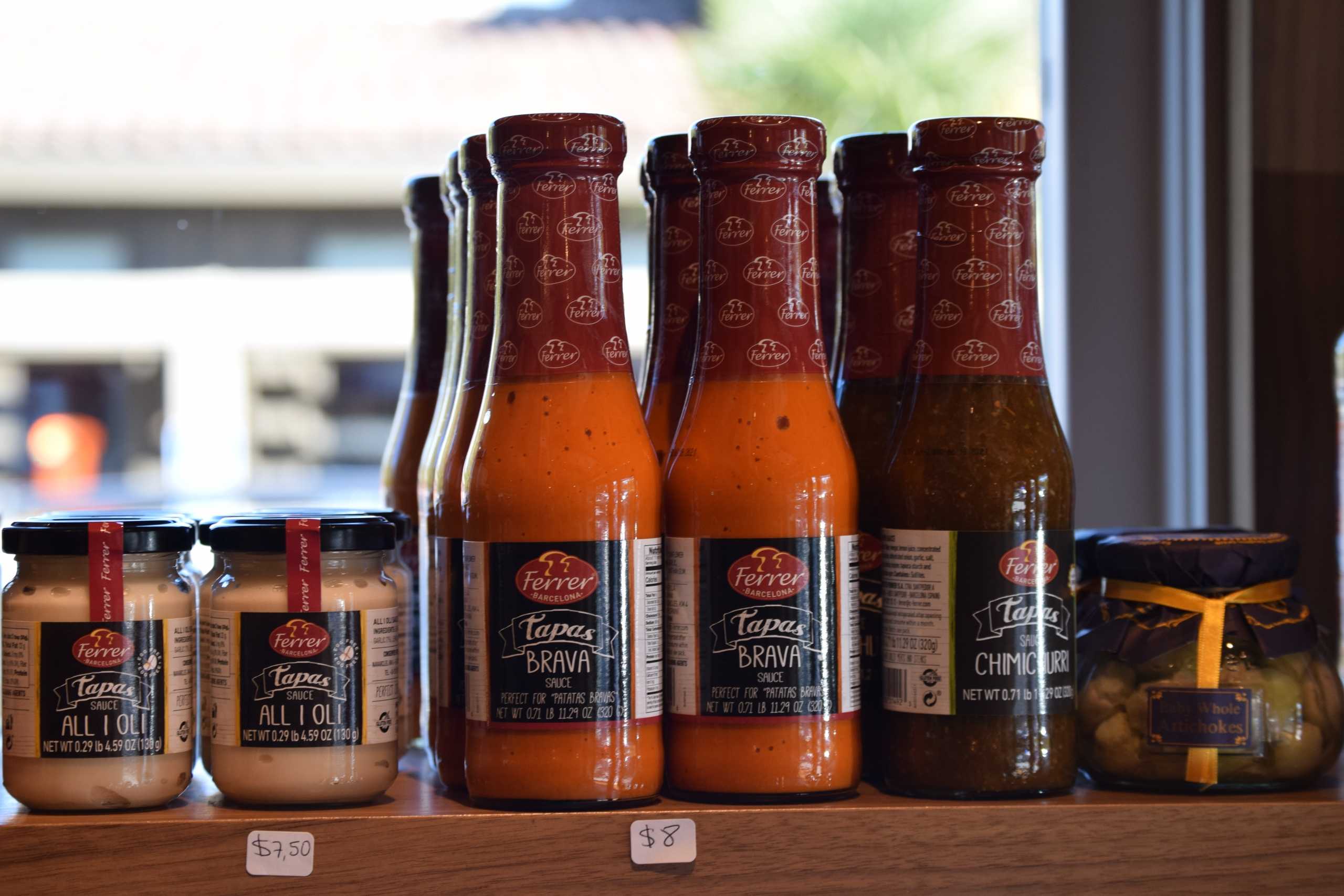 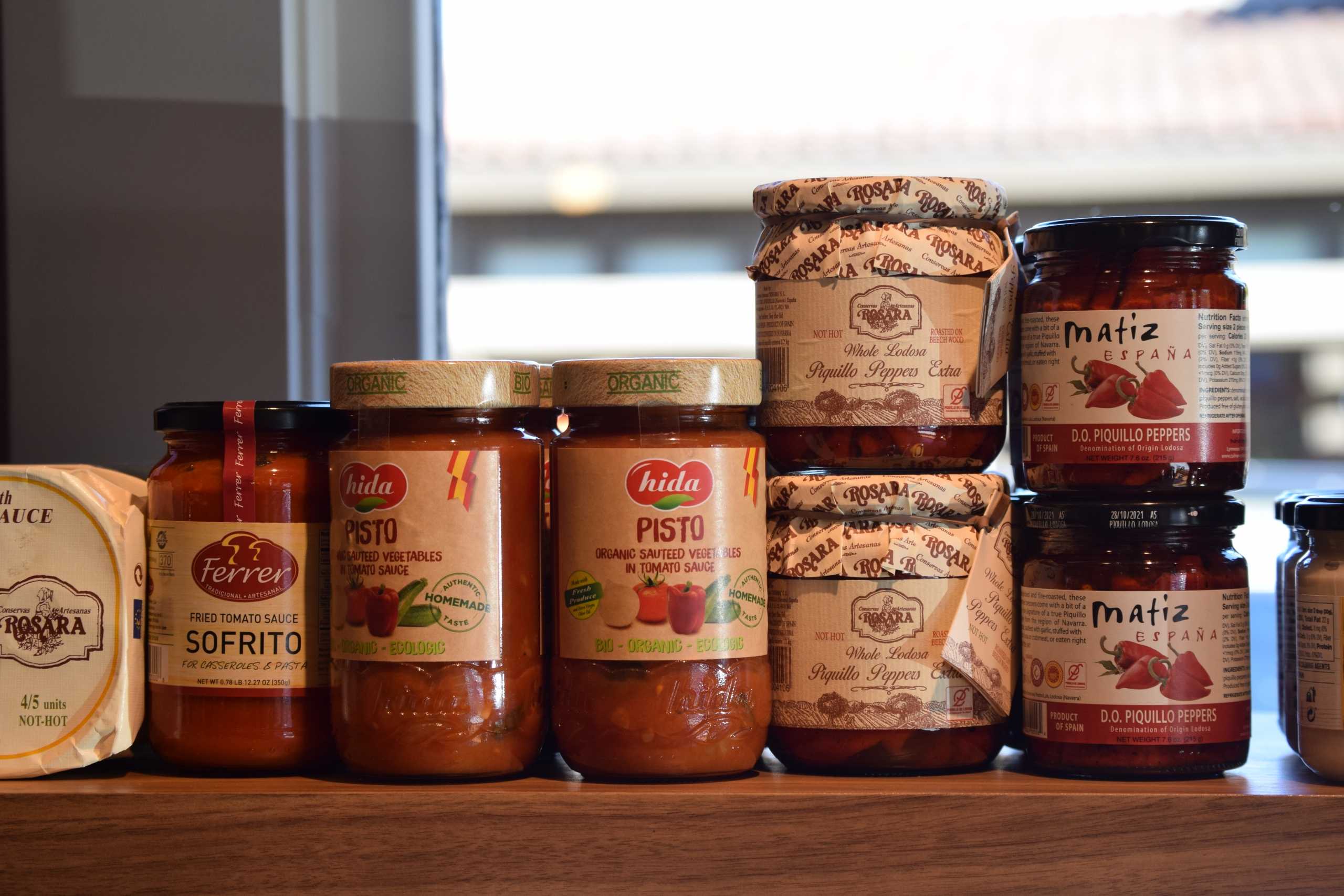 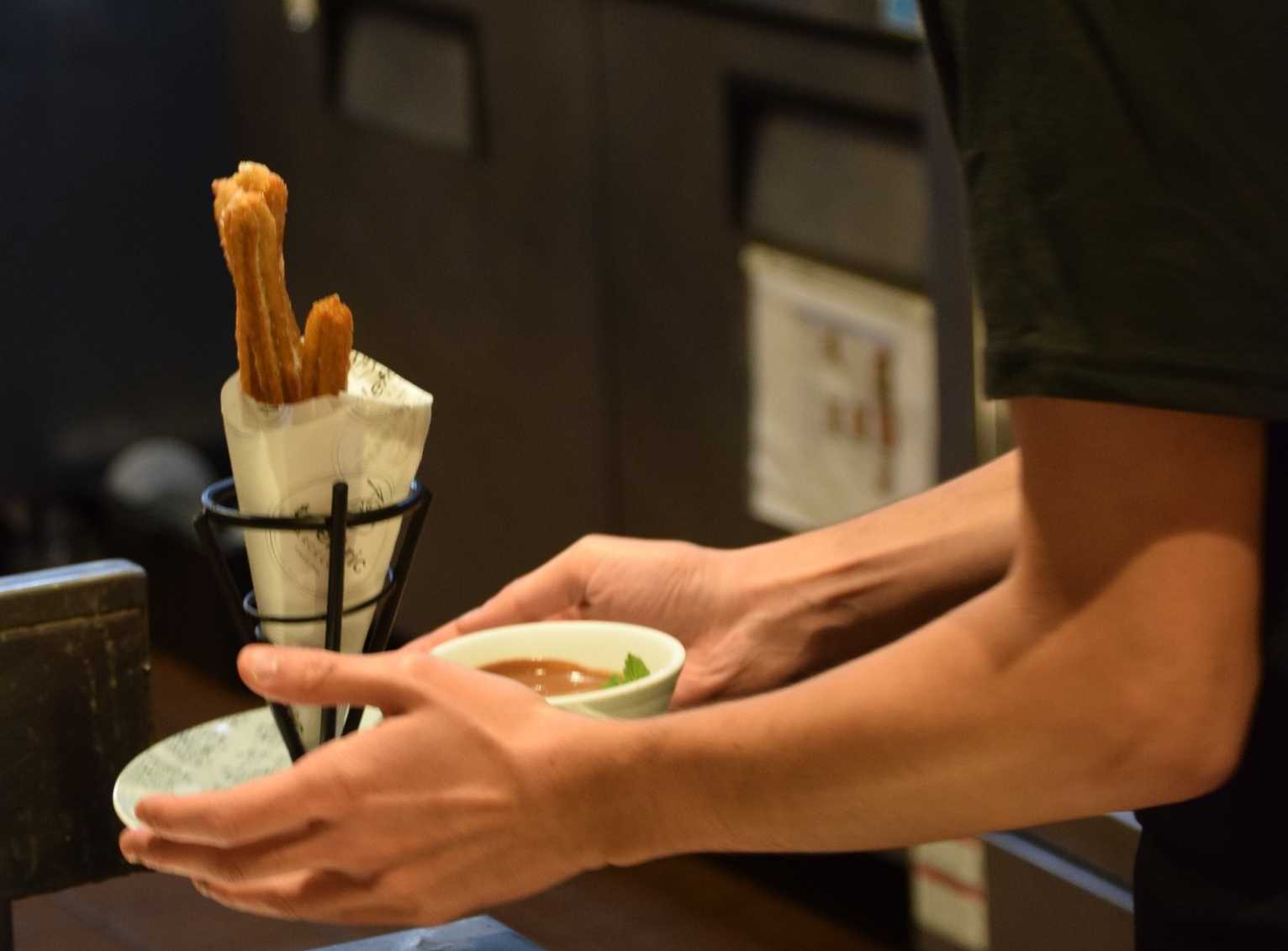