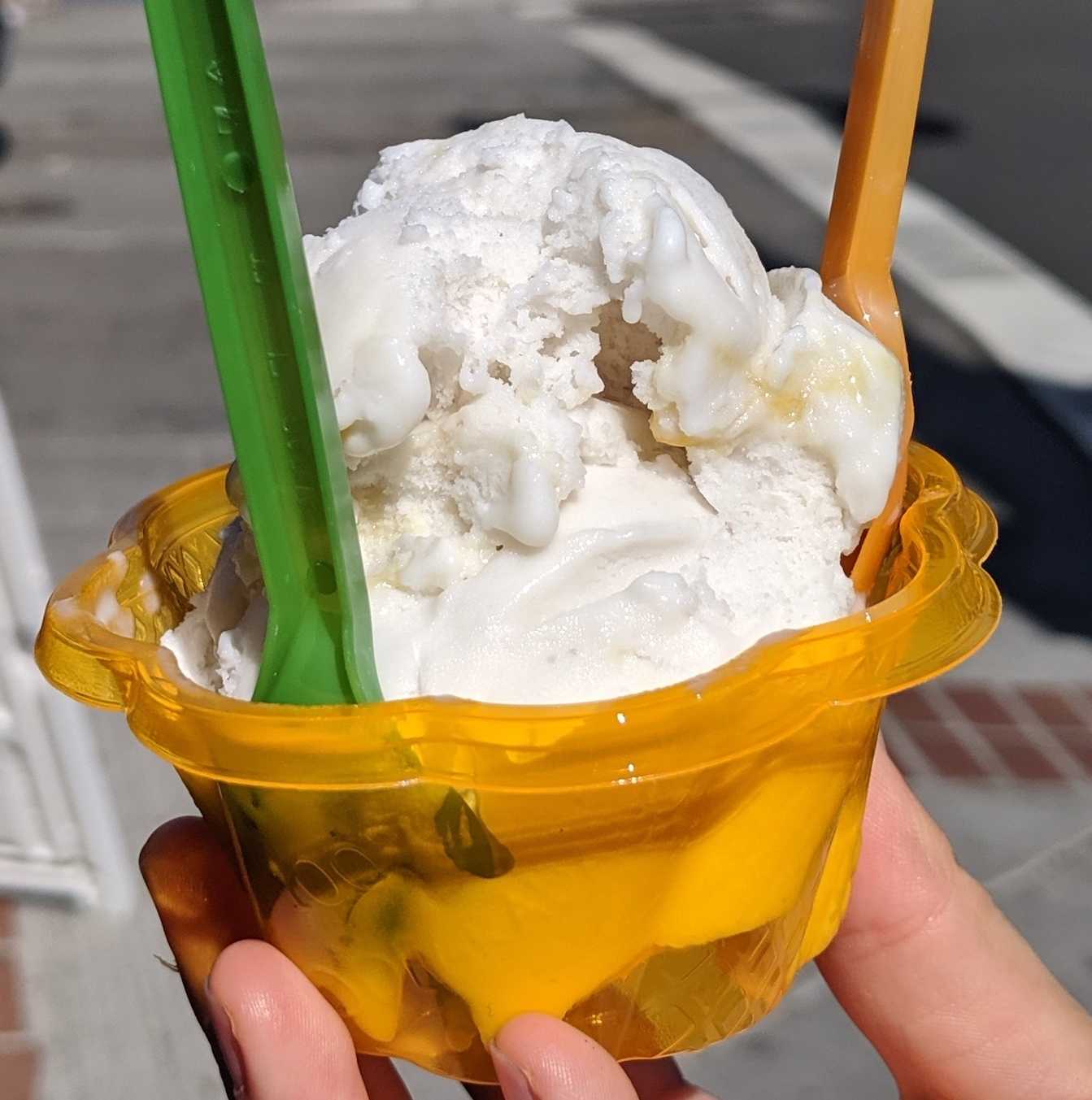 “I was born in a country where the water buffalo is predominantly used as the source of milk … I was really surprised to find out that nobody really appreciated that or even had that [here],” says creamery owner Kal Morsey, an immigrant from Egypt. “So I decided that I wanted to make a difference.”

Morsey’s Creamery, located at 125 University Ave., is the latest addition to more than six ice cream shops already situated downtown. Banners hung outside invite passersby, reading “NOW OPEN: Free Sample — Gelato,” and the creamery logo, a green buffalo, is displayed throughout the store. With sleek walls and few counters, the interior is minimalist-yet-welcoming, designed solely for the purpose of serving gelato.

What sets Morsey’s gelato apart from its neighbors is its use of water buffalo milk. Kal and his wife, Yulia Morsey, own a water buffalo farm near Sacramento, where they have about 300 water buffalo. They also prioritize the freshness of their products, and source ingredients such as fruits and chocolates both locally and organically. 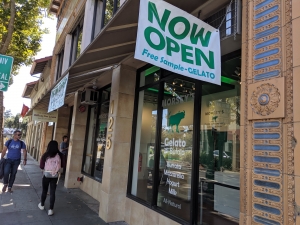 The Morseys already own a restaurant in Los Altos, Morsey’s Farmhouse Kitchen, that is also based on water buffalo products, but after realizing they had a surplus of water buffalo milk, they decided to open a gelato shop. They chose Palo Alto as the location to open their new business, believing there was something unique to introduce to residents and that the area would help them increase the exposure of water buffalo products.

According to the United States Department of Agriculture, water buffalo milk has more protein and iron than traditional cow’s milk, as well as less sugar and cholesterol, giving it greater health benefits. As a result, ice cream made from buffalo milk enhances flavors in Morsey’s gelato — including gianduja, passionfruit, dark chocolate, raspberry and mango — and allows customers to fully appreciate the original, creamy taste of gelato.

“[Palo Alto] could be the starting point of buffalo milk.”

“It’s a very healthy product — it’s much healthier than cow-made products. You notice when you don’t have any aftertaste in your mouth, and you don’t have this sugary feeling. But of course, ice cream is never really that healthy,” Kal says with a laugh. 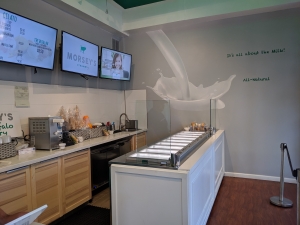 CLASSIC AND SPACIOUS The simple interior creates a relaxed setting where customers can sample and savor gelato. Photo by Naomi Boneh

Inside the creamery, Kal is happy to hand out samples or explain the story behind his ice cream, establishing a friendly atmosphere in the shop. While the creamery is already more than appealing, he hopes to balance and improve its quality in the future.

“We’re not at our best yet because we just opened up a few weeks ago, but as we go further we’ll know the right temperature and the right recipes,” Kal says.

Although the shop offers a plethora of fresh flavors, Kal’s favorite is milk cream, made with just plain milk.

“And you know why? Because my father told me — and I wish to pass this to you — sometimes less is more,” he says. “The most simple thing is that it’s nature, it’s very natural, without any flavors.”

Verde took a trip to Morsey’s Creamery to try the ice cream for ourselves. 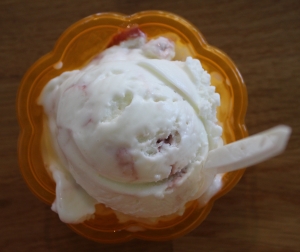 GENUINE GELATO With a distinct texture, a scoop of raspberry gelato is slightly less sweet than regular ice cream, and neither overpowering nor artifical. “[It’s] my pleasure when I see people enjoying the ice cream,” Kal says. Photo by Zoë Wong-VanHaren

Morsey’s gelato comes in a large flower-shaped cup, and a single scoop is more than enough for one person. Thick, creamy and not too sweet, the milk cream gelato is anything but plain and has a natural taste that makes it just as delectable as any other flavor.

As Kal explained, there is no sticky aftertaste usually associated with sweet treats. The raspberry flavor has a delicious, clear and fruity taste, with bits of raspberry dispersed throughout the gelato.

Discovering vegan ice cream: An alternative to a classic

We all scream for ice cream