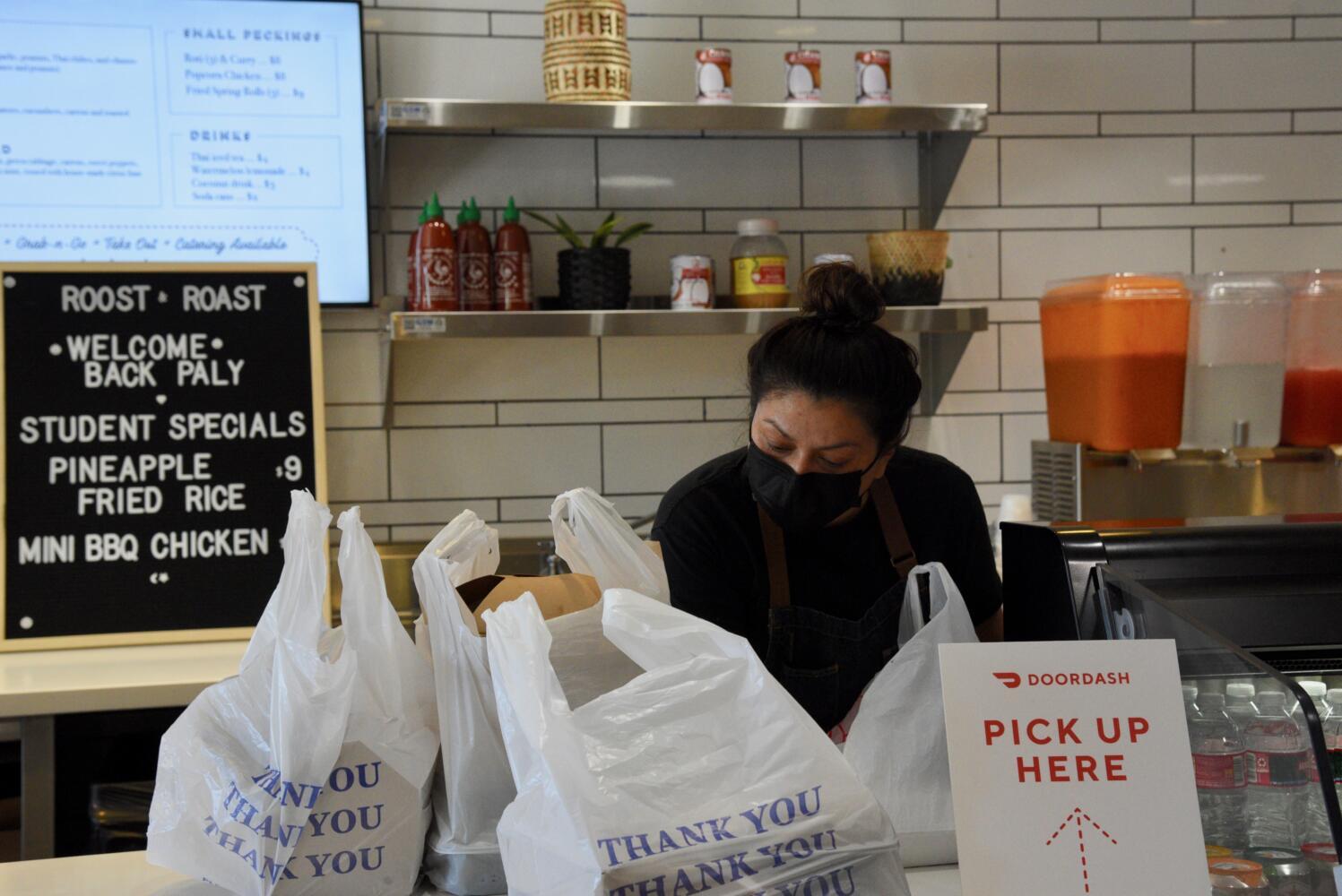 The warm aroma of Thai basil fills the room, accompanied by the lively chatter of staff and the loud crackling of oil. Minimalistic white walls and simple decor contrast with the fiery cooking in Roost and Roast, one of the newest restaurants in the ever-popular Town and Country shopping center.

After an extended stay in Thailand, owner Brandon Poon, a Henry M. Gunn High School alumnus, was inspired by the country’s street food and unique flavors, opening Roost and Roast in June. Poon said his mission was to bring the essence of Thai street food to Palo Alto.

Along with its food, Roost and Roast’s location and lack of seating allude to its street food inspiration.

“The small space, takeout only, resembles that food stall type of atmosphere versus a full restaurant,” Poon said.

Poon’s passion for quality cooking is in his blood. As a kid, Poon worked in his family’s restaurants and learned to cook with a wok at the age of 13. While he said he was not initially passionate about the culinary arts, his love for food grew as he grew older. Poon said reflecting on his family’s ties to the kitchen eventually motivated him to pursue cooking full time.

“I figured it’d be nice to come full circle and serve my community.”

“You don’t realize how much sacrifice your parents made opening restaurants just to provide for their family — all the long hours — and that’s what really brought me back into it [the restaurant industry],” Poon said.

This renewed passion led Poon on a journey through various sectors of the food industry. After attending culinary school, Poon bounced around from working at Michelin-starred restaurants like Madera, to running pop-ups, to doing culinary operations with the 49ers and Giants and eventually owning and operating his own restaurants. After being forced to close one of his longtime restaurants due to the coronavirus pandemic, Poon shifted his focus to opening Roost and Roast.

“[In] the hospitality industry, nothing lasts forever,” Poon said. “I figured this is just a starting over again.”

This new chapter of Poon’s restaurant story brings him back to his roots.

“I’ve always wanted to open a restaurant in Palo Alto because I grew up here and I figured it’d be nice to come full circle and serve my community,” said Poon.

Inspired by his journey through the culinary world and dedication to bringing Thai flavors to Palo Alto, Verde sampled his dishes.