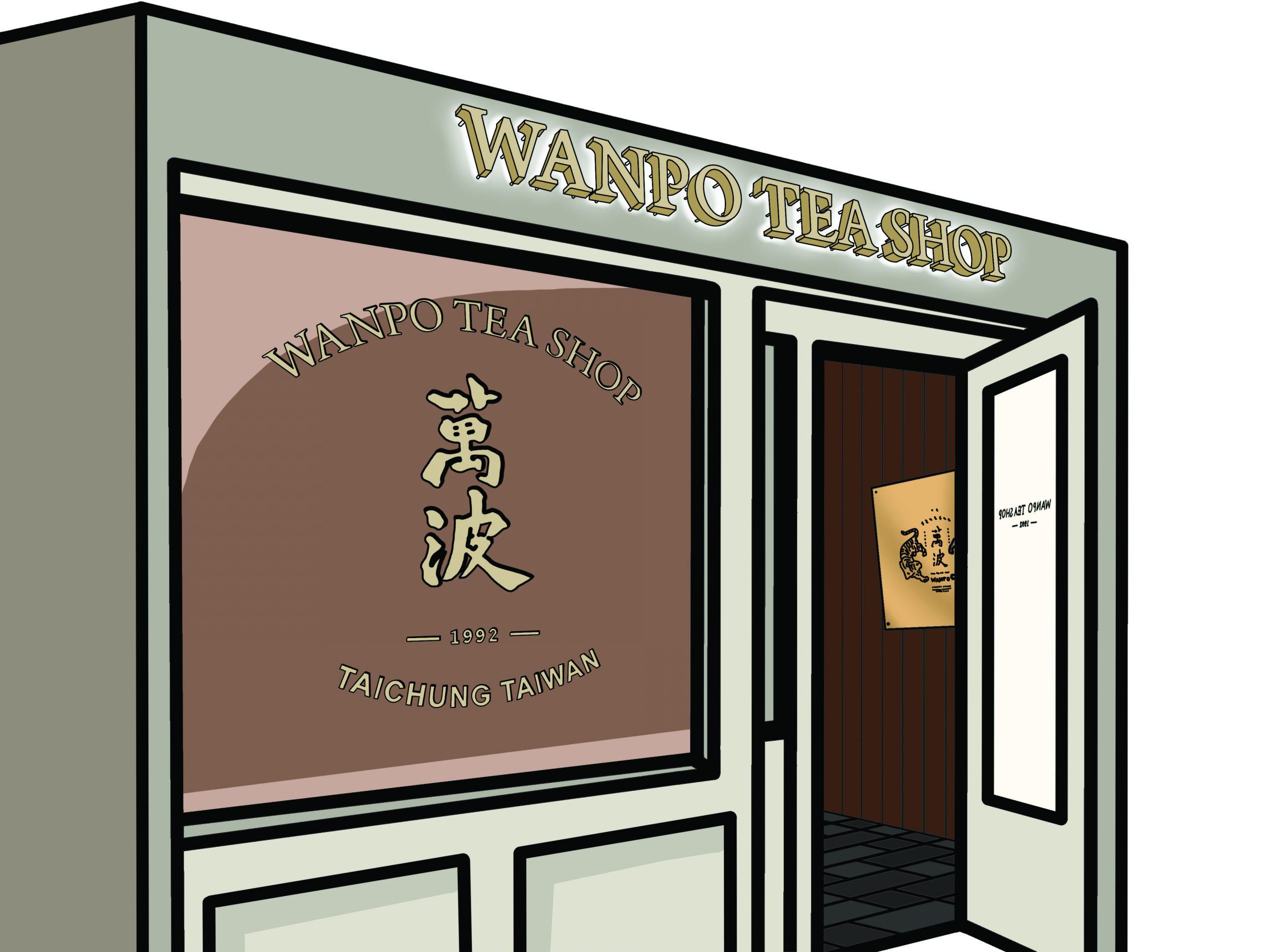 As guests enter Wanpo Tea Shop, they’re greeted with the sweet scent of tea and tapioca pearls. In the back, large metallic jars are stacked neatly on wooden shelves while workers scatter themselves across the kitchen, carefully preparing the tea at their respective stations.

During the mid-1950s, founder Peter Chang’s family sold a variety of drinks such as black tea, winter melon tea and aiyu lemonade at their grocery store in Taichung, Taiwan. Chang took inspiration from this store when he founded the first Wanpo Tea Shop in 1992 in the same village, according to the store’s website.

The shop has since gained popularity and spread to 67 locations across Taiwan, Korea, Japan, Australia, the United Kingdom and most recently the United States, preserving Taiwan’s native flavors and traditional craftsmanship of boba tea across the globe.

Drinking bubble tea — sweet milk tea topped with chewy tapioca pearls called “boba” — has become deeply ingrained within the Bay Area’s culture over the past two decades; so much so that a walk around downtown Palo Alto reveals a boba shop storefront every few blocks and the well-loved drink in the hands of numerous passersby.

Though tapioca is featured as a key ingredient in desserts like pudding from myriad Asian countries, the specific combination of milk tea and boba originated in Taiwan.

The globalization of bubble tea has inevitably caused it to adapt to new tastes and modern drink trends. Though the highly customizable nature of bubble tea means there will never be a “right” or “wrong” way to enjoy the beverage, boba has become undeniably westernized with similar ingredients and excessively large drink sizes providing little differentiation between various stores.

Wanpo Tea Shop’s menu features over 20 types of drinks — from refreshing, colorful fruit teas to creamy and sweet beverages, they share Wanpo’s trademark elegance and authenticity in both taste and presentation.

Rather than reducing the quality of teas in favor of expanding the available range of flavors and toppings, Wanpo Tea Shop carefully crafts its drinks’ bases and supplements the tea flavor with simple, traditional toppings — making it a clear winner.

All drinks come in both medium and large sizes, the latter roughly the same as a standard size from most other boba shops, and almond or oat milk substitutions are available.