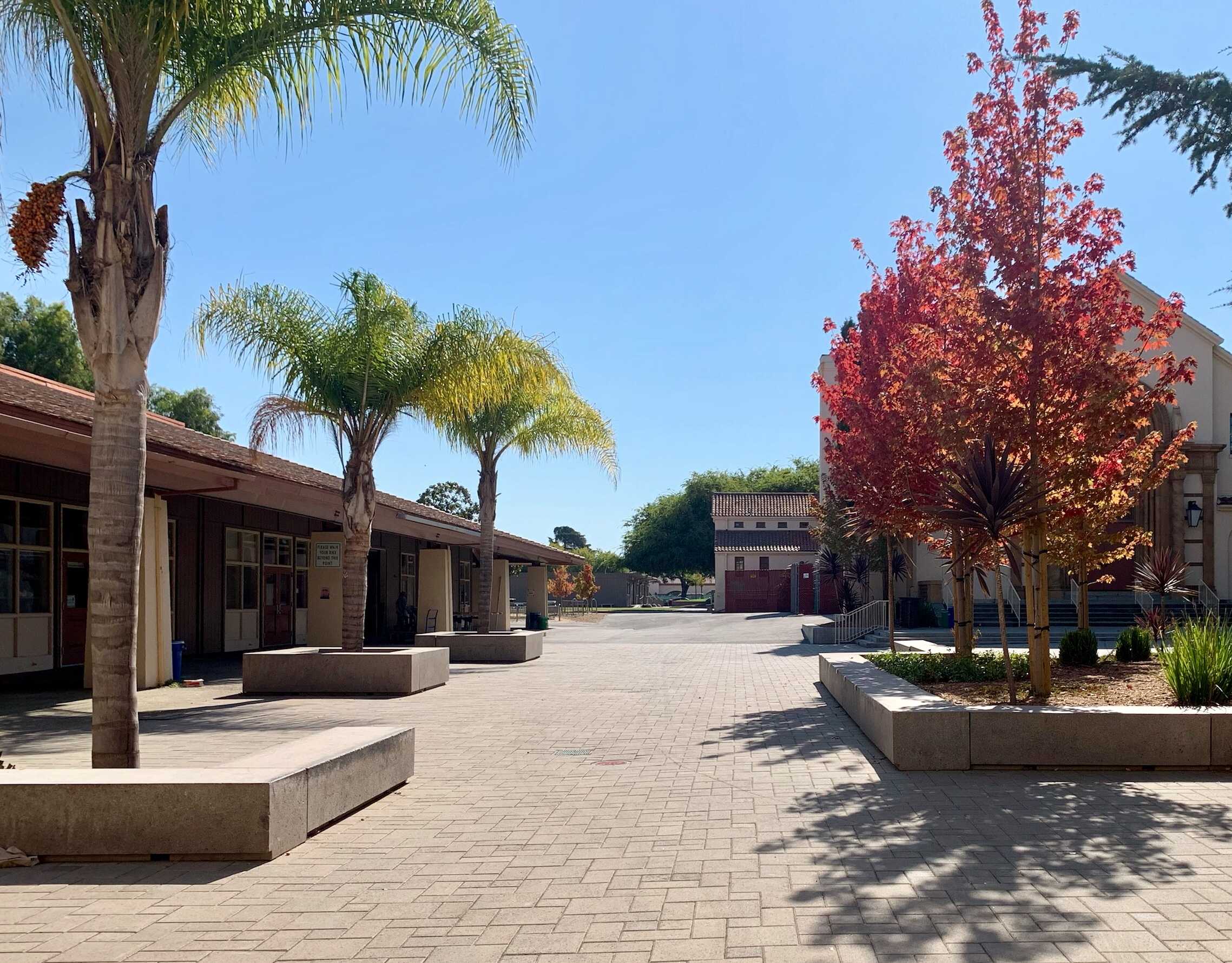 ENTRANCES AND EXITS Because of its open campus nature, Palo Alto High School has several points of entrance and accessibility around the school, one of the most notable located at the back of campus, next to the Peery Center. As part of assessing safety measures at Paly, the district plans to have a better method of monitoring visitors who come in and out of the many entrances. "Our high schools have a lot of entry and that’s just the way it's going to be," Supt. Don Austin said. "So we're looking at ways to better monitor those entry points." Photo by Ishani Raha

To take action in securing school campuses, Palo Alto Unified School District is using a safety, security and disaster preparedness manager, following the national worry of school shootings and past false alarms in the district.

PAUSD Supt. Don Austin identifies district safety as a priority as part of his PAUSD Promise, a three-year districtwide plan.

“When you’re looking at goals for [a] school district, you have to start with your core beliefs,” Austin said. “The foundation of a school district is having a safe and secure predictable place for students.”

On Aug. 27, the school board unanimously voted to delegate $200,000 in funding for the position of a safety manager, Mike Jacobs, a prior PAUSD employee who has already started on his job.

Though Jacobs and Austin plan to alter school campuses, including additional safety cameras and securing entrances to the campus, Austin promises minimal changes.

“We have no plans to make the campuses look physically different,” Austin said. “We are looking to make sure that we know better who’s on our campuses, and who’s leaving our campuses … You’re not going to see things that change the tone of the school. We’re really trying to define that line.”

Respecting while protecting: A piece of the puzzle that is campus security