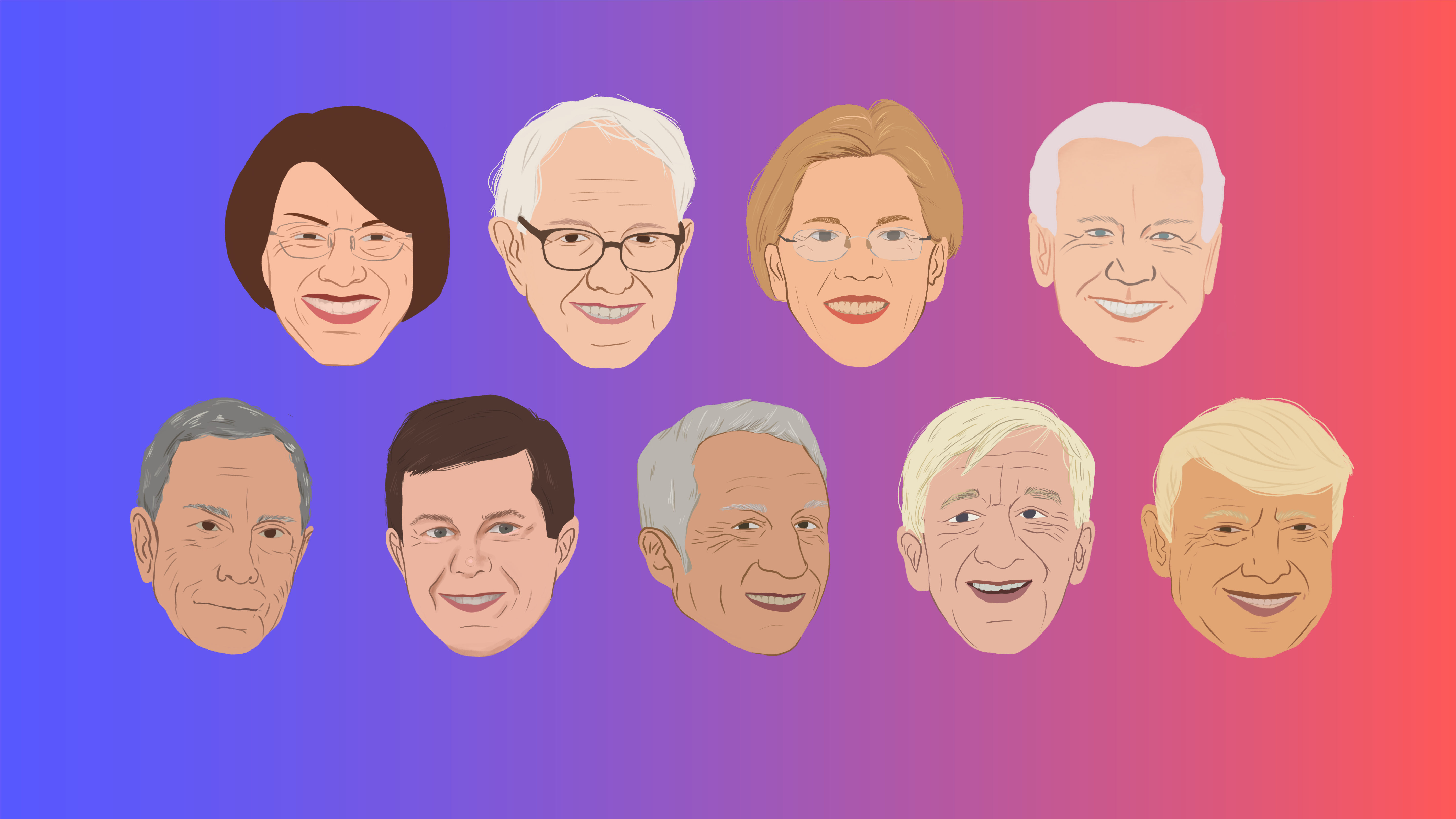 Navigating the primaries: A guide for Paly’s first-time voters

Stepping into the polling booth for the first time can be intimidating. With the California primary on March 3, about 89% of Palo Alto High School seniors will cast their ballots for the first time. To help students make informed decisions and take advantage of their new power in our democracy, Verde Magazine has created a voter guide with everything you need to know about the primaries. We have compiled short biographies for the presidential candidates and will briefly cover each of the elections specific to California and Santa Clara County. 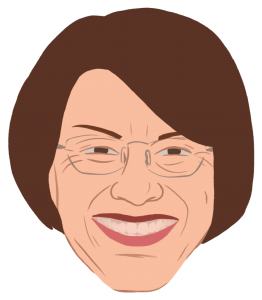 Amy Klobuchar: senator from Minnesota, former attorney (D)
Sen. Amy Klobuchar of Minnesota is a moderate Democrat who claims her strength is gaining bipartisan support and reclaiming swing states. She supports a public option for medical insurance, and is a proponent of keeping private options available as well. One of her most addressed issues is that of drug and alcohol addiction, and she recently released a plan to combat it. 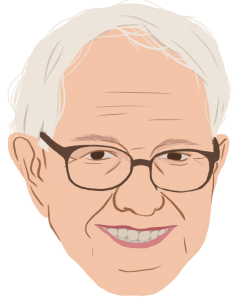 Sen. Bernie Sanders of Vermont — a self-described democratic socialist — is known for his far left stances on health insurance and tuition- and debt-free higher education. His “Medicare for All” plan involves the removal of private insurers while providing government-funded medical insurance to all. The passage of the Green New Deal, legislation aimed at addressing climate change, is also one of his main priorities. 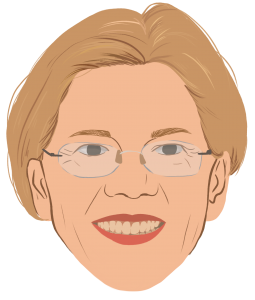 Known as the candidate who “has a plan for that,” Sen. Elizabeth Warren of Massachusetts has released a variety of economic plans that would change the shape of the economy. Her main focus is on issues of income inequality and political corruption, and she is also a proponent of “Medicare for All.” Warren is also a cosponsor of the Green New Deal, and prides herself on being a candidate who will represent America’s growing middle class.

Former Vice President Joe Biden, a moderate Democrat with a political career dating back to 1969, arguably has the most experience in U.S. politics than any other Democratic candidate in the race. In his 2020 campaign, Biden emphasizes rebuilding the middle class and equality for all Americans. He also supports the Green New Deal, immigration policy reform and a public option for healthcare. 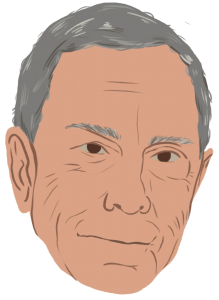 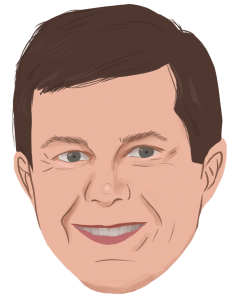 At 38 years old, former Mayor Pete Buttigieg of South Bend, Indiana is the youngest and first openly gay candidate in the presidential field. Buttigieg’s campaign focuses on generational change to build a bridge to a new era of American politics, climate change and an infrastructure plan to create jobs. He believes the U.S. should move towards single-payer healthcare, along with his “Medicare for All Who Want it” plan which would allow people to opt in to an affordable, public alternative. Buttigieg supports an economy-wide carbon price and is setting a goal for net-zero emissions by 2050. 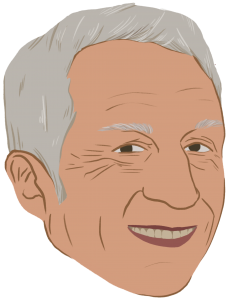 Though Tom Steyer, a billionaire and former hedge fund executive, has not held a job in politics, he has been heavily involved in political movements around topics such as climate change and the impeach-ment of President Donald Trump. His priorities as a candidate reflect his focus on climate justice and structural reform, removing power from corporations and returning it to citizens. 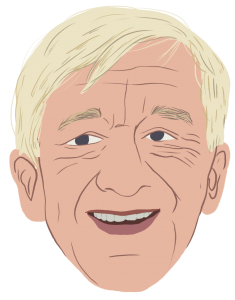 As a supporter of LGBTQ+ rights, the legalization of marijuana, abortion rights and fiscal restraint, former Gov. William Weld of Massachusetts acts as a voice for moderates and mainstream conservatives alike. Weld strongly supports cutting taxpayer dollars and balancing spending policy, reformation of the prison and cash bail system, moderate immigration reform and free trade. Weld has been a vocal critic of Trump since 2016, when he ran for vice president under the Libertarian Party with Gary Johnson and garnered nearly 4.5 million votes. 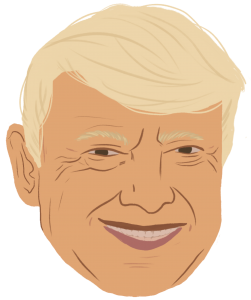 President Donald Trump is the current U.S. president, making him the incumbent in the general election. His campaign continues along the same vein he ran on four years ago, with his new slogan “Keep America Great!” alluding to his previous slogan, “Make America Great Again.” Trump’s campaign is focusing on his accomplishments during his past four years in office, and has supplied few plans for the future, should he be elected again. In December 2019, the House of Representatives voted to impeach him for abuse of power and obstruction of justice. On Feb. 5, the Senate voted to acquit him.

Register or pre-register to vote at registertovote.ca.gov
Republicans must be registered with their party to vote in the primary. Other voters may request a ballot for another party at their polling place.
You do not need ID to vote in California. Protect yourself against voter fraud and false information by knowing your rights and using reliable sources!

This year, six candidates are vying for a spot as state senator of the 13th Senate District to replace termed-out Jerry Hill. The top two voted candidates during the March 3 primary will go on to face off during the general election.

John Webster (Libertarian)
John Webster is a software engineer whose platform is based on minimizing the role of government through legalizing victimless crimes and allowing agreements between employers and workers to override laws.

*Verde Magazine collected statistics from 270 Palo Alto High School students in 13 randomly selected English classes in late January. Andrew Yang has since dropped out of the presidential race, as of Feb. 11.

Three candidates are running to represent District 24 in the State Assembly. The two who receive the most votes in the primary will advance to the general election.

Marc Berman (Democrat)
Current District 24 Assemblyman Marc Berman’s platform is based on cybersecurity and public education, and he is working to ensure a full census count in 2020.

Kennita Watson (Libertarian)
Kennita Watson is a retired software professional who wants to limit government spending, in addition to protecting people from discrimination.

This November, the U.S. Representative for California’s 18th District will be chosen. The two candidates who receive the most votes in the primary will continue on to the general election.

Anna Eshoo (Democrat)
Rep. Anna Eshoo has been a U.S. Representative for California for 27 years. She also served on the San Mateo County Board of Supervisors and the Democratic National Committee. She supports the strengthening of the Affordable Care Act and the protection of a woman’s right to choose. She also has a focus on complaints specific to the Silicon Valley.

Rishi Kumar (Democrat)
Silicon Valley technology executive and Saratoga council member Rishi Kumar is running his campaign with a focus on the housing crisis and Bay Area infrastructure. Kumar is also the only Democrat in the race who has pledged to reject PAC money and Special Interest Group campaign money.

Richard Fox (Republican)
Richard Fox is a practicing pediatrician with a Doctor of Jurisprudence from Santa Clara University. He is a self-identified Libertarian Republican and is pro-choice, claims to embrace diversity, and supports decreasing the role of the government in the economy.

Phil Reynolds (Republican)
An engineer at AT&T, former planning commissioner for the City of Campbell and current board member for the U.S. Selective Service, Phil Reynolds is the owner of Reynolds Properties. He wants to implement a mandatory death penalty for “Cop Killers, Sex Traffickers and Drug Smugglers,” according to his Facebook page.

Bob Goodwyn (Libertarian)
Bob Goodwyn ran for the position of California District 24 State Assemblymember in 2018. His priority is decreasing harm done by the government by repealing laws for victimless crimes and reducing government influence on the economy.

Three ballot measures are up for vote in March — one for California and two for the Foothill-De Anza Community College District.

Proposition 13: authorizes $15 billion in state bonds for maintenance and modernization at state-funded schools. It also increases the cap for local school district bonds, likely leading to slight increases in property taxes to repay these bonds.
Measure G: authorizes bonds to upgrade facilities and equipment at local community colleges. It is estimated that this measure would cost property owners $16 per $100,000 of assessed property value.
Measure H: authorizes a parcel tax of $48 per property for five years for Foothill and De Anza community colleges. The money would be used to maintain programs and keep costs for students low. Because of concerns about bond money being taken by the state, this measure secures it for the community college district.

Dicing up districts: The injustices of gerrymandering

The night before: U.S. Government students gather for election party

The next day: Paly reacts to the election results