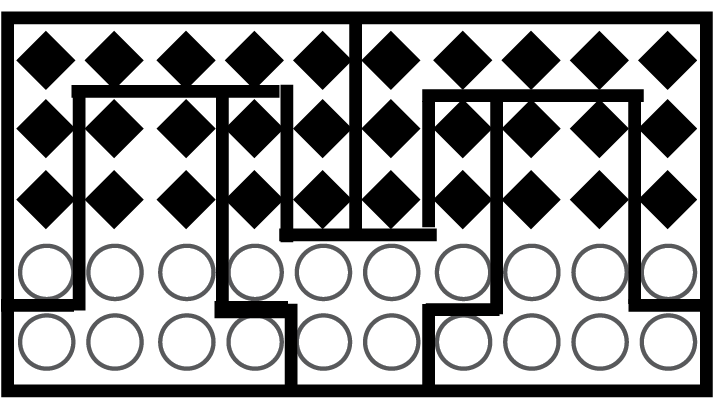 Dicing Up Districts: The Injustices of Gerrymandering

“Partisan gerrymandering is a fundamentally undemocratic practice that damages both parties.”

That’s a massive swing, and the only thing that changed was the party that got to manipulate our district lines. Partisan gerrymandering is a fundamentally undemocratic practice that damages both parties, no two ways about it.

e courts are making new rulings on gerrymandering, and the Supreme Court will decide multiple cases on the topic in the coming months. These cases will shape our politics for years to come.

Our real map isn’t nearly as exploited as those hypotheticals, but FiveThirtyEight’s maps show just how damaging gerrymandering can be.

Because the party in power gets to draw the districts, this practice has long been considered a “perk” of controlling the state government, but this doesn’t make any sense. Just because a party won an election, that doesn’t mean we should give them the ability to ensure that they keep winning.

The Pennsylvania congressional map is one of the most gerrymandered in the country. The state is a toss-up in elections for both governor and president — elections that don’t rely on state government-drawn districts. But the state sends 13 Republicans to Congress, and only five Democrats.

Thankfully, the Pennsylvania Supreme Court struck down the state’s district map in January, saying that it constitutes a partisan gerrymander that “clearly, plainly, and palpably” violates the Pennsylvania Constitution. And on Feb. 5, the U.S. Supreme Court didn’t block the ruling, which it could have done. The New York Times estimated that this will most likely give Democrats at least one more seat in Congress, which could make a difference in our nation’s polarized politics.

A common defense of gerrymandering is that “America isn’t supposed to be a direct democracy; we’re a republic.” That’s true, but it’s an odd way to avoid debate.

Republicans often make this argument in favor of gerrymandering, which is counterintuitive, because both parties are guilty of the practice. However, Republican voters are more spread out, and they control more state governments, which makes gerrymandering easier and more effective.

But many Republicans, like former California Gov. Arnold Schwarzenegger, Ohio Gov. John Kasich and Arizona Senator John McCain, have been vocal in the fight against partisan redistricting. They realize that even if they benefit, it’s unhealthy for the country in the long term.

If partisan gerrymandering is put to an end, our country will be more democratic, and our people better represented, which is why it’s crucial that the Supreme Court rule against this undemocratic process.