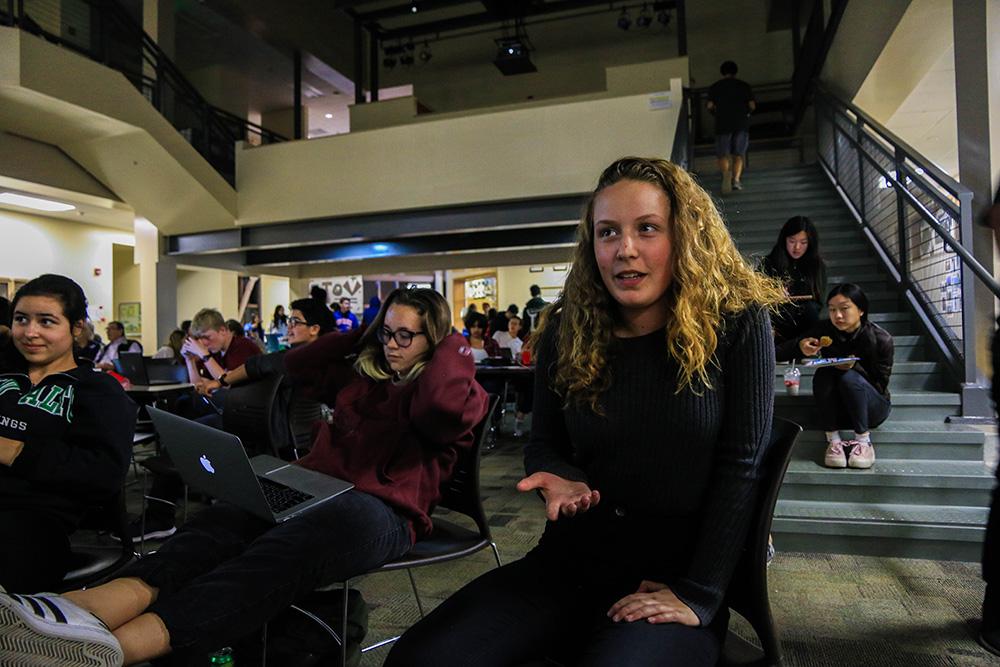 The night before: U.S. Government students gather for election party

United States Government students and teachers gathered for a party on the night of the Nov. 6 2018 midterm elections to learn about civic engagement and the democratic process. Students charted both the House and individual governors’ races on large posters. History teacher and event co-organizer Caitlin Evans said she believes exposing students to the elections may increase future voter turnout: “I’m hoping that they will be more engaged and more interested in what’s going on.” 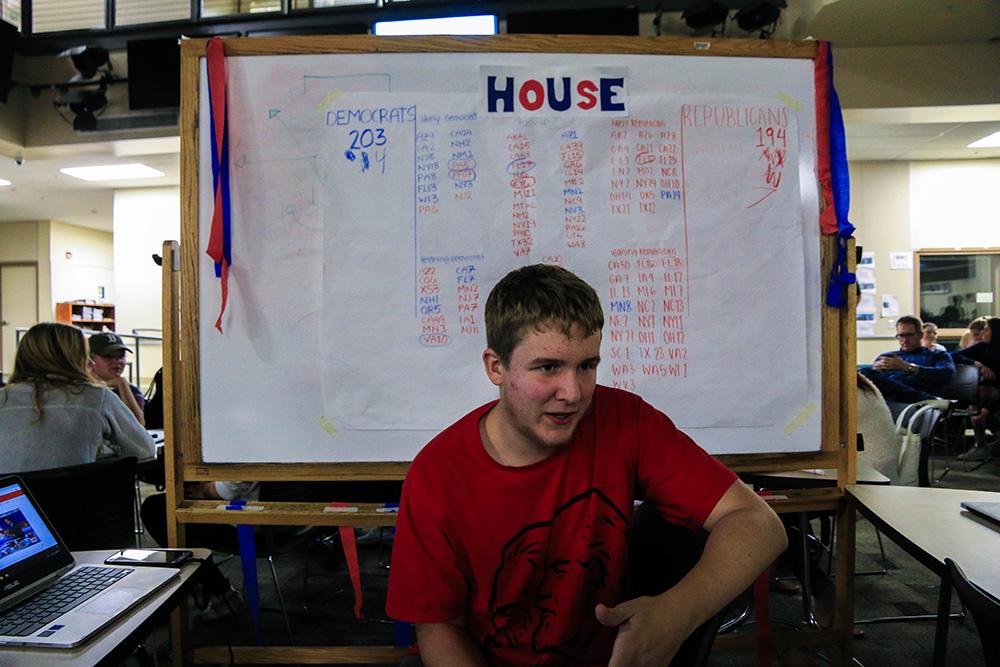 “I’m curious to see how this will go and who will win … I want to be able to witness history. The next couple of hours are going to impact the country for decades. I want to see the Democrats take back anything they can. It’s unlikely they’re going to be able to take back the Senate but I hope they take back the House. I think that’s a more realistic outcome.” — Owen Longstreth, sophomore Photo by Lucia Amieva-Wang

“I’m at this party because I’m 15 and I obviously can’t vote yet, but I feel like this election is super, super important for us, like my entire future. This is a super big election especially at this time in America … my future means a lot to me. We’ve been following this election in class and I think it’s cool to be around people who are as invested as I am … It’s cool to see other people’s reactions. Ideally, I would like both the House and Senate but realistically, hopefully the Democrats will win the House.”
— Emma Cudahy, sophomore. Photo by Lucia Amieva-Wang 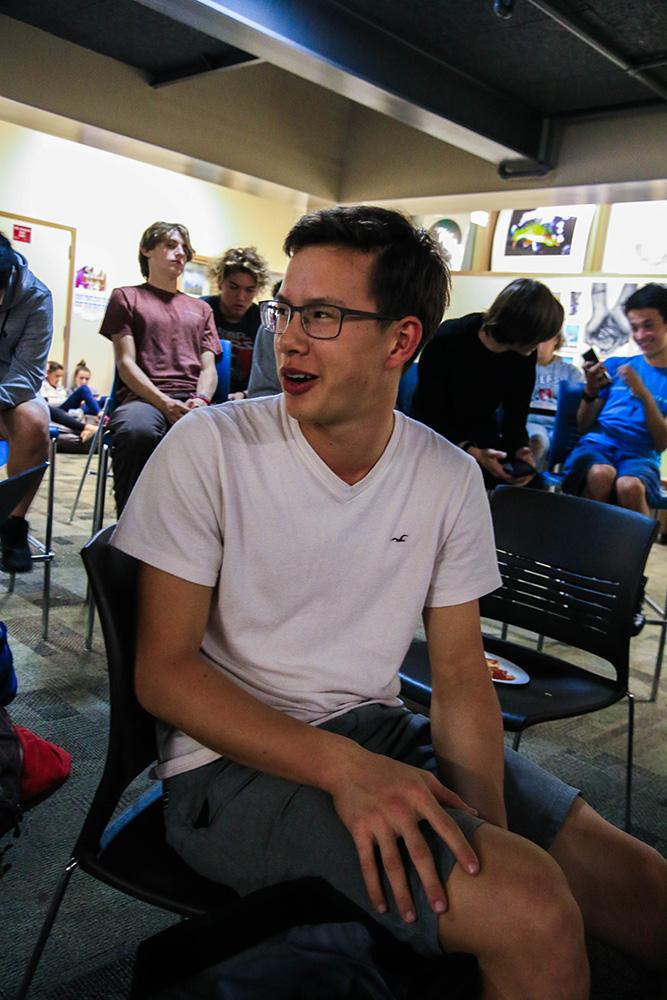 “I’m just here to watch the elections. I just want to know what’s going on and stay informed. It just feels more like siblings fighting and most of the debates between the two candidates are like ‘you’re dumb,’ ‘no you’ and they just kind of go on like this for a couple hours. I’m just here for knowledge, just to know who won … I’m hoping for a Democratic majority because I think that Congress should be balanced. If the House is Republican, the Senate should be Democrat and vice versa.” — Leon Friedrichowitz, sophomore. Photo by Lucia Amieva-Wang 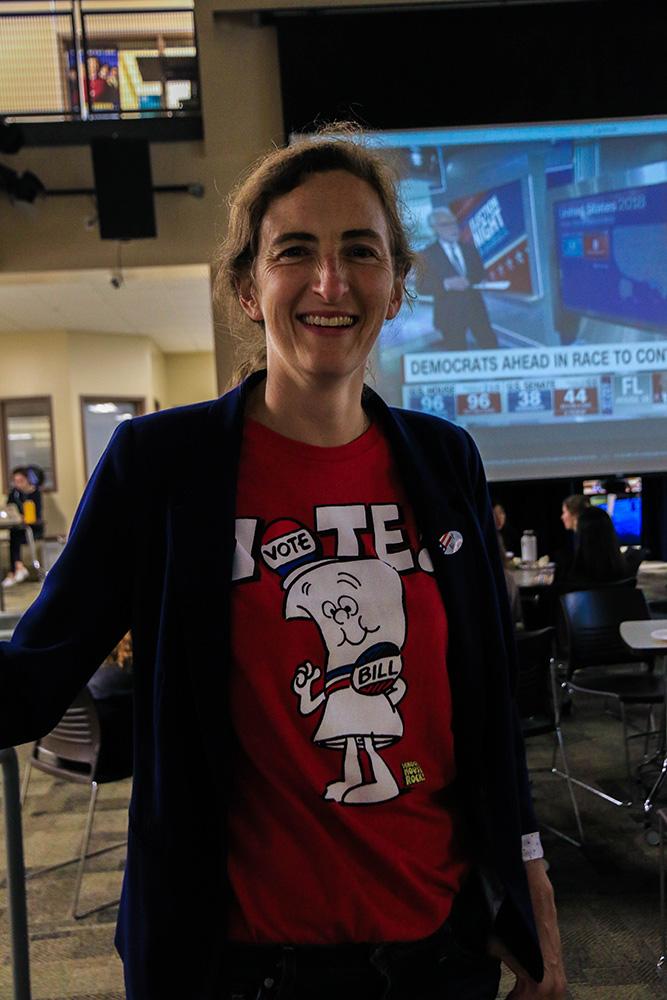 “My sophomores have been following the Senate elections for six weeks and are following state issues and debates and are getting really excited. Midterm elections are usually not the most exciting elections but the momentum behind them this year is kind of unseen before. This [party] seemed like a really fun way to bring it all together. I think for a lot of people it’s the first time they have seen election results live. It can be like a sport, it’s pretty fun … People who remember they have a voice are more likely to use their vote. The most important thing is just to make sure that students will get out and vote in a couple years.” — Caitlin Evans, history teacher. Photo by Lucia Amieva-Wang 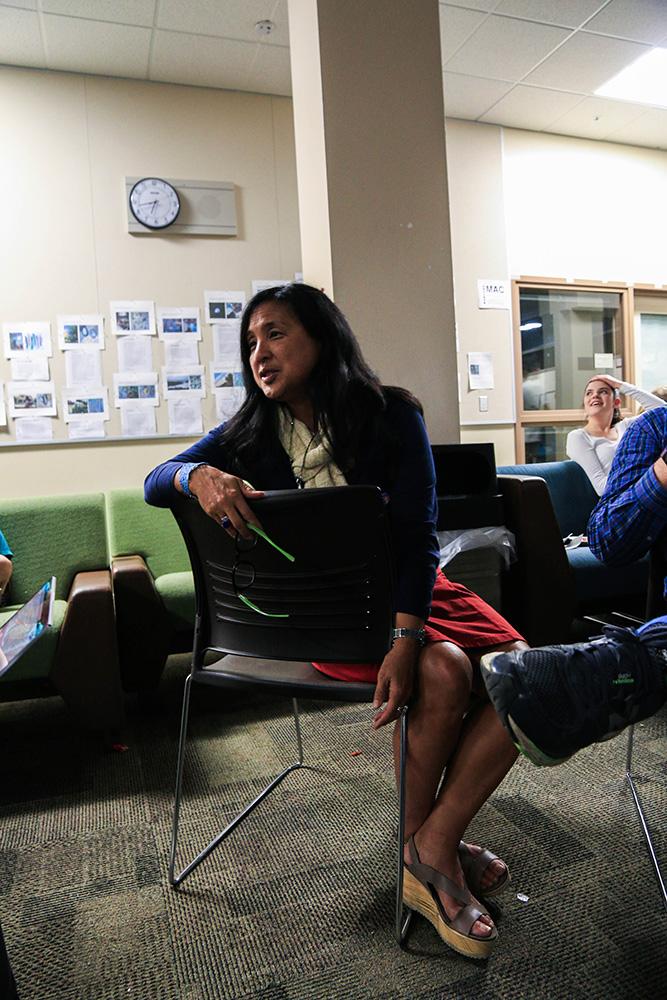 “I hope that kids will be energized by this political exercise, and with kids who are voting in a couple years, hopefully this will get them to see how complex and interesting and exciting the election process is.”
— Mary Sano, history teacher. Photo by Lucia Amieva-Wang 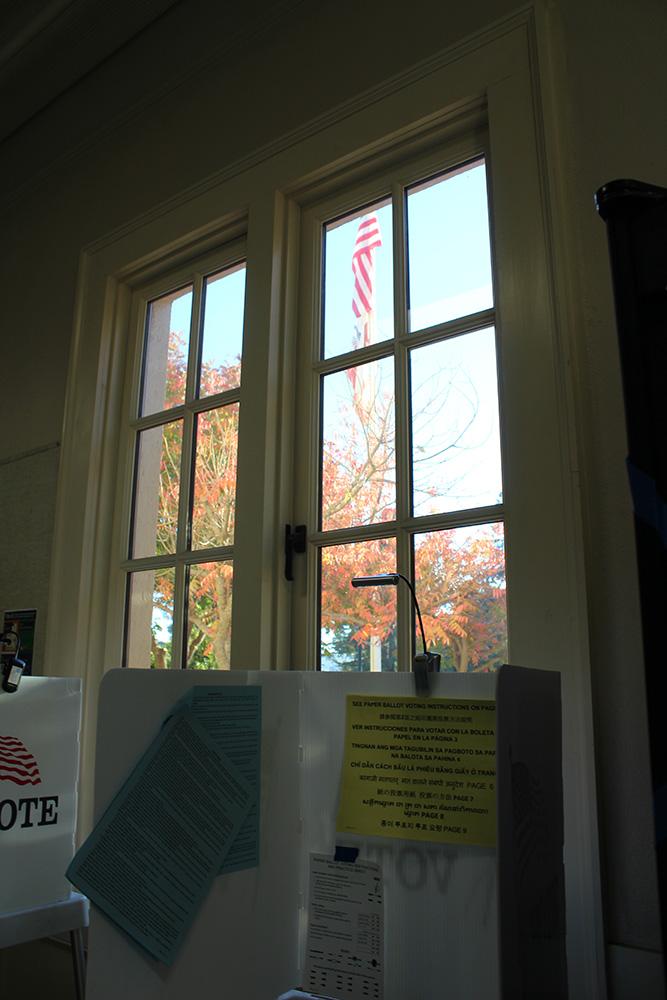 “I always vote, every year. Every time, every single year because I think that as frustrating as our system is, it is a system that’s based on every individual having a vote. Nationwide, I hope that we’ll get back to more of a balance between the two parties.”
— Elisabeth Rubenfien, voter. Photo by Lucia Amieva-Wang 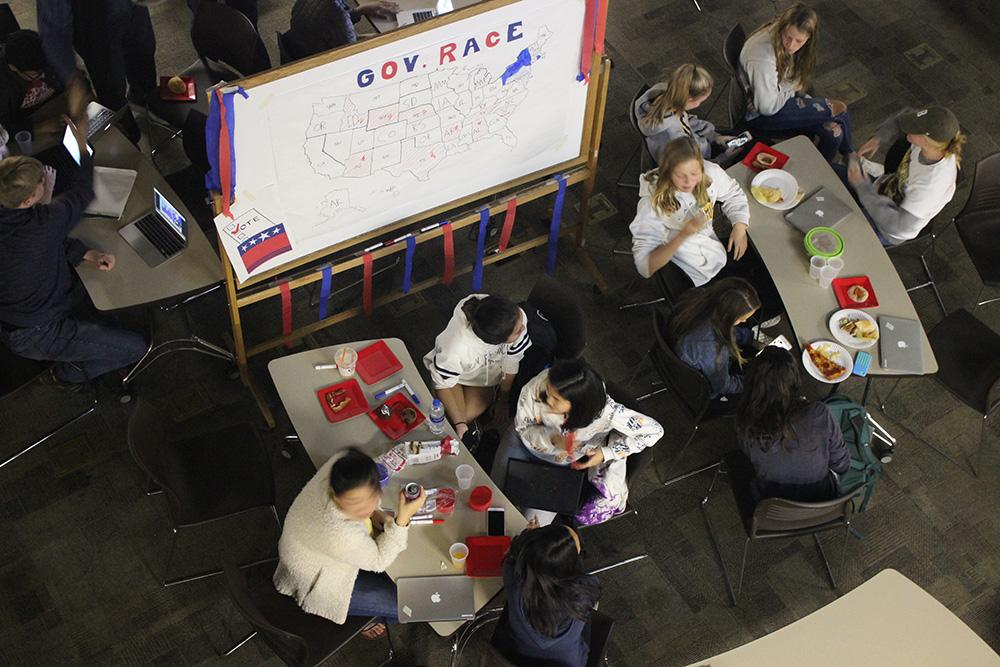 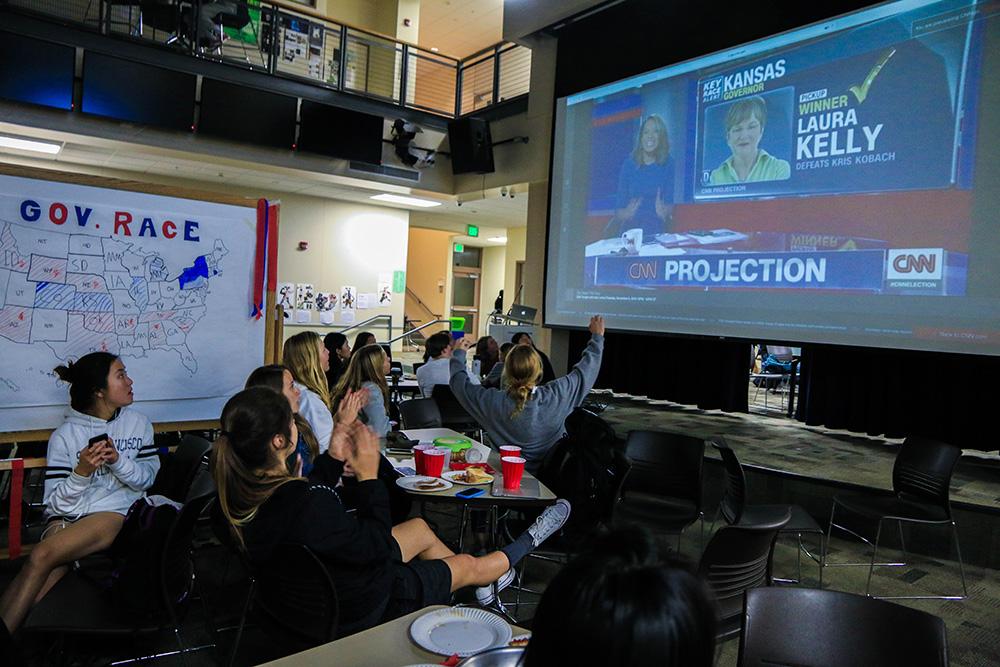 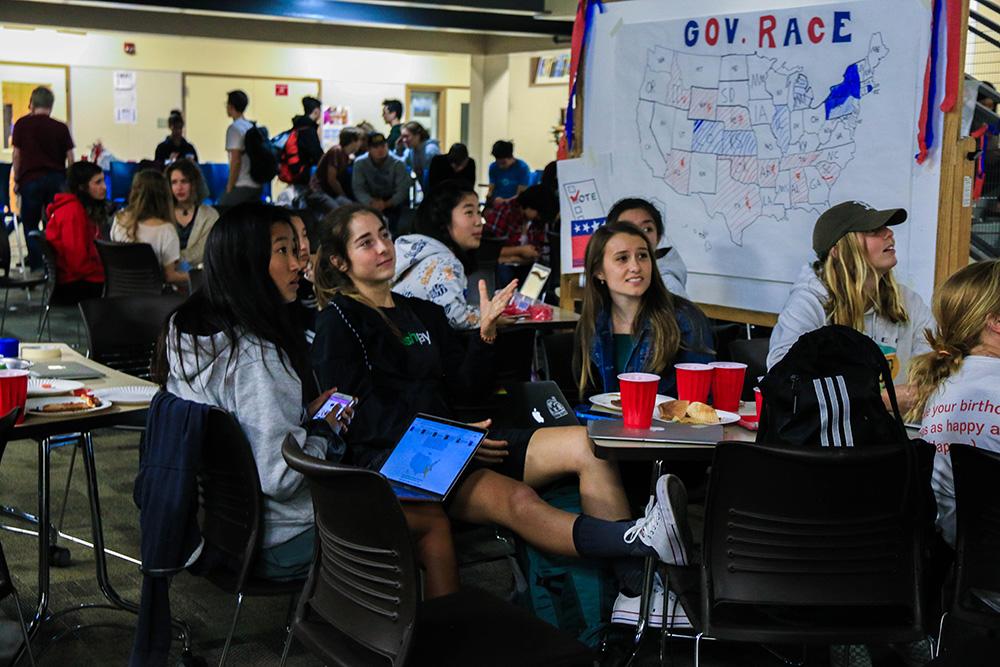 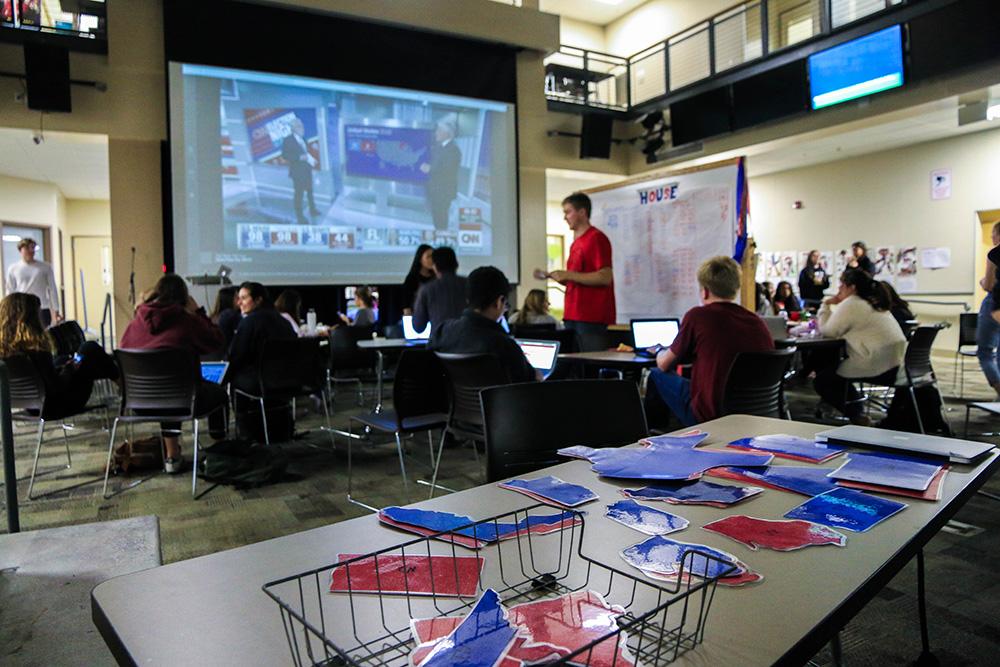