The Next Day: Paly Reacts to the Election Results 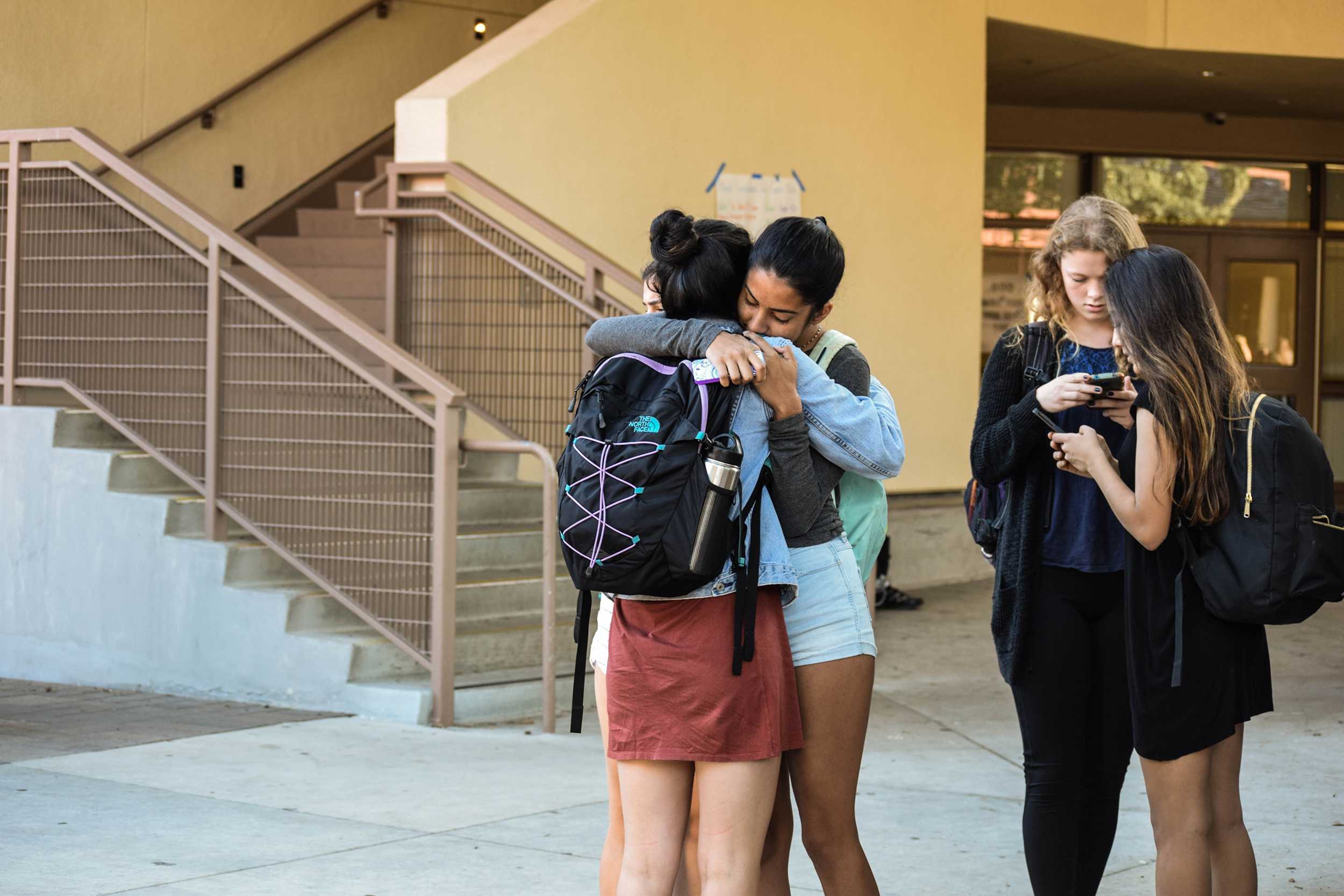 Sophomores Anoushka Sharma and Jenny Tseng comfort one another about the results of the election during brunch.

On Nov 9, students walked onto campus, knowing the results of the 2016 presidential election. Conversations that day centered on the election, whether in classroom discussions or between classes with friends. While for some, a Trump victory came as good news, a mood of dejection dominated the school, from students and teachers alike who genuinely feared the impending Donald Trump presidency and grieved Hillary Clinton’s loss. Verde sought the opinions of the Paly community regarding the election and its implications.

On November 9, Palo Alto High School students walked onto campus, knowing that Donald Trump had just been elected president. Nearly every conversation that day centered on the presidential election, whether it was in the classroom in facilitated discussion, or between classes with friends. For some, a Trump victory came as good news. But an attitude of dejection dominated the school, from students and teachers who genuinely fear the impending Trump regime and the changes that will accompany. Verde sought the opinions of students and teachers regarding the election. 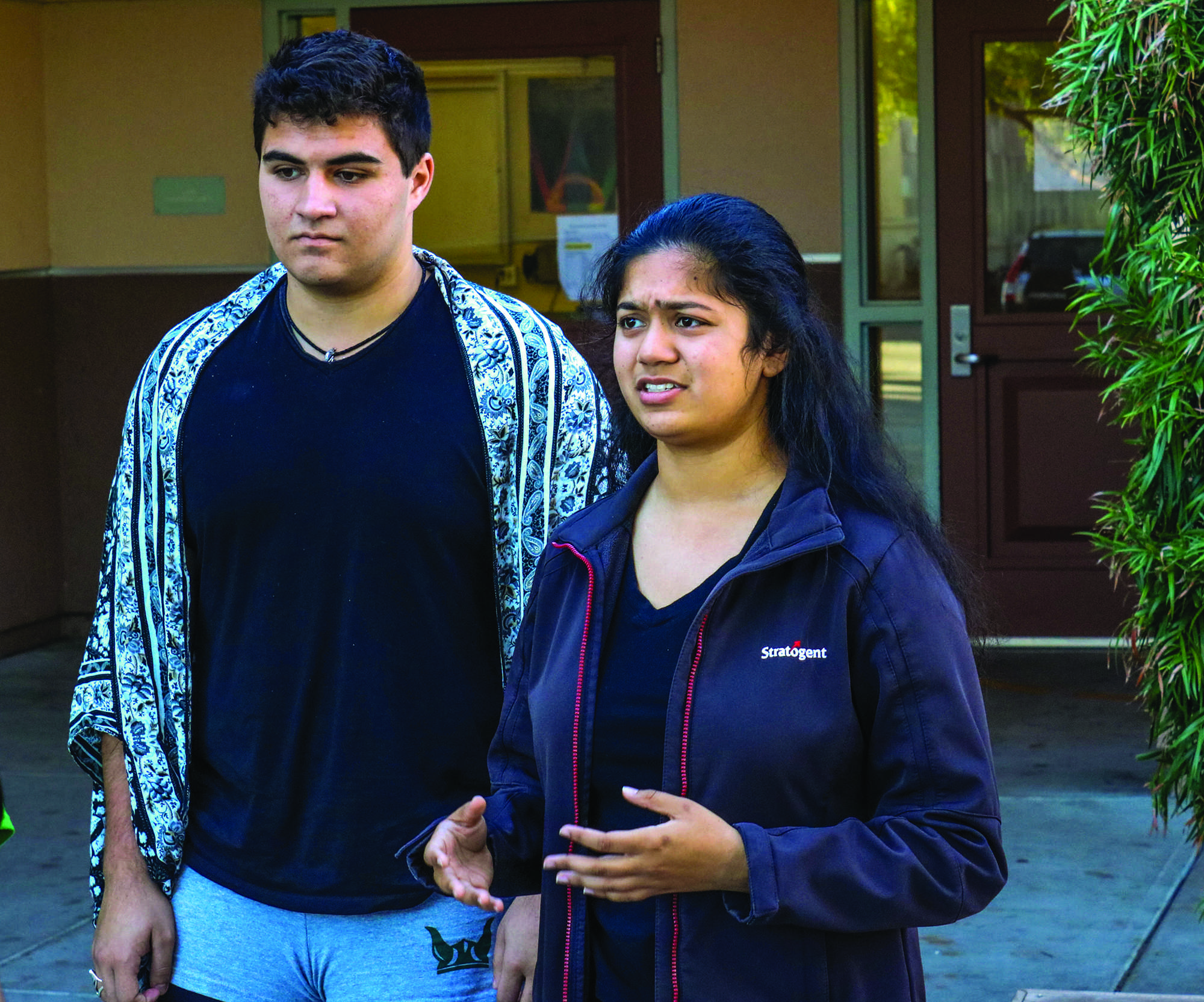 Max: “This morning we watched Hillary’s concession speech, and it dawned on me that this is real. It terrified me to my core because I realized that the vice-president-elect of our country actively funds gay conversion camps and supports gay conversion therapy. It’s so terrifying to think about what’s going to happen to me, to my friends, to my community, after we’ve made so much progress in the last few years. It just feels like the rug’s been completely pulled out from under us, and it’s terrifying.”

Anisha: “This country is going to be led by someone who has actively bragged about violating women and [supports] throwing people who aren’t like him out of the country. We need to make sure that we’re a nation that values moving forward and not blaming groups of people for what happened. Hillary still won the popular vote and I think that still means a lot, but we should hold our legislators accountable for things that they’ve said that they would do to make our country a better place.” 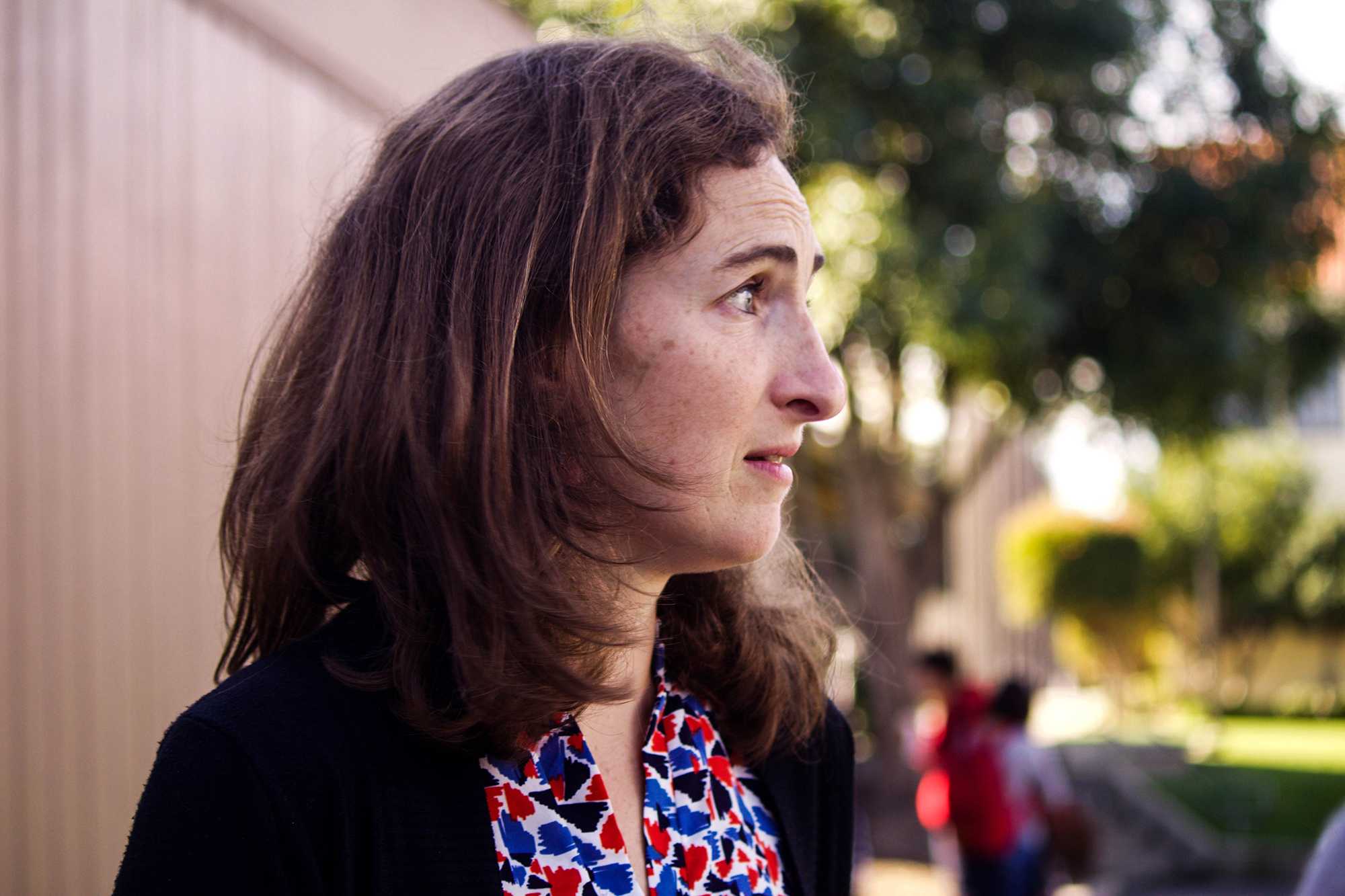 “I’m shocked. The polls just got it completely wrong. But on the positive side, it was a peaceful transfer of power, which you have to put a lot of faith in. That’s huge; a lot of countries around the world don’t have that. It also is a reminder that  we need to have a strong voice about what we care about. It’s hard to feel like there’s nothing we can do for the next four or eight years but that’s not true at all. It’s important that we focus on what we can do. Keep our heads up. And remember checks and balances. We’ve got a strong democracy; it hasn’t failed us yet.” 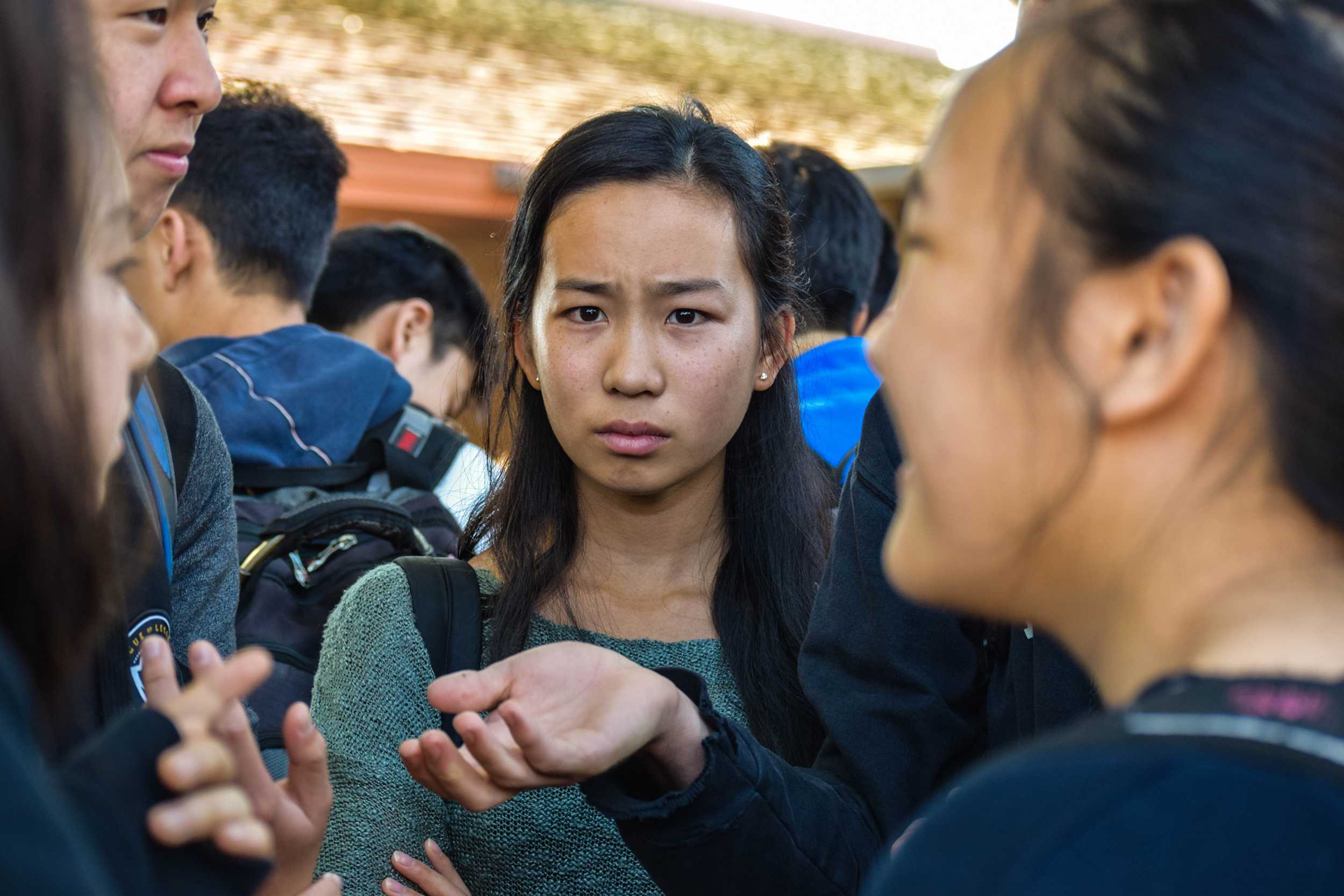 “I’m disappointed, sad, and frustrated that the values that people prioritize are ignored. How is that going to look for future generations?” 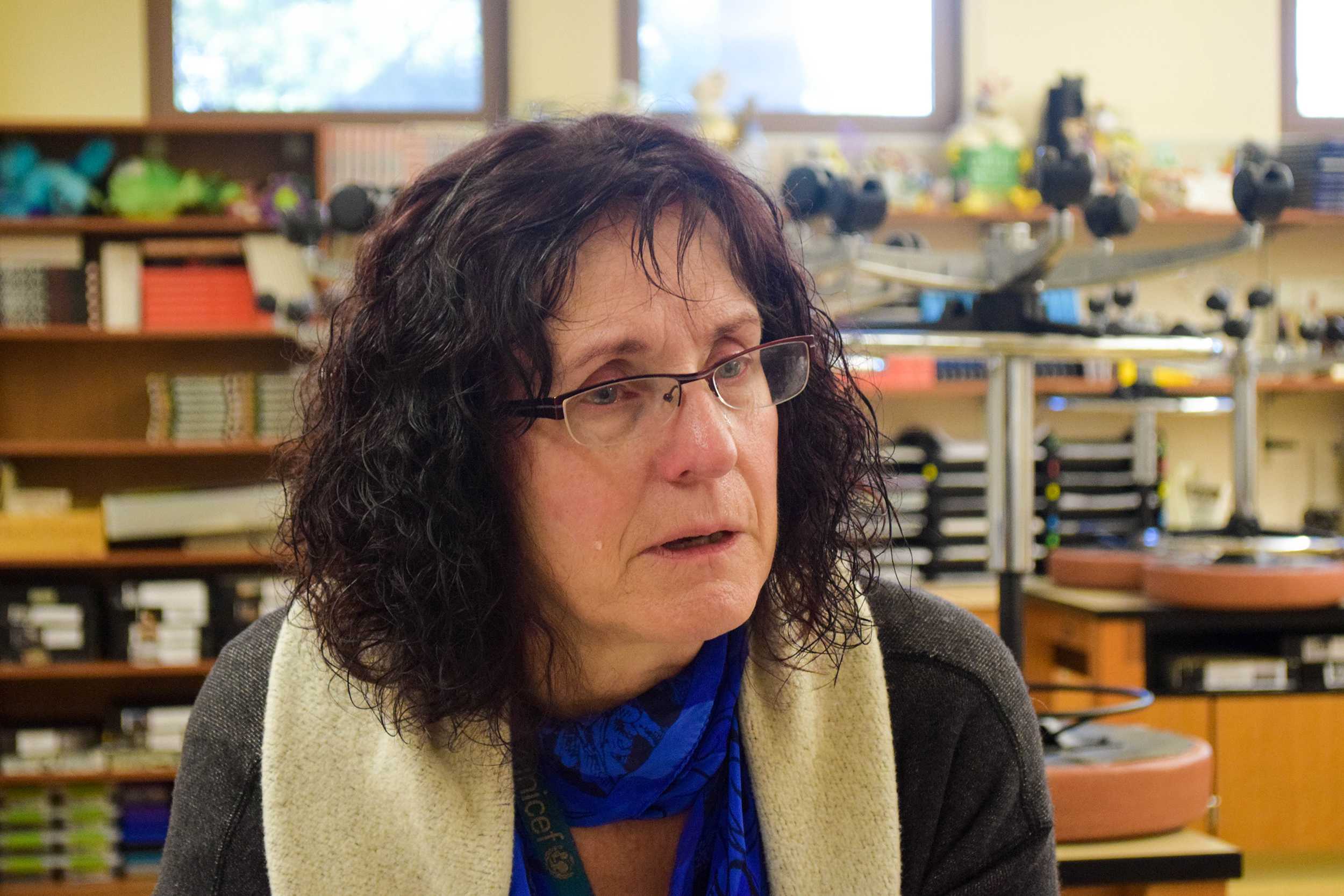 “I’m 61 and I’ve never experienced anything like what I’ve experienced in the last several months. So as a teacher, as a parent, as a human being, someone who has spent the last year and a half attending a lot of workshops on women’s empowerment, I am baffled and horrified .It’s a hard realization for me to imagine after studying Hitler and McCarthy as a student and thinking that could never happen again when people are educated. There was no reason for this to happen except for white supremacy from affluent and middle class people who think they deserve more and blame immigrants and people of color, and particularly white males, who have resented, since the 1960s that they have to share because it’s fair. They want to mock that [equality] by saying that it’s politically correct. They want to make us wrong for raising that question, ‘Shouldn’t everyone be treated fairly? I thought that’s what the constitution said.’ So I’m shocked and really disappointed with my country.” 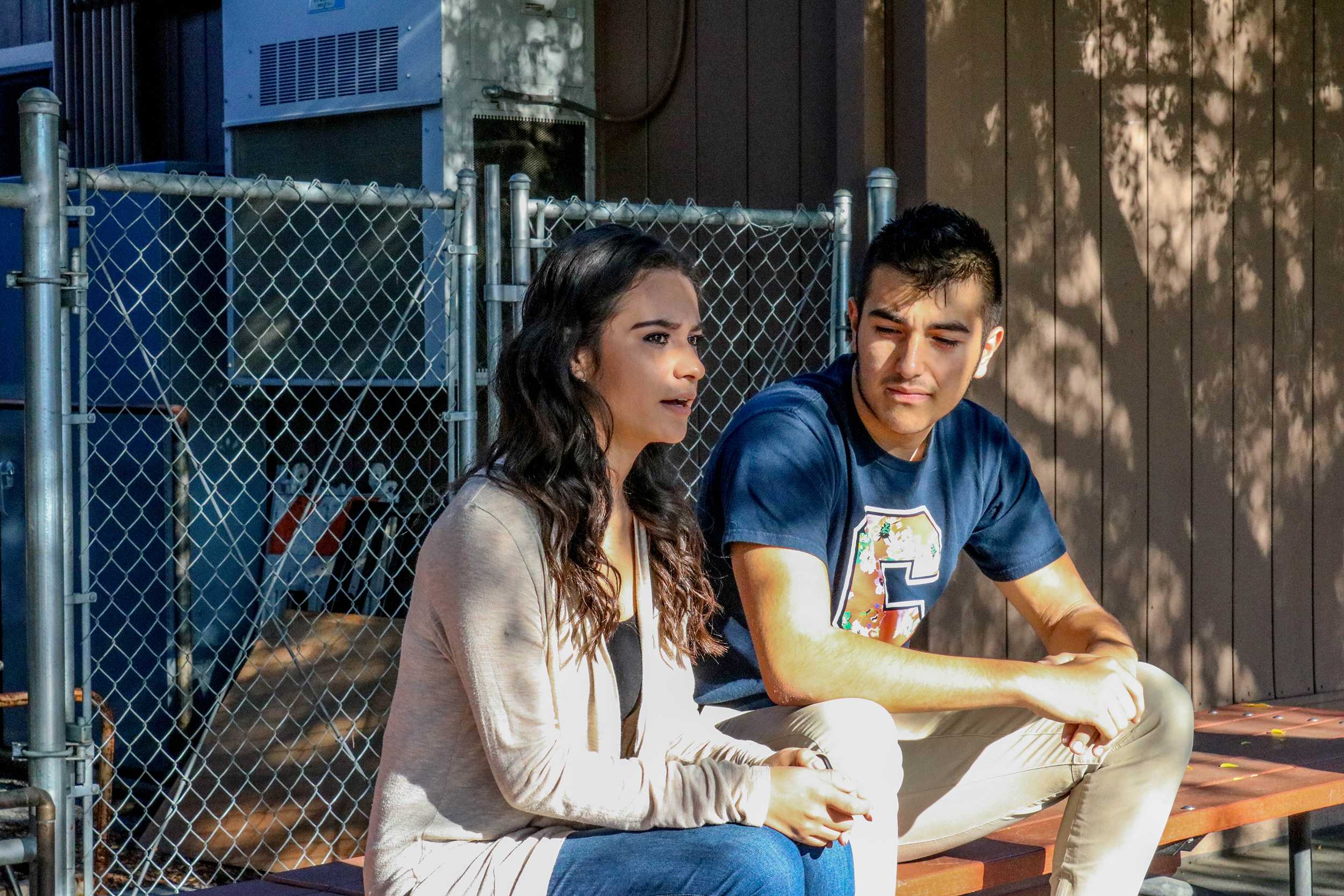 Marylin: “I feel very disappointed and devastated to realize how closely those people [Trump supporters] can surround me.”

Santiago: “I just think it’s sad to know our country is in the hands of a man that made horrible remarks towards the Latin culture.”