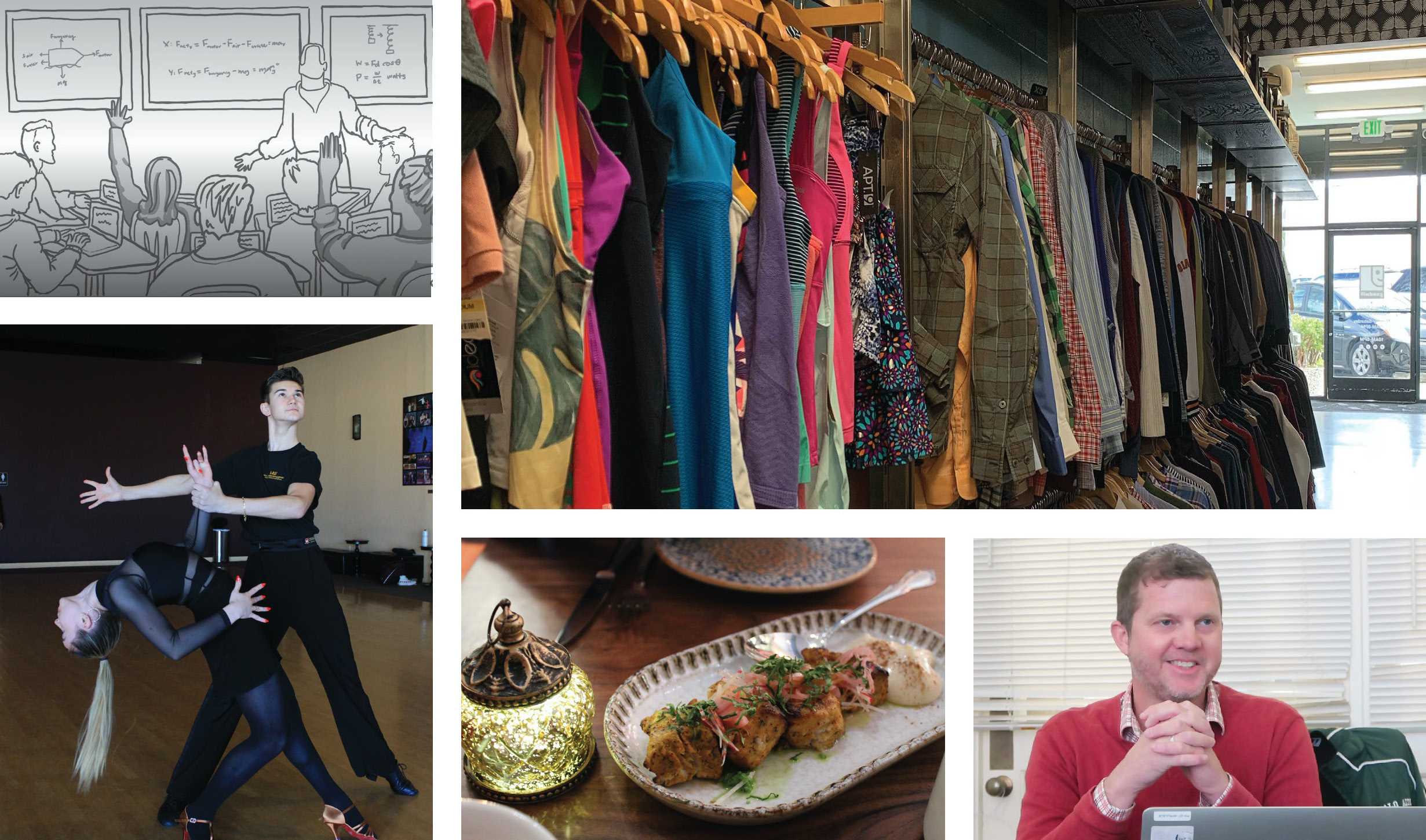 From the editors: Finding, fumbling, following through

It is difficult to discuss journalism without reflecting on its three pillars: finding stories, reporting and writing. While our articles this issue have drastically varying themes — ranging from voter preparation for the primaries to student theater productions — each story carries a consistent motif of diligent reporting and veracious investigation. Whether debunking initial claims or patching storyline holes, we are proud of our reporters for embracing and embodying a fearless attitude in searching for the truth: the greatest stories emerge through the process of fumbling and inevitably pushing through.

Questioning the story behind the culturally ensconced Shen Yun billboards plastered around the Bay Area resulted in our cover story “Drawing back the curtains.” Initially conceived as a review of a cultural dance performance, the story evolved into much more. Story writers Tim Hung and Jasmine Venet spent weeks parsing through advertisement budgets and courageously took on the task of understanding the religious movement behind the show’s misleading marketing and controversial history.

Closer to home, Avery Hanna and Naomi Boneh were determined to discover the reasons behind the closing of longtime community cornerstone First Baptist Church in “The role of religion.” Their nuanced questioning uncovered a fascinating storyline: statistics show that younger generations are scaling back their involvement in organized faith, but individuals maintain that religion is a grounding day-to-day foundation.

Few issues are as pressing as the environment in light of the current climate crisis, and being informed is crucial when we each have the propensity to affect change. Stemming from an initial desire to optimize Palo Alto High School’s waste disposal, our staff delved into district recycling records. Unbelievably, our efforts in “(Re)cycling blame” uncovered a completely ineffective and shockingly dysfunctional Zero Waste system: all three disposal bins are effectively emptied into landfill, and no one is sounding the alarm. More than lifting a veil, this editorial aims to instill a sense of urgency and responsibility into community members and decision-makers.

While we admit that our reporting is not flawless, we cherish every opportunity to expand our journalistic repertoire. In “Verde Snoops,” Miles Breen and Jay Renaker pioneer a Verde fact-checking analysis. Initiated by a community member’s concern over a claim in a previous news story, a simple verification turned into a pointed inspection addressing the Salvation Army’s relationship with the LGBTQ+ community. This dirt-digging story challenged our reporting, reminding us that we need to remain critical of online claims rather than blindly accepting the findings of others as a single reality.

In a false-news riddled world powered by technology, our society is at risk of becoming complacent without those who actively challenge the unchallenged. It is our hope that through investigative journalism, we will serve as an outlet that brings to light the candid experiences of our community. More than that, we strive to develop student journalists into avid, unapologetic questioners who aren’t afraid to fail in their quest to uncover the truth. 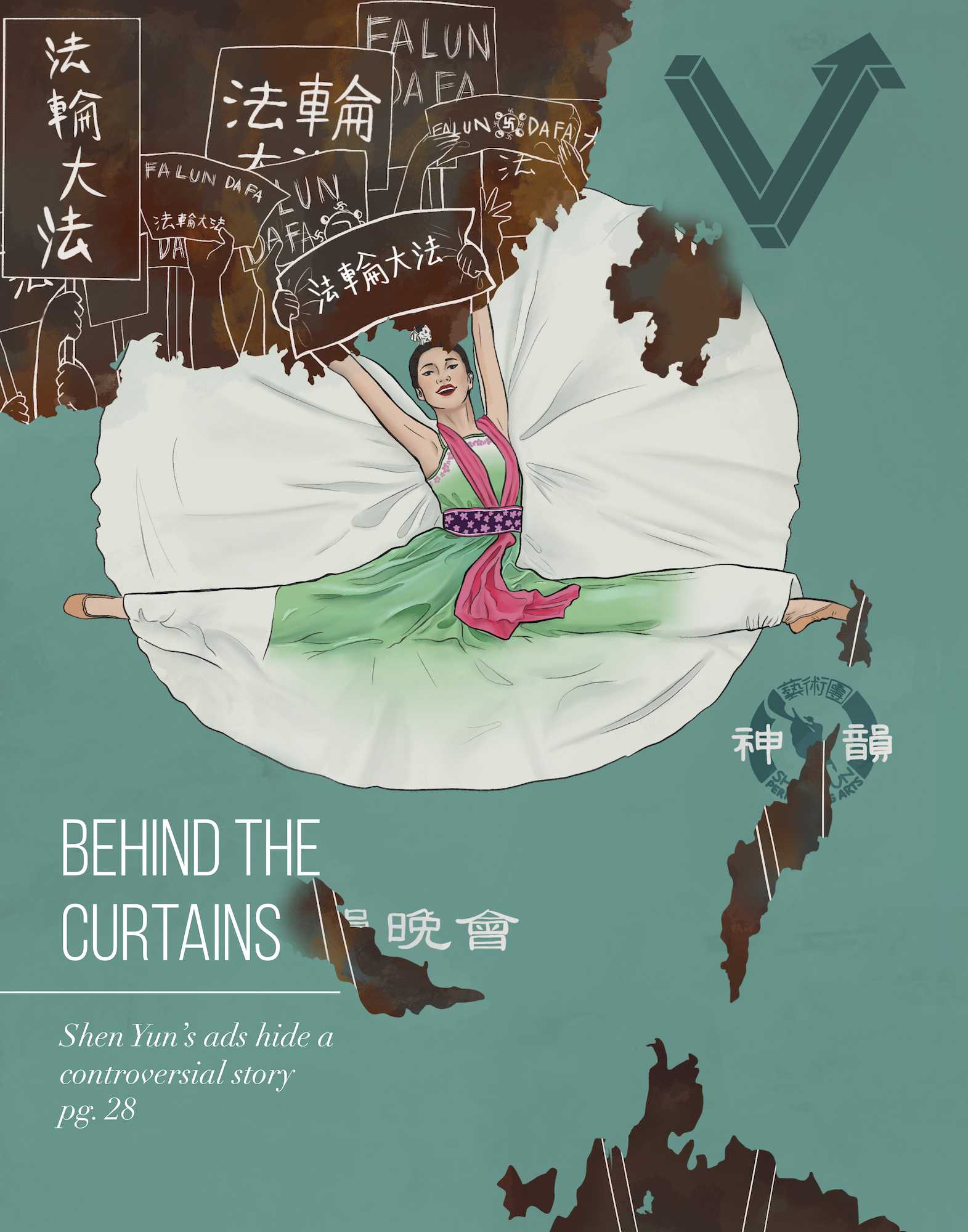 A seemingly innocuous Shen Yun poster rips, revealing the dichotomy between an implied cultural arts performance and an underlying backstory soaked in controversy. Art Director Samantha Ho beautifully depicts the deception behind the company’s ad campaign — though the show is portrayed as a lively artistic experience, the group is rooted in the Falun Dafa religion, a shock to audience members who were exposed to propaganda in addition to the singing and dancing.