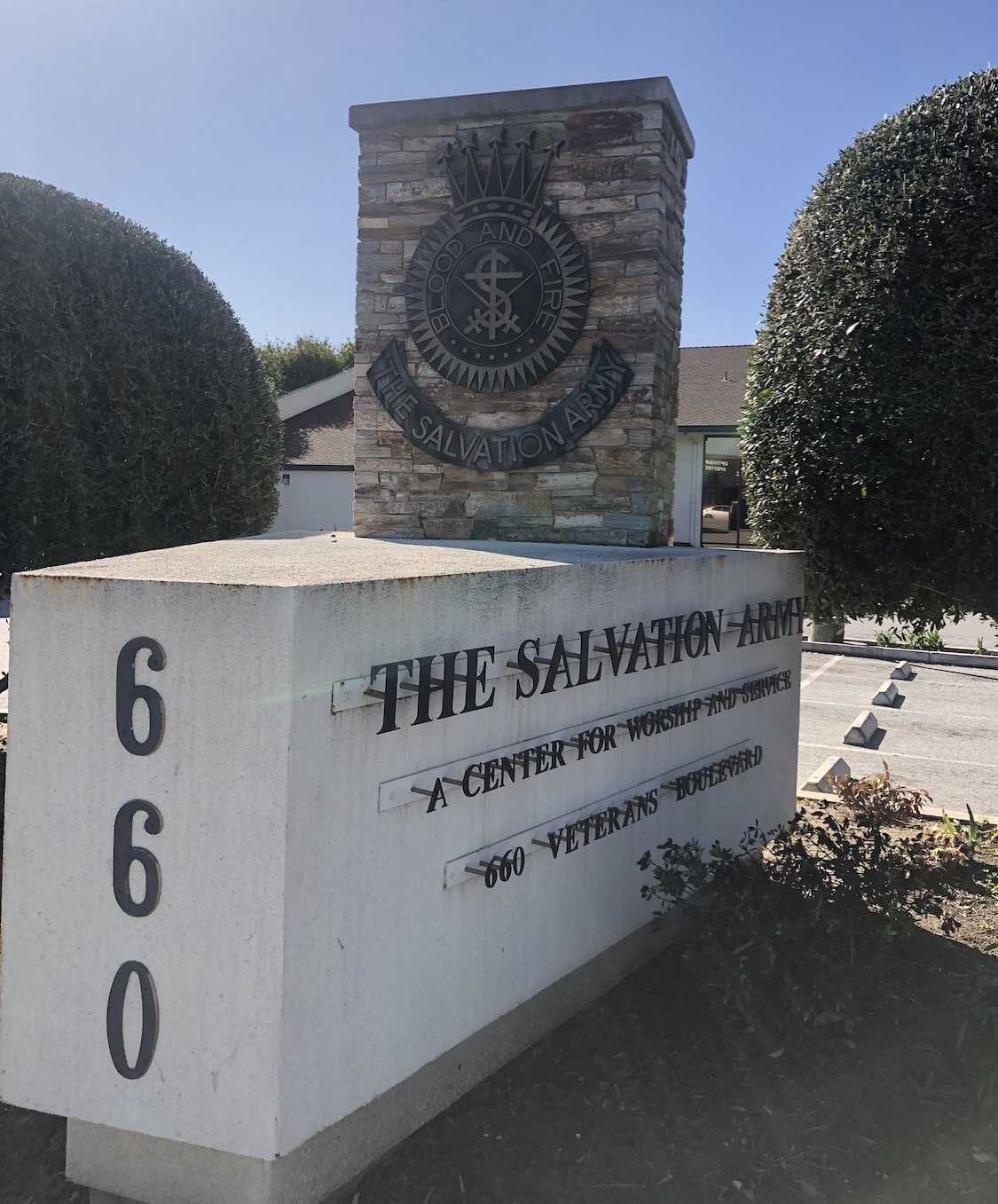 HEADQUARTERS The Salvation Army runs a service center in Redwood City. “We are faith-based, but we serve without discrimination,” Major Roy Wild said. Photo by Jay Renaker

Last December, Verde Magazine published a news story regarding the fast food chain Chick-fil-A’s decision to halt donations to organizations that had “publicly discussed their controversial views against homosexuality and same-sex marriage.” The article cited the Salvation Army, a Christian church and international charitable organization, as one of those organizations.

In response to this piece, local parent and Salvation Army Advisory Board member Anna Itoi contacted Verde to request that a correction be made regarding “the reference to the Salvation Army discriminating against providing its services to the LGBT community.” Itoi explained that the organization has had a long-standing mission of offering its services to anyone without discrimination.

In keeping with our responsibility to provide accurate reporting, Verde decided to take a closer look at the Salvation Army’s history and its relationship with the LGBTQ+ community.

To be clear, these findings are not a comprehensive list. Verde has limited the reporting on the Salvation Army in this article to the past 16 years and solely within the U.S. We have also chosen not to include individual cases of alleged discrimination, as they are harder to verify and do not necessarily represent the policies of the Salvation Army as an organization.

According to an article in The Atlantic, the Salvation Army “threatened to close all their soup kitchens in New York City to protest the city’s decision to require all vendors and charities … to adhere to all civil rights laws.” This shutdown was disputed by the Salvation Army officials.

In 2014, before the United States Supreme Court voted to legalize same-sex marriage nationwide, a memo addressing “LGBT issues in light of equality of marriage laws” was sent to Salvation Army officers in the Central Territory (one of the four national sub-territories) by its Commissioner, Paul R. Seiler.

“For anyone in a Salvation Army ministry position, the theological belief regarding sexuality is that God has ordained marriage to be between one man and one woman and sexual activity is restricted to one’s spouse,” the memo reads.

In 2017, the Brooklyn Salvation Army Adult Rehabilitation Center was charged with discriminating against transgender patients by the New York City Commission on Human Rights.

According to a press release by the Commission on Human Rights, the centers were charged with “gender identity discrimination for refusing to accept transgender patients” and “assigning rooms based on a patient’s gender assigned at birth rather than their gender identity, subjecting patients to physical examinations, and forcing transgender patients into separate rooms.”

Local Salvation Army officials declined to comment on any of these instances, saying that they could not speak on events that occurred outside of their territory, and national officers did not respond to emails requesting comment.

The Salvation Army’s explanations of policy appear to support the goals of both theology and inclusionary service.

“The Salvation Army acknowledges the Biblical definition of marriage,” Jennifer Byrd, the Salvation Army’s California director of communications, said in an email. “And that regardless of race, ethnicity, sexual orientation, gender or any other factor, The Salvation Army is here to serve the community.”

“I was called simply to love.”

On the  Salvation Army’s web page regarding the LGBTQ+ community, there is a video explaining its commitment to serving everyone in need.

In the film, U.S. Commissioner David Hudson, the highest ranking officer in the U.S., says that the Salvation Army adheres “to traditional biblical definitions of marriage,” which are described as a union between one man and one woman. Hudson also says that such adherence is “also true of almost every other church around the world.”

One way to navigate these two commitments was explained by Lieutenant Edgar Azueta, an officer of the Redwood City Salvation Army center. Azueta’s own interpretation of the Salvation Army’s mission is based on open-handed service and faith.

In an interview, Anna Itoi spoke candidly about her positive childhood experiences with the Salvation Army, and her belief that it operates without discrimination. “I have not seen, personally, any instance where they [the Salvation Army] have acted inconsistently with their stated mission, which is to serve everyone without discrimination,” Itoi said.

Although the Salvation Army has had a rocky history with the LGBTQ+ community, it has made concrete progress toward building a more positive relationship in recent years. 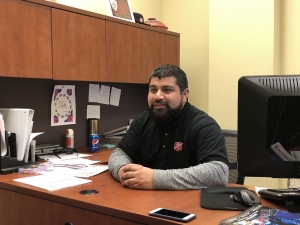 SERVICE WITH SOUL Lieutenant Edgar Azueta explains his views on service in the Salvation Army. “You are a soul, you have a body, and you have to treat people as if they are human beings,” Azueta said. Photo by Miles Breen

The organization’s website now lists facilities that are specifically designed for members of the LGBTQ+ community: the Young Adult Resource Center in Houston, Texas, and a homeless shelter for transgender individuals in Las Vegas, Nevada.

The Salvation Army website also features short videos recounting the rehabilitation stories of four LGBTQ+ individuals, two of whom went on to become employees of the organization. A member of the LGBTQ+ community may become an employee of the Salvation Army, which is a separate and distinct role from its ordained officers.

Despite past controversies, formerly prominent critics of the organization have revised their views.

“They [the Salvation Army] have made a remarkable turnaround,” Bil Browning, creator of the Bilerico Project and editor of LGBTQ Nation, said in a call with Verde.

Listen to an excerpt of the interview with Browning here:

Lieutenant Azueta explains a core tenet of the Salvation Army.

“One of the concepts that we have is to love. There’s no restriction when it comes to love,” Azueta said. “If there is restriction and that’s the problem right there, because in reality, love is unconditional.”