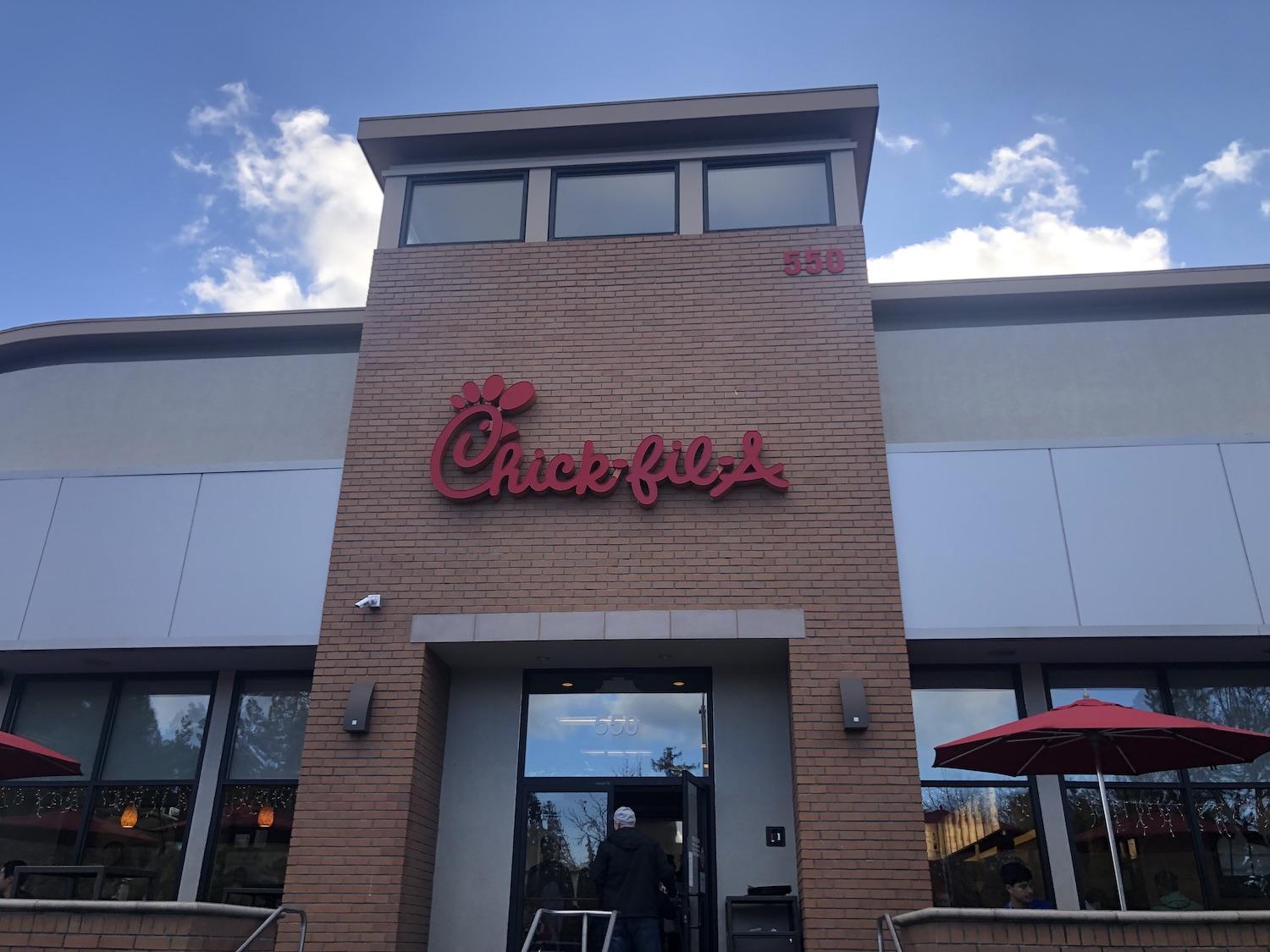 CHICK-FIL-A Customers walk into the Sunnyvale Chick-fil-A store. In November, the company announced that they would no longer be donating to organizations who have publicly spoken against homosexuality and same-sex marriage. Photo by Jasmine Venet

Chick-fil-A announced on Nov. 18 that the company foundation stopped its donations to controversial organizations after years of backlash from LGBTQ activists.

The popular chicken sandwich chain published a list of organizations that its foundation has donated to this past year.

In the past, the company donated to the Salvation Army and the Fellowship of Christian Athletes, both of which have publicly discussed their controversial views against homosexuality and same-sex marriage.

However, neither of these organizations appeared in this year’s report.

The foundation announced through an online statement that it will work exclusively with a smaller number of organizations and focus on issues relating closely to education, homelessness and hunger.

The controversy surrounding Chick-fil-A has deterred many Palo Alto High School students from going to the fast food chain, which is closed on Sundays for employees’ rest and religious worship.

“I would definitely go back [to Chick-fil-A] as long as they are accepting of everyone.”

“I had eaten there [Chick-fil-A] before and went with my friends a couple times,” junior Lulu Gaither said. “One time I told my mom I was going to Chick-fil-A … and she was like, ‘They support and donate to anti-LGBTQ organizations,’ and I thought, ‘Oh, that’s not cool,’ and I just stopped eating there.”

Some Paly students, however, still regularly ate at Chick-fil-A before the recent announcement.

“I am very happy about it [Chick-fil-A’s decision] because when I go there I won’t feel as guilty when I’m eating it,” junior Alli Miller said. “It’s always in the back of my mind like, ‘This isn’t the best organization to be supporting.’”

Chick-fil-A’s decision has changed some students’ opinions of the establishment and the company may begin to see more business within the Bay Area.

“The food is really good,” Gaither said. “I would definitely go back [to Chick-fil-A] as long as they are accepting of everyone.”