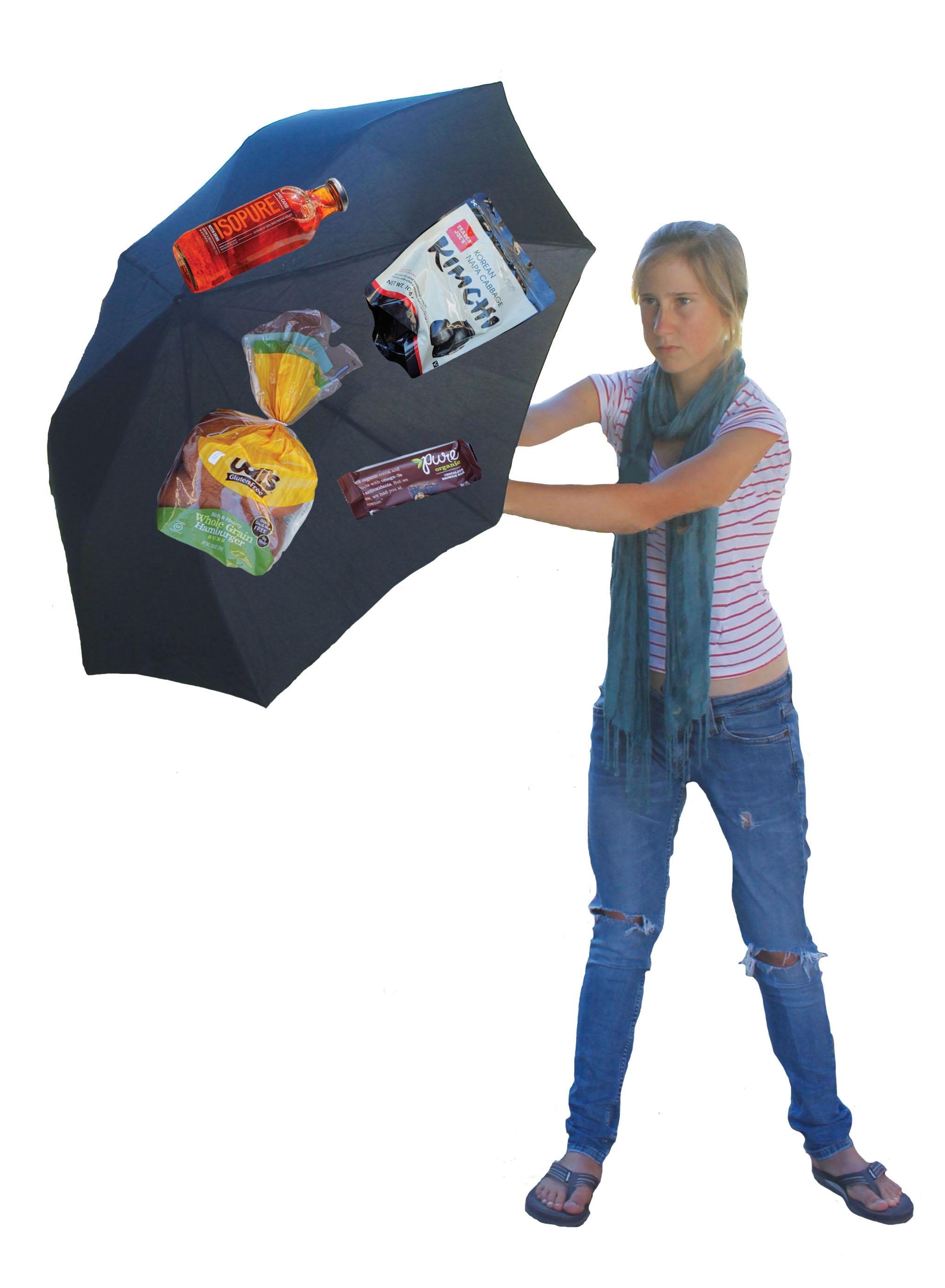 The apocalypse is coming.

Dust storms billowing, buildings burning, ash choking the remaining survivors. Grab your possessions and run, but don’t expect to get out. You probably won’t live to see daylight.

In times past, nobody would have survived the end of days. But judging from the latest news articles and blog posts, there’s a new, Armageddon-proof superhuman: the “healthy foodie.”

Every time I step out of the house, I seem to be bombarded by the latest “wonder foods.” Just picture me, holding an umbrella, defending against hits from rice flour bagels and chia seeds.

At the Whole Foods on University Avenue, there is a full-size refrigerator dedicated to gluten-free baked goods. At least one-eighth of the breads on its shelves are similarly sans-gluten. Companies like Blue Print Cleanse will gladly send customers enough juice for a three-day juice fast — all for the reasonable price of $65 a day.

Seemingly overnight, the Palo Alto that I know and love — er, tolerate — has been taken over by pod people, as per Invasion of the Body Snatchers. Except take out the emotionless clones, and replace them with healthy foodies.

The gluten-free fans have already invaded the gourmet blogging community with their posts about how they “don’t even miss bread anymore.” And the probiotic supporters brag about the health benefits of their deliciously fermented diets. Kudos to you, superior human beings.

I wholeheartedly sympathize with those who must turn down sliced bread for medical reasons. But somehow I find it difficult to have compassion for those who quit gluten just because they want to “try something new.”

“Trendy” diets, like trying juice cleanses, probiotic regimens, chia-seed-addictions, or going gluten-free, don’t deserve the national attention that they have received. Many of their benefits have been overstated, and they perpetrate severe price inequalities. But someone, somewhere, seems to have missed the memo.

Scientific evidence indicates no correlation between a gluten-free diet and improved health, according to a study published in the Journal of the Academy of Nutrition and Dietetic by Arizona State University researcher Glenn Gaesser. A 2009 study by researchers at Appalachian State University reports that chia seeds are equally ineffective. Nutritionists such as Shannon Lewis, a gastroenterologist at The Oregon Clinic, warn against following certain fads like going gluten-free because the body has difficulty getting sufficient nutrients when certain food groups are cut out.

Celebrities, always on top of the latest trends, have helped to fuel the fads. In April, Miley Cyrus tweeted, “Everyone should try no gluten for a week. U won’t go back!” Gwyneth Paltrow, who experiments with new diets almost as often as she gets a haircut, has recently taken to promoting a juice fast by Organic Avenue. And Madonna just loves her probiotics.

The constantly shifting celebrity endorsements of these trends diminish the importance of food as a life-giving substance. People can be spurred into adopting diets because they believe it will make them look like the stars who promote them, which in turn encourages unhealthy relationships with food.

After all, the probiotic diet alone demands the consumption of fermented foods like miso and kombucha, which can make for an expensive meal plan. The food industry takes advantage of these trends, knowing that it can charge more for certain products essential to these diets. But there wouldn’t be anyone to be taken advantage of if the trends didn’t exist in the first place.

Sure, it can be fun to experiment with new diets and to test our willpower when it comes to food. But at a certain point, a line has to be drawn.

We need to get back to our roots and embrace food not because it claims to have healing powers or because all the cool kids are doing it, but because food is a basic part of our existence, and we need to accept it for what it is: nutrition.