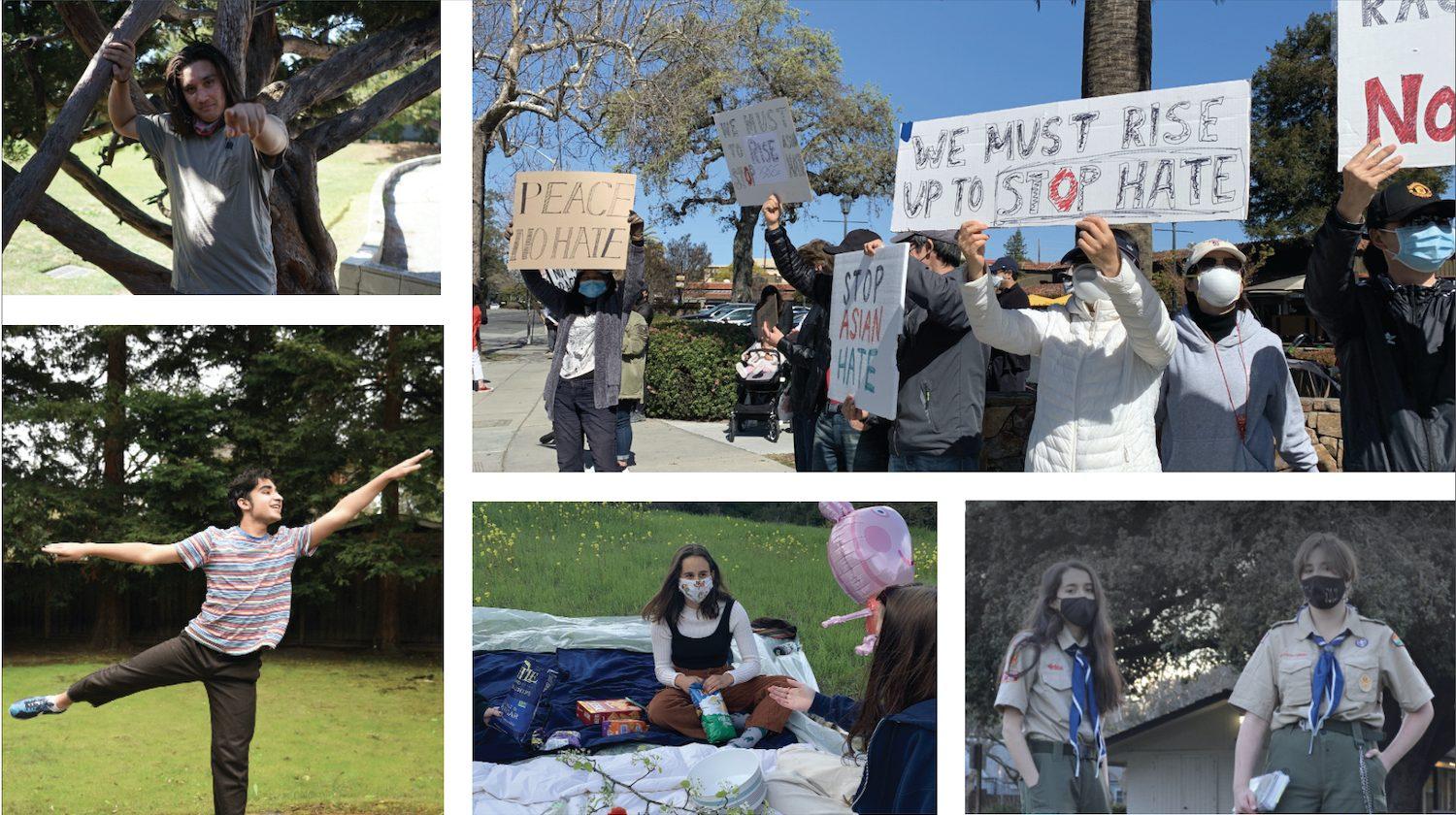 From the editors: Blossoming through adversity

Splintered branches stick out of a silver trunk, barren and blunt. San Francisco Japantown’s iconic cherry blossoms, once a symbol of a vibrant community, stood as a thrashed tree trunk, devoid of life — a harrowing reminder of the racism plaguing our nation. Though the cherry blossom trees pictured on this issue’s cover have since replaced those subjected to the Jan. 5 targeted act of vandalism and pink buds now bloom over the roots of the past, the looming threat of future attacks is a reality for Asian Americans both inside and beyond Japantown. Features Editor Mia Baldonado, Managing Editor Katherine Cheng and staff writer Meena Narayanaswami delve into the recent spike in hate crimes against Asian Americans and its impact on Palo Alto community members in “Stop Asian Hate.”

As we continually strive to tell stories of injustice within our community, Social Media Manager Akhil Joondeph, News Editor Sadie Ibbotson-Brown and staff writer Sasha Boudtchenko investigate the district’s Title IX reporting process, and share the stories of sexual assault survivors who have felt misrepresented and mistreated, in our feature story “The ‘gold standard’?” Looking back on Verde’s jarring “‘You can’t tell me I wasn’t raped’” rape culture cover package in 2013, and then again on Verde’s 2017 cover story detailing the Office of Civil Rights investigation into the Palo Alto Unified School District’s procedures when dealing with sexual assault cases, we are frustrated and disheartened to find ourselves covering these problems once again. In our editorial “Support, listen to survivors,” we outline changes that we hope will help support survivors and address the longstanding rape culture at Paly.

When the five of us decided to run as editors-in-chief last spring, we had no idea how unprecedented the year that lay ahead of us would be. Stepping into our new roles just weeks after the nation shut down, we inherited a mountain of questions and a publication that relied heavily on in-person production. Those early days were certainly the most hectic as we attempted to navigate the virtual realm and reimagine Verde as a digital class.

Our first cover as editors featured a graduating senior from the Class of 2020 wearing the ghost of a cap and gown. We mourned for our classmates who lost their final senior moments, never imagining that we’d find ourselves in a similar spot a year later.

Now, as we look up at the magazines framing the Verde classroom, every one of our covers features figures half-hidden behind a mask. This volume will always be defined by the pandemic, but also by the extraordinary perseverance of our undeterred staff and wider community.

This is our last issue as editors-in-chief, so as we pass on the baton to next year’s leadership team, we want to recognize the space and innumerable opportunities that we’ve been given to grow. We are infinitely grateful for the valuable lessons we have learned from each source and story, and feel privileged to have carried on the Verde legacy of truthful, hard-hitting journalism — even in the most challenging of times. 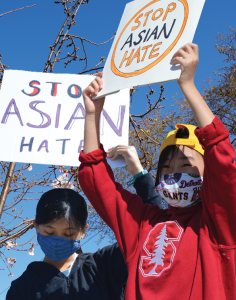 Two young protestors hold up signs with the words “Stop Asian Hate” in front of a background of the new cherry blossom trees planted in San Francisco’s Japantown to replace the vandalized originals. The photo collage created by Editor-in-Chief Avery Hanna mixes images captured by Editor-in-Chief Myra Xu from a rally at Town and Country Village on March 21, and a background image taken by Features Editor Mia Baldonado. The increase in violence against Asian Americans during the pandemic created shockwaves throughout the nation, sparking urgent calls for change.

From the editors: One year of COVID

From the editors: Verde from a distance