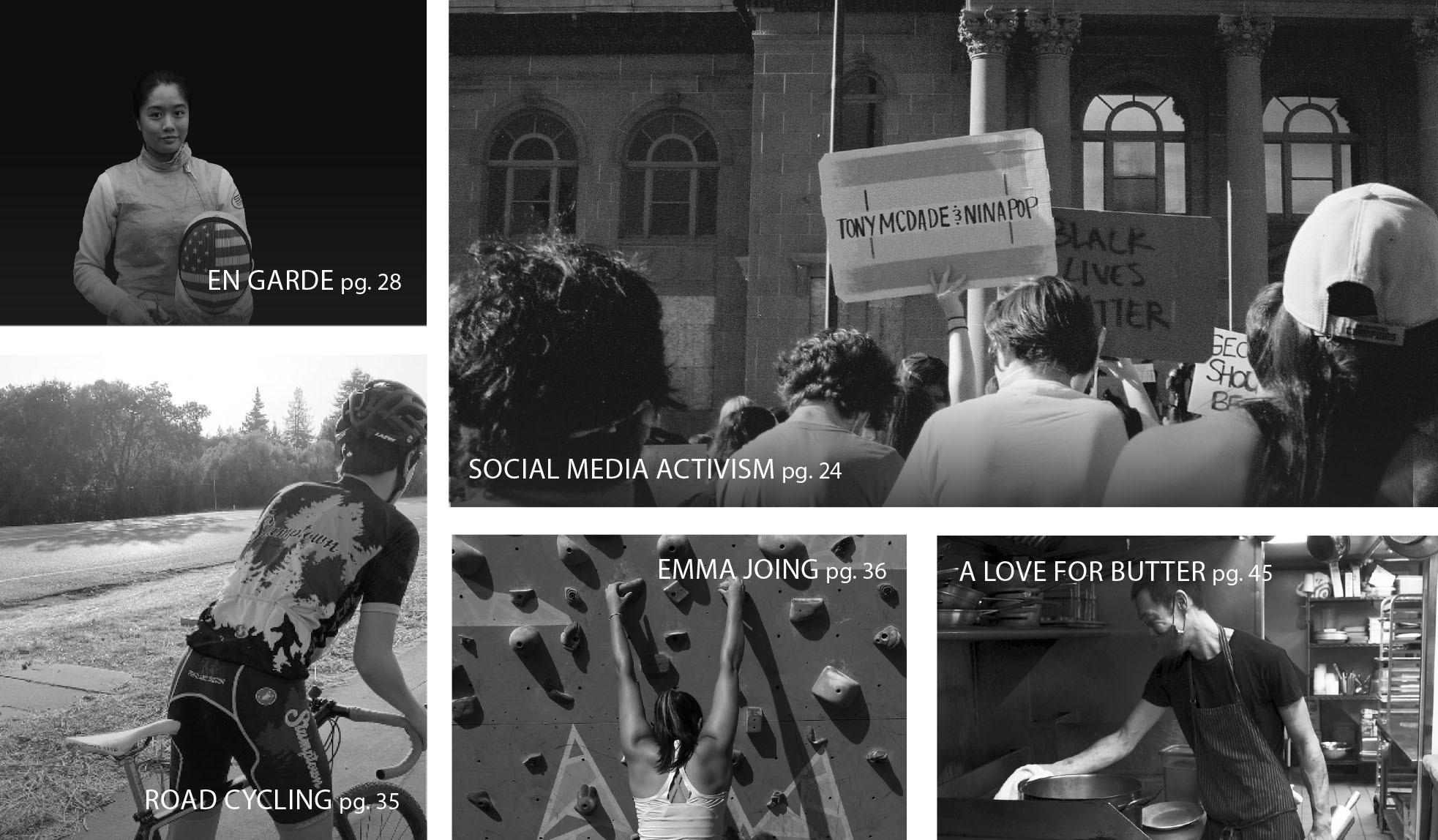 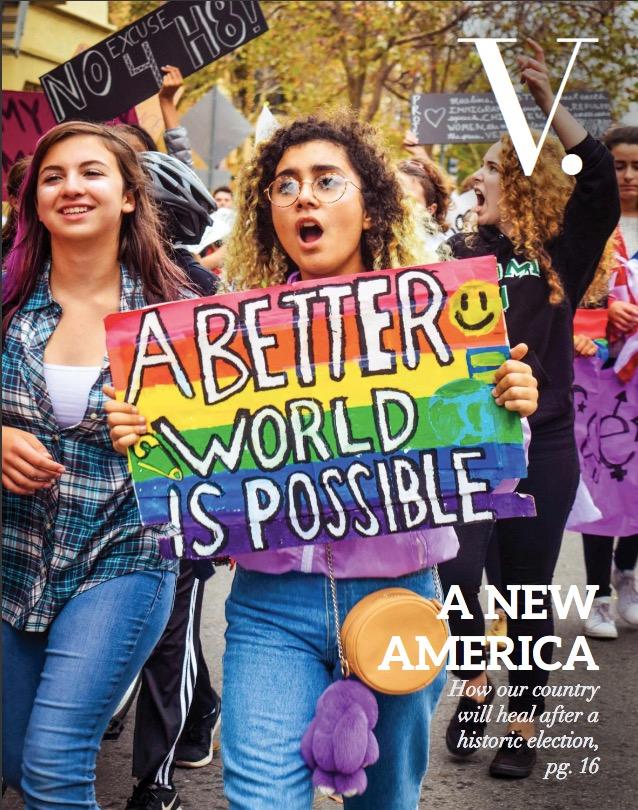 A rainbow sign, a chanting face and a sliver of hope in the words “A better world is possible.” That photo of the protest following President Donald Trump’s election graced the cover of Volume 18 Issue 2 four years ago, and we now have the chance to steer America toward the better world we’ve been longing for.

Time and time again, from walkouts for climate action and gun control, to current Black Lives Matter protests, we see Palo Alto High School students take a stand. Whether it be through posting on their phones or protesting on the streets, we find a way to make our voices heard.

This fall, the most direct way to enact change is to show up at the polls — either through mail or in person — and vote. We implore those who have that privilege to use it and to use it wisely. In one of the most turbulent elections of our lifetime, we trust that those who can cast a ballot will use the opportunity to participate in our democracy.

For this issue, to assist newly-eligible Paly voters and the wider community of Palo Altans, Digital Editors-in-Chief Antonia Mou and Ishani Raha wrote short descriptions for each of the City Council and school board candidates, as well as three local measures in Verde’s “Vote your future” voter guide. We hope that our readers will also consider our candidate recommendations in the editorial “Verde’s endorsements.”

One critical issue at the forefront of our local elections is police funding and reform. In the editorial “‘8 Can’t Wait’ is not enough,” we examine our City Council’s efforts to mitigate racial bias and brutality issues in the Palo Alto Police Department amid calls for reform. Speaking with city officials, we explore the roots of the problems and advocate for improved policing policies.

This year, we have also seen an increasing number of students advocating for change through informative social media posts. In “The rise of social media activism,” staff writers Dominique Lashley and Sasha Boudtchenko discuss the role of social media in recent movements, touching on concepts of performative activism, the spread of misinformation and the intense polarization that comes with it.

This polarization plagues our current political climate — an issue that staff writer Jerry Fang, Social Media Manager Akhil Joondeph and Managing Editor Katherine Cheng explore as they revisit an iconic Verde story from four years ago in “Third Wave: Tides of tension.” With retrospection from former reporters to those involved in the original Third Wave experiment, this story offers a peek behind the curtain into a Verde classic and reflects upon the political significance of the experiment.

Reflecting on the 2016 election, we hope that this upcoming election will bring with it a renewed hope for our country and our community as we continue to push — whether through protests or votes — for a better world. 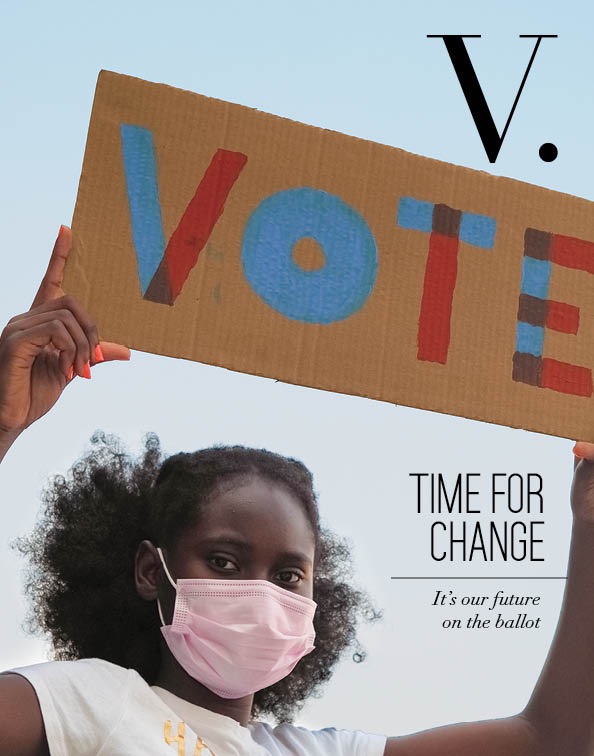 Palo Alto High School senior Wumi Ogunlade holds up a hand-painted cardboard sign with the word “vote.” Ogunlade is one of many student activists at Paly, but her distinct experiences including her move from Nigeria and her time on Speech and Debate have given her a unique voice. To encourage people to vote, Ogunlade works with the nonprofit organization IGNITE to educate, register and mobilize Generation Z voters through social media. Photo Director Audrey Joachim captures Ogunlade’s powerful gaze from behind a mask.