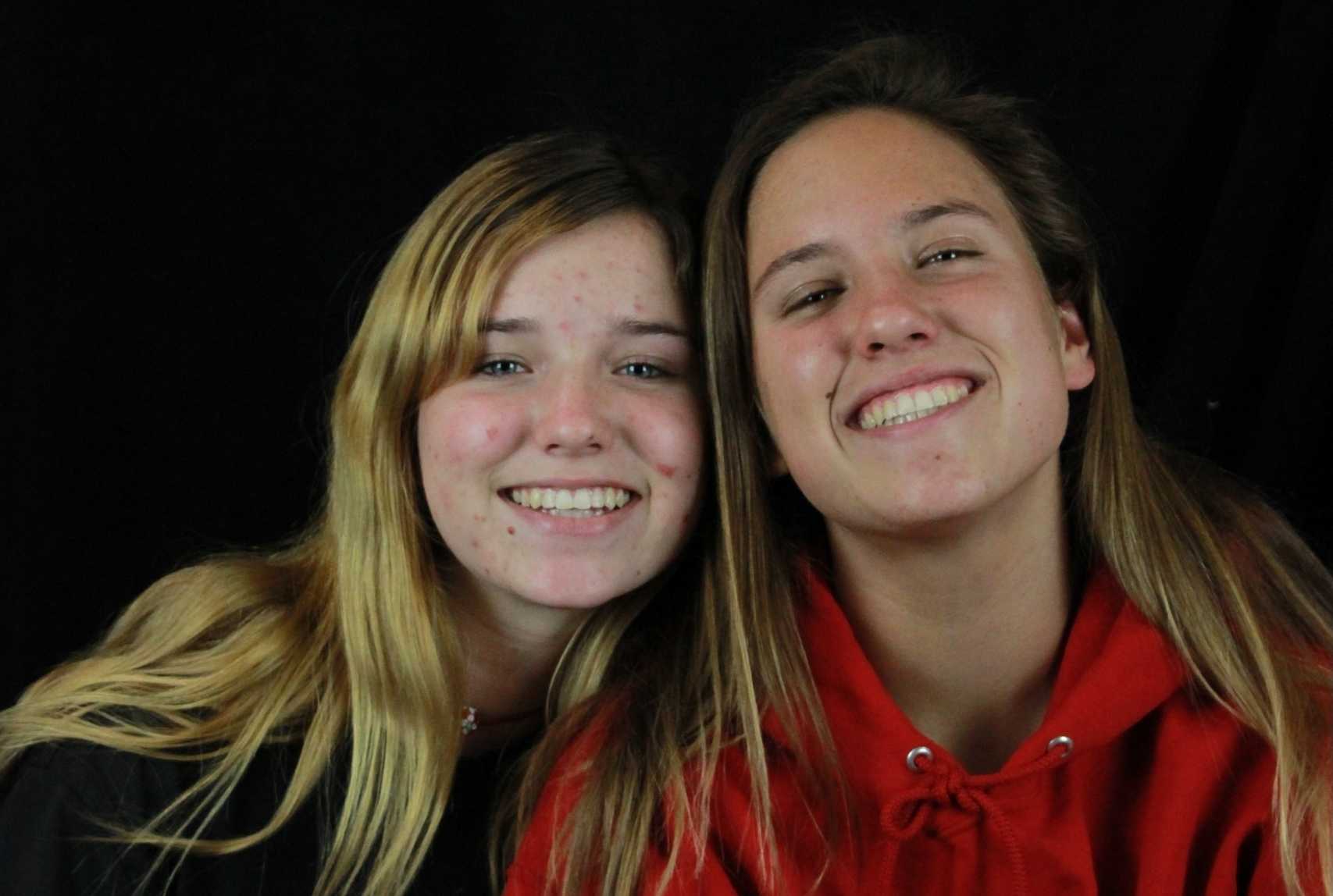 CHEESE! My fraternal twin sister, Jenna Tetzlaff, and I pose for a photo together. While we may not look alike to some, there have been many incidents in which one twin was mistaken for the other. Photo by Zoë Wong-VanHaren

Double trouble: My life with a twin sister

To start, I’ll answer a question that everyone is wondering: “Can twins read each other’s minds?” As much as I would love to answer yes, I am sad to say that no, we cannot.

There have been countless nights where my fraternal twin sister, Jenna, and I stayed up late in an attempt to find a way to read each other’s minds. We would practice thinking of a number between 1 and ten or an object and, on rare occasions, we would say the same answer and geek out over it. Truthfully, though, it was just luck. There are many other strange phenomena similar to mental telepathy that others believe to be true for twins, but I can tell you firsthand that if you punch me in the arm, Jenna will certainly not be able to feel it.

Growing up with a twin is the same as having a built-in best friend — you practically have a duplicate of yourself! It is a remarkable experience and there are tons of crazy memories that my sister and I have created in the past 17 years, some of which include dressing in matching outfits, throwing tantrums over who gets which toy, and moving to France and being known as “Les jumelles Americaines.” We even switched advisories once in eighth grade and completely fooled my math teacher — my sister’s PE teacher was not amused. In between pranks, we also shared countless long nights of gossip in each other’s rooms.

While being a twin has its perks, it does come with a couple of cons: namely the “competitive aura.” People will ask if Jenna and I ever fight, and like any other pair of siblings, my answer is yes. Twins are bound to fight all the time, but being in a fight with my sister is hard. I depend on her for a multitude of things, like homework help and figuring out what to wear the next day so we don’t accidentally “twin” by wearing the same outfit. So when we’re mad at each other, I feel like I’m losing a source of support, which always leads to me crawling back to hang out with her late at night in one of our rooms – most likely Jenna’s because she has the comfy couch.

So while we do fight a lot, it is virtually impossible to remain mad at her for long. It’s actually pretty funny how my twin sister will be angry with me for wearing her jacket one minute and will be asking me to get boba with her the next. In all honesty, it is kind of hard to not be happy around her. We grew up sharing practically everything, from clothes to rooms to friends, and of course, the womb for nine months. It is inevitable that twins will get along with each other.

My sister and I are fraternal twins. Twins are either identical or fraternal–there’s no in between. If a set of twins are identical, it means that the mother’s fertilized egg split into two, creating two babies with the same genetic information. Fraternal twins, on the other hand, are produced when two different sperm fertilize two different eggs. This can help explain why one set of twin boys seem to be the same exact person while a pair of twin sisters may have completely different appearances: the identical boys share the same genetic information while the fraternal sisters have a different set of genes.

In all honesty, it is kind of hard to not be happy around her.

On most occasions, I will have to point out my sister to people because of the differences in our appearances: I am more tan, while my sister is paler. Jenna has a rounder facial structure while mine is more oval. I have hazel-ish green eyes while Jenna has sparkly blue eyes like my dad. Because of our fraternal identities, it is pretty easy to tell us apart, and when people first find out that we’re related — let alone twins — a response is generated, usually along the lines of “YOU GUYS ARE TWINS?!”

Going through the multiple stages of life with my three-minutes-younger partner-in-crime might seem like a crazy and mysterious experience to some, but for twins, it’s really not a big deal. It is practically the same as having any other brother or sister, but you just happen to be the same age. Just because two kids are twins does not mean that they are the same person. Everyone has their own desires and hobbies in life, twins included.

In the future, if you ever meet a pair of twins, do us all a favor and please refrain from asking: “Can you read each other’s minds?”

Raising a family in Palo Alto: Pro vs. con