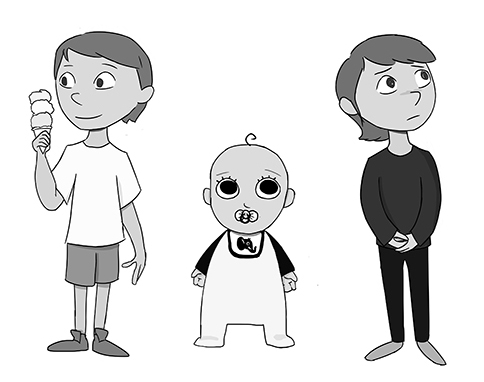 Raising a Family in Palo Alto: Pro Vs. Con

Palo Alto is known for its startups and reputation as the heart of Silicon Valley. As a child, however, being raised in this environment also encompasses stress and pressure to succeed.

In this article, Alex Feng and Maraleis Sinton reflect on their own stories of growing up in Palo Alto. Through their experiences, both find reasons why they would or would not come back home to raise their own families.

Does this sound familiar? Is 45 minutes of shut-eye even considered sleep or is it just a nap? Does hitting the sheets at 7 a.m. count as last night or this morning? At this point, I’m too tired to know or care.

While the sleep deprivation certainly hurt in the short term, embracing it as a teachable experience ultimately created more room for me to grow. Living in Palo Alto has provided me with plenty of similar stressful situations, but by staying open-minded, I have learned how to more quickly and effectively adapt. In today’s world, where being able to healthily manage commitments and activities has become crucial to mental wellbeing, I hope that my own children will be able to leverage the balance of stress and opportunity Palo Alto provides to become the best version of themselves they can be.

According to researchers from Radboud University in the Netherlands, under the right conditions, children raised in stressful environments could perform significantly better at efficient information gathering, solving unconventional problems, and other reasoning abilities than those brought up with less stress. Palo Alto is by no means a perfect town, but a certain combination of drive, stress and available resources can yield something far more valuable than a letter of acceptance to a college: skills that will last a lifetime.

Everyone knows that student juggling five APs while being the president of two clubs and still finding time to play sports. Sometimes, it even feels like you’re surrounded by them. Like many other students, I felt the all-too-familiar pressure to be “smart” and “successful” even before entering high school. My response was to emulate what others who exhibited those qualities seemed to be doing: pursuing what they enjoyed outside of school.

I’ve always been a motivated student, but admittedly, without this external pressure, I doubt I would have pursued my interests outside of school or even engaged in the occasional dabbling. Joining extracurriculars that reflected my interests put me in a system where I was exposed to other like-minded, similarly motivated individuals while also improving my initial “I want to see where I can go with this” to “Dang, that’s where I can go with this.” The structure provided by these activities channeled an originally directionless drive towards a concrete goal.

I will confess that as my commitments outside of school increased, so did my stress. But the support system and relationships that I had built for myself through these activities kept me afloat even in the most maddeningly busy circumstances; I had more experienced friends who had also juggled similar work loads and who I would often ask for advice, as well as friends who were going through the same thing who I could just decompress and talk to.

I stayed up late more times than I would like to admit, missed assignments and got sick multiple times as a result of how I initially handled my circumstances. Instead of resigning myself to the fact that I might never be able to handle the workload as well as others I pushed myself to become better. Leveraging the experiences as well as work habits of others set allowed me to ultimately refine my discipline, time management skills and ability to compartmentalize.

Palo Alto did toss me a lot of balls to juggle, but it also included an instruction manual on how to juggle them. Were it not for this balance of stress and solution, I would not have developed these life skills as early as I have.

Instead of shying away from the challenge, I hope anyone who grows up with similar stress levels will embrace it as an opportunity to learn and improve. There is no instruction manual for getting someone ready to tackle the world by 18, but the lessons I have learned from Palo Alto are certainly good places to start. I hope my children will enjoy a childhood filled with more than academics and a resume, however, gaining crucial life skills at the price of a more stressful adolesence will only serve to help them lead a more balanced life in the future.

CON: College, the end all be all in Palo Alto

It was a month before finals during the first semester of my junior year. I sat on my kitchen floor asking myself why I had decided to take such a rigorous course load and signed up for the extracurriculars that occupied my week.

As a naturally curious person, I decided to take AP classes to challenge myself; yet, as I pondered the course selection for this past year, I realized I had dutifully followed the “rules” of taking on a demanding course with enrolling in AP US History and AP Biology.

I’ve lived in Palo Alto for the past 15 years of my life, and after college, I don’t plan on returning. Despite being a city filled with opportunity, superb academics and the typical sunny California weather, being raised in Palo Alto and experiencing the culture from the inside is another story.

For example, I don’t believe that academic rigor is the end-all-be all. You may wonder why — wouldn’t taking a heavy course load teach me to be more organizational skills and endure high amounts of pressure? Yes. But success isn’t defined by good grades and how little sleep I can run on. Instead, it is measured by my hard work, compassion and curiosity that allow me to achieve my goals. 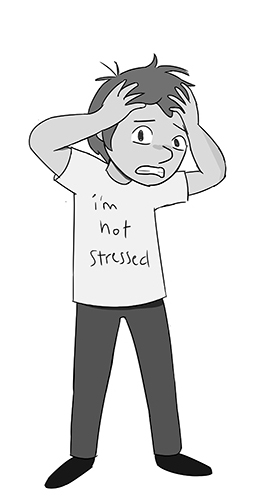 Palo Alto’s competitive culture isn’t what I want to be surrounded by later in life. For my future children, rather than piling on the activities that make for a strong resume and immersing them in a culture of constant competition, I want them to be kids — to play and do what they love, whatever that may be.

Those who can see themselves returning to Palo Alto may argue that a rigorous and high stress education allows us to mature and prepares us for college and beyond. But as students pile on countless AP and honor classes for college, they lose a crucial aspect of an education: finding their passions.

School is meant to nurture kids’ love of learning and curiosity for the world, while growing up is a time for developing a sense of self, building friendships and determining one’s own values. Though Palo Alto has phenomenal academics, the culture of stress limits students’ passion and hobbies.

We may learn and challenge ourselves, but at what cost? A childhood? Constant stress?

According to David Elkind, a professor of child studies at Tufts University, a childhood allows individuals to have the time to mature and learn life lessons. Without a long enough childhood, children may not learn the importance of developing relationships and other life skills.

In addition, substantial academic pressure causes youth to develop stress-related health issues such as nervousness, hyperactivity, eating and sleeping disorders, behavioral problems and academic difficulties,  according William Doherty, a professor of family social science at the University of Minnesota.

Even if a student receives outstanding grades, you might not be admitted to their top college. So in the end, is a potential admission to a prestigious college really worth all those hours or stress?

To be fair, PaloAlto has allowed me to come into my own; I discovered my passion for photography and developed a growing enthusiasm for social justice. And for that I am forever grateful. However, I hope to teach my kids about the world and that academics and success goes beyond a resume. Allowing them to grow up outside of Palo Alto will do just that. For some, the workaholic lifestyle may suit their goals, but for my future family, that isn’t the case.