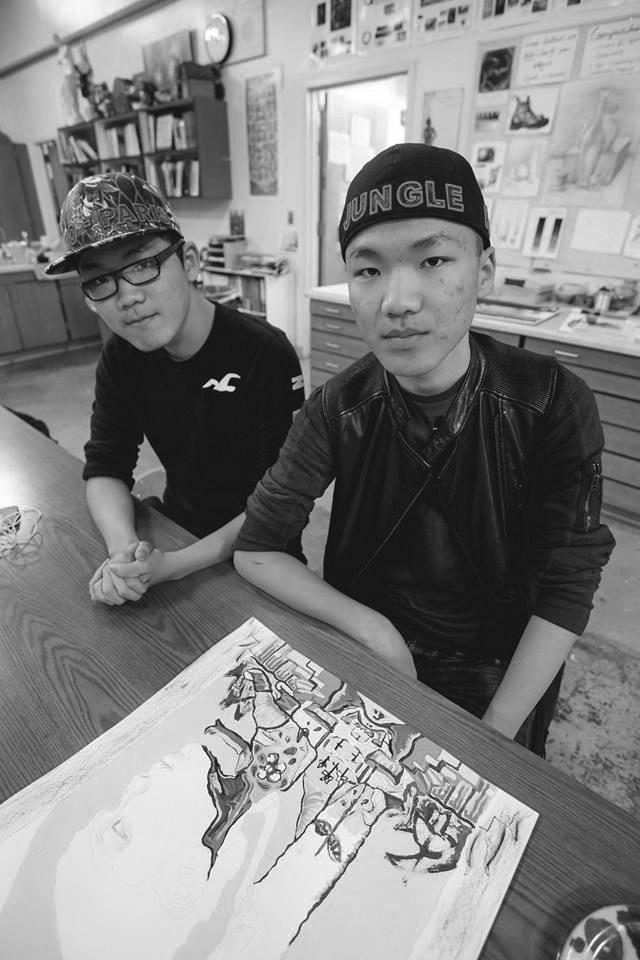 Identical twins and juniors at Palo Alto High School, Michael and Peter Huang have a passion for creativity and a drive to express themselves. Their mother and father are both successful artists, so art is practically in their blood. However, despite their similarities and time spent together in the womb, the Huangs have each developed their own distinct style. Verde sat down with Michael and Peter to learn more about their love of art and what propels them to create.

Verde Magazine: How did you get involved in art?

PH: We just started drawing when we were younger. Very natural, no one forced us to do art.

MH: We started holding the pencil and just let the line flow. For some reason, unlike other students we can just sketch out the shape really well. But we never collaborate because we have different styles. 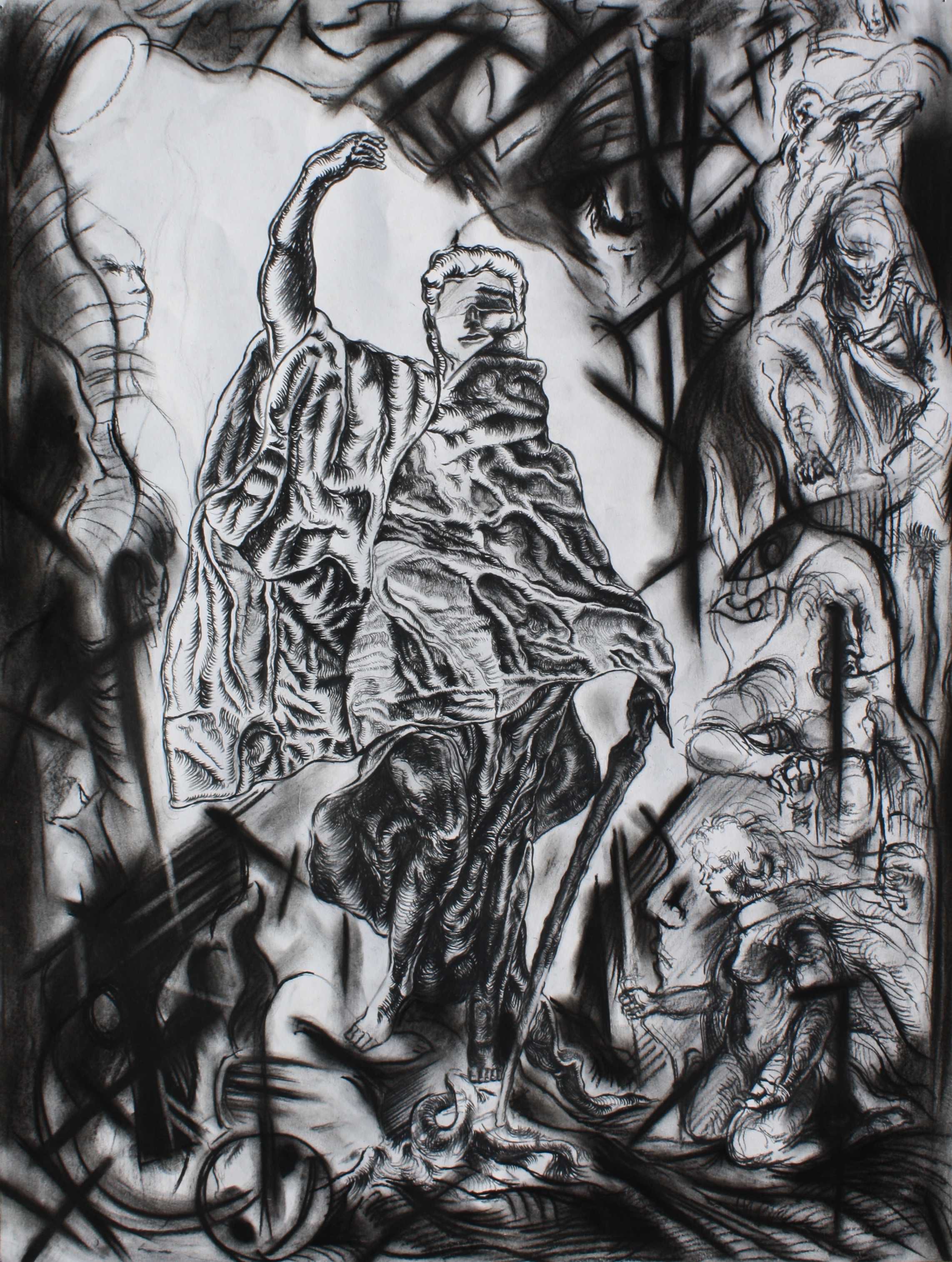 PH: I like abstract art and surrealism. I dislike realism though. I don’t think that’s the meaning of art because we have photography. I also don’t like it when the teacher gives you a certain thing to draw. It really pisses me off. Just give me a topic like “happy.”

MH: I agree with Peter on the first part, but I think that realism is a really important step towards being more successful in the future. It’s like the base and you have to make it solid before you can climb higher and higher. So I think that to be able to draw realistically it’s really important. I don’t like it or dislike [it], I just think it’s a natural process.

V:  What is your favorite piece that you have created?

PH: I did a self-portrait in eighth grade and I used charcoal so it was really expressive. I had never done a piece like that in my life. I wanted to hand it to my teacher. Just when you start drawing you can’t stop.

MH: I don’t actually have a favorite one. Actually there’s one piece. … I used pencil, pen, sharpie and actually some water. I wasn’t actually trying to depict anything, it was more just me trying to go with my feelings at the time.

V: Can you explain your artistic process?

PH: We both are into hip hop. We need to listen to music when we’re drawing. We usually listen to hip hop because they express their feelings freely in music. Sometimes it’s kind of inappropriate. But it’s kind of similar to art, though. You’ve gotta open yourself up, you can’t be chained. When you’re drawing, just do what you’ve gotta do. You have to express yourself, you gotta be you, be original. For us, there’s no real process. We’re alone, and we do what we usually do, just pick up a pencil and just start flowing.

MH: To add onto that, our parents are really successful, so we’re able to go to museums all around the world and we accumulate a lot of knowledge. So every time we start a new project we’re able to think back to previous knowledge.

V: So your parents are artists too?

PH: Well, my dad used to be an oil painter, but back in the day it didn’t make much money, so he started doing interior design. He’s a really successful interior designer. He has his own team. He designed the World Expo building in Shanghai.

MH: Our dad gave us a lot of opportunities to learn from other famous artists and to just go outside and get to see other pieces. He’s also like a teacher to us, he doesn’t tell us how to draw but he gives us encouragement when we face challenges. 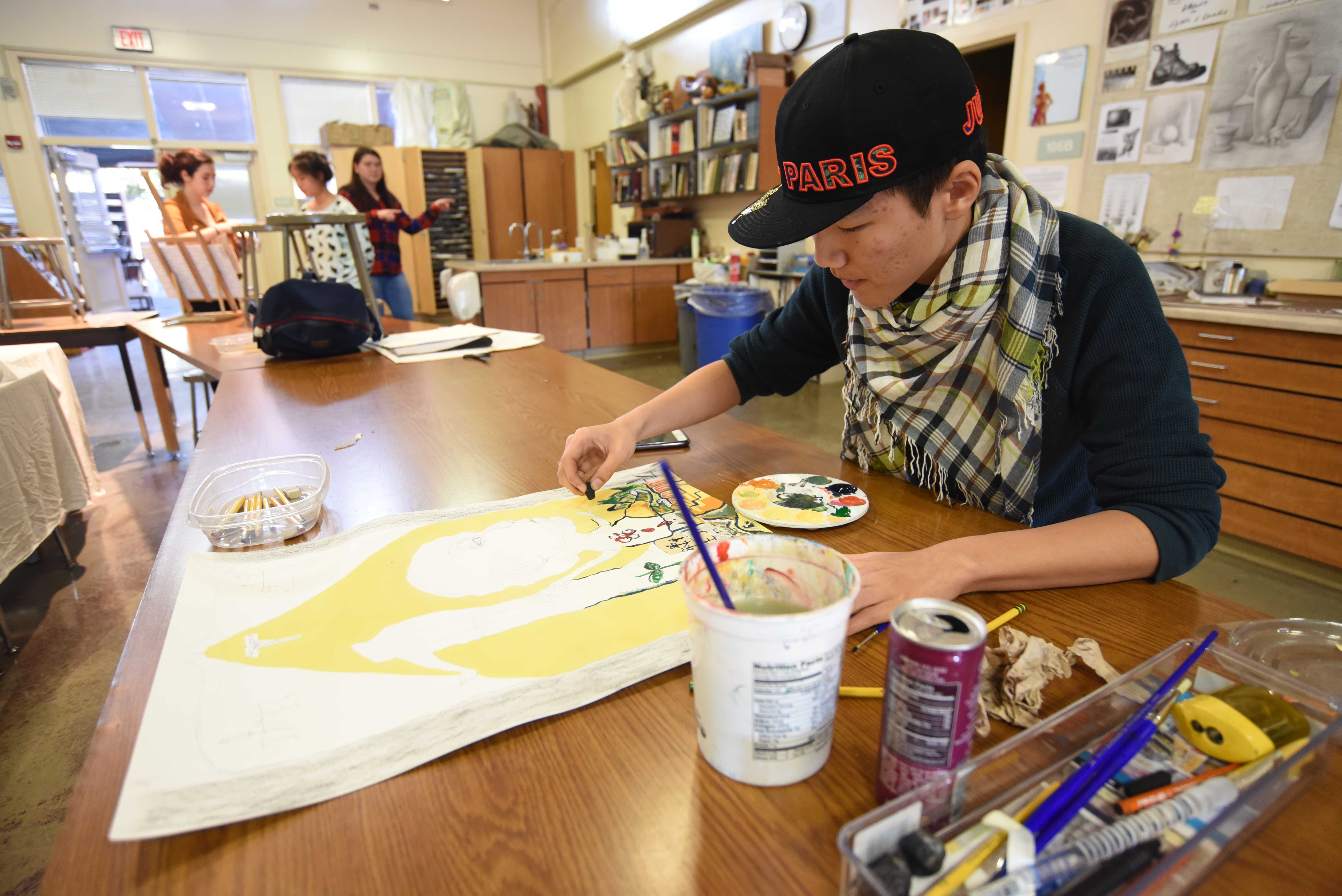 Michael Huang is leaned over his artist’s bench working on his new creation.

V: We heard that you guys learned from a famous artist this summer in China. What was that like?

MH: Yeah, his name is Yan Mao. He’s really successful back in China, he’s one of the top artists. We got to work with him over the summer, which was really cool.

PH: He does portraits of models for fashion shows. I like his style; he does oil paintings. It’s super misty, it gives you a misty feeling, like secrets. He paints his feelings towards the person and also the person’s feelings towards him. It’s really complicated, really deep. He’s contemplating his life choices. But even though we worked with him, we didn’t try to imitate his art style, because that’s pointless. That’s not what you’re supposed to do in art. You’re try to get influenced by other artists, but you don’t change your own style, you just make your own style stronger.

PH: We’re actually fairly close. We play video games together, we play sports. I like him, he’s my brother, but when it comes to art, we have our own styles. 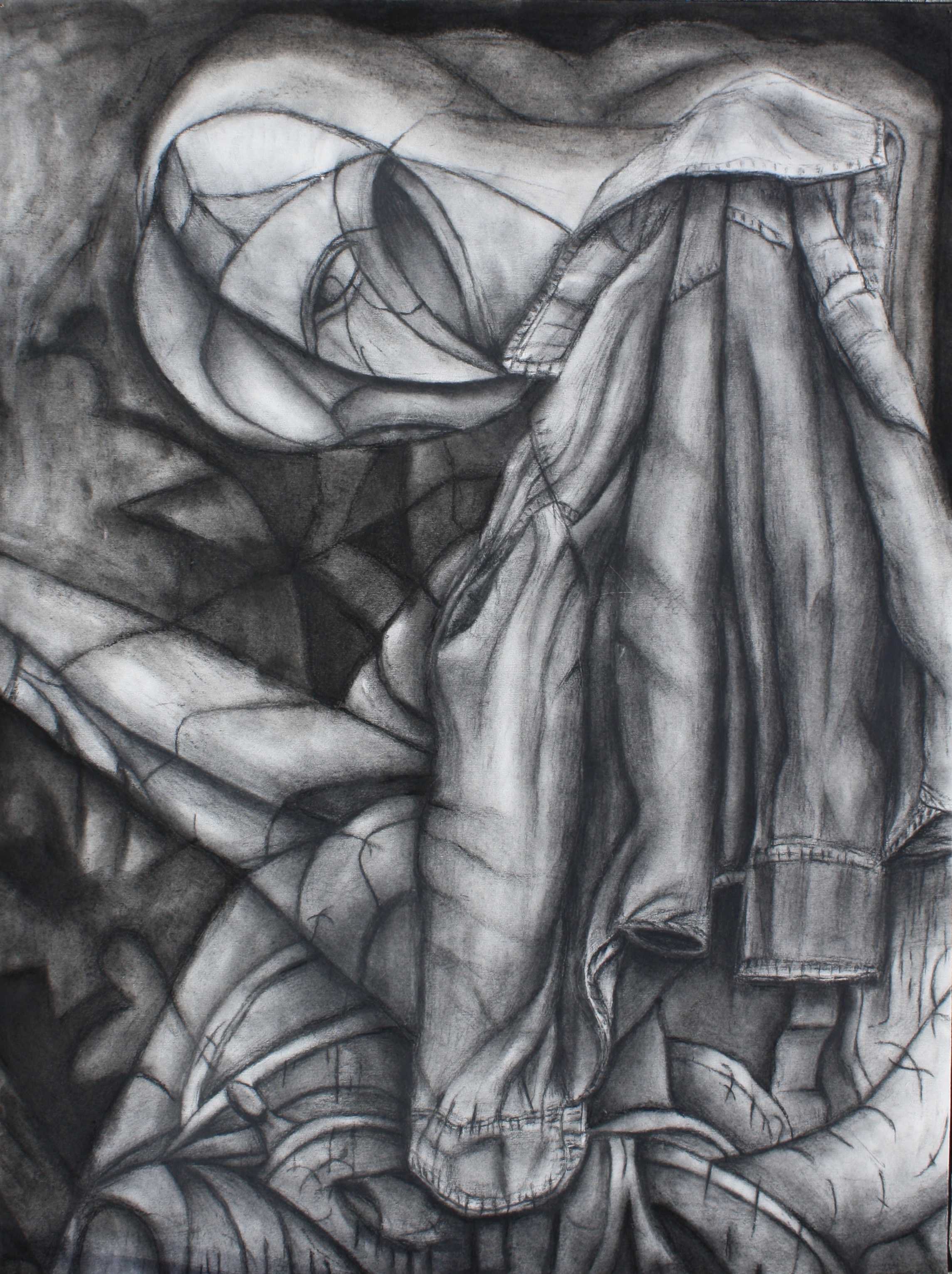 V: What are your goals?

PH: We both want to go to art college and eventually have our own studios.

PH: We want separate studios because, I mean I like him, he’s my brother, but when it comes to art … We might get influenced and then our art style might change. I mean sometimes it’s good, but sometimes it’s bad because you might lose your own style.

MH: Like when you’re in the middle of the process and you’re trying to learn something from other people…you might forget your own style.

V: Do you have a message to tell other students art?

MH: I would just tell them that they have to keep their own style. Your own style is really important and there’s no good or bad in the world of art. For me, I’m not that outgoing, so art is like another type of language, another way to express myself.

PH: You have to go out and see other people’s work, but don’t copy it. Also, never get discouraged. Art is like an adventure, and you should never give up because none of us are perfect.