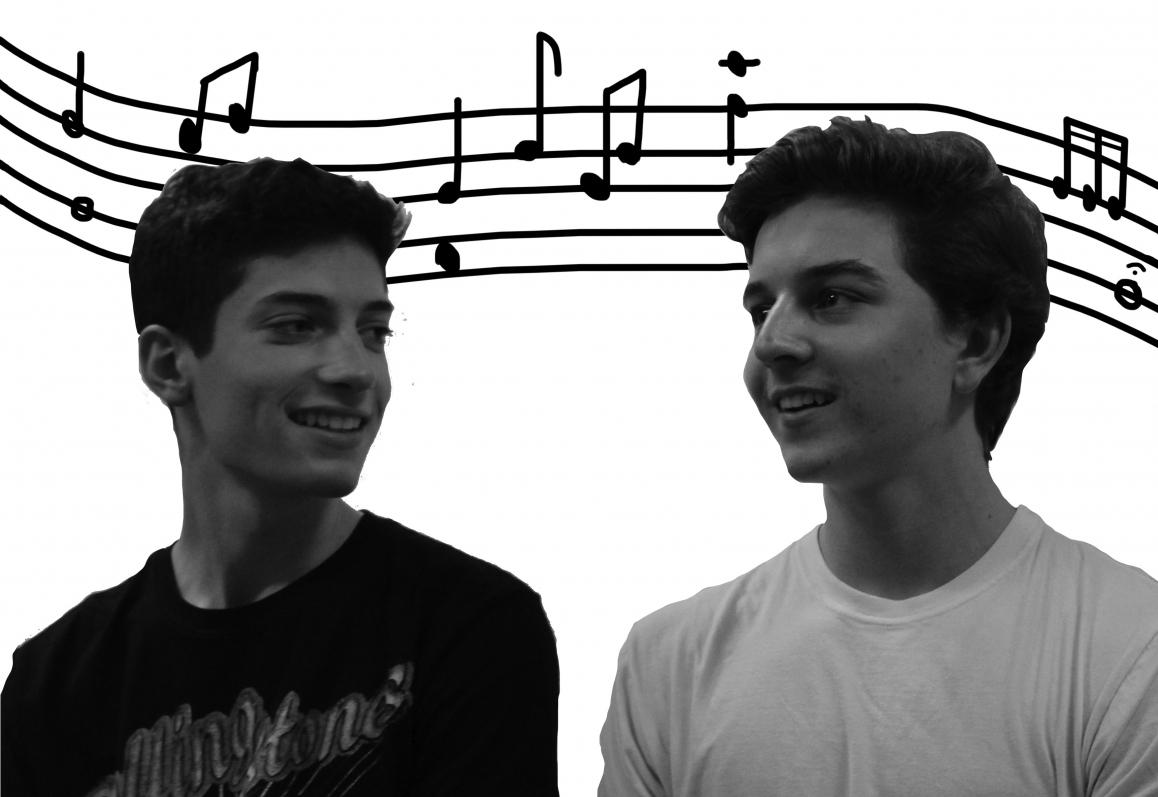 For Alan Moss and Tyler Furrier, both seniors at Palo Alto High School, music has always been something innately rooted in their identities. During their junior year, the two formed a musical duo called Attention Deficit and have been producing songs together ever since.

Moss and Furrier have been close friends since they met in choir class during freshman year. Both into music, the two bonded over arranging songs for their a cappella group, the Heartbreakers.

“We started with arranging a cappella songs together,” Moss says. “It just worked well, and we decided to just make a song.”

With that goal in mind, Moss and Furrier created Attention Deficit and began working on their first song, titled “Break Away.” Their goal is for the song to be released in December.

The pair began brainstorming, writing and composing the song in the summer of 2019 using the software Ableton Live, finally finishing it approximately three months later.

Uniquely, Moss and Furrier rarely disagree when working together on music, creating a collaborative dynamic between the two. Moss and Furrier’s previously existing friendship and musical chemistry allows them to create music they are both passionate about while being able to bounce ideas off each other with ease.

“I think the best part [of our partnership] is communication,” Moss says. “It was cool because we were friends before and it wasn’t like, ‘Hey, I don’t really know you, let’s make music.’”

The duo’s spontaneous air is reflected in their name, Attention Deficit, which is representative of their music-making process.

“We’re always coming up with new ideas, sometimes it’s hard to just focus on one certain idea … which is a strength, but also can distract us sometimes,” Moss says.

Even as children, music had always been a part of Moss and Furrier’s creative processes. Both constantly surrounded themselves with instruments and song lyrics from an early age. Furrier began taking private guitar lessons in elementary school and eventually joined the Frank S. Greene Jr. Middle School Mixed Choir at age 12, which further developed his passion for singing. Like Furrier, Moss has been singing for as long as he can remember.

“I always say, ‘You can’t work for creativity, you have to let creativity work for you.’”

“I was belting crappy Katy Perry pop songs around my house,” Moss says. “My parents were like, ‘This kid sucks right now, we need to get him some lessons.’”

Through music and voice lessons, Moss continued developing his love for music, growing more serious about creating songs in high school. Furrier was the one to introduce Moss to the world of producing, since he had been making music since middle school.

“I started to produce because I wanted to do something else besides just guitar,” Furrier says. “I would make a lot of EDM [Electronic Dance Music] stuff, but then as I got more into singing, I started to do more solo stuff.”

In third grade, Furrier took a short break from guitar lessons to focus more on lacrosse, but shortly after found himself drawn back into the world of music.

“I think that’s how you know when you truly love something,” Furrier says. “It’s when you come back to it.”

Although Attention Deficit’s debut song release has been delayed because of college applications, the pair hope to carve out more time for music in their schedules during second semester. While both Moss and Furrier plan to attend college, the duo hopes to continue the band after high school.

“Ideally, I’d want to do music but then also be doing something more profitable,” Furrier says, laughing. “It’s hard to live as an artist.”

“I want to integrate my passion for music and work, but not as a performer,” Moss says. “I could see myself working in the music business or working at a place like Spotify.”

The busker of Lytton: Keeping the blues alive in Palo Alto

Romaine calm and play on: An unlikely group finds their rhythm

Luc in the limelight