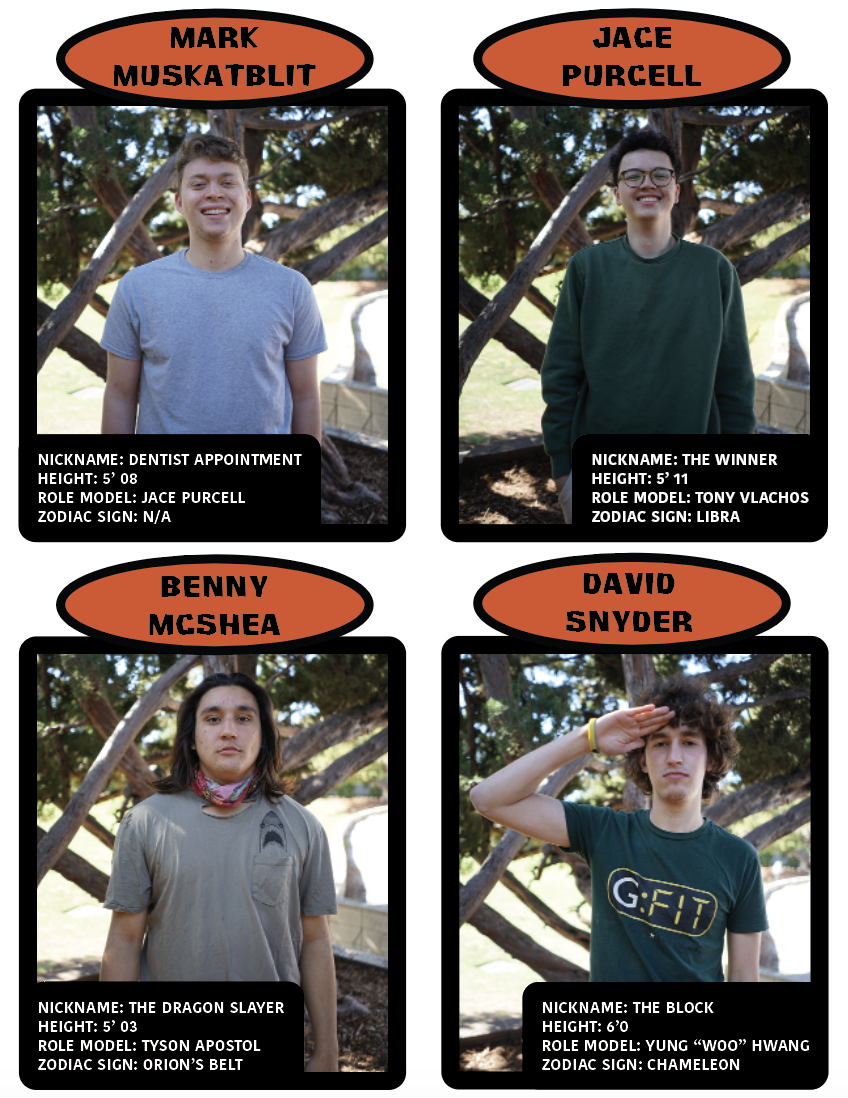 Who will survive?: An intro to the Paly team

“The challenge is on,” says Jeff Probst, the host of the hit reality-competition show “Survivor,” which has been airing on CBS since 2000. The show tests contestants on survival skills in an isolated environment through various challenges that can win them immunity for the vote at the end of each episode.

Student leaders at Palo Alto and Henry M. Gunn high schools have collaborated to create their own “Paly x Gunn Survivor” that began filming in March. Four students from Paly and four students from Gunn will be put through a series of challenges that test a range of skills from athleticism to teamwork to problem-solving. The contestants try to avoid getting voted out by their fellow contestants until the title of  “Sole Survivor” is won. The “Sole Survivor” earns a prize of $200 worth of anything that is school appropriate.

“I thought of the idea at the end of first semester because my family used to watch ‘Survivor’ a lot,” says Emma Lin, senior president of Associated Student Body at Paly.  “We are doing it with Gunn because in ‘Survivor’ they usually have an amount of tribes at the beginning that are categorized.”

The six weekly episodes of “Paly x Gunn Survivor” will begin airing on April 12 and can be found on the Class of 2021 Instagrams and the student leadership YouTube channels for both schools.

Both Paly ASB and Gunn Student Executive Council are putting in the work to make the production high quality entertainment and to ensure it is COVID safe. The contestants all wear masks and socially distance, while the challenges take place outside.

“I applied because I’ve been watching the show from a young age and consider myself a superfan.”

The Paly team, selected through an application process, consists of seniors Benny McShea, Mark Muskatblit, David Snyder and Jace Purcell. The application asked for a minute-long video responding to one of nine prompts or anything they would like to do to prove to the creators why they deserve to be on the show.

“I’ve been watching the show since a young age and consider myself a superfan,” McShea says. “Ultimately, I would like to go on the real show and win so I can get rich and famous.”

The contestants are thrilled to see what their filming days will bring and if they can win the title of “Sole Survivor.”

“I’m excited for the challenges,” Purcell says. “I don’t know what they are yet and I’m curious how ASB and SEC are going to pull them off in this format.”