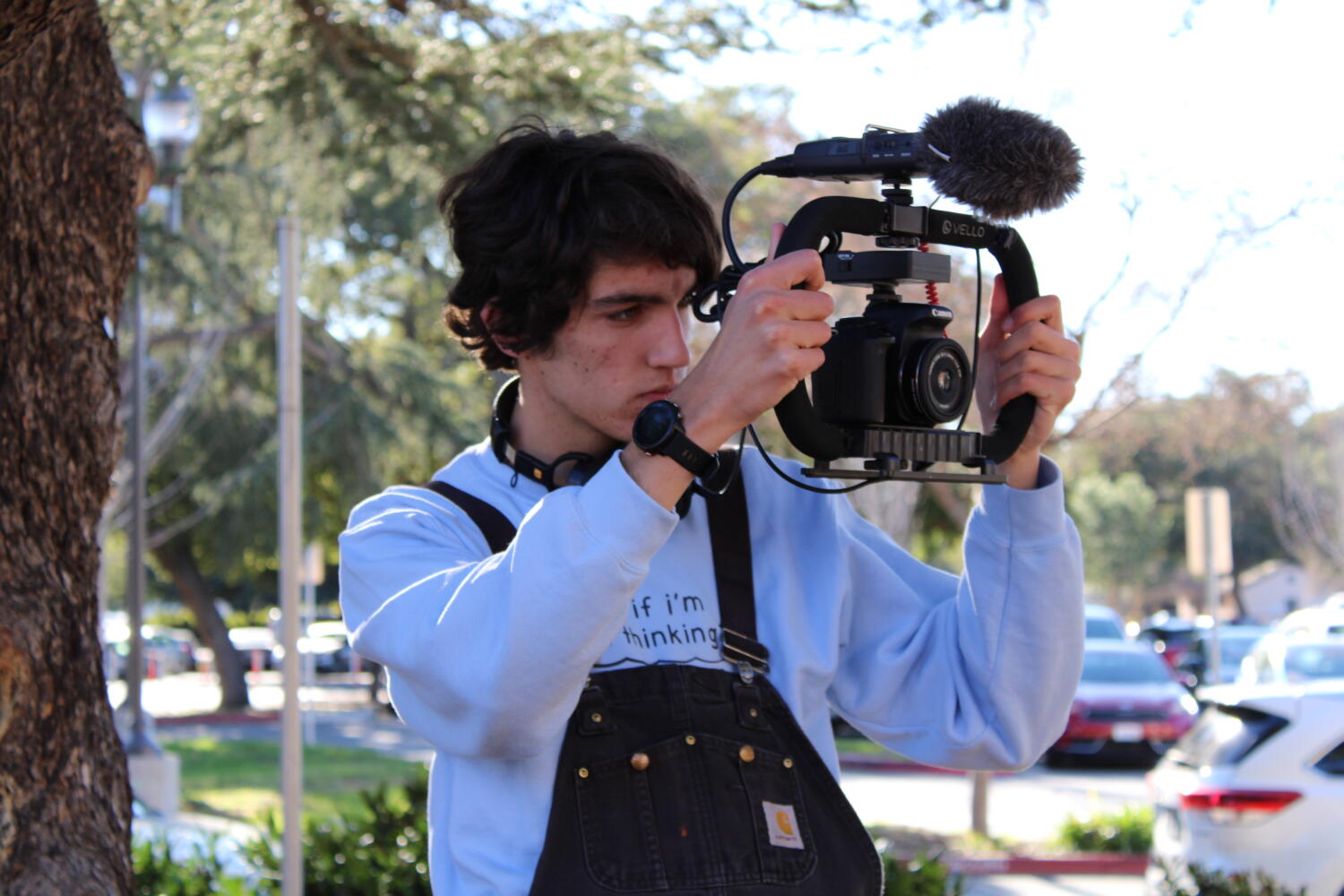 FILM FANATIC — Senior JT Bard takes a video with his camera, a piece of equipment that has enabled him to pursue his passion for video creation. “I think movies and film are the ultimate form of storytelling,” Bard said. Photo: Yash Shetty

Every couple of months a newly released blockbuster movie entrances the general population for weeks on end, before being taken over by the next big release. Yet despite the undeniable popularity of these films, the actual creation of them always seems to be located far away — in the depths of places like Hollywood — out of the general public’s view. A few Palo Alto High School student filmmakers are bringing this part of Hollywood to Palo Alto, each with their own unique style. 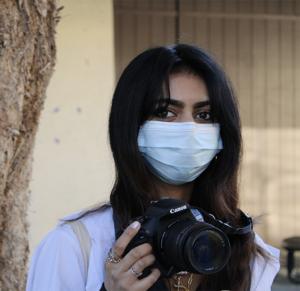 Senior Saniyah Syed started as a creative writer, utterly unaware of how she could apply this skill to the world of filmmaking. All that changed when she took video editing lessons at a local community center, where she caught the eye of a teacher who recommended she try out video production and writing for film.

Syed immediately clicked with the craft and began to experiment with different styles, before finally focusing on ‘narrative’ pieces.

“Right now I’m … doing narrative because I like to tell a certain story,” Syed said. “I’ve kind of experimented with horror, but that was really early on. … I like to experiment a lot.”

These narratives also allow Syed to create contemplative stories that force the viewer into a state of self-reflection.

“I usually take a psychological or philosophical approach [to filmmaking],” Syed said. “I want to spread a bigger message about a life lesson; I want someone who watches [my videos], to get a life lesson out of it.”

Syed has found that she can represent these life lessons through the real-world issues she sees around her.

“Right now I’m … doing narrative[s] because I like to tell a certain story. I’ve kind of experimented with horror, but that was really early on. … I like to experiment a lot.”

“I like to talk about social issues,” Syed said. “Recently, I did a film about substance abuse and childhood trauma, and how that affects how you perceive the world around you.”

When creating these pieces, Syed places a heavy emphasis on the post-filming editing process.

“I try to be as creative as possible and do different things each time for each module,” Syed said. “I try to get out of my comfort zone on editing, so maybe I’ll try to layer more sound effects than usual.” 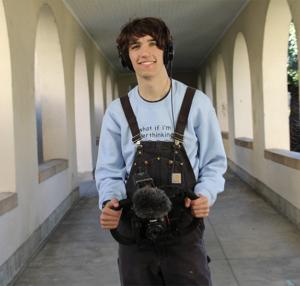 IMPACTFUL IDEAS — Bard often represents the issues he witnesses around him in his movies. “Most of the films that I like to make the most happen in the real world,” Bard said. “They’re about real people and the struggles they experience.” Photo: Yash Shetty

Senior JT Bard was first exposed to video creation on YouTube in the second grade, which prompted him to begin making films of his own. These videos sparked a love for filmmaking and directing, while simultaneously exposing Bard to different styles that he would later use as he began to pursue film more seriously.

“I usually get my friends to write and then I’ll be the main director,” Bard said. “I’ve never been a big idea guy. … I’m mostly a cinematographer and a visual person: I love editing.”

Bard’s work is heavily influenced by the media he sees around him. He often finds inspiration for his films from notable movies and directors — for example, Oscar-winning director Christopher Nolan — whose film quality he aims to replicate.

Bard wants his viewers to be moved by his films, which short films allow him to do while still remaining on a limited budget.

“I usually get my friends to write and then I’ll be the main director. I’ve never been a big idea guy. … I’m mostly a cinematographer and a visual person: I love editing.”

“I try to have … a more introspective kind of thing,” Bard said. “I like to make movies that make you think about yourself, your own psyche.”

Films like his 2019 personal narrative piece ‘Wandering’ — which won the 2021 Luminescence Student Film Festival — have a dystopian, dreamy feel that puts you in a pensive state. But despite his success with short films like ‘Wandering’, Bard hopes to transition to longer-length movies in the future.

“I’m planning on pursuing filmmaking as a career,” Bard said. “I would really like to be able to make my own feature films … and work on big projects.”

VIVID VIDEOGRAPHY — Junior Bennett Hardy zooms in on a shot for one of his upcoming films, “Searching for an answer.“ “I like to entertain my film buddies and students with my movies,” Hardy said. Photo: Yash Shetty

From the second his mom told him that a career in film was possible, junior Bennett Hardy became infatuated with the idea of being a filmmaker. He started making simple YouTube videos in third grade and has since evolved, now creating fully-formed films, ripe with proper editing, staging and directing.

Like Bard, Hardy’s films are inspired by the movies he watches recreationally.

“Whenever I see a really good movie, I build up some jealousy,” Hardy said. “I’m like, ‘Dang, I wish I could do that.”’

Instead of longer-length films, Hardy has opted to focus his efforts on shorts that serve to depict the struggles and messages he sees around him. But, contrary to many short films — which direct a message at their viewer — Hardy likes to present a narrative that his viewer can then take what they want from.

“For my first few movies I tried to spread the idea of trying hard and staying off devices,” Hardy said. “But now I try to make stories where characters change and focus on a character-driven story rather than push my ideas onto people.”

“Whenever I see a really good movie, I build up some jealousy, I’m like, ‘Dang, I wish I could do that.‘”

Film is now a major part of Hardy’s life, and has become something that he knows will continue with him in the future.

“I don’t know what … role I’ll be in the film industry, but I know I’m going to be right there when they say action,” Hardy said. “That’s my dream. I just want to be there when they’re making it. I wanna be a part of something that’s bigger than me.”