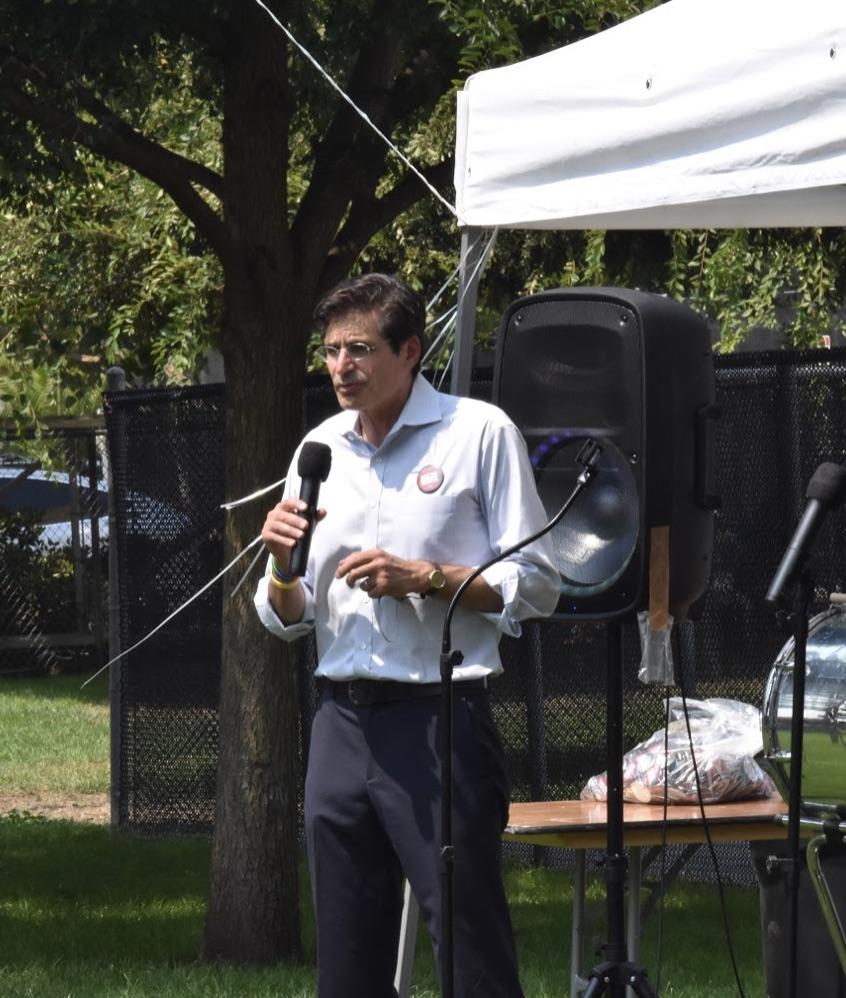 Up & Running: Newsom fights to remain Governor as Palo Altans weigh in

With only two days before California Governor Gavin Newsom is set to face a politically contentious recall election, many Palo Altans continue to support Newsom against his largely Republican challengers while reflecting on his mistakes.

“I like him as a governor, he’s doing a good job,” junior Maya Perez said. “If they have a new person [in office], it’ll be a lot worse with COVID and everything.”

“He has done a relatively good job of managing the situation and locking down early compared to other states,” Signorello-Katz said.

“Newsom has been very progressive…helping to ensure equity and equality for all California,” Signorello-Katz said. “People like Larry Elder and others have been vocally against the LGBTQ+ community and have actively tried to harm those groups.”

“[Larry Elder] stands for basically every single policy measure that I stand against. Thinking that someone like him would replace Gavin Newsom as the governor of California is really, really scary.”

“Larry Elder is the one who’s leading in the polls right now,” Signorello-Katz said. “He stands for basically every single policy measure that I stand against. Thinking that someone like him would replace Gavin Newsom as the governor of California is really, really scary.”

Junior Daniel Garepis-Holland also supports Newsom mainly because other candidates do not align with his beliefs.

“You have Larry Elder, who doesn’t think there should be a minimum wage in California, which I think is completely absurd,” Garepis-Holland said. “[He] doesn’t believe in masking, doesn’t support COVID-19 restrictions to keep us safe, doesn’t support criminal justice reform…doesn’t support Black Lives Matter and social justice movements, [and] generally just has completely absurd policies. And even aside from him, you see other candidates like Caitlyn Jenner, [who is] a celebrity who is not only Republican but just not qualified for politics.”

While support for Newsom remains high, many disagreed with Newsom’s decision to dine indoors at the French Laundry on Nov. 6, 2020, despite his recent mask mandate and indoor dining ban. According to the Associated Press, this event allowed the recall campaign to take off and gain many new signatures. One of the people disappointed by the scandal was Palo Alto City Council council member Greer Stone.

Signorello-Katz was similarly frustrated with Newsom’s decision to visit the French Laundry.

“I just found that incident [the French Laundry scandal] to be so ignorant, especially after the direction he has given that it’s extraordinarily dangerous to eat inside,” Signorello-Katz said.

Perez said she fully supported Newsom, including during the French Laundry scandal.

“I didn’t think it was that big of a deal because it was a special event,” Perez said. “A lot of people are going to spin it [and say] he’s a liar or a hypocrite, but he’s a human being too… it just looks bad.”

Perez supported Newsom’s policies to lock down the state and mandate vaccinations for teachers. She felt that Newsom had done his best to control the pandemic and said that given the legal ability, she would have voted “no” on the recall, securing Newsom another year in office.

“I don’t like looking at a lot of the candidates,” Perez said. “I know that the alternatives if he were to get recalled are like 40 people who are random, a lot of people like Caitlyn Jenner… I don’t really know about any other politicians who are running for governor.”

Ultimately, Stone said he believes that Governor Newsom’s recall represents the polarization of politics in California and is “an affront to democracy.”

“I think we’ve moved past the point of politics… being a tool to help people and to address the nation’s or the state’s problems…to just being a system of party politics and getting ahead of others at any cost,” Stone said.

Stone said he fears for the future of California’s democratic process given the partisan ease of inducing a recall with a relatively small amount of votes.

“I would imagine if we don’t change the system, we are just going to see this [recall election] as a back and forth now that we’re in this hyper-partisan landscape,” Stone said. “I think we’re in a constitutional emergency here.”