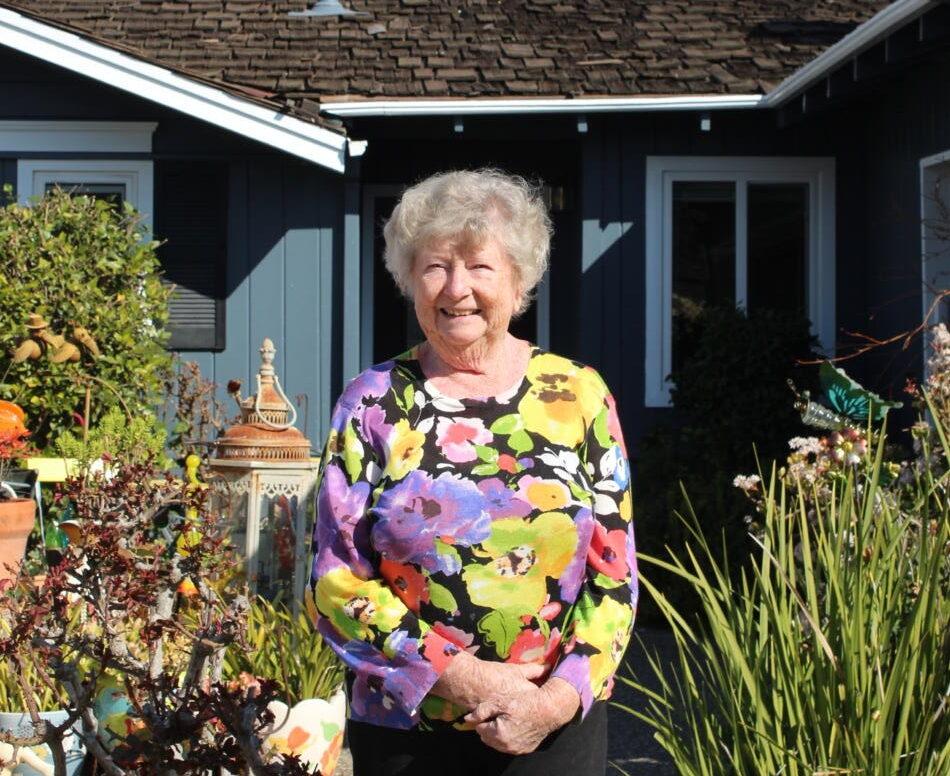 HOME IS WHERE THE HEART IS — Rena Jardine walks through the front garden of the house that her daughter, Ariane Erickson, and granddaughter, Rowan Erickson, both cite as an important part of their past. To Jardine, Palo Alto is a welcoming place with many different kinds of people, places, and opportunities. “All of the facilities that you could want seem to be here,” Jardine said. “It’s really a good place to live.” Photo: Anushe Irani

Centered around community: What does it mean to be a Palo Altan?

The sun shines brightly above the plant-filled backyard, almost as brightly as Rena Jardine’s smile as she recounts a story about nights spent in Palo Alto drive-in theaters, where her teenaged daughter and son would lie in the back of their family’s station wagon, watching a movie on the big screen.

“They had play areas for the kids, and we’d stay in the car while the kids would go to the play area,” Jardine recounts, a wistful air to her voice. “There was a big metal mic that would come down, and you’d have to keep the window open a little so it was always cold. I remember some teenagers would sneak their buddies in their trunk because you had to pay for every person in the car.”

For many, Palo Alto is largely known as a hub of wealth and all things modern, but for others, like the Erickson family — who have lived here for three generations — it’s a place of tradition, like nights at the drive-in, of family and of home.

The question of “what it means to be a Palo Altan” is a difficult one. To answer it, we spoke with a handful of long-time Palo Altans, including three women from different generations of the same family. This is what they had to say.

Jardine, who moved to Palo Alto in 1963, said the city struck her immediately as a diverse, growing community.

“It’s very cosmopolitan,” Jardine said. “That’s what I liked about it when I first came here. There are places in America where people haven’t been more than ten miles from where they live, so they’re very closed-minded in their thinking, but Palo Alto has so many foreigners and people who’ve seen what happens in other places, so they have an appreciation for how good people have it here.”

“People here travel, and they read a lot, and they’re educated. They know what the rest of the world looks like.”

After moving from Scotland, Jardine and her husband raised their two children, Ariane and Bruce, in a house that originally cost them only $40,000. Her children grew up attending local schools within the Palo Alto Unified School District, which, even then, had a reputation of excellence.

“We just knew that it [Palo Alto] was well known to be a good place for your kids to go to school,” Jardine said. “The school district was very good, the teachers were very good, and a lot of mothers didn’t work, so parents were very involved.”

Overall, Jardine feels that what has always made Palo Alto special is the people who live here, and says that she is glad to live in a community full of educated, like-minded individuals.

“When my dad used to visit here from Scotland, he’d tell us: ‘The people there [in Palo Alto] are so friendly,’” Jardine said. “People here travel, and they read a lot, and they’re educated. They know what the rest of the world looks like.”

Palo Alto High School teacher Mary Sano was born in Palo Alto, and grew up attending local schools, spending time with friends and learning from the political activism of her parents.

Stanford, and draft card burnings,” Sano said. “A lot of my growing up years are defined by politically what

was going on those years, which made for a really dynamic community of interesting people.”

After living in Hawaii for a few years, Sano returned to Palo Alto, where she first observed the rise of technology and wealth in her hometown.

“I didn’t notice that Silicon Valley thing until I moved back here after living in Hawaii,” Sano said. “I remember noticing the level of cars that were driving around town, and that shift of seeing the opulence more.”

Despite this change, Sano feels that the heart of Palo Alto has remained the same, even if the rise of Silicon Valley has influenced its reputation.

“I love living and working in this town, and some of what I did grow up with as far as community and activism and people who care about things is still here, but I feel like it’s harder to see,” Sano said.

Unlike Sano, Erickson did not grow up in a politically active environment. However, she says she feels that being a Palo Altan means that she is surrounded by a strong community of people who share her core values.

“I’m proud and happy, and I feel fortunate to live in Palo Alto, especially with the current political climate,” Erickson said. “I always call Palo Alto a bubble within a bubble within a bubble, and right now, in terms of COVID and the political polarization, I’m glad I’m on this side of the spectrum. I feel as though I’m living in a place where people share my values and the same logical thinking as I do, as well as a respect for science and concern for the environment.”

Paly senior Rowan Erickson, daughter of Ariane Erickson and granddaughter of Rena Jardine, agrees that Palo Alto is a city of advocacy and has made her a more inclusive person.

“Internally, being a Palo Altan makes me feel a sense of pride because this community is so progressive and open-minded,” Erickson said.

Like her mother, Erickson believes that living in Palo Alto has directly impacted her personality and core values.

“I feel a sense of belonging in this community because we are all like-minded and share my values,” Erickson said.

For Greene Middle School eighth-grader Evanllelyn Sanchez Vargas, living in Palo Alto has given her access to more resources and opportunities that she might not have had otherwise.

“I feel like most people define it [being a Palo Altan] by money, but for me, coming from a low-income family, it means more,” Sanchez Vargas said. “For my parents, it means that their kids have been able to have the opportunities they never got to have.” 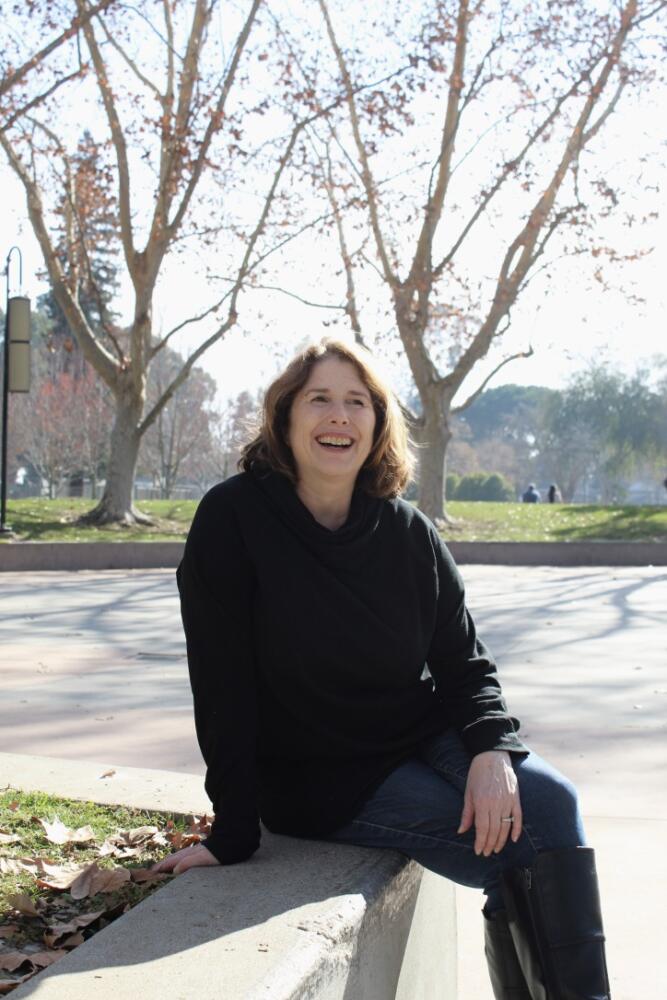 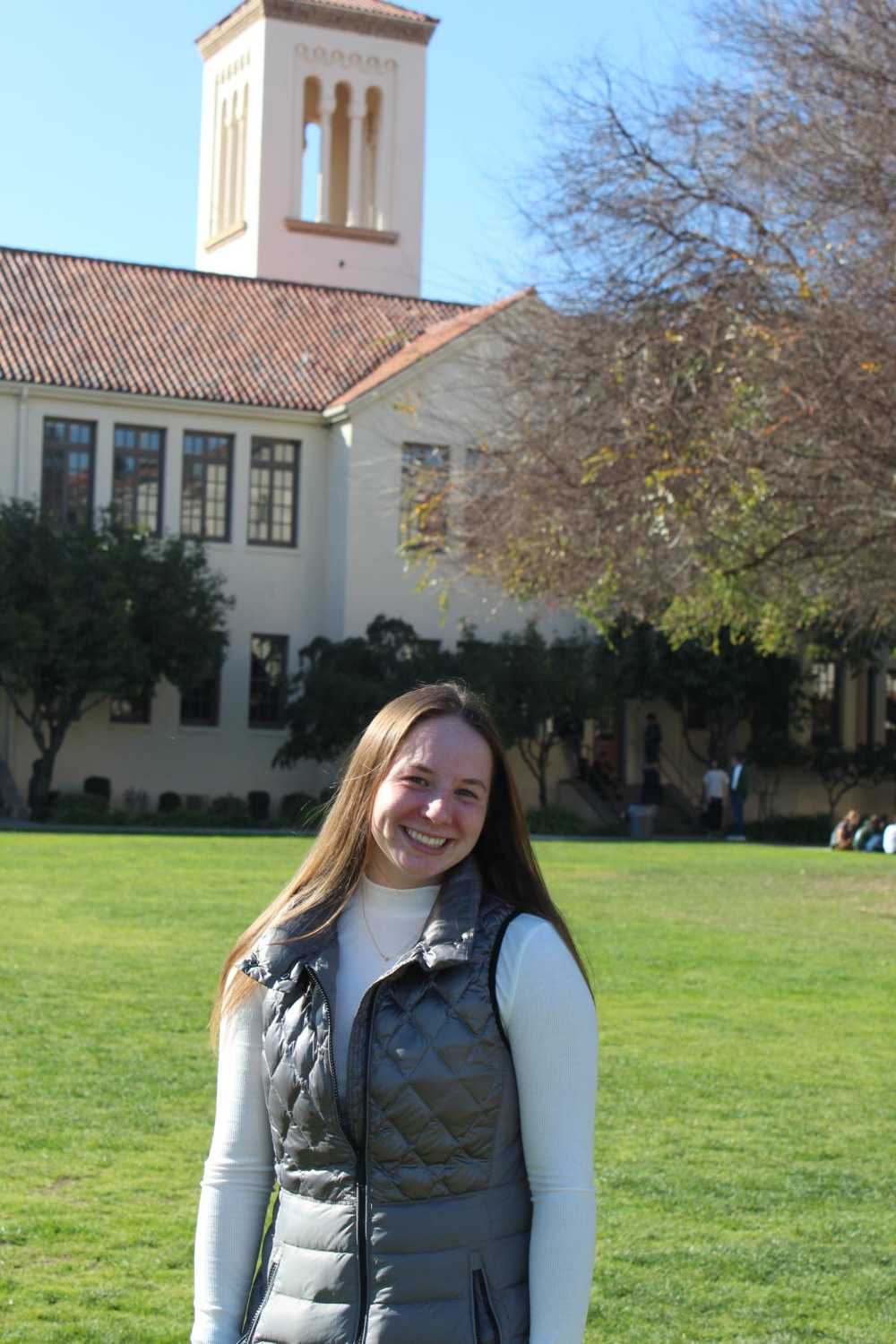