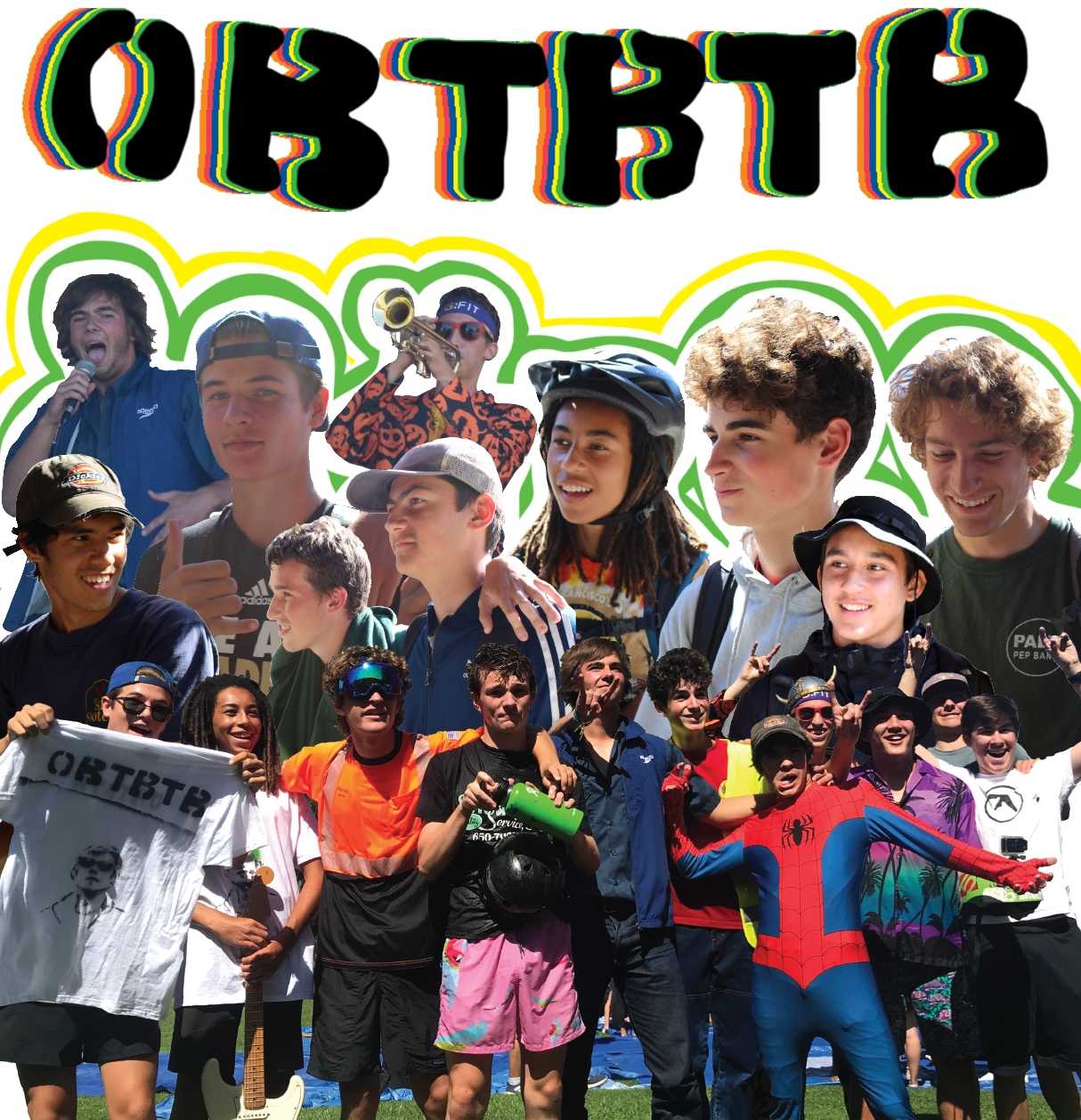 The original Oscar’s Band was formed by Paly graduate Oscar Scherer and his friends. Soon, the band made a name for itself, with stunts ranging from hitting a deli meat slicer to playing a didgeridoo.

“They revolutionized what it meant to be a band and created an environment of inclusivity, spontaneity and jams,”  alumna Angie Cummings says.

In the same vein as Oscar’s Band, OBTB, founded in 2018, cultivated a similar sort of following, many students making a point of attending their performances for silly costumes and slip-n-slide action. They performed at events outside of school as well, once even putting on a show at Henry M. Gunn High School campus for a prom proposal. Alas, the students of OBTB graduated, and amidst the grief of yet another loss of a wonderful student band, a valiant group of friends has stood up to fill the void.

“It’s all about the friendship,” Rice says.

Washburn has a longer history with OBTB than the majority of his friends, having been a member of OBTB alongside his older brother, Lucas Washburn.

The commitment to tradition is evident — they are already looking for underclassmen to succeed them.

“It’s a tradition,” Snyder says. “Paly without Oscar’s Band is like Paly without school.”

It iss clear from their first performance of the year at Quadside Lands in late September that OBTBTB is ready to take spirit to the max. Decked out in construction vests, Halloween costumes, ski goggles and helmets, the boys dove into covers of “Low Rider” by War, “Hey Joe” by Jimi Hendrix and “Are You Gonna Be My Girl” by Jet. With a plethora of instruments, including two drum sets, a trumpet and a guitar, OBTBTB jammed while sliding on a slip-n-slide and having push-up competitions.

The third generation of Oscar’s legacy is not worried about living up to past Oscar’s Band and OBTB performances, and are instead focused on enjoying their time playing together.

While the group was happy with their first performance overall, they are already thinking about the future.

“I think it went well, but it also could have been better,” Wingard says.

Even with technical failures including a miwcrophone volume error and unforeseen complications such as the whipped cream they planned to use being stolen, OBTBTB was still able to provide a high energy set regardless.

“No doubt it’s getting bigger and better from here,” McShea says. “To give you a taste: panini maker on stage.”

OBTBTB has the potential to create its own following, and to take the band in an original direction while also paying homage to their predecesors. With a year’s worth of OBTBTB performances to look forward to, the future of Paly music is looking bright and lively.

“It gives us a lot to look forward to,” Greicius says. “We love it.”

Romaine calm and play on: An unlikely group finds their rhythm

The busker of Lytton: Keeping the blues alive in Palo Alto