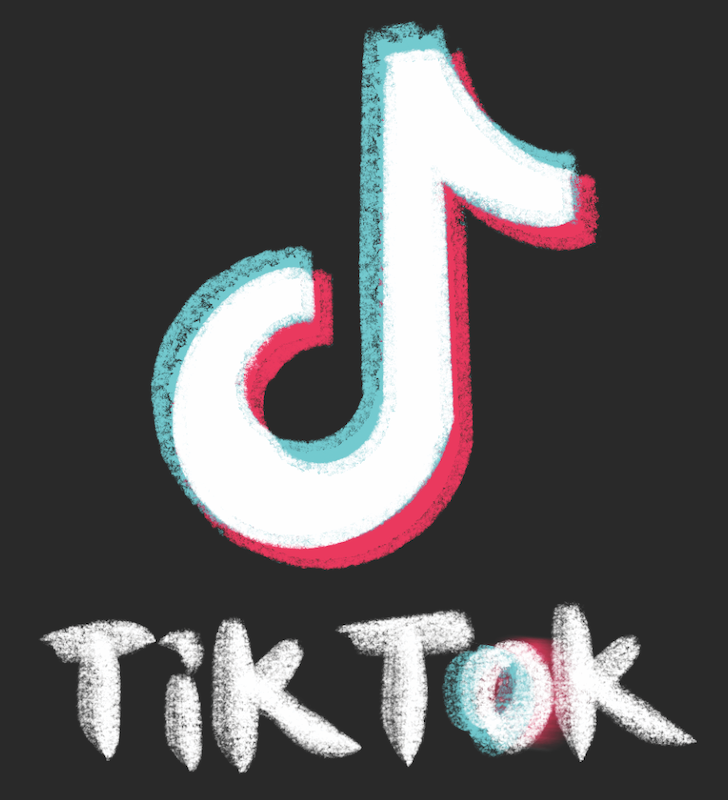 “Why you so obsessed with me,” Palo Alto High School junior Victoria Soulodre hums to herself as she records another take for her next video she plans to upload on social media platform TikTok. Her goal for the video is for it to receive tens of thousands of views and likes in order to maintain her growing following.

It’s no secret that Generation Z kids are obsessed with accumulating attention on social media. TikTok, previously named Musical.ly, is an iOS and Android video application created for users to watch and create a multitude of videos ranging from lip-syncs to comedy pieces. Similar to Instagram, TikTok has an algorithmically generated feed of videos that automatically refreshes anytime a user opens the app. Recently, TikTok has taken the internet by storm with 180 million downloads in 155 countries and a 70% increase in downloads over the past year.

TikTok’s abrupt rise in popularity has created a new battleground in the long-debated issue of social media addiction, which is extremely relevant in the heart of Silicon Valley. Both Palo Alto High School and Henry M. Gunn High School are ranked among the top public high schools in the state. These schools have a reputation of success while also compounding the stress from the competitive aura that Silicon Valley holds. Many anxious students look for opportunities to release tension and stress, and TikTok gives them an outlet to take a quick break to make a fun video with friends.

Similar to other social media platforms, TikTok serves users of all ages, but their primary consumers are teens and young adults. People from all over the world share, create, and laugh over these 15-second videos, making TikTok a platform where people can bond and connect with each other.

“It’s [TikTok] a platform where you can just have fun and joke around,” Soulodre said.

Occasionally, creators of these short videos are awarded massive amounts of recognition for posting content that appeals to TikTok’s general audience. A video’s popularity on TikTok is purely dependant on the users of the app. If someone watches a video that they enjoy, they can like, comment and share, which makes it show up more on the For You Pages worldwide.

If a generally popular producer has enough followers and likes, it’s possible they can even make money for videos that they post, which is the goal of TikTok creators.

TikTok can be seen as a stress-relief outlet for many of its users, however, this brings to light the issue of social media addiction.

Taking a break from work is a necessary part of studying, but “short breaks” can turn into hours spent making and watching TikToks.

Junior Lulu Gaither uses her experience in order to warn against excessive TikTok use.

“You just keep scrolling then you realize you’ve been watching videos for an hour and a half, “Gaither said.

Many students who use the app are starting to notice the distraction that TikTok brings when it comes to being productive.

“I’ll have to put my phone away while doing homework because, if not, I’ll open the app and just start scrolling through it. And then you just get sucked in and time passes super quickly while you’re on it,” Soulodre said.

These anecdotes support the idea that social media and technology in general is hurting our generation.

You just keep scrolling then you realize you’ve been watching videos for an hour and a half.”

Ever since Soulodre gained online popularity, her need to appeal to her larger audience has grown as well.

There are many TikTok stars who fall off and in order to maintain her follower and like count, she has to think carefully about what she is posting.

“For me it started off as posting in order to make my friends laugh and so we could laugh at each other and just make fun of it,” Soulodre said. “But then it started gaining an audience and then that’s when I started thinking that I had to make them laugh too.”

People from all around the world have downloaded TikTok as a way to connect with others. The platform, however, can also turn into an unhealthy social media habit.

“TikTok gives me an outlet to take a break from my stressful life, but at times it can feel like I’m getting sucked into the digital world,” Gaither said. 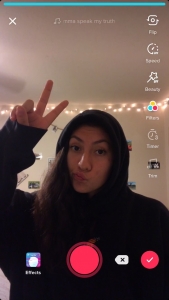 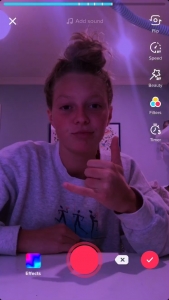 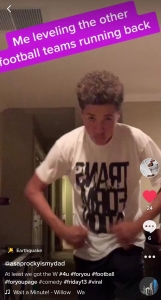 The sham of Instagram: Social media’s impact on perfectionism