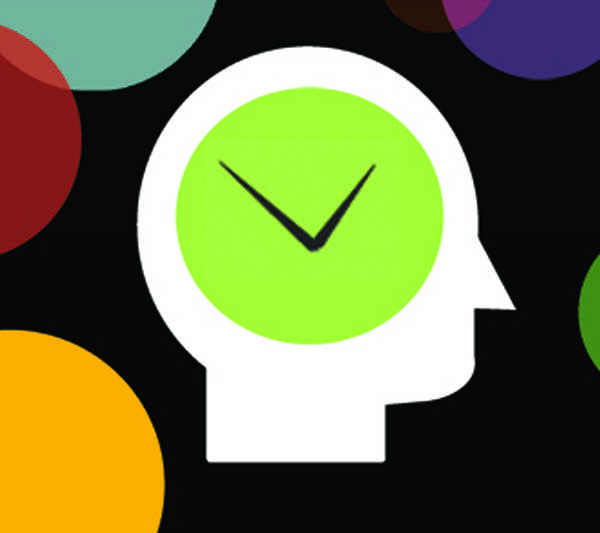 “All the essays we’d do, I would kind of write the night before, and it became this kind of monthly thing,” says Weitzman, now a senior at Palo Alto High School. “It seemed to work every time for me — except for when we came up to the end of the year.”

Weitzman sat down to write the essay after dinner, but was distracted by Facebook and other websites. With the temptation of a rapidly approaching summer break and waning motivation to write the last essay of the year, after five hours of procrastination, Weitzman had a choice: throw caution to the wind and follow Drake’s motto or spend time writing up a passable essay.

Today’s generation is familiar with Weitzman’s situation: with cat GIFs and social media sites only a click away, “I’ll do it later” becomes easier and easier to say. Rare is the student who can resist the siren calls of the Internet in favor of completing his or her homework.

Stanford Ph.D. student Daniel Newark has studied indecision and how it relates to procrastination. According to Newark, technology has made procrastination easier than ever.

“There have always been distractions and diversions and things that people could do if they wanted to procrastinate,” Newark says. “Technology makes it easier to have something readily accessible to procrastinate with.”

Today’s generation finds smart phones and computers more common than ever and when finally convinced to abandon the enthralling activity of decomposing partial fractions, students enter the deadly realm of the ProcrastiNation.

The ProcrastiNation (a concept of my own devise) consists of people who have succumbed to the lifestyle of daytime web-surfing turned 3 a.m. bedtimes. Whether it be Tumblr, YouTube, or Twitter — pick your poison — the ProcrastiNation doesn’t judge.

But citizens of the ProcrastiNation must deal with the real world, where over-employment rates and competitive college acceptances pressure students to be academically successful. This call for productivity is continuously challenged by the advancement of technology.

According to iOS news website 148Apps.biz, as of Jan. 20, the Apple Application Store alone has 185,815 games available for download, or 185,815 different ways to put off that AP U.S. History reading. With more smart devices entering the market, avoiding homework has become easier than ever.

Paly chemistry teacher Kelli Hagen has been teaching for more than 20 years and has observed an evolution of procrastination among students.

“I think that the biggest change that I’ve seen since I’ve started teaching to now, is social media and the way that it has kind of taken over [students’] lives,” Hagen says.

With endless newsfeeds, instant messaging, and increasing ways to interact with others, social media websites serve as popular vehicles for procrastination. However, the procrastination is user-driven, as students initiate conversations and activity in order to avoid homework. This attitude generates a culture in which procrastination is not only accepted, but expected from peers.

The pro-procrastination attitude could be the result of students wanting to feel better about themselves by dragging others into their productivity slump. It could also increase to the point of students expecting others to procrastinate in order to fit in.

“It [the attitude] definitely makes it [procrastinating] feel more acceptable,” Weitzman says. “It’s just a social kind of thing, where everyone procrastinates, so it’s okay.”

Newark believes the accepting attitude may even cause students to overemphasize procrastinating.

“It [the attitude] might also lead people to exaggerate their procrastination if you feel you’re going to stress people out by talking about how much you worked,” Newark says. “You’re more inclined to pretend that you worked less.”

If it is acceptance teens seek by encouraging procrastination among one another, they have succeeded. But meeting social expectations doesn’t necessarily relieve the resulting stress.

“It’s a sap on time and energy,” Weitzman says. “I think it’s very easy to fall into a procrastination cycle. It starts with just, you know, ‘Oh I’ll do this a little bit later,’ ‘I’ll do this after dinner,’ and you’ll start getting more desperate and like, more extreme. So you start waking up early to do your homework, but then you’re too tired to do that. And the more you get away with it, the more it prompts you to do it.”

Hagen believes students are capable of managing their work despite procrastination.

Weitzman and Hagen’s cycle theories are supported by science. It is natural to assume that along with a lack of sleep, procrastination also results in an increase of stress as students finish assignments closer and closer to their deadlines. Stanford speaker and psychologist Kelly McGonigal’s TED Talk,“How To Make Stress Your Friend,” provides reasoning that stress can lead to further procrastination.

One of the most underappreciated concepts of the stress response, according to McGonigal, is that stress encourages social activity through the release of the stress hormone oxytocin.

According to McGonigal, oxytocin controls the brain’s social instincts and encourages activity that strengthens close relationships. It also enhances empathy and the will to help and support others.

“When oxytocin is released in the stress response, it is motivating you to seek support,” McGonigal says in her TED talk.

McGonigal’s claims provide a scientific basis for procrastination culture. If an effect of stress is socialization, then stress can lead to procrastination through social media.

The home of these users? My very own ProcrastiNation.

Sophomore Weitzman, at 2 a.m., is definitely a part of it.

“I wrote a paragraph of summary, wrote #YOLO,” Weitzman says. “It worked out in the end, and I rewrote the essay.”

But 2012 Weitzman didn’t know that, and those who are or will be in his position don’t have the guarantee of being able to rewrite an essay. Such is the nature of ProcrastiNation membership: simple to obtain, but the price? Well, you’ll pay it later.