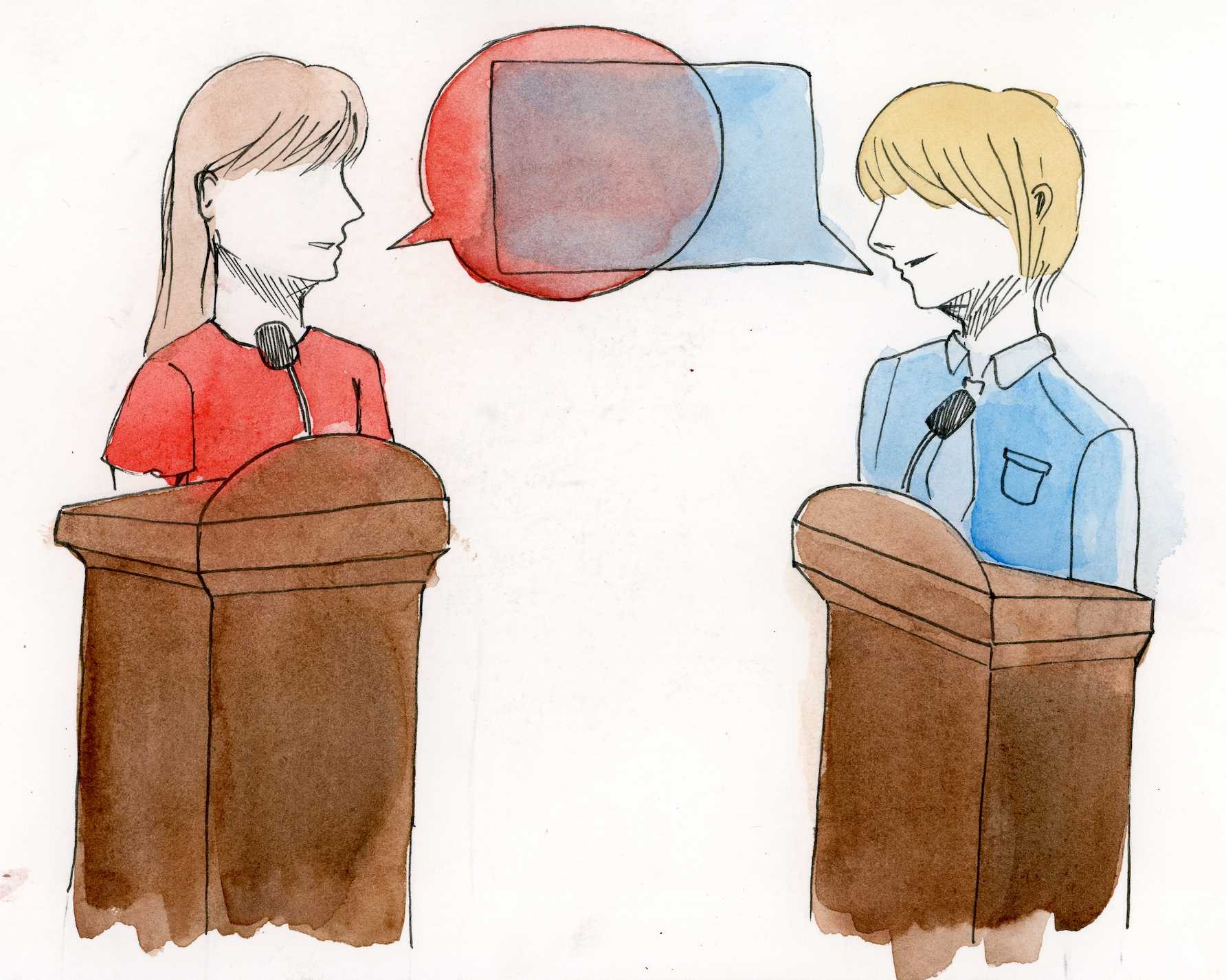 The place for debate: It is time to argue in the classroom

In our polarized world, where politics have been more divisive than ever before, debate is the cornerstone of order and progress. Yet students are not getting the practice they need at arguing face to face.

I know this firsthand from observing students who are  not yet prepared to have a debate with me. Often, when I want to disagree or prove my point, I am met with anger and frustration from people who take my desire to argue personally.

This is an issue that stems from our English and Social Studies curricula not placing enough emphasis on verbal argumentation, and the solution is simple: including Lincoln-Douglas debate in the curricula.

Often, when I want to disagree or prove my point, I am met with anger and frustration from people who take my desire to argue personally.

Lincoln-Douglas debate, or LD, is a one-on-one debate format that originated from the 1858 Senatorial debates between Abraham Lincoln and Stephen Douglas, centering on broad philosophical questions about society.

This meta-thinking is, in many ways, similar to the type of analysis present in Social Studies and English classes.

Were debate not just an extra-curricular, but a central tenet of these classes, students would be able to comfortably assert their opinions in conversations with others — a skill crucial for the world that lies ahead.

I can attest from my own experience that participating in formal, structured debate has given me the confidence not to be afraid of argumentation and to embrace it instead.

An October and November Verde Magazine survey of 157 students across Palo Alto High School English classes showed that only 52% of students said that they have been taught to debate face-to-face with others in a classroom setting.

“It [Lincoln-Douglas debate] teaches more soft skills, how to work as a team, how to win humbly, how to lose gracefully, how to get kicked around and not have your self-esteem suffer.”

California Common Core Standards do not explicitly include debate, but they do mention argumentation in a more abstract way.

“According to the Common Core standards, there is a section for ‘Speaking and Listening,’ and this is an area a teacher could have students practicing debate skills,” Paly Social Studies teacher and Instructional Leader Jaclyn Edwards said.

While the possibility for more practice with LD certainly exists, the reality falls far short of this, leading to students missing out on many skills.

“It [LD] teaches more soft skills,” Paly Speech and Debate Director Jennie Savage said. “How to work as a team, how to win humbly, how to lose gracefully, how to get kicked around and not have your self-esteem suffer.”

The reality is simple: Debate is under taught. And students are missing out on the skills learned and the real-world benefit that they would get from learning it. LD delivers these skills, and because of that must be given a larger share of time in English and Social Studies classes.

Portal to perspectives: Learning to be color brave