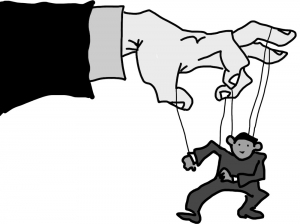 My Living Skills class junior year remains one of the single most entertaining and engaging classes I’ve taken at Palo Alto High School. Not that I found learning about various types of birth control or giving a third-grade-esque presentation about myself particularly enthralling, but almost every day we had fascinating discussions about various social and political issues — from abortion to xenophobia. Most members of our class participated, including our teacher, whose outspokenness and willingness to share her personal opinions I found refreshing.

During one of these discussions, one usually vocal student remained silent. When I asked him why he didn’t participate, he responded that he needed the class to graduate and was worried he may not receive the grade he needed because he often expressed views that were contrary to those of our teacher.

At first, I dismissed his comment — after all, no teacher I knew of would fail a student because they had differing opinions. I thought it was fascinating and humanizing to have a teacher passionately share their beliefs with students. But I soon realized that it didn’t matter whether she would actually fail him. It didn’t matter that I thought her views were interesting. What mattered was that there were students in the class who didn’t feel comfortable voicing opinions that deviated from those of the teacher.

Teachers occupy a unique position of power over high schoolers, whose identities, beliefs and opinions are often still developing. When teachers express their political beliefs to students, they risk abusing their power — however inadvertently this may be. Teachers control things that are of great consequence to high schoolers, and so when they share opinions in the classroom, they unwittingly create an environment that inherently quells dissent and silences the voices of students with diverging viewpoints.

In our increasingly polarized political climate, candid discourse in school is of vital importance. In the classroom, however, a teacher’s role should be to foster that discourse, to encourage the exchange of ideas and to ensure that their classroom is a safe space for everyone by maintaining neutrality. 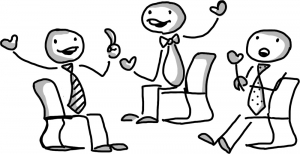 What I remember most from the day after the 2016 presidential election is my first period class. Instead of awkwardly pushing through the usual daily routine, the teacher asked us to sit in a circle and invited us to share our gut reactions to the election results. What still strikes me is how upfront and candid the invitation was, and how openly people shared their perspectives — including the teacher. These kinds of respectful discussions are more crucial now than ever, and Palo Alto High School teachers should be able to participate in them rather than shy away out of fear of being biased.

The belief that teachers should maintain neutrality to avoid influencing the impressionable minds of their teenage students is a long-held one. But times are changing. Amid increasing political polarization, remaining informed and articulating opinions becomes the norm, while neutrality can become equated to apathy. Excluding teachers from the debate is unrepresentative and prevents students from both gaining a full perspective and developing the courage to express their own views.

After all, teachers are people too, with personal biases and opinions about current events. What, then, is the point of maintaining a pretense of neutrality? If the answer is to protect us, I believe we should reconsider our policy. Eventually — especially upon leaving the left-leaning Bay Area — students will be confronted with views which will often differ from their own, and they alone will be left to navigate challenging debates. Of course, there’s a fine line between gently sharing views and indoctrination, but by high school, most should have enough poise to not be swayed by a single opinion. If teachers treat students like intellectually mature adults, sharing and dissecting their own biases, they will better prepare students for life beyond Paly.

Perhaps even more crucial is life within high school — a transformative time when many students find identities outside their homes and form views on the world around them. Sometimes, however, innocent, ill-informed debates between friends turn into echo chambers as students yield to a popular opinion to avoid confrontation. To make these debates more meaningful and productive, it’s crucial for students to be exposed to the opinions of adults that are not part of one’s own inner circle.