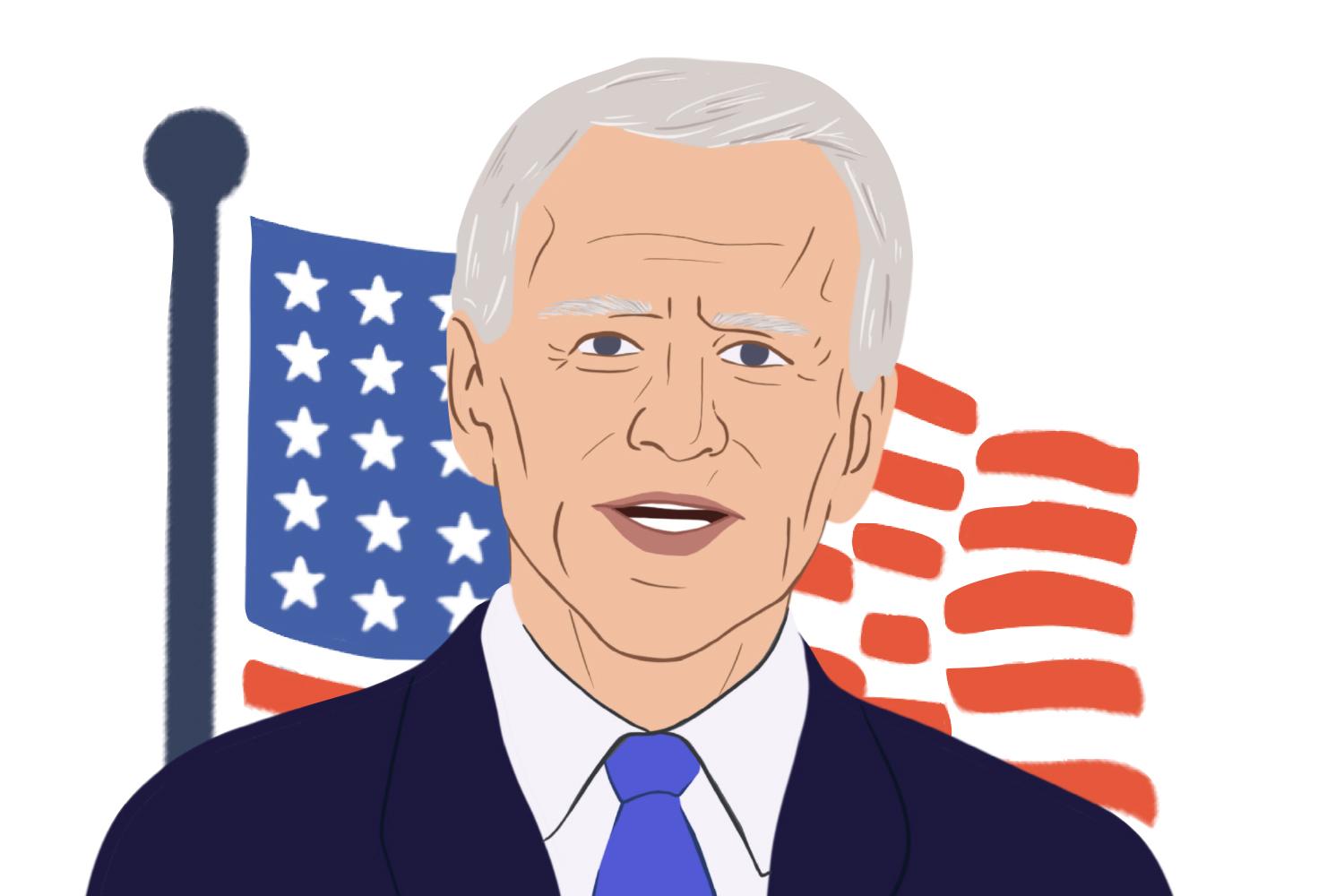 Standing at the top of the Capitol building steps, President Joe Biden places his left hand on his family’s bible and raises his right hand, preparing to take the oath swearing him into the office of the president of the United States. With the presence of masks and the absence of spectating crowds, Biden’s inauguration proved to be a remarkably unconventional transition of power.

As Biden starts his presidential term, Verde reached out to select left-leaning student activists at Palo Alto High School to explore their hopes for the years to come.

Senior Michaela Seah was relieved by Biden’s win, yet disapproves of his politics. She started the Leftist’s Club when she felt like her views were not represented at the broader Democrats Club.

“The Democrats do not represent the left at all,” Seah says. “To me, they’re just a moderate version of the right. They’re just not bold enough.”

As an Asian member of the LGBTQ+ community, Seah realized that the standards of the Democratic Party were very different than her own. She does not believe that the Democrats’ goals of compromising help protect the rights and safety of minorities.

“The Democrats do not represent the left at all. To me, they’re just a moderate version of the right. They’re just not bold enough.”

“They [Democrats] always talk about having unity with Republicans,” Seah says. “But to me, I see that as impossible, because why would I want to have unity with people who want to see me eradicated?”

Seah’s largest concern for the new presidency is that people will overlook Biden’s actions, and not hold him and his administration accountable the way they have towards Trump.

“Because he’s not Trump, a lot of people are going to pay attention less to what he does, even if what he’s doing is bad,” Seah says. “I’m scared that he’ll pass something akin to the Patriot Act, where he expands the power of the FBI or CIA.”

Biden has signed many executive orders that senior Emilie Difede, co-founder of the Environmental Justice Club, is optimistic about for reigniting the fight against climate change.

With that in mind, Difede believes Biden’s plans do not address the urgency of the climate crisis and wishes the Biden administration would reach for goals with more ambition.

“The Biden administration plans to reach net-zero emissions by 2050. However, this needs to happen faster,” Difede says. “We should be reaching net zero by 2030.”

“The Biden administration understands that climate change poses an existential threat, not just to our environment, but to our health, our communities, our national security and … economic well-being.”

Along with expediting the timeline to the goal of net zero emissions, she believes Biden’s plan fails to include collaboration on an international scale, a component necessary to fight global warming.

“Climate change is a global problem that requires global action, not just action in the U.S.,” Difede says. “The U.S. needs to work with and encourage other major polluters like China and India to also drastically cut emissions.”

On his first day in office, Biden signed an executive order that reentered the U.S. in the Paris Climate Accord, a global framework regarding lowering global warming.

Gazing into the future

While some are discontent with Biden’s current proposals, others like senior Rohin Ghosh have focused their attention further into the future, and worry that the Democratic Party will face challenges in holding onto their majority control in Congress.

“The only way to stop Democrats from losing in the midterms is to enact a fast policy that affects people’s lives,” Ghosh says.

“I think it’s so vitally important that at every level of government, we as people, especially as students who can’t vote, do everything we can to keep and hold our government and elected officials accountable because they answer to us,” Ghosh says.