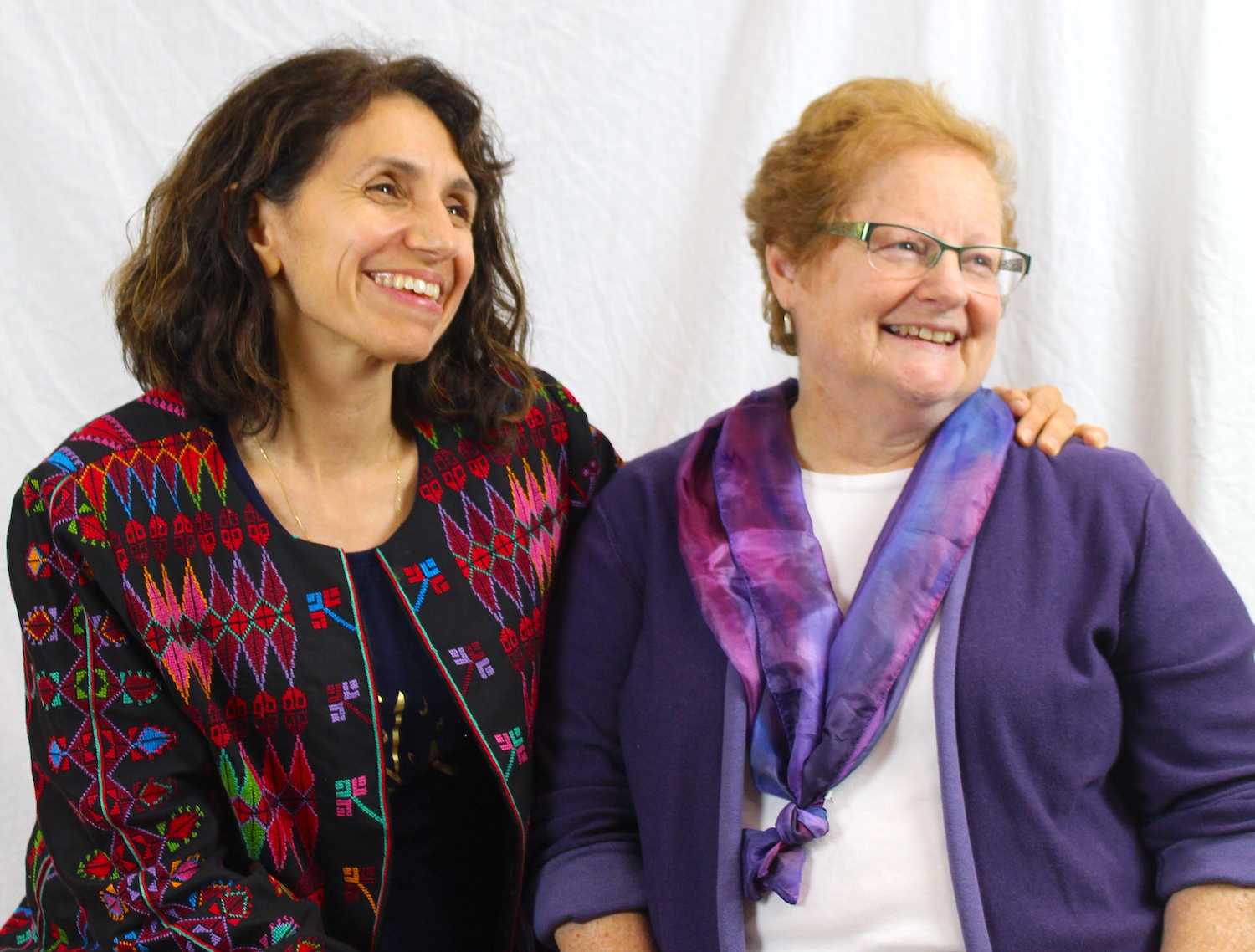 SISTERS BY CHOICE Lama Rimawi (left) and Ellen Stromberg (right) embrace and chat about their experiences in the Sisterhood of Salaam Shalom. “Hearing the story of the person who you’ve heard demonized for reasons that you don’t know ... has been really expansive,” Stromberg said. Photo by Zoë Wong-VanHaren

Eyes squinting above smiling cheeks, Lama Rimawi’s laugh fills Coupa Cafe as she listens to her sister Ellen Stromberg crack a joke. The two women are not sisters in a biological sense — Rimawi is Palestinian and Muslim while Stromberg is American and Jewish. But, in spite of these differences, they have formed a close bond through a common community. Both are leaders of the Palo Alto chapter of Sisterhood of Salaam Shalom, an organization that strives to build trust and positive relationships between Jewish and Muslim women.

In a country that has become increasingly divided and polarized, members of the Sisterhood, who call themselves “sisters,” recognize the importance of listening to each other. Their main goal is to create a broader understanding of each other’s culture and religion and work toward eliminating Islamophobia and anti-Semitism.

“Understanding each other’s perspectives helps you understand the world.”

In 2010, Sisterhood of Salaam Shalom was founded in New Jersey with the goal of Jewish and Muslim women connecting through open dialogue. Now, with chapters throughout the United States and Canada, the Sisterhood’s mission remains unchanged.

In the nine years since the sisters’ first meeting, over 2,500 Jewish and Muslim women have participated in chapters of the program, meeting in each other’s homes.

Stromberg has always been an advocate for creating and maintaining peace across cultures regardless of religious differences, and in 2017 she decided to start the first Northern California chapter of the Sisterhood in Palo Alto.

“I’d lived in a Palo Alto bubble, a Jewish bubble, and I knew I needed to get out of that,” Stromberg said. “I didn’t realize how positive and how expansive it was going to be for me.”

The Palo Alto Sisterhood chapter has been a powerful force in Stromberg’s, and other members’ lives since its inception.

“Creating peace, putting people together, being part of listening to people’s stories,” Stromberg said. “Sometimes it’s the only thing that keeps me going.”

During their monthly meetings, sisters discuss topics such as religious holidays and their interpretations of holy texts.

“The Muslim sisters will talk about Eid [and] the background behind it,” Rimawi said.

Not only do the women learn about cultural aspects of another religion, but they also form tight bonds with each other, which Stromberg says has strengthened the group dynamic over time.

“A Jewish sister was in the hospital, and we got a picture of a Muslim sister who went and found her to visit … we just take care of each other,” Stromberg said.

Recently, chapters designed for teenagers have emerged across the country. Stromberg and Rimawi agree that this is important: they believe that learning how to be empathetic is key to forming friendships in high school that will positively impact teens throughout their lives.

“The way it’s impacted our lives and helped us see each other’s perspectives on things is something [that] would be really valuable for a teenager,” Rimawi said. “When you become a teenager you want to look at what other possibilities are out there. Being able to get that information directly would be really exciting and interesting.” 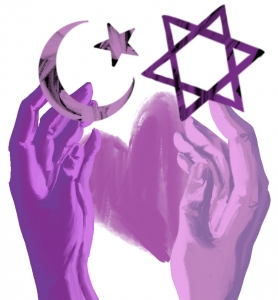 Rimawi also finds that learning about someone else’s truth can create new understanding in a person and help to forge new friendships.

Recently, the impact of the Sisterhood has been recognized by the United Nations Alliance of Civilizations and BMW Group: it was named one of ten international finalists for the 2019 Intercultural Innovation Award. The award had over 1,200 applicants from more than 120 countries and looks to highlight groups with a commitment to promoting intercultural diversity, peace and understanding.

But the greatest recognition of the organization’s impact can be seen in the testimonies from members themselves. Being in the group has had immense, positive impacts on Rimawi, who has both learned about the Jewish faith and taught others about Islam during meetings.

“Having my sisters understand where I’m coming from and how I perceive things has been really powerful,” Rimawi said.

Rimawi understands the significant impact the group has had on herself, and deeply values the act of understanding others.

“The most important part is you create relationships with people you otherwise wouldn’t necessarily have the opportunity to, and they’re very deep relationships,” Rimawi said. “I find that, within those deep relationships, sometimes the religion comes out but friendship allows you to deal with it in a different way, and I think that’s really valuable.”

Parallels in prayer: Going to religious services as an atheist