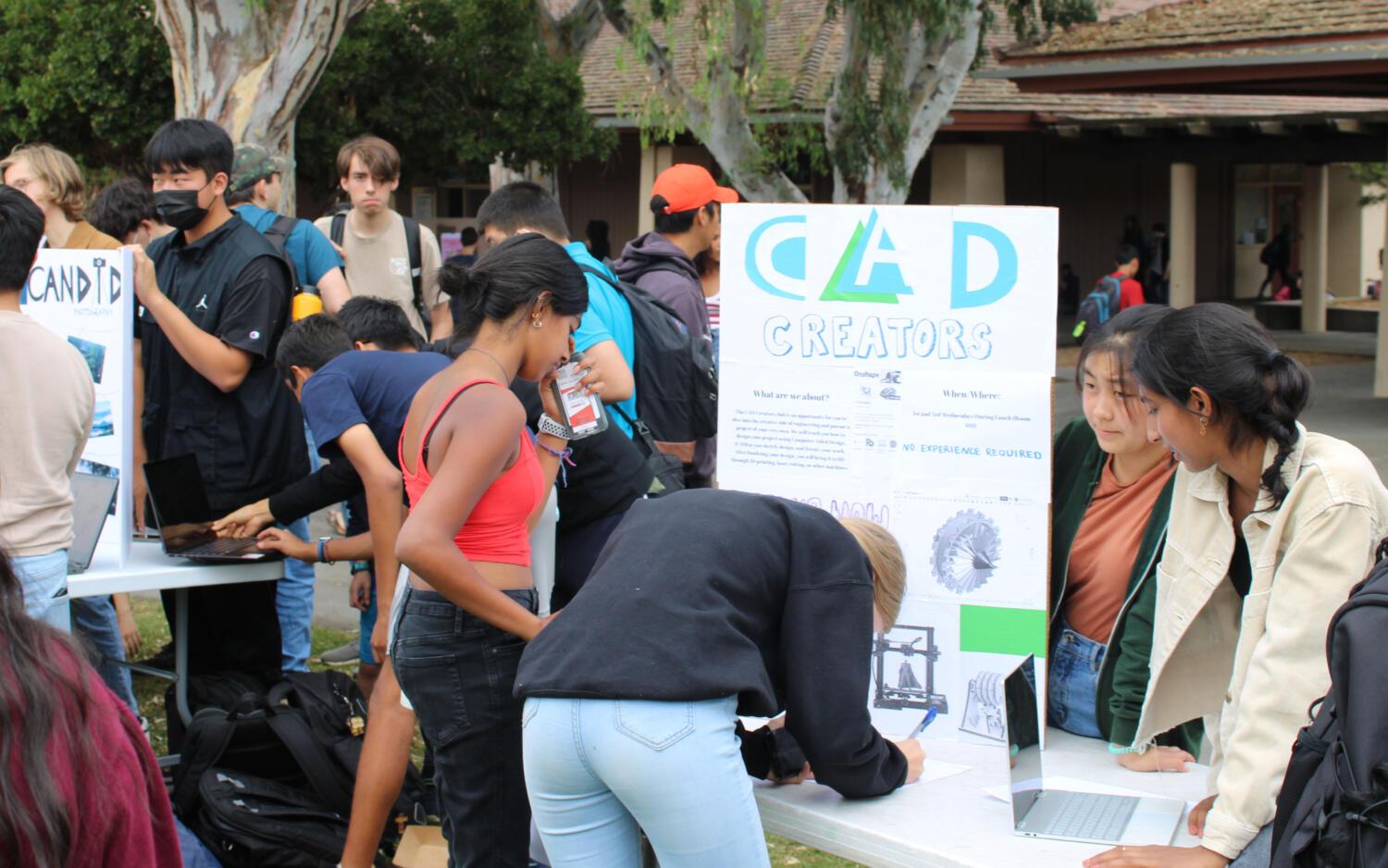 CLUB DAY CROWD — Palo Alto High School students gather around club posters set up on the Quad for this year’s first Club Day to explore the various organizations and the opportunities they offer. “[Clubs] could be good for getting to know other people,” freshman Oliver Payne said. Photo: Nadav Sternheim

Palo Alto High School’s Club Day 2 will take place tomorrow on the Quad during lunch after hundreds of Paly students gathered to sign up for the first set of clubs today.

More than 50 clubs were present, and related to everything from culture and diversity, such as the Black Student Union, Jewish Student Union and Latinos Unidos, to entertainment and activities, such as Cycling Club, Film Club and Fishing Club.

“The atmosphere so far has been very energetic,” said Alec Profit, president of International Culture and Diversity Club. “I see a lot of heads out here, a lot of people moving around, interested, asking good questions, and that’s what we like to see out of Club Day.”

Betsabe Acosta, president of Latinos Unidos, said that Club Day went well and a lot of people signed up for the club.

“We rely on Club Day for recruiting,” Acosta said. “It’s always organized and we’re on top of it, so it’s been a good day.”

Club Day was originally supposed to take place Sept. 7, but due to excessive heat, the Associated Student Body postponed the event. The decision was met with mixed reactions from students.

“The atmosphere so far has been very energetic … I see a lot of heads out here, a lot of people moving around, interested, asking good questions, and that’s what we like to see out of Club Day.”

“ASB’s decision to postpone it, in my opinion, was a little soft,” Profit said. “It was like 90 degrees, it’s not the Sahara desert.”

The postponement of Club Day also forced some clubs to reschedule events.

“This week we wanted to have a lunchtime activity for LatinX [club],” Acosta said. “But unfortunately that’s going to get pushed back.”

“It was a pretty good decision,” Noyman said. “I think it [Club Day] is a lot more enjoyable now that it’s cooler.”

Many considered Club Day 1 a success and are excited for the second.

“Today I was running a club so I didn’t really get a chance to go and look at the other options,” Cycling Club co-president Elizabeth Fetter said. “I’m really looking forward to seeing what Paly clubs have to offer tomorrow.”