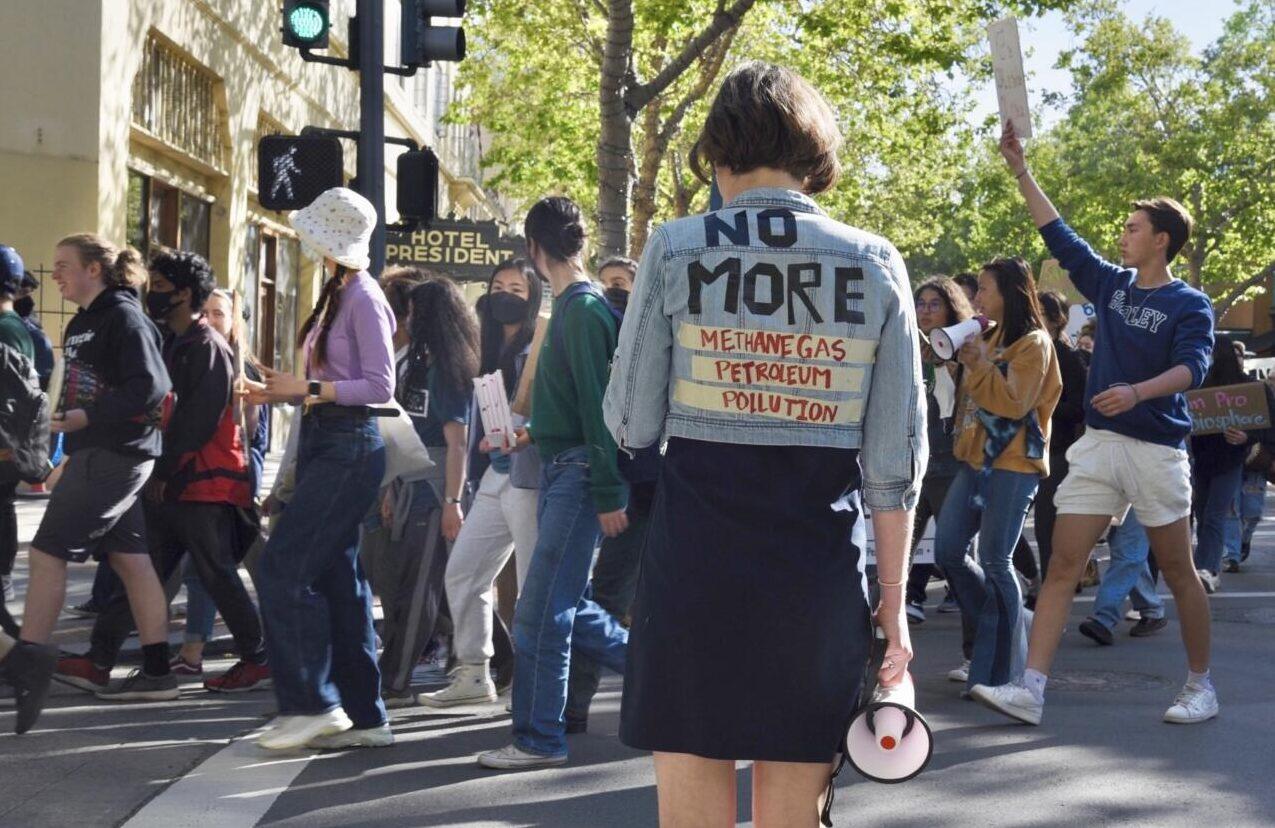 Our planet, our future: Generations unite for Earth Day rally

Protesters of all ages and backgrounds gathered at the Palo Alto City Hall for the March and Rally for Our Earth on Earth Day to emphasize their desires for climate action. The protest was organized by the city of Palo Alto and led by student advocates of 350.org, an organization dedicated to fighting climate change through policy and local action. The event included speeches from environmental leaders and local politicians, including Congresswoman Anna Eshoo, present to voice support.

“There are so many ways to leverage your voice, and it’s imperative that we all take action when we can.”

— Saman de Silva, March and Rally for Our Earth co-organizer

Protestors circled the plaza shouting their chants for climate change awareness, surrounded by banners and posters that soared in the evening wind. Community members united in their calls for more direct action combating climate change at local and federal levels.

“Inaction is passively agreeing to let a problem continue, so weaponizing your power as a student is crucial,” de Silva said. “Vote, stay informed, join grassroots organizations and more. There are so many ways to leverage your voice, and it’s imperative that we all take action when we can.”

With California approaching yet another record-setting drought season and the planet standing on the precipice of irreversible climate change, the necessity for policy changes has only intensified. We captured this moment in the following collection of photos. 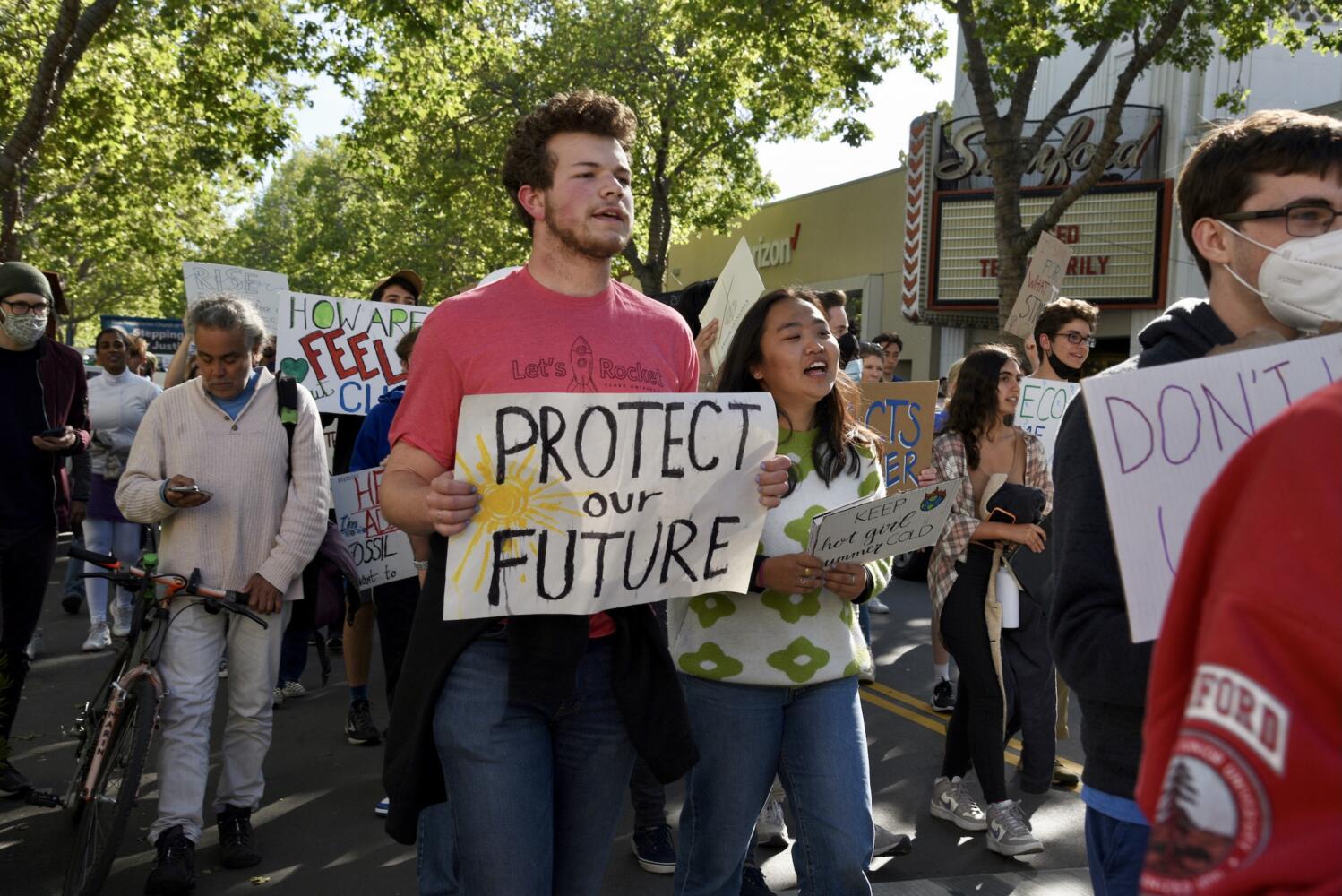 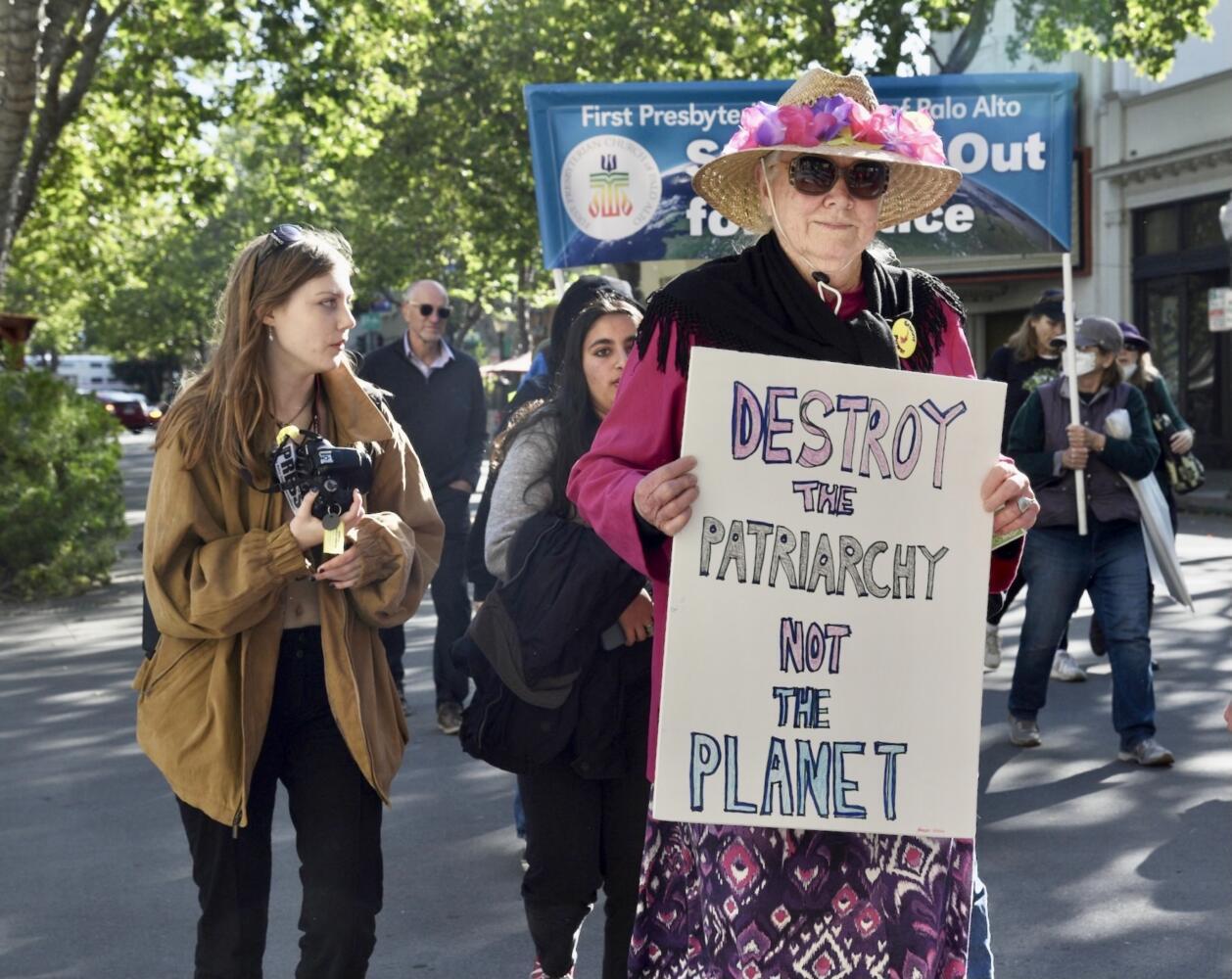 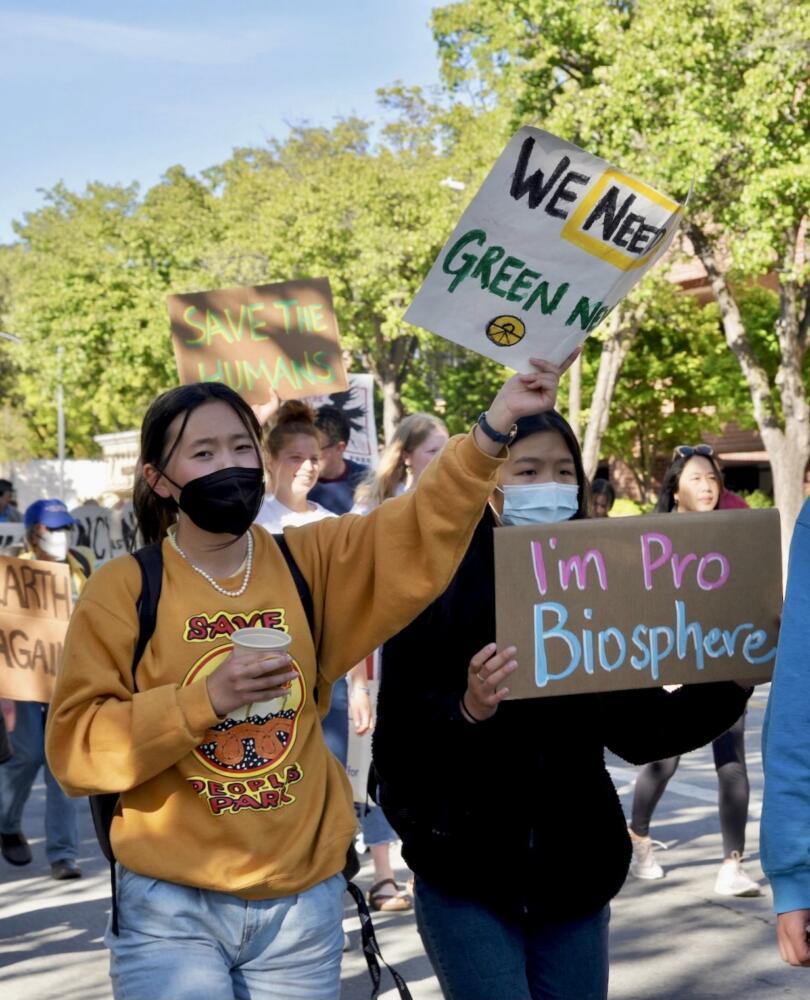 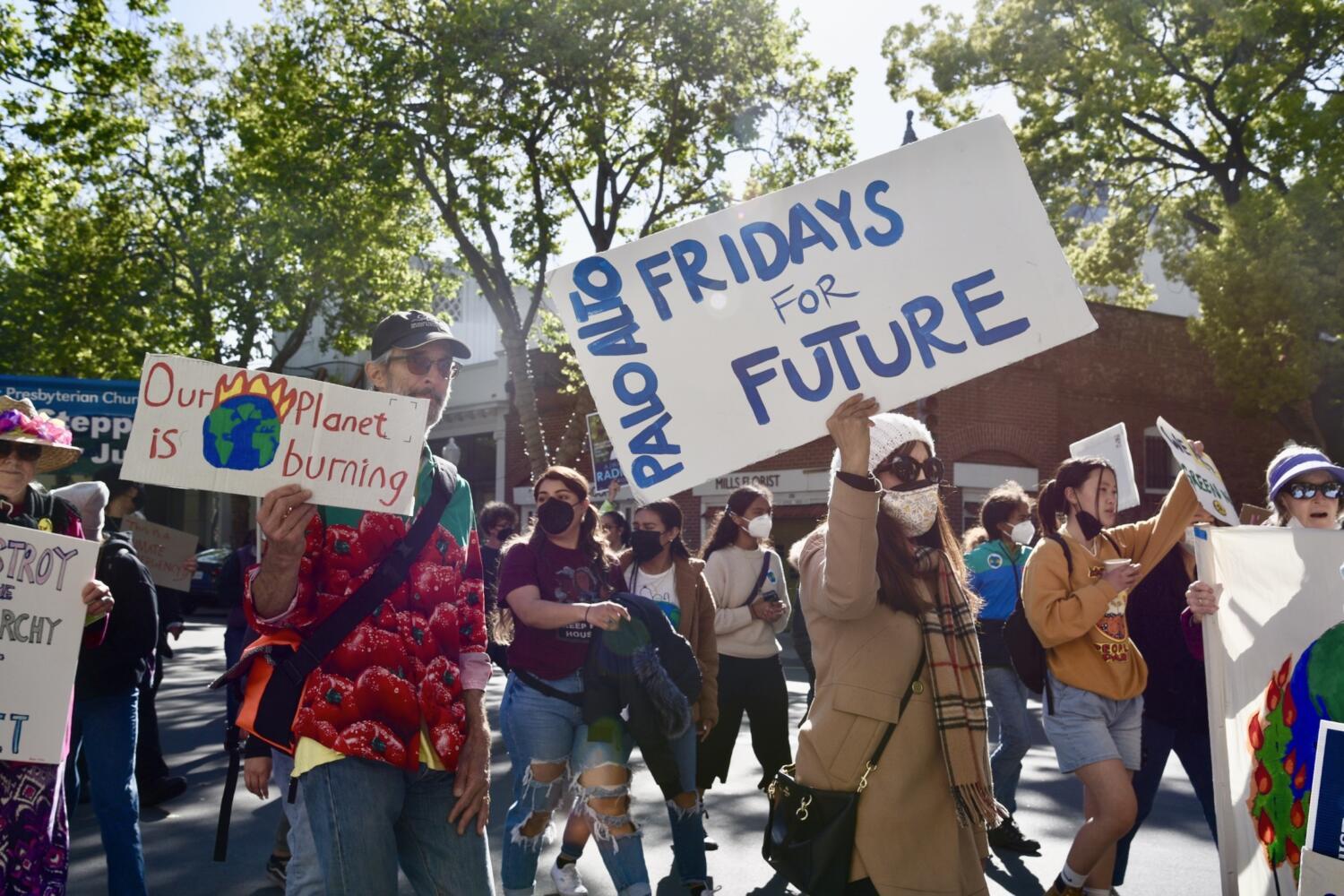 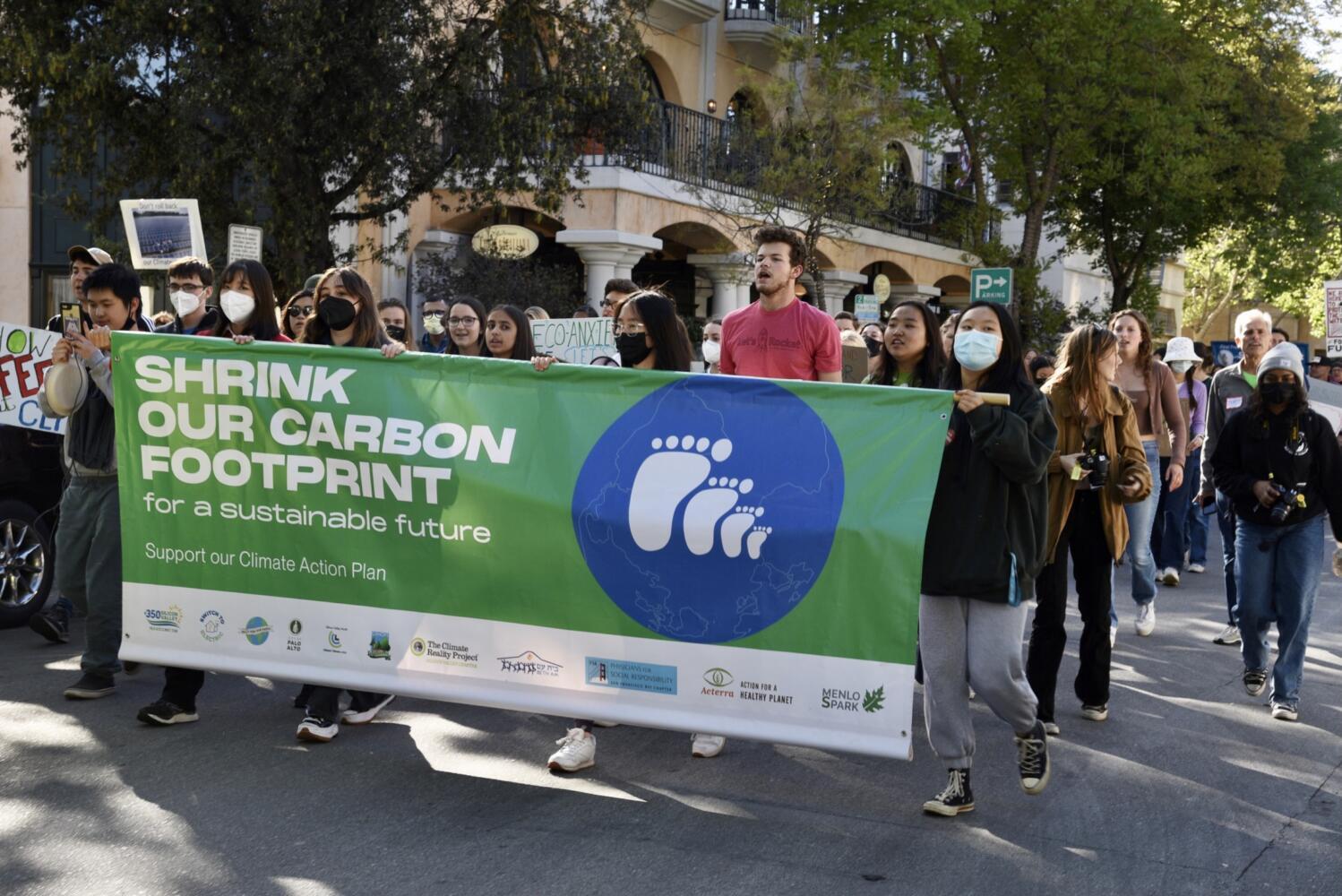 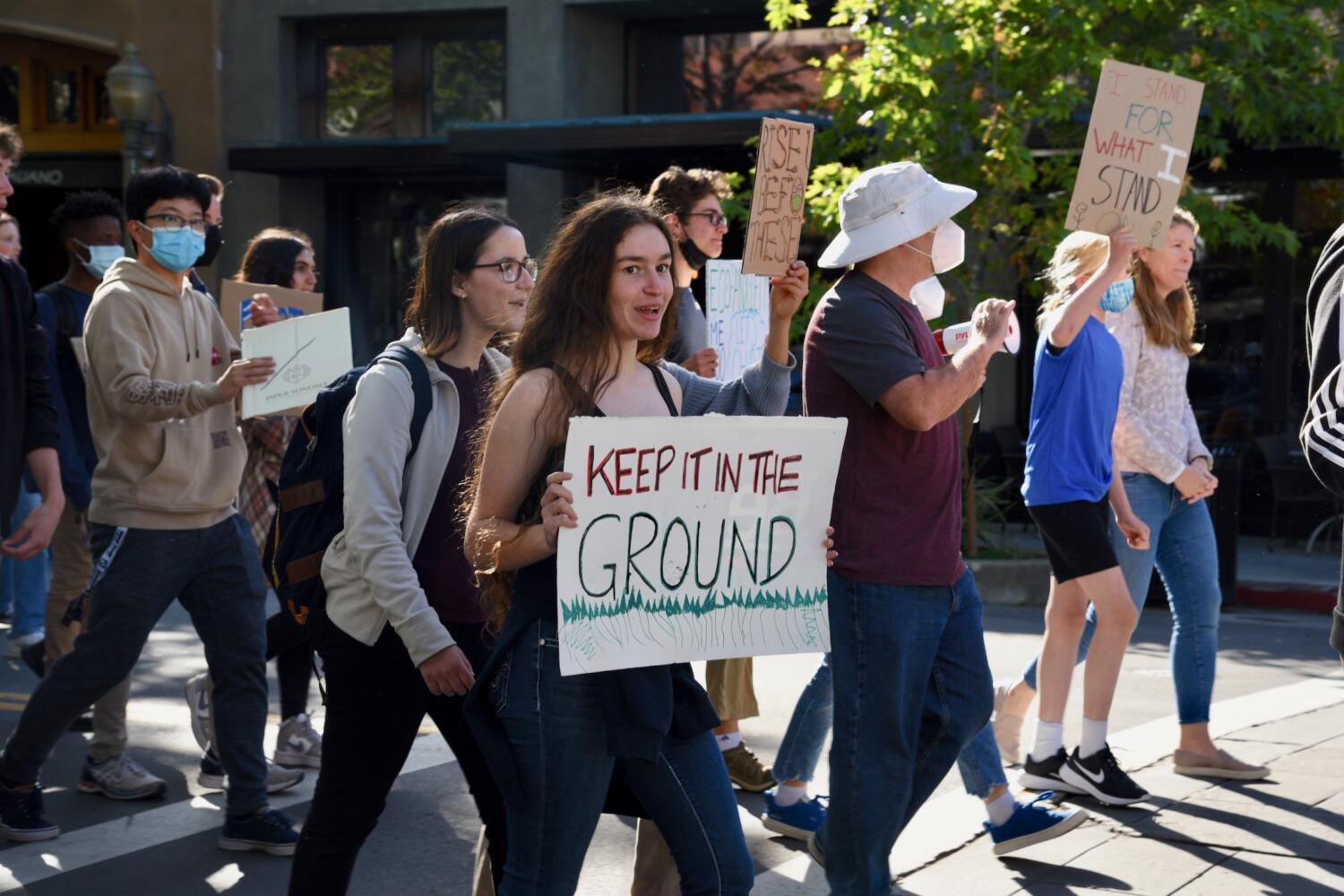 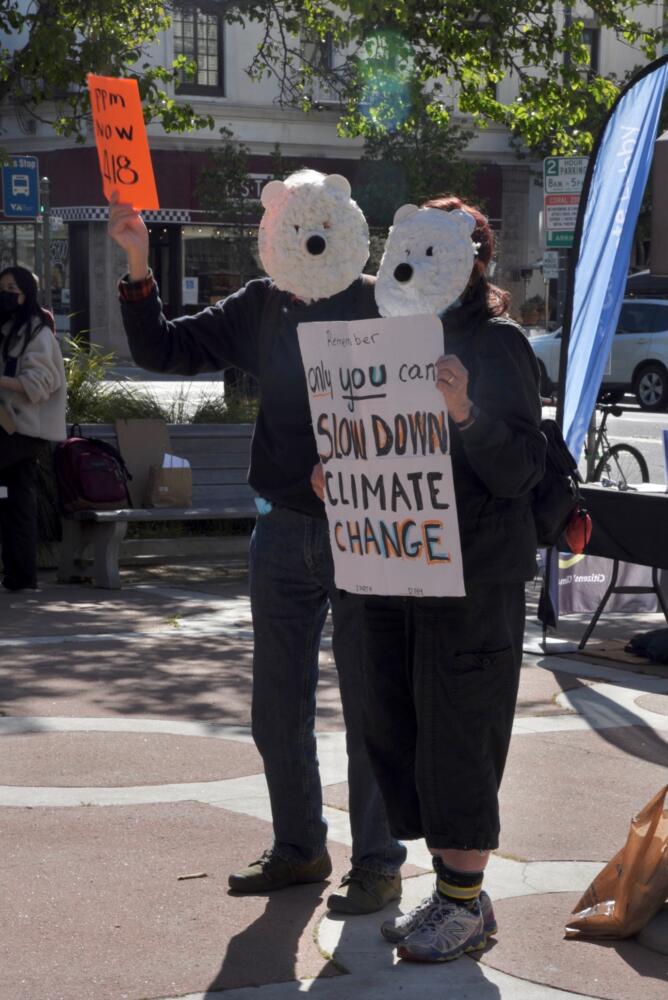 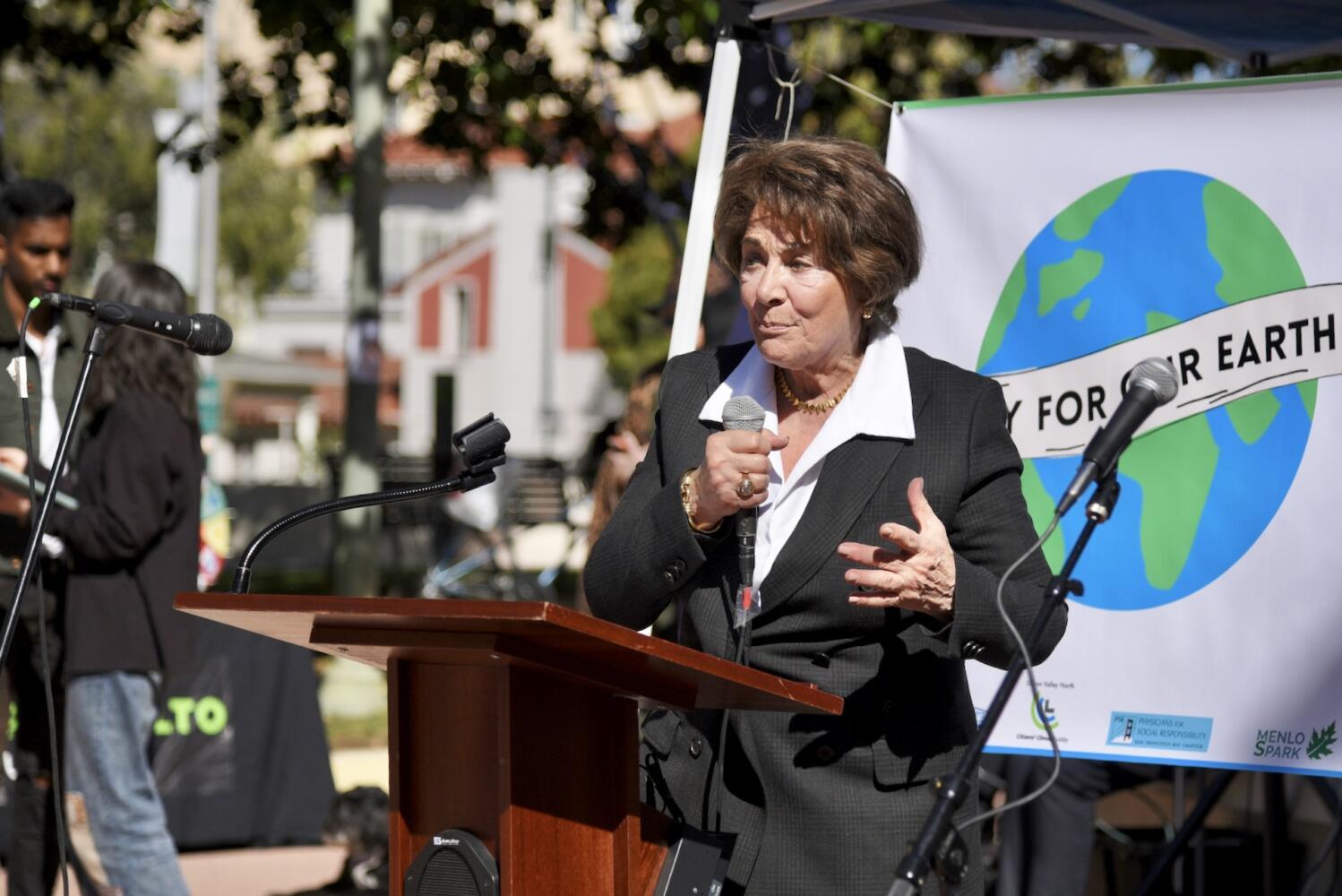