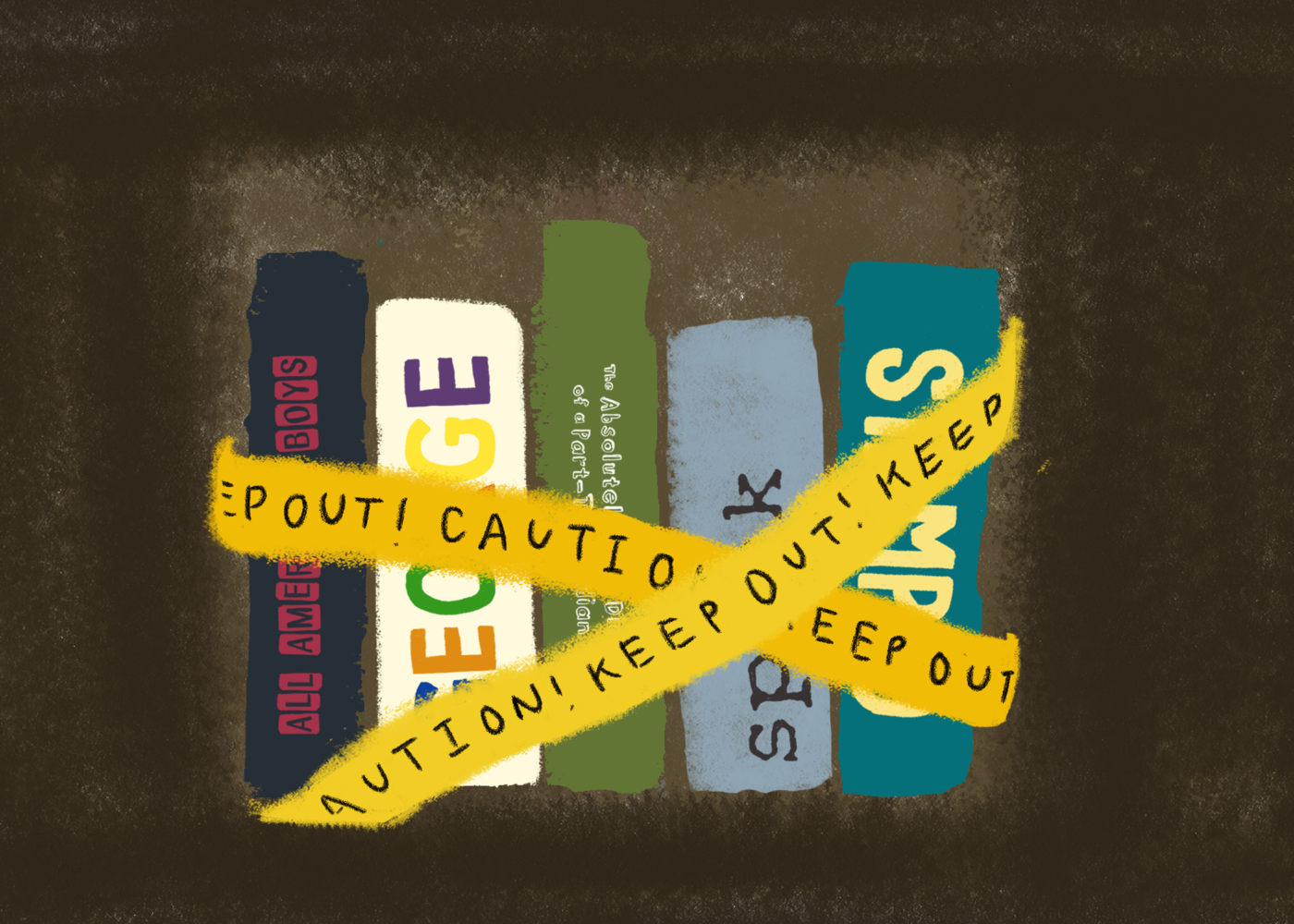 In Florida, the state’s House of Representatives passed a bill on Feb. 24, that banned “classroom discussion about sexual orientation or gender identity” in Florida’s primary schools. In Tennessee, a school board unanimously voted in January to ban Art Spiegelman’s graphic novel “Maus” from being taught. “Maus” tells the story of Spiegelman’s parents as they lived through the Holocaust, depicting Jewish people as mice and Nazis as cats. It was banned for containing “objectionable language” and “disturbing imagery.” Since January 2021, 15 states have imposed bans on critical race theory –– the idea that race is a social construct and racism is baked into the makeup of our society –– from being taught in schools.

The topic of educational censorship has been long discussed, with these recent events bringing it once again to the forefront of our nation’s mind. When topics about representation and diversity are banned in classrooms, teachers and students voice concerns about what this could mean for the future of teaching and access to information.

“There’s a universal idea that everybody wants visibility,” said Palo Alto High School Gender Studies and U.S. History teacher Jaclyn Edwards. “You want to see an image of yourself in some capacity or way. You don’t want to be hidden. You don’t want to be not talked about because you want to see yourself in the images or the stories or in the lessons.”

The increasing impositions on what can and cannot be taught in schools is far-reaching.

“Whether it’s gender, [or] about race, anytime you have lawmakers making bans on this out of concern… that people will become more aware or more educated about it, in my opinion, is problematic,” Edwards said.

Book banning is one of the more common ways to censor education and has been a topic of debate for much of literature’s history. A famous example is Harriet Beecher Stowe’s “Uncle Tom’s Cabin.” Published in 1852, the book was a scathing critique of slavery, and deeply affected the American public.

“[‘Uncle Tom’s Cabin’ is] important as a historical artifact that shifted the debate,” AP United States History teacher John Bungarden said. “Most people in the North knew about slavery, [but] for most of them, slavery was not an everyday reality. They didn’t see it, they didn’t have to deal with its consequences. And with the book, it was a crazy reality for a lot of Northerners.”

Following its publication, the book was banned in the American south after being labeled as abolitionist propaganda. Just as “Uncle Tom’s Cabin” was banned because southerners were afraid it would expose people to new abolitionist ideas, many parents today are afraid of their children developing ideas aside from those of their families through the books they read at school.

Paly librarian Sima Thomas said that most of the books banned or challenged are books that “force us to face hard truths.”

“Some of the main themes that cause a book to be challenged are LQBTQ+ themes and racial issues that are depicted,” Thomas said.

As far as banned books in the Paly library, Thomas said no book had been banned within it to her knowledge. However, Paly does have a history of books being challenged by parents.

According to Thomas, a comic book by Neil Gaiman titled “The Sandman” was requested to be removed from the library by a concerned parent around 10 years ago. The book was accused of being inappropriate for high schoolers, and has also been listed as one of the most commonly banned graphic novels by the American Library Association because it contains “anti-family themes” and “offensive language”, according to Banned Books Week.

When challenging a book, the complainant is asked to fill out a form explaining who they are, what book they want removed from the library and why. The complaining party would then meet with the principal and teacher librarians, according to Thomas.

“In reality, we have never gotten to that point as far as I know,” Thomas. “The ALA [American Library Association] maintains, and I feel, that we’re all pretty good self-regulators. If you’re reading something that makes you really uncomfortable, a lot of times you just stop. Not every book is for every person, but every person should have access to any book.”

Book banning in the education system is a topic that requires great nuance to discuss, according to English teacher David Cohen. There are many books that would be inappropriate in a school library, but it becomes problematic when parents seek to ban books that contain ideas they don’t like while using “inappropriate content” as a scapegoat, according to Cohen.

“There are millions of books out there,” Cohen said. “Some of them are inappropriate for school use. But when certain books are targeted, because of their politics, or because of the ideas or the people that they represent. That’s when the banning becomes worrisome.”

According to Cohen, when parents want to ban books with the intent of censoring identities they are uncomfortable with, they inadvertently harm the learning environment.

“I really think the school system along with the congressional system for certain states is moving backwards,” Paly junior Payton Anderson said. “Schools are supposed to be a place where people can feel welcome and feel like they can be themselves… where they can learn about themselves and whatever they want to.”

“when certain books are targeted, because of their politics, or because of the ideas or the people that they represent. That’s when the banning becomes worrisome.”

Some students believe that educational censorship is stepping into dangerous territory.

“With over censorship, banning books and with banning certain things that states think you shouldn’t be taught… they’re [parents and local government] kind of deciding for people what they should believe,” Anderson said. “And that’s just crossing a boundary that shouldn’t be crossed.”

When books are targeted and banned in order to suppress conversation, it can have greater consequences throughout the school’s community.

“The even broader effects on students can be that those who already might feel marginalized or underrepresented in school, in curriculum in communities feel even further marginalized.” Cohen said. “These laws can also have the effect of suppressing even conversations about these topics. When teachers are afraid that even opening the discussion could subject them to retaliation or punishment.”