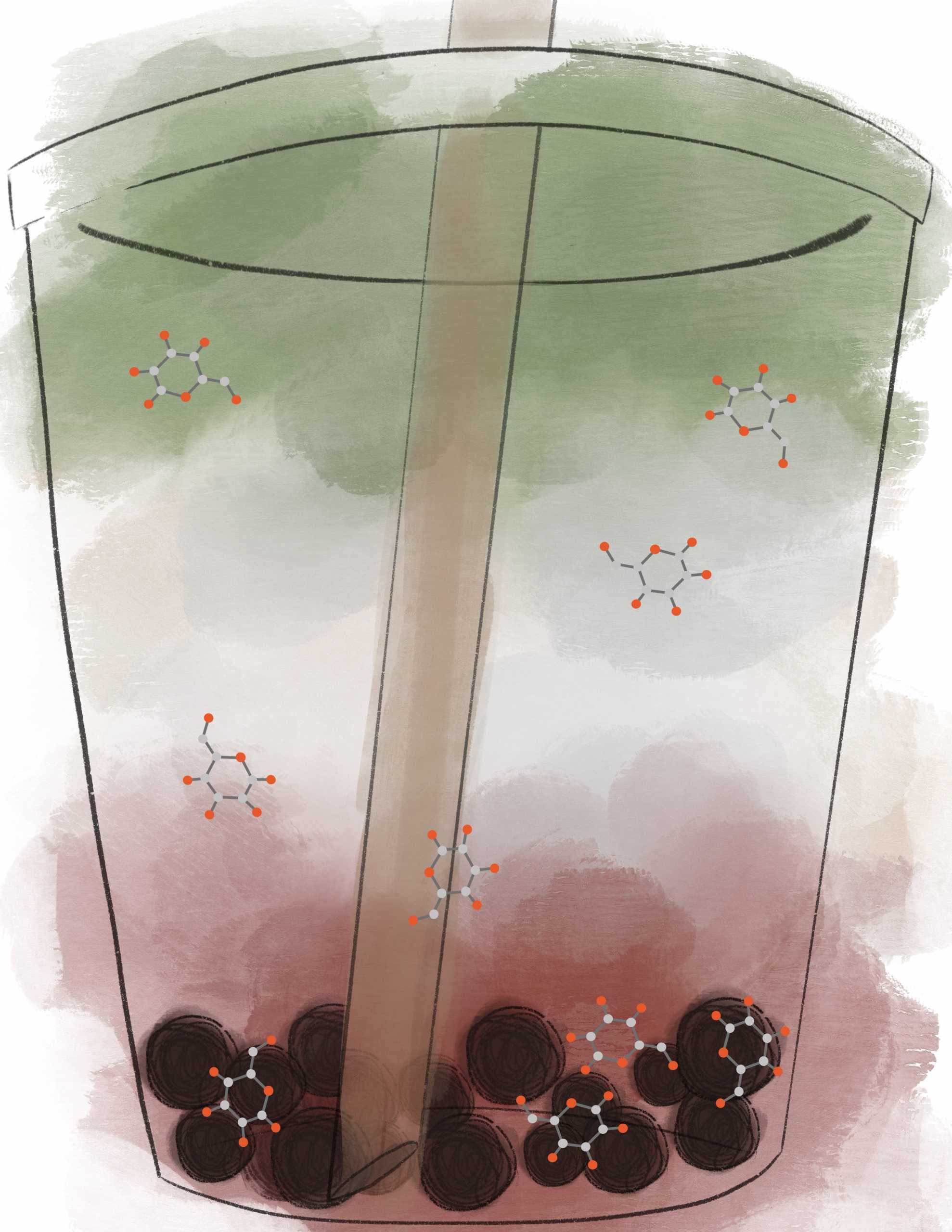 *Editor’s note: This story originally referred to the Diabetes Council as the “Diabetics Council.” All story corrections can be found under the ‘Corrected Stories’ tab.

“What sweetness level would you like?” With that simple question, boba buyers weigh a series of questions. What will taste good? Will other people think I am weird if I order too little sugar? Or too much? What about health? According to a Verde Magazine survey of 157 Paly students, the most common choice is 50% sweetness. However, this choice is missing one piece of crucial evidence that would answer many of the questions above: What amount of sugar is actually in each level of sweetness?

Boba companies should not be promoting their products as healthy — I’ve never heard anyone call sodas healthy.

Boba Guys, located at Town and Country Village across the road from Paly, took a step in the right direction when they shared an estimated nutrition chart in a 2017 blog post. According to their chart, each additional 25% of sweetness contains 15 grams of added sugar. Assuming other boba locations have similar sugar contents, that would mean students who drink boba are adding 30 grams to their sugar intake through the liquid of their drink alone.

The Food and Drug Administration recommends a daily limit of 50 grams of added sugar. Therefore, students who drink boba consume over half their recommended daily limit in just one cup, and that doesn’t even include the sugars in most toppings.

The amount of sugar present in boba contributes to the largest health epidemic faced by Americans today: diabetes. According to the Public Library of Science journal, a 150 calorie increase in availability of sugar per capita is associated with a 1.1% increase in the prevalence of diabetes.

Americans consume more sugar per capita than any other nation in the world.

Many people may not realize when they are consuming added sugars because packaging isn’t clear. According to the Diabetes Council, Americans consume 126.40 grams of sugar a day on average: This is 2.5 times the FDA recommended limit. The Nemours Foundation states that over time, high blood sugar levels can damage blood vessels and vital organs, increasing the risk of cardiac, vision and kidney difficulties.

According to the U.S. National Institute for Health, this diet of sugar in place of fiber has also contributed to the thinning of the gut mucus layer, which can cause inflammation or infection.

Americans consume more sugar per capita than any other nation in the world, according to the World Atlas. We have adjusted to this unusually sweet diet with dire consequences. The Organization for Economic Co-operation and Development states that Americans also spend more than any other nation on obesity healthcare. This problem could be allayed by explicit and upfront labeling of the sugar content in our food.

Despite the mountain of evidence explaining the adverse health effects of excessive sugar consumption, many boba companies continue to peddle misleading claims in their advertisements. T4, a prominent Bay Area boba chain, wrote “Cheers to Your Health! Our boba teas TASTE GOOD and are GOOD FOR YOU!” on their website in 2016. As evidence, the company highlighted their use of “all-natural” sugarcane.

According to Harvard Health, there is little variation in the impact of different kinds of added sugars on health. Gram for gram, agave nectar, sugarcane and high fructose corn syrup are about the same. Boba companies should not be promoting their products as healthy — I’ve never heard anyone call sodas healthy.

Power of nutrition: Using the ketogenic diet to improve health

What is in our food?