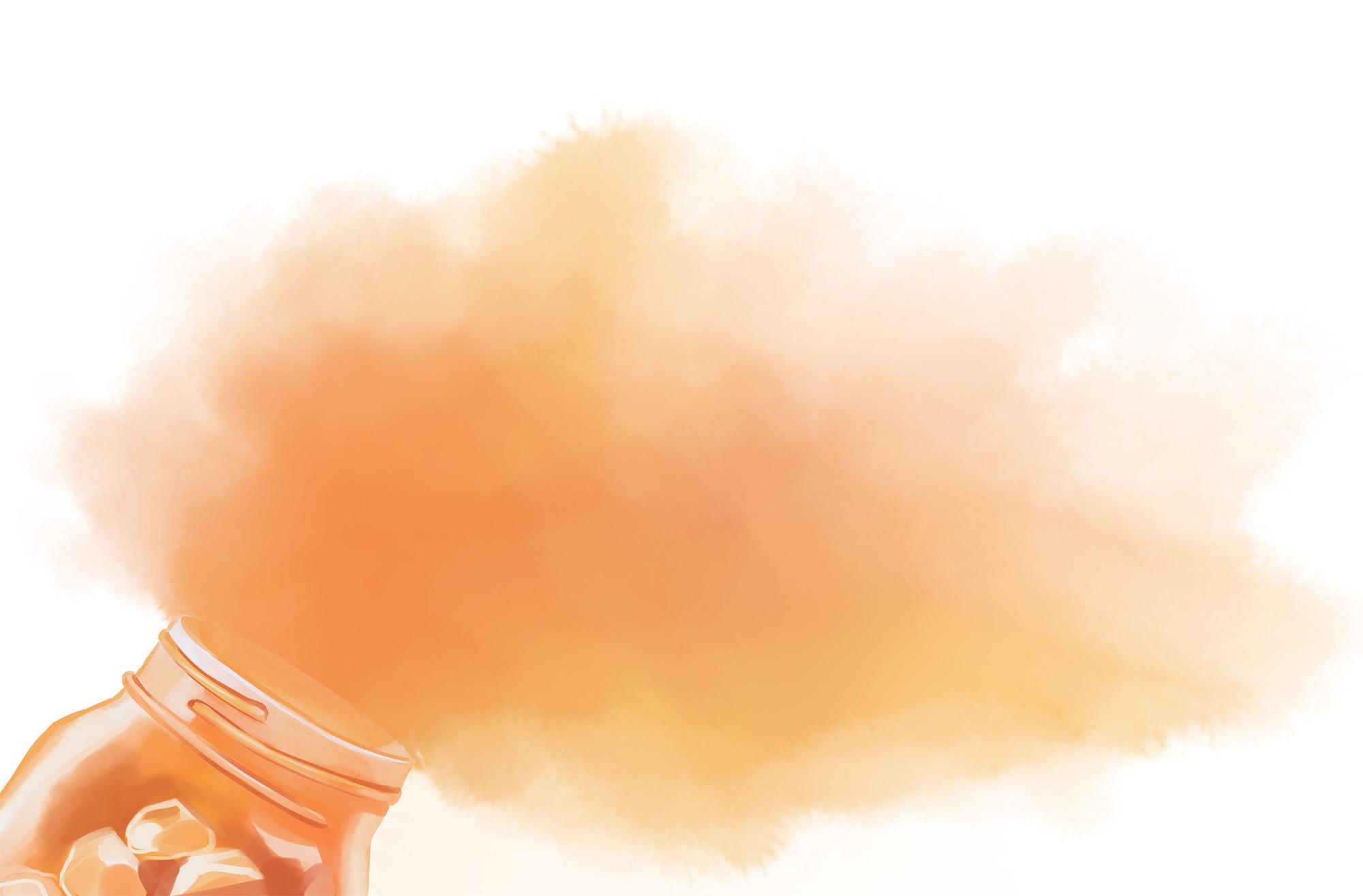 Debunking the Wonder Drinks: The Science Behind the Tantalizing Tonics

Why in the world are teens chugging yeast, vinegar and fermented beans?

Between kombucha, kefir, Soylent and more, the last several years have ushered in a revival of thousand-year-old wonder drinks and a new craze for seemingly strange new-to-the-market refreshments. In the last year alone, sales of these drinks rose by substantial margins.

While these tantalizing tonics promise everything from detoxification to cancer prevention, the validity of these claims are still largely unclear. To distinguish fact from fiction, Verde took a closer look at the science behind these brews.

What’s more delicious than a colony of bacteria in your tea? For kombucha aficionados, not much. Brewed with bacillus coagulans, acetic acid and yeast, each glass-encased bottle of the super drink brims with billions of probiotic organisms.

Does the tangy tonic truly cure cancer and alleviate arthritis, as some manufacturers claim? Probably not. But scientists concur that kombucha’s probiotic contents bolster the “good bacteria” lining the human gut, aiding digestion and strengthening the immune system.

Even if it isn’t curing cancer and things like that, when people are drinking kombucha they’re not drinking things like soda

Beyond its bacterial benefits, kombucha is saturated with naturally occuring vitamins and minerals produced by its microbial culture. Low in sugar and high in flavor, every swig of the carbonated beverage delivers a tart fizzy kick to the palate and contains less than eight grams of sugar per eight-ounce bottle — another selling point for kombucha’s fan following.

“Kombucha has a vinegar-like base note but can range from very pure to sweeter,” says freshman Amanda McVey. “It’s definitely an acquired taste.”

Whether students drink kombucha for its taste or its health benefits, the refreshment serves as a nourishing alternative to soft drinks, juices or other unhealthy beverages students consume.

Yogurt that’s just exceeded its expiration date: That’s what kefir tastes like. The difference? Kefir is 99 percent lactate-free and teeming with live microorganisms, thanks to its probiotic fermentation process. Rich in protein, calcium and vitamin D, the creamy concoction is marketed as a nutrition-rich alternative for the lactose intolerant and health-conscious.

Animal studies find that kefiran, a polysaccharide in kefir drinks, is associated with reducing blood pressure, cholesterol and inflammation. What’s more, cancer-curing claims about kefir may be founded in science. According to researchers at McGill University and Kyushu University, kefir consumption reduced the proliferation of breast cancer cells by 56 percent and produced interferon-beta, a glycoprotein that suppresses viral infections and the spread of cancer cells.

Instead of artificial supplements, which can produce a burden to the body, Kefir and other probiotic drinks strengthen naturally occuring antibodies and supplement natural dietary nutrition.

Some claim that probiotic drinks improve one’s microbiome by adding more “good bacteria” to the gut.

“That’s a common misconception,” says Stanford research fellow and microbiologist Gabi Fragiadakis. “The microbes you ingest will mostly pass through you within a few days, as opposed to becoming a part of your gut microbiome.”

In addition to its alleged health benefits, students also cite a placebo effect and flavor as major reasons why they drink kefir.

“It’s kind of like a yogurt smoothie,” senior Emily Tomz says. “In the morning, if I have juice, if I end up mixing the kefir with the juice I feel better about myself.”

Soylent: meal in a bottle

What if you never had to worry about food again? Try Soylent, a meal in a bottle.

This reformatted food derives its name from the 1973 movie “Soylent Green,” in which members of an overpopulated society consume a high-protein ration in lieu of solid meals. Although the drink is found to contain human remains in the film, commercial Soylent is advertised as a food substitute containing plant-based protein, carbohydrates and other nutrients that one would find in a healthy meal.

“It’s not quite solid food, but for the price and convenience it’s pretty good,” says Paly math teacher Daniel Nguyen. “The taste is good, it seems to cover all the essential nutrients, it’s relatively cheap and it’s really convenient.”

Simply put, Soylent is nutrition deconstructed. Each 400-calorie bottle contains maltodextrin, rice protein and oat flour along with plant-based vitamins and minerals, meant to satisfy 20 percent of daily nutritional needs with no added sugars and hardly any saturated fat.

“It makes almost no attempt to be appetizing in any way, it’s sort of like smooth, unsweetened pancake batter with a soy aftertaste,” says Joey Kellison-Linn, Class of 2017 and a self-described avid Soylent drinker.

The smoothie-esque substance is also marketed as the future of food: a simple way to save time and resources. It takes seconds to drink and bears a smaller environmental footprint than cooked dishes.

“They [health claims] are way overblown, but I think they come from hints of evidence.”

“It’s a good solution for people who are on the run,” Nguyen says. “If I’m hungry or in a rush and I don’t have time to make a meal then I’ll just use it.”

While some consume Soylent for the convenience, others drink it for the novelty.

Earlier this year, Kellison-Linn engaged in a Soylent mukbang over Facebook livestream with the goal of drinking 10 bottles of Soylent in one sitting, translating to 4000 calories.

“I only got through four-and-a-half bottles before I was pretty sure that if I drank any more I would throw up,” Kellison-Linn says.

Although it may be unhealthy in an all-you-can-drink context, Kellison-Linn recommends the beverage to students looking to develop healthier eating habits.

“It’s best when it replaces mindless snacking and junk food that you eat just because you’re hungry and don’t have anything better on hand,” Kellison-Linn says.

Ultimately, these wonderdrinks promise more than they can deliver. While they might not be harmful, it’s unclear how effective the alledged health benefits actually are.

“They [claims] are way over blown,” Fragiadakis says. “But I think they come from hints of evidence … there is definitely a possibility that these can confer some health benefits.”