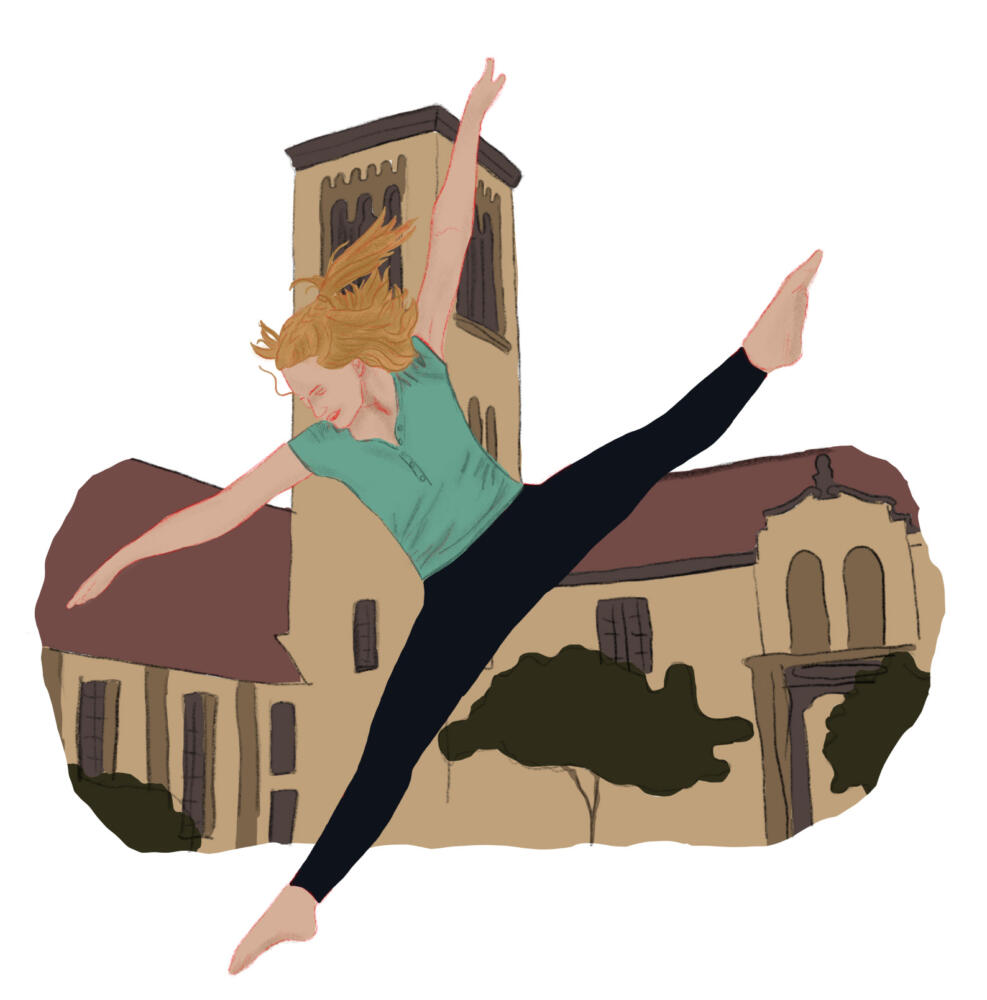 “Hmm it looks like dance is not on the list of sports,” a Palo Alto High School counselor told me. “I think cheer and dance are lumped together, so that’s what I’ll mark you down as.”

This was over two years ago. The counselors had visited middle schools to talk to students about their plans for Paly — one of their main questions being whether I was interested in joining any school sports.

This memory still burns bright in my mind as if it happened yesterday. I remember feeling a wave of discouragement wash over me. The team I was so eager to join was not even listed as its own sport. Worse still, I realized I would continue to face the same challenges during my time at Paly that I had experienced for years growing up as a dancer.

I have been dancing since I was around five years old. I started out in tap and ballet classes through the City of Palo Alto, before transitioning to Dance Connection, where I, along with many of the city’s dancers, spent a majority of my childhood. I was on various teams and loved the studio with my whole heart.

“You’re doing high intensity interval training for two straight hours. So if there’s any question about whether or not this is an athletic activity — it really is.”

As I got older, however, I was ready for the next chapter in my dance life. This ultimately led to my decision to try out for the Paly dance team. In the fall, our team cheers at football games and begins preparing for competitions. In the winter and spring, we cheer at basketball games and compete at four local competitions and nationals.

Paly dance is not considered a sport, courtesy of a decision made beyond the school level. Even if dance were classified as a sport, this change would not immediately grant dance the respect it currently lacks.

Dance is largely seen as a female-dominated sport, which I believe plays a large role in the way people perceive it. It’s seen as more feminine — more artistic and elegant — than masculine and “manly” sports such as football and baseball. Perhaps this is why dance, and Paly’s dance program, does not get the respect or prestige it deserves.

“I remember the football team also won something that year [2015], they won State and the city threw them a parade and we came back [from Nationals] and we were like, but we won first place,” Williamson said.

Because of this lack of acknowledgment, I often hesitate to tell people I dance, out of fear that they will think less of me as an athlete.

Over the years, people have said things to me that made me doubt my capabilities. I’ve heard, “Oh, but dance isn’t really a sport,” and “Yeah well if you think dance is hard you should try [fill in the blank] sport.”

“We do things like sell pies, but that takes time to organize and put together, which could instead be used to focus on our competition routines. Other sports don’t have to worry about where they are getting their funding from, while we do.

Sometimes, these comments are only implied and not stated directly. But, regardless, I can feel the shift of energy in the room when I get the classic, “Do you play any sports?”

My best guess as to why dance is so looked down upon by athletes in traditional sports is because in other people’s eyes, dance is less athletic than those sports. But, here’s the thing. Dance is just as athletic as other sports. The only difference is that dancers strive to look effortless. You are meant to look like you could keep dancing forever and ever, when really you can barely breathe and begin gasping for breath the second you leave the floor.

“You’re doing high-intensity interval training for two straight hours,” Williamson said. “So if there’s any question about whether or not this is an athletic activity — it really is. We have the added challenge of not only having to be athletes and not get injured, and improving our skills as athletes, but we also have to be performers.”

Since dance is not classified as a school sport, the team currently gets no funding from the school, despite the fact that dance is incredibly expensive. Every year, we buy costumes for competitions, pay registration fees for various events and pay for choreographers, just to name a few of the many necessary costs. Having to raise our own funds means that we have to work extra hard just to be on the same playing field as the other school sports. We hold annual fundraisers throughout the year, such as our holiday pie fundraiser and Little Vikes, a combined cheer and dance summer camp for elementary and middle school students just so we can compete like other Paly teams.

Junior and dance team member Anna Hagan said this is something she is frustrated by.

“The lack of school funding is annoying because we have to find ways to raise it ourselves,” Hagan said. “We do things like sell pies, but that takes time to organize and put together, which could instead be used to focus on our competition routines. Other sports don’t have to worry about where they are getting their funding from, while we do. Our coach has to budget and find extra ways to bring in money for our team.”

Dance is a sport. But it’s also an art form. And that doesn’t make it any less deserving of respect. If anything, it deserves more attention. So it’s really the best of both worlds, at least in my opinion. I just wish other people could see it that way.