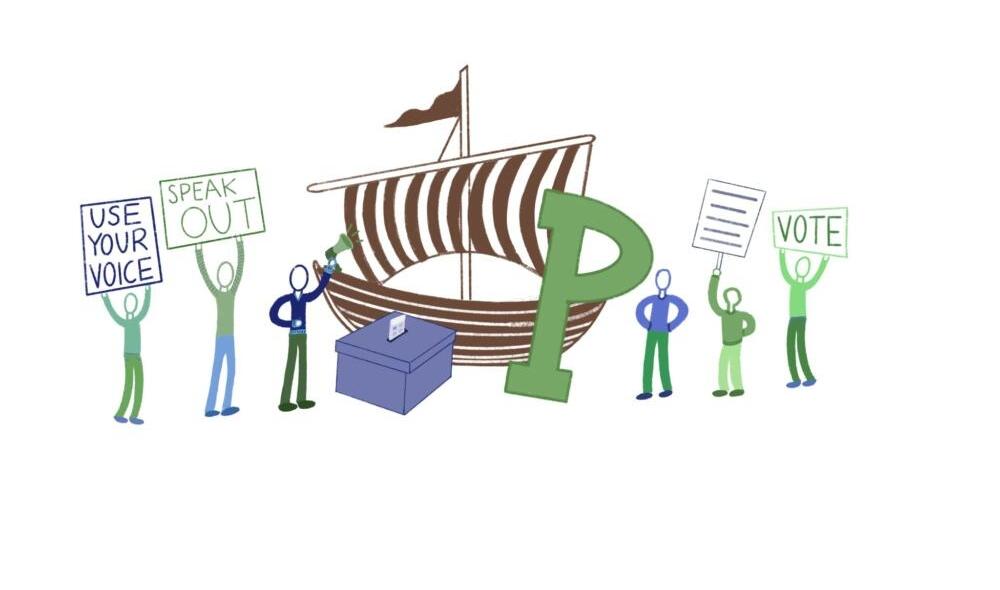 Opinion: Peering into politics: My experiences with democracy

“An Arizona Trump rally and voting rights march underscore the fight for democracy.”

These headlines and similar ones plaster the front pages of news outlets like the New York Times and CNN. When I first discovered that I could have my own opinion on popular topics, not just copying those of my parents or brothers, it was like being tossed into an ocean of information where I was left to drift until eventually being able to think independently.

I am the youngest of three brothers and my siblings are stereotypical STEM engineers who devoted an excessive amount of time to Palo Alto High School’s reputable robotics club. I knew that STEM was not my true passion, and was struggling to find out what interested me — that is, until November 2016, the month of a notorious presidential election year in American history.

A middle school club hosted a mock election between the two candidates, Hillary Clinton and Donald Trump, and I was eager to participate in my first election. However, when it came time to check a candidate’s name on the ballot, I realized that I knew almost nothing about either one. How could I be prepared to vote for a candidate but have no idea what their platform was? Even though my personal vote did not make any difference, it was empowering to feel like I was actively engaging in the democratic process that makes American politics unique. I still needed to look up each candidate’s voting history, endorsements and causes they supported in order to make sure I had a thorough enough understanding of the kind of candidate I was going to vote for.

It was like being tossed into an ocean of information where I was left to drift until eventually being able to think independently.

One incredible opportunity that has given me the chance to pursue my political interests is participating in Rep. Anna Eshoo’s Student Advisory Board which started in November 2021. While on the student advisory board, I learned about policies that Congresswoman Eshoo sponsored, specifically ones that affected me directly — such as a section in the hotly-debated Build Back Better Act. In it, she proposed an increase in funding for mental health programs in public schools, which directly impacts students at Paly. Working closely with her and learning about policies opened my eyes to the ways my life was impacted by the work of seemingly distant politicians — and added to my desire to become more politically engaged.

According to an anonymous Verde survey of 237 Paly students conducted from Jan. 26 to Jan. 31, 77.6% of students consider politics at least moderately important to them, while only 56.6% consider themselves somewhat or more politically active. For a student body where the overwhelming majority values politics, there is more that students can do to actively participate in politics to make a lasting impact.

The best thing to do is to prepare yourself to vote when you turn 18. According to the US Census Bureau, only 51.4% of eligible voters 18-24 voted in the 2020 election, the lowest turnout among all age brackets. Knowing when important elections are and educating yourself on relevant issues and different candidates’ proposals will better prepare students for when they vote. Also, California offers pre-voting registration to sixteen and seventeen-year-olds so that their registration is activated when they turn 18.

Many students at Paly have voiced concerns about course curricula, various student support services and even the quality of school lunches. It is important to go beyond just voicing concerns and highlighting problems; you must actively be part of the process of addressing issues that matter. So go out there, register to vote, proactively research, and keep your eyes on the systems that have so much control over our lives.