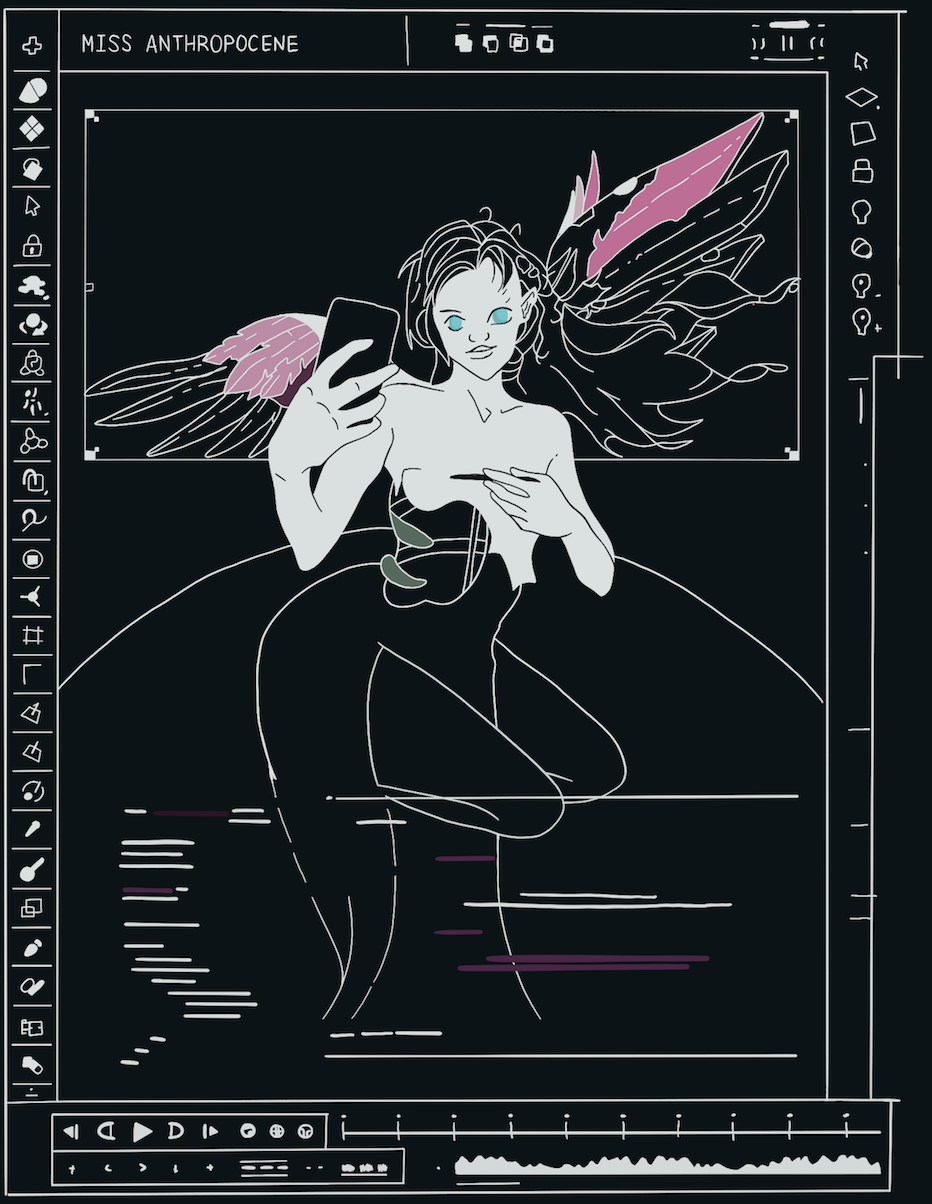 Is this the sound of the end of the world?: Why “Miss Anthropocene” is a prophecy worth listening to

“Miss Anthropocene” is the fifth studio album from writer and producer Claire Boucher, better known as Grimes. After the success of Boucher’s fourth album “Art Angels,” “Miss Anthropocene” was a highly anticipated release. Boucher, who has been writing, producing and performing as Grimes since around 2010, has never been one to identify with a genre. Each album is distinct and unique, creating little worlds of their own.

While “Art Angels” was an exploration of pop, bubbly instrumentals with melancholy lyrics about heartbreak and yearning, “Miss Anthropocene” is unabashedly dark and grungy. Although the idea of a concept album written in the perspective of climate change personified was initially polarizing, “Miss Anthropocene” stands out as an incredibly rich and layered piece of work. Dissecting the world we live in, the album is crawling with sludgy, industrial tracks, some alluring and some agonized.

Plunging into the realm of “Miss Anthropocene” is like slowly descending below the ground. The viscous journey into the album begins with “So Heavy I Fell Through the Earth.” This song was the second official single off “Miss Anthropocene,” released in Nov. 2019. The song is slow and haunting, Boucher’s crooning fully submerging the track in murky woe.

Following “So Heavy I Fell Through the Earth” is “Darkseid,” an eerie and brash song featuring Taiwanese rapper Pan Wei-Ju. Falling somewhere between a throbbing in one’s temples and the fear of an imminent threat, Darkseid leaves the skin prickling.

“Delete Forever,” the final single, is one of the stand-out tracks on the album. Rather than distorted sounds and synths, the song opens with a strong, acoustic guitar riff. An ode to the death of friends, “Delete Forever” is the waving of a white flag, surrendering to agony. While holding its head high, “Delete Forever” also sheds a tear for those lost.

“Violence” is as sultry as it is fatal. A pulsing beat easy to dance to, “Violence” is an invitation into the unknown. Building up and giving out, the song alludes to manipulation of power, gaining control by allowing control to be given away. As Grimes breathlessly toys with this concept of domination, the track lets one get lost in the violence.

The song “4ÆM” is a beast of its own, a marriage of mysterious allure and flashing mania. The song’s slow silky verses build up into a chorus spilling with energy, akin to speeding through a tunnel, fast paced and loud. The juxtaposition between these two elements are what makes the song so impactful. A high always needs a low, and “4ÆM” achieves this seamlessly.

Coming off the rage of “My Name is Dark,” “You’ll Miss Me When I’m Not Around” is a sobering song about suicide. Melodic and strangely sweet, the song is a kiss goodbye, the acceptance of another life, the forfeit of another day. “You’ll Miss Me When I’m Not Around” burns with remorse all while giving a soft squeeze, just one last glance before disappearing into the crowd.

Finally, “Miss Anthropocene” ends with “IDORU.” Easily the longest song on the album with a play time of over seven minutes, “IDORU” is an uplifting love song unlike any of the other tracks. The song begins slightly shy and grows in confidence as the beat builds up, breaking into an energetic admission of adoration as its chorus. For such a dark piece of work to end on such a sweet note is reflective of the hope we all choose to hold onto when thinking about the future. That in such a broken world there could be a light at the end of the tunnel, if we listen to what our planet is asking of us, making changes and acting out of love.

The bonus track “We Appreciate Power,” which is devoted to A.I., is a song giddy about the reign of artificial life forms. When thinking about how fragile we are, susceptible to illness and disease, one has to call into question how sustainable human life truly is. Maybe the future of our planet does require a change in traditional human life, and maybe “Miss Anthropocene” isn’t that far off from our reality.

As a whole, “Miss Anthropocene” is an incredible album that presents a collection of unparalleled tracks. Each song is able to evoke its own feelings in listeners, and the journey through the album is as thought provoking as it is emotional. Given the general theme of the end of the world, “Miss Anthropocene” feels that much more relevant during the current global pandemic. From expressions of fear to uncertainty to a murky future, the album speaks to the state of the world today. Lyrics like “Unrest is in the soul” and “Is this the sound of the end of the world” hold a different significance than they did three months ago. Whatever the future may hold, “Miss Anthropocene” still stands as an incredible album, and quite possibly, an important warning.