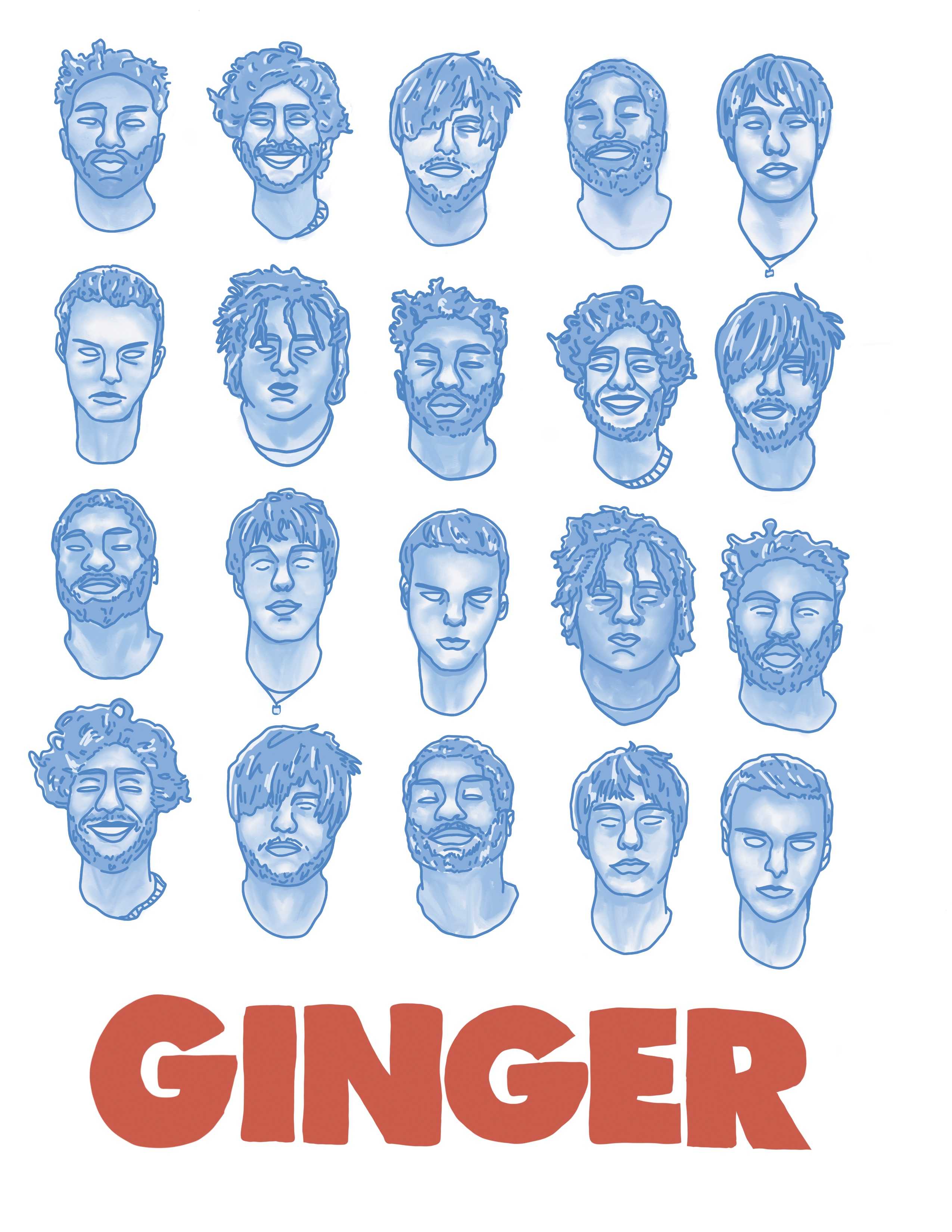 Blue, green and red lights shone on the crowd in the Bill Graham Civic Auditorium in San Francisco. The fans, who had been jumping and dancing to the music just minutes before, were now swaying and hugging each other. The crowd whispers “Who got the feeling? Tell me why I cry when I feel it,” as the screen behind the stage projected the faces of the audience. Different ages, genders and backgrounds all came together to sing a song that meant something special to each of them. This is the community Brockhampton creates.

Brockhampton, a rap collective from San Marcos, Texas, are the epitome of Gen Z. Its 13 members are from varying backgrounds, but have come together to create music that appeals to an audience as diverse as the band. The self proclaimed “world’s best boy band” has produced a staggering five albums in the last three years, with their latest, “GINGER,” released on Aug. 23.

After Brockhampton’s successful “SATURATION” album trilogy, they signed a $15 million deal with RCA records for six albums over three years. Two months after signing, Brockhampton announced on their social media that member Ameer Vann — an essential part of the group with a distinct flow — left the group due to sexual misconduct allegations against him. Vann’s sudden departure amidst a quick-paced record deal called into question whether Brockhampton favors quality or quantity in their newest music.

When Brockhampton came out with their first album after the RCA signing, “Iridescence”, quantity ruled. Hopeful fans were expecting the album to be a resurgence after the loss of Vann, but the album felt incomplete and it failed to address the Vann situation. However, this was greatly improved upon in  this year’s “GINGER”.

Compared to their previous albums, which included hype songs with witty rhymes and catchy choruses, “GINGER” is more mature, centered around a theme of sadness, personal experiences and Vann’s departure.

The album starts with three stellar songs: “NO HALO”, “SUGAR” and “BOY BYE”. The acoustic guitar and bass beat behind rap verses in “NO HALO” smoothly transition to featured Deb Never’s breathy chorus, providing ambient tones. The song captures a “moody” energy that is relatable to many sleepless nights. “SUGAR”, the most popular song in the album, has a beautiful chorus and powerful verses that talk about missing a special person. “BOY BYE” does a seamless job of using all of the members’ unique voices in a single track, creating a smooth flowing song.

Unlike these three songs, the rest of the album is more story driven rather than melody driven. Tracks like “DEARLY DEPARTED” exemplify this approach to songwriting: it has three verses from different members about how they each coped with Vann’s absence. The song “GINGER” is deeply depressing, with lyrics like “Tell me, goddamn, what God made me for?” and “You still think I’m a joke … I still think I’m a joke.”

Compared to their previous albums, which included hype songs with witty rhymes and catchy choruses, “GINGER” is more mature, centered around a theme of sadness, personal experiences and Vann’s departure.

Because the “SATURATION” albums in 2018 came out with only months in between, Brockhampton fans had been spoiled with good music and little wait time. Raj Sodhi, a Palo Alto High School senior and listener of Brockhampton since 2017, thinks the changes have caused the group to lose their way.

“Their whole thing about being super diverse, and how Kevin [the leader] is gay: that sort of new American, that’s why they call themselves the all-American boy band,” Sodhi said. “Then they went to London and recorded ‘Iridescence’. That doesn’t fit with their brand. Them creating YouTube videos in their backyard, that’s American. Them going on Beats One in London? That’s not Brockhampton.”

When it comes to the question of whether Brockhampton is valuing quantity over quality, responses are mixed. The answer seems to sway to quantity because of their record deal of six albums over three years, but the quality in the songs of “GINGER” are still similar to earlier albums, and definitely worth a listen.